Unlike the current GPU market, it's quite an exciting time to be on the hunt for a new CPU. With 12th Gen arriving just days ago, topping charts and retaking the gaming throne, the battle between Intel and AMD hasn't been this lively for years. But with this refreshing clash of the titans comes some tricky decisions to be made if you're in the market for a new gaming processor.

The benchmarks have been pretty close in some cases, and with both 10th Gen Intel barely a year old, and 11th Gen launching just 8 months ago, there's a wealth of options available offering some seriously good value.

Today then, we'll be going through our top picks for the best gaming processor based on several factors, including performance, value proposition, availability, and potential motherboard costs.

That said though, for fairness we'll be ignoring the new Z600 DDR5 series motherboards for now. Besides being a new platform, the DDR5 versions come with a cutting-edge feature set, including the ultra-high bandwidth of PCIe 5.0. As such, the pricing reflects this and so would unfairly skew our picks by hiking the associated costs of 12th Gen processors well above any of the other processors in our list.

You could argue that's the whole point, especially when talking about value proposition, however it doesn't make sense for most people to be investing in one of these motherboards; the performance uplift on offer from DDR5 memory is negligeable compared to the much more affordable and mature DDR4 memory, and we've yet to see the limits of PCIe 4.0 surpassed by currently available hardware. So, for the intents and purposes of this article, we'll be assuming that any 12th Gen processors are going to be paired with the more sensible, and more reasonably priced DDR4 platform, keeping them in line with previous Intel generations, as well as AMD's offerings too.

Considerations and criteria aside, without further ado, let's dive in...

First up on our list, and by far one of the best budget gaming CPUs on the market, we have Intel's Core i5-10400F. 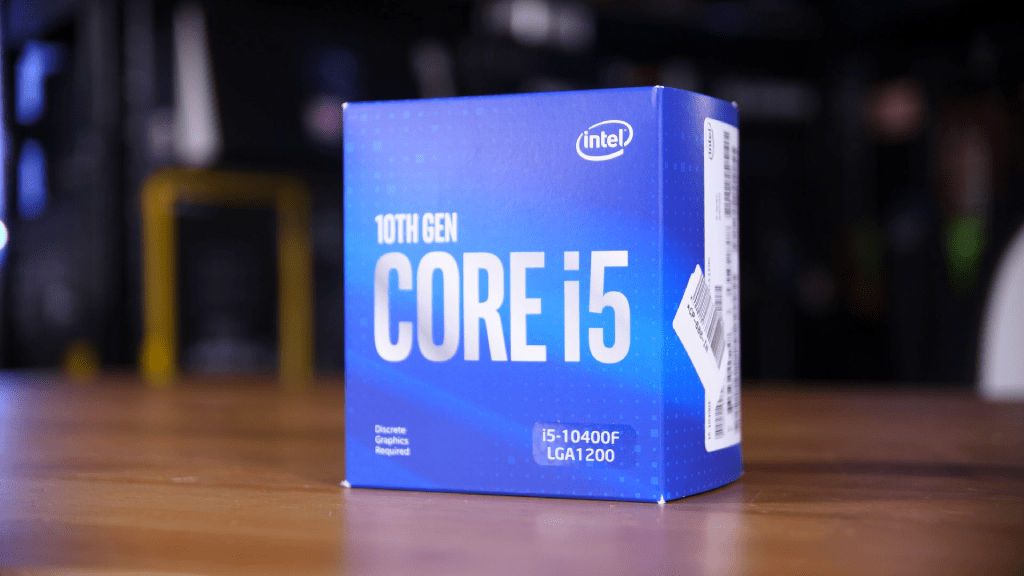 Starting its launch on the backfoot, the 10400F was previously contested by the far more attractive AMD processors which sat either side of its flanks. There was the R3 3300X, an almost £50 cheaper quad-core CPU with remarkable processing power, and the R5 3600, another six-core CPU with on par performance and a slightly cheaper price tag. Adding to the contest was the fact that AM4 motherboards were markedly cheaper than Intel's then new 500 series chipsets, and it made what was otherwise a fantastic processor incredibly hard to justify.

However, jump forward a few months and the 3300X supply had quickly vanished, seemingly never to be replaced. Jump ahead a few months more and Ryzen 5000 hit the market, dominating Intel 10th Gen and quickly finding demand outstripping supply, resulting in the inflation of both the new and previous generation AMD processors. And yet, all the while, the price of the 10400F and 500 series motherboards were falling. Throw in the sooner-than-anticipated arrival of Intel 11th Gen, imminently followed by the recent launch of 12th Gen, and prices came down a pinch further - which is where we are now.

This fantastic six-core processor with boost clocks of up to 4.3GHz delivers astonishingly good performance in games, whilst coming in at as little as £130. Unlike many of the higher-end processors from Intel's 10th Gen line-up, the 10400F offers far better efficiency with a TDP rating of just 65W, making it easier to keep cool, and thus allowing it to boost to those higher clock speeds.

With the absence of AMD's CPUs at this price point, and no sign yet of lower-end 12th Gen SKUs, this really is the best budget CPU for gaming right now.

Despite those lower-end 12th Gens still being hidden away, there's a pleasant déjà vu awaiting us in the ranks of an otherwise underwhelming and disappointing 11th Gen. And that would just so happen to be our pick for the best processor in this next category: Intel's Core i5-11400F. 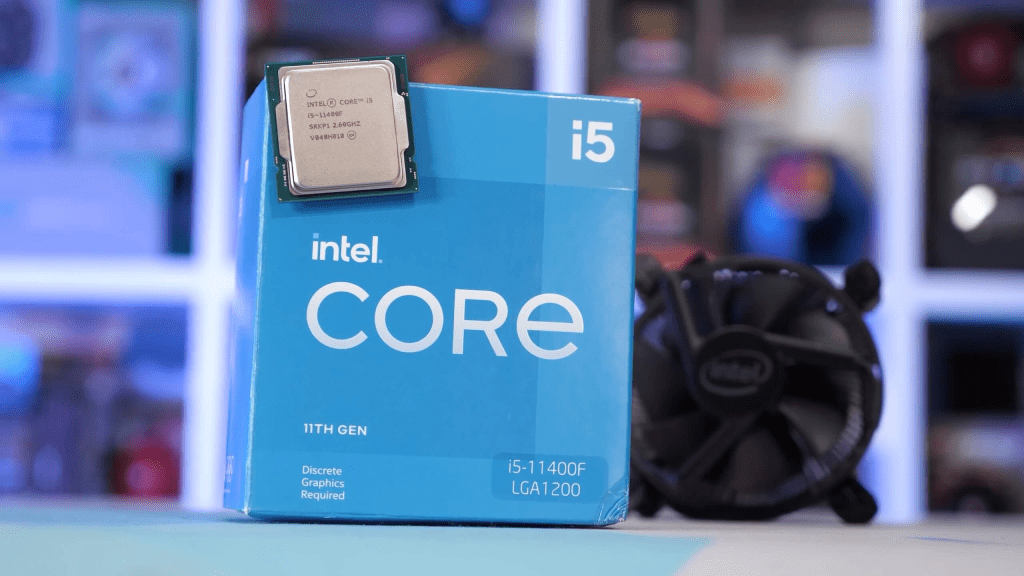 Similarly to its previous generation counterpart, the 11400F was arguably one of, if not the best gaming processor to come out of the Rocket Lake line-up. Punching well above its weight and brushing shoulders with the i7-10700K, as well as the more than lacklustre i9-11900K, this excellent six-core CPU wasn't just giving AMD chips a run for their money.

The most exciting implication here though is just around the corner - with the top half of the Alder Lake line-up now available, we'll soon get to see the i5-12400F. Given how much of an improvement 12th Gen has been over 11th Gen, I for one can't wait to see how it performs. And hopefully whilst remaining as near as possible to this £150 price bracket... For now though, our pick for the best gaming processor at this price point has to go to the i5-11400F. 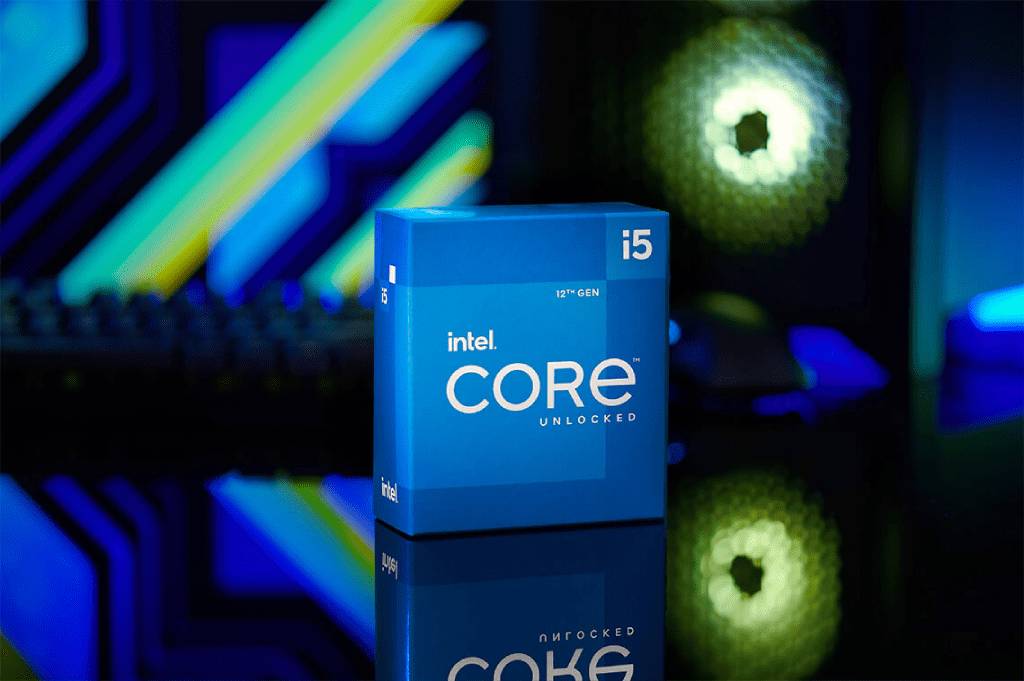 Quietly arriving barely half a year after their previous generation, Intel's new Alder Lake processors have done a fantastic job so far at either meeting or beating AMD's Ryzen processors. Besides IPC gains, this is in part thanks to a new architecture featuring their so-called "Power" cores and "Efficient" cores (or P-cores and E-cores respectively).

It also seems to be thanks to these additional E-cores that the i5-12600KF does so well compared to AMD's competing processors, with the 12600KF having 6 P-cores, plus 4 more E-cores, giving the chip a total of 10 cores and 16 threads (since E-cores don't support hyperthreading).

Granted, this does mean that the P-cores likely aren't as powerful on their own compared to AMD's cores in a "1-on-1" scenario, not to mention they still require more power. But ultimately, it's irrelevant; the 6p+4e combo places the CPU almost perfectly between the R5 5600X and R7 5800X with just a 1-2% performance margin on either side. But it only costs around £240-£260.

That said, with all three processors offering remarkably similar performance, this one really is entirely down to pricing and availability - whichever you can get at the cheapest price is going to be the best choice. And in my books, that's not necessarily the worst predicament to be in. Speaking of which...

As we climb towards the top of the gaming CPU stack, the gap really is starting to close between contenders. In this case, we had to opt for a tie, with both the i7-12700KF and R7 5800X similarly offering some superb performance. Capable of racking up an average of 190+ fps at 1080p high-settings when paired with a suitably powerful graphics card, these two processors will do a sure-fire job of keeping you GPU-bottlenecked for quite a while. 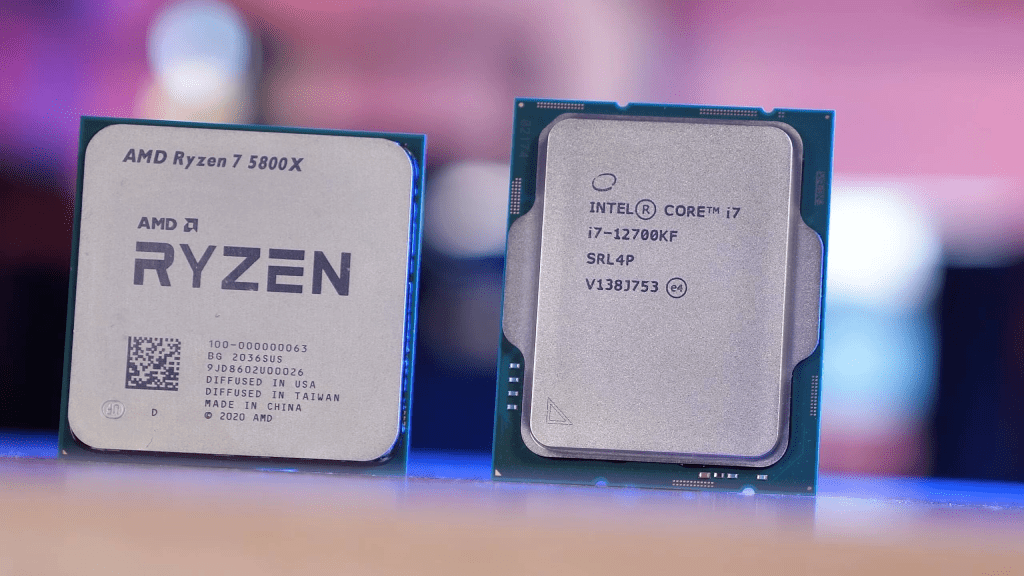 If we were to talk productivity however, the story would be slightly different, with the 12700KF taking a definitive lead over the 5800X. That in itself would be enough to give us a clear winner, but our focus here was always on gaming, and seeing as the 12700KF is only 1.5% faster on average, that's hardly enough to call it.

Much like in our previous category, with both processors offering almost identical performance, the clincher here comes down to price once more, and it seems that currently that choice could be made on a coin flip - the Intel and AMD part can be found for as little as £360, or as much as £390, and stock still seems to be plentiful for both. So we'll let you be the judge on which you'd prefer in your own rig.

Although it's been a while since we've had a list so predominantly in favour of Team Blue, for our final category Team Red still manages to come out on top.

Even though it's by no means the fastest gaming processor on the market, with both the R9 5950X and Intel Core i9-12900K outperforming the 5900X, they only do so by a margin of 1% and 3% respectively. What's more, you'll be shelling out some serious cash for the privilege, with both CPUs retailing anywhere upwards of £580-£600, and in some cases even approaching the £700 mark. The 5900X, however, comes in at a comparatively cool £480. 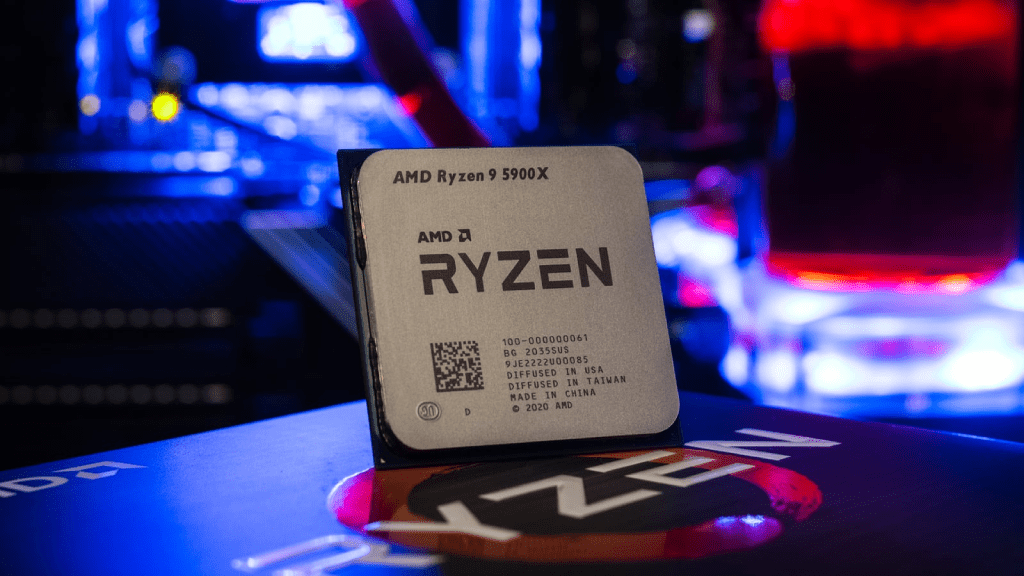 That said, as mentioned previously, differences in gaming performance at this price point are nigh unnoticeable outside of benchmarks, with anything upwards of the 5800X offering almost identical performance. Once again, this is perfect proof that what we really need when it comes to gaming is powerful GPUs. As such, if you've got the cash spare to spend on a CPU in this price bracket, I'd be inclined to dissuade you from doing so, and would instead recommend saving the money for upgrading other parts of your system.

With so many different processors available right now, all spanning multiple generations, picking the best CPU for gaming is indeed tricky business. But hopefully this article has helped in clearing up some of that confusion, and has helped you to find where the best value and performance is for you and your budget.

But to round things off, and with everything compared and considered, we thought we'd leave you with our pick for the best of these processors overall.

For us, that trophy would have to go to the i5-12600KF. With performance almost on par with Core i7 and R7 processors, and only a few percent behind the i9 and R9 parts, it's pretty hard to argue with its ~£250 price point. With that said, and as mentioned earlier, we're still pretty excited to see how the 12400F turns out, and well, if it does manage to hit that £150 mark whilst delivering performance just shy of the 12600KF... we may just have to review this article...

If you enjoy posts like this one, or want to see more of them, then please do like, share, and join the discussion in the comments below!