To the uninitiated first-time PC builders, the technicalities of understanding PC components can be a daunting challenge. Whether it's trawling through jargon words or struggling to understand the differences between a CPU and a GPU, you need to understand what you are putting in your PC if you ever want to get the best system that you’ve always dreamed of. 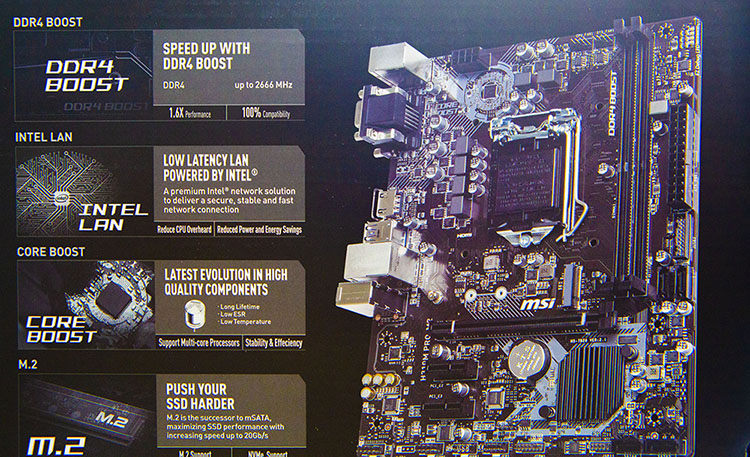 This is especially true and is surprisingly overlooked when it comes down to choosing your motherboard. A motherboard is the mechanical spine of your PC – the clicky structure that links all the different components together. Consider it the hub that fluidly connects all your computers devices.

As a motherboard can come in many shapes and sizes depending on needs, brands, budgets and speeds, today we will be exploring the latest Intel motherboard variants that are found in many commercial motherboards; hopefully giving you a better understanding of which motherboard is best for you. Let’s get right into it!

Intel chipsets are found to be in most major motherboards, from Gigabyte to MSI. When initially searching, it’s easy to get lost in a forest of letters and numbers - “B chipsets?! H310 or H370?!?” Stop panicking. It’s not as technical as you may think.

A chipset works as a motherboards communications center that determines what components are compatible with your motherboard, including the RAM, CPU, graphics cards and hard drives. This can determine what your options are when you wish to expand your components in the future, which can also determine whether you can overclock your system.

Pretty important, right? Lucky then that you’re reading this article and not winging it like your mate Dave advised.

Let’s get down to understanding the different types of motherboard chipsets. The numbers that follow the letter are unique to a particular socket for the CPU. For example, the socket 1150 or socket 1151 currently fit the i3/i5/i7 CPUs.

You will notice with each chipset that there is a seemingly random letter that precedes three numbers. These letters define the various features and use's for each motherboard and should be given certain attention depending on what you are looking for from your motherboard and overall computer, like overclocking abilities.

Here’s a quick guide as to how those chipset series letters work:

H series motherboards are the basic variant that you will find in many budget PC builds.

B series are business angled motherboard built with ports and connectors that will specifically benefit businesses tasks. 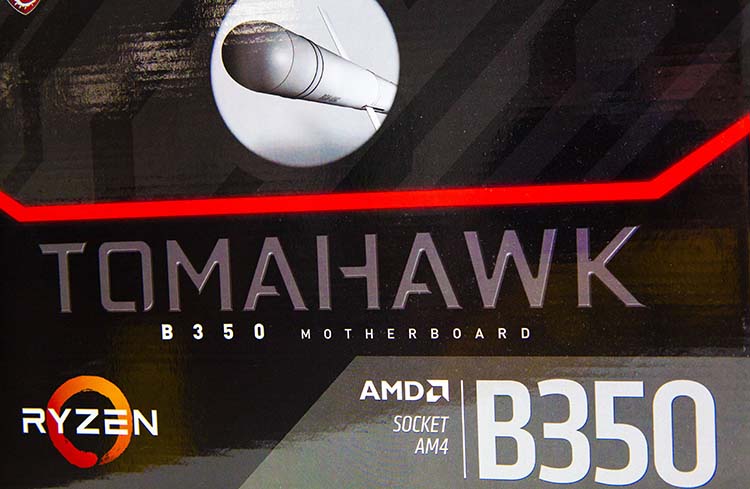 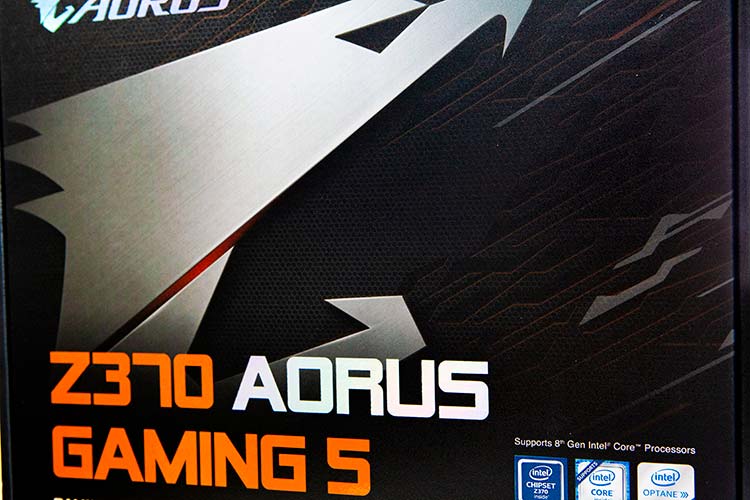 Now down to the recent Intel range: In April 2018, Intel revealed their full array of 300-series chipsets for their 8th generation Coffee Lake CPU’s. If you want to buy the latest, advanced Coffee Lake processor, you’re going to need a new Intel 300-series motherboard chipset. Older motherboards won’t work with these new chips. While the Coffee Lake chips have a lot of similarities with the previous Intel Skylake and Kaby Lake chips, Coffee Lake chips pack more cores and require different power requirements for their new architecture.

If you are a PC enthusiast, Z370 motherboards are the ideal component for your PC. Supporting CPU and memory overclocking (dependant on whether you have an unlocked chip), they are built to handle gaming rigs with multiple GPU’s. A Z370 has the most PCI-E lanes, USB ports, and storage options. This is Intel’s flagship chipset.

The Z370 boasts more HSIO lanes and allow board makers to play with more features such as SuperSpeed USB ports or NVMe SSD connections. The Z370 also has the most high-speed I/O lanes. Impressed?

On paper, this chipset has the most impressive spec set. However, as this is the original flagship 8th generation motherboard chipset, there have since been other Intel motherboard chipset variants that come with features that the Z370 lacks. Keep reading to make sure you buy the perfect match for you!

If you don’t like to tinker too much with PC components, the H370 is the motherboard chipset for you. The H370 is only a step behind the Z370 but doesn’t support the promising expansions that the previous chipset boasted, such as overclocking support, multiple graphics cards, and some more expansive features. Other than missing the features that are for more dedicated builders, you’ll find that the H370 is largely similar to Intel’s flagship model.

Now we start to trim the fat. B360 motherboards feature less USB ports, fewer PCI-E lanes, and a significant lack of RAID support for Intel’s Rapid Storage Technology. Still, don’t doubt the B360. They are still packing swift USB 3.1 Gen. 2 ports and Optane Memory support that will boost your hard drive speeds to next levels close to SSD speeds. Consider these if you are looking for a great value-for-money motherboard for a mainstream PC that you aren’t looking to push.

If you are looking for a really stripped back motherboard, the H310 will catch your eye. These are cheap motherboards that will suit systems with simple uses. A warning: H310 motherboards will limit your capabilities and won’t allow you to experience a lot of Intel’s newer features. The H310 has far less USB and SATA ports and has a much slower PCI-E 2.0. Check out the specs to make sure that these motherboards will work with what you have planned for your PC.

In May, Intel confirmed that a new high-end Z390 motherboard chipset would be available for purchase, promising to blend the capabilities of the Z370 with the other exciting features of the more recent 8th generation motherboards. This includes Intel wireless networking and up to six (wow) USB 3.1 Gen. 2 ports. While a release date has not been given, it is certainly coming later in 2018.

What’s new from these motherboards chipsets?

Now it’s time to consider what you want from your motherboard’s chipset and what it will mean for the rest of your PC build. These new motherboards feature a wealth of new features that are perfect for gamers, such as wireless networking that has been moved into the controller hub itself using Intel’s CNVi wireless-AC technology.

The H310, H370, and B360 motherboards are boosted by superb 10Gbps USB 3.1 Gen. 2 ports into their chipsets that work as fantastic integrated support; an amazing step for bringing fast technology to affordable motherboards. Although, there is a catch: adding USB 3.1 ports will mean a weight on your motherboards HSIO lanes.

The H310, H370, and B360 motherboards also feature Modern Standby/Smart Connect features that allows your computer to sleep and remain connected to the internet to do tasks like continue to update your email. While this was a feature previously only able to laptops, Intel has made it a first with these desktop PCs. It also means that your PC can remain active in an idle state while using a lower power state. Pretty snazzy, right?

There is also an exciting new feature made available called Ambient Computing. Your computer will have wake-on-voice command features that are similar to smartphones Google Assistant or Alexa, even when the screen is off.

Which motherboard chipset is for me?

The Z370 is the ideal motherboard for most PC builder’s, however, as we’ve gone over, it’s evident that the later variants do offer more specific features. Are the H310, H370, or B360 suited to you for the added features? 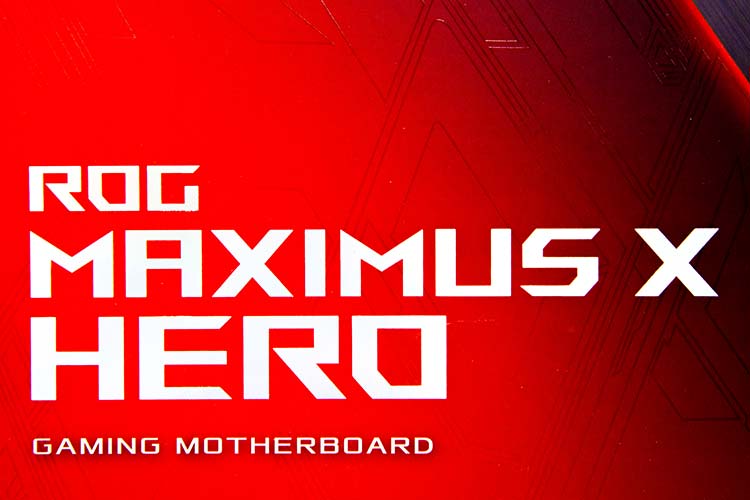 As we’ve seen, if you’re on a budget then you’re probably best set towards focusing on either the H310 or B360 chipsets. As entry-level chipsets, these are a fantastic value for money that will let you build an affordable and functional system. Still, the B360 does stand out between the two, including some awesome features such as Intel Optane Memory and PCIe 3.0 lanes that support up to four USB 3.1 Gen. 2 ports.

In this case, it’s best to pick the B360 over the H310 for its more mid-range features and more advanced abilities. For consumers, this means that you’ll be getting far better integration at a much cheaper cost. However, is this all necessary? The B-series have been angled as a more business-orientated system, so remember: always consider what you are looking for from your PC before you start buying and building components.

Finally, as is usually the case when buying PC components, the final part to always consider is to find a 300-series motherboard that will fit your needs. While we have examined the internals of the new Intel motherboards, sellers and vendors will be able to tweak and configure hardware – meaning that two boards of the same variant might be slightly different, perhaps featuring interchanging features, added port configurations, RGB lighting, or fancy audio.

Consider what you are looking for in your PC and make sure to research vendors and what they offer from their motherboard selection.

Remember, the motherboard is more important than many people give it credit for and will be the basis for what will define what your PC or workstation is used for, be it business or high-end gaming.