The global chip shortage is causing problems for the production of everything from games consoles (the mass shortage of Xbox Series X/S and PS5 consoles as well as Nvidia graphics cards) to smartphones.

The shortage couldn’t have come at a more problematic time, as there has never been a higher demand for consumer electronics.

So chips are on everyone’s mind as we have a look at how artificial intelligence is being used to design them.

How are chips currently designed?

The way that silicon chips are designed and made has stayed the same for the last few decades. All computer chips are divided into blocks, with each block representing a specific module. It’s up to the engineers working on the chip to figure out the most practical way of laying out the blocks for optimal performance and minimal surface area. Think of it as an incredibly complex game of Tetris.

The problem is that, according to Moore’s Law, the number of transistors on a chip doubles every two years as the technology progresses. This means that chips are getting exponentially more complicated all the time. In this regard, there’s only so much AI can really do to help. However, when it comes to chip design, there is a potential AI revolution brewing.

Chip floor planning is comfortably one of the most time-consuming parts of creation. Designing, developing and producing a new chip is a task that can take dozens of expert engineers several years to accomplish, even today. It’s an increasingly complicated task that has to create a perfect balance between power and performance, while adhering to density and routing congestion constraints.

The chip design landscape, however, is slowly shifting, with hundreds of new chips being designed by AI, a practice that many industry leaders feel could shorten the design process from a few years to a matter of months. 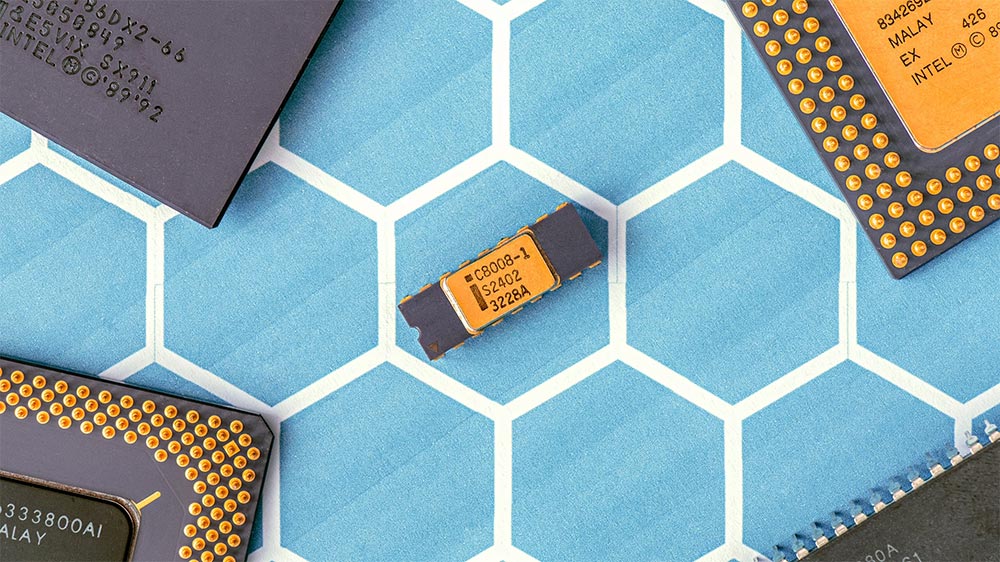 How AI is being used to speed up the design process

AI works to automatically identify the optimal way to arrange components while reducing the area and power consumption and boosting performance. It achieves this by using a system called reinforcement learning, which evaluates all available alternatives in minutes. The same process would take human engineers countless weeks.

There have been hundreds of attempts at optimising the process in the past. But it’s only recently, with Google’s deep reinforcement learning process, that real breakthroughs have been made.

It works by reframing the chip placement problem as a reinforcement learning problem, so the AI can learn from past experiences and improve over time. It’s thought that this new technology could significantly shorten the time it takes to generate the layout of the blocks in the initial chip design.

Google is not the only company making waves in AI chip design either. The intelligent chip explorer being dubbed “Cerberus" by Cadence also uses reinforcement learning by optimising the flow of multiple blocks. Nvidia has also thrown their hat into the ring, with the GPU specialists announcing recently that they were experimenting with deep convolutional and graph-based neural networks for their latest chip designs.

Find out how our smart and efficient deep learning platforms can help your research and development projects.

All of the heavy-hitters in Silicon Valley have already made their intentions clear when it comes to the future of AI-driven chip design. Earlier this summer, Google unveiled that its deep reinforcement learning technique was being used to design the latest Tensor Processing Units and Samsung is following close behind with their investment in AI chip design firm Synopsys.

Samsung will be using bespoke Synopsys technology to design the chips for their wildly popular range of smartphones using a tool called DSO.ai. This is a “design space optimisation AI” software that works similarly to Google’s software and was inspired by the DeepMind AI that famously beat a human opponent at the Japanese game “Go” in 2016. The reasoning is that Go plays like an expanded version of the chip design process in that it’s all about finding and optimising space.

The fact that Samsung is confident enough to include this technology in their phones (which are among their flagship offerings) proves that there are real legs behind it but using AI in chip design might only be the first chapter of a very long story. And don’t forget, there’s still an increasingly grim-looking global chip shortage to overcome.

In the long term, the theory is that the more accessible and efficient chips designed and engineered by AI would help develop autonomous, 5G communication, and other AI devices: An AI creating its very own AI. Before we reach that point though, there might be a skills shortage to overcome first, as both manual and automatic processes behind the technology require experience and knowledge.

Get in touch with Novatech today to learn more about how we can support your AI projects.