In a recent post, we took a brief look at what the folks at CES 2020 had on offer. Among the many announcements was AMD's reveal of their missing GPU in their 5000 series line-up; the Radeon RX 5600 XT.

But what did it have on offer?

Well, allegedly the 5600 XT was set to become the new king of 1080p gaming, claiming up to 92fps in popular titles like Call of Duty: Modern Warfare, The Division 2 and Gears of War 5, and up to 147fps in big online titles like Apex, Fortnite and WoW: Battle for Azeroth. It was, without a doubt, an attempt to jostle out NVIDIA's GeForce GTX 1660 Supers, by offering outright better performance for the same price tag.

Which meant they shot themselves in the foot, ever so slightly...

The trouble is, having given NVIDIA a whole 2 weeks' notice before the 5600 XT dropped, AMD's rival had more than enough time to flick through their finances and bring the GeForce RTX 2060s right down. A quick look around at current prices suggests around £280 on average, compared to AMD's 5600 XT, which comes in at around £272. Of course, that probably leaves a lot of people thinking, 'Why bother with the 5600 XT if I can upgrade to the RTX 2060 for less than a tenner?' and they'd be right to think that.

But AMD weren't about to take it lying down...

On launch, the 5600 XT saw a vBIOS update no sooner than the retailers received them. I imagine the couriers had barely climbed back into their lorries by the time the update was live. In this incredibly narrow window, AMD had essentially attempted the old counter-counter move - but I think anyone who's played a fighter game on a low framerate knows how tricky that actually is to pull off...

But, they sort of did. It's definitely up for debate - because aside from doing very well to call NVIDIA's raise (or lower, in this case), it was however, a real pain for early bird consumers who'd barely installed their GPUs, and it also meant that those first wave 5600 XTs were out-of-date out-of-the-box, with newer models already in the works. 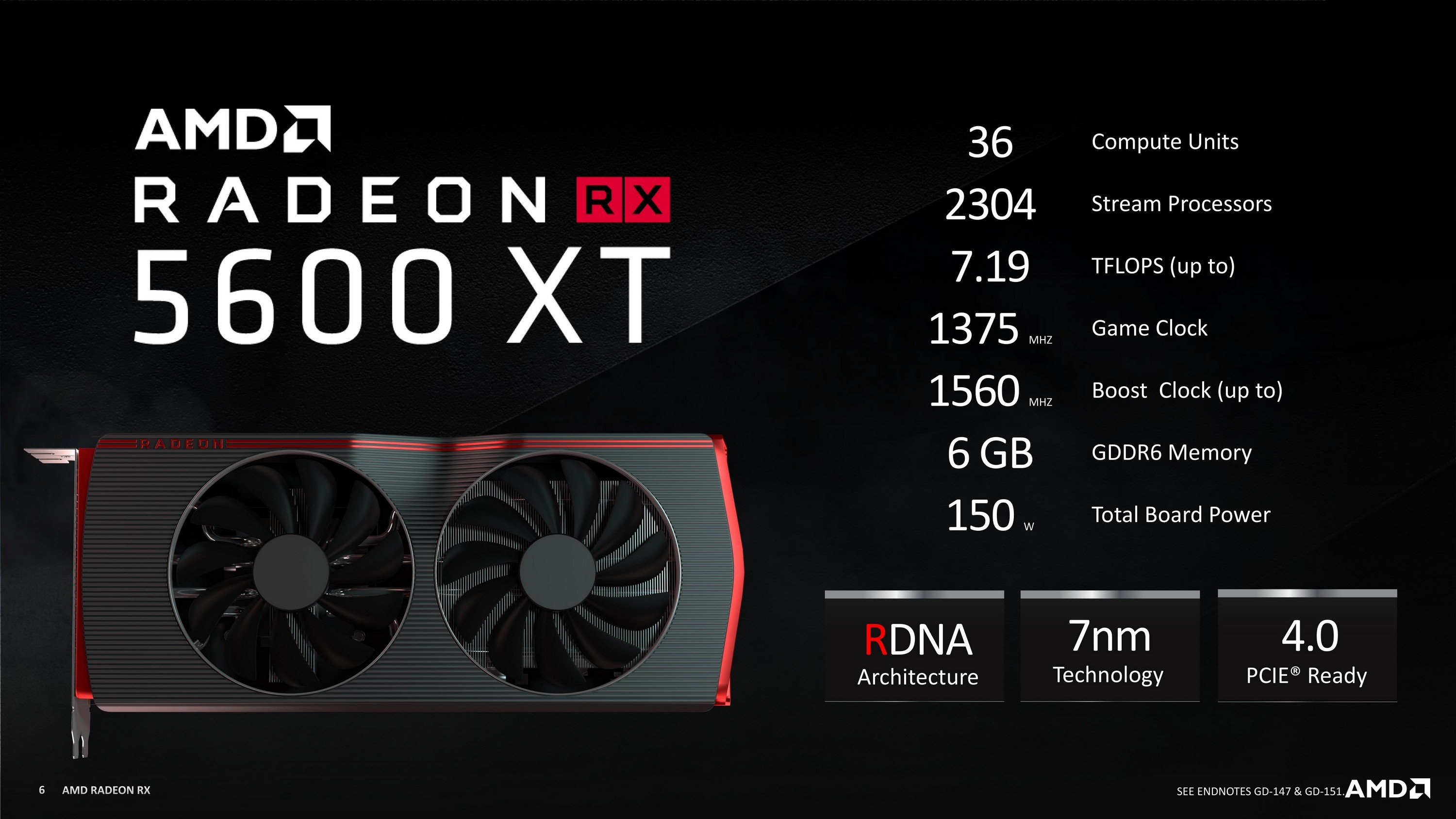 Essentially, what had previously been a tasty amount of headroom for overclocking was utilised by the new vBIOS update to push out the new 'base' specs for the 5600 XT, upping the game clock from 1460MHz to 1615MHz and the boost clock from 1620MHz to 1750MHz. Plus, the memory transfer rate would see a nice little leg-up from 12Gbps to 14Gbps. A substantial increase, given that the 5600 XT was originally set to run at 1375MHz with a boost clock of up to 1560 MHz.

With mishaps brushed casually under the carpet, how did it actually shape up?

In short, it did what they set out for it to do and then some. With the new OC'ed models adjusted, the RX 5600 XT easily outperforms the GTX 1660 Supers and in many cases, they can pip the GeForce RTX 2060 too. In fact, they do so well to smash benchmarks that it makes me wonder whether there's much point at all in bothering with an RX 5700... especially if you look where they fall in the 1440p benchmarks: 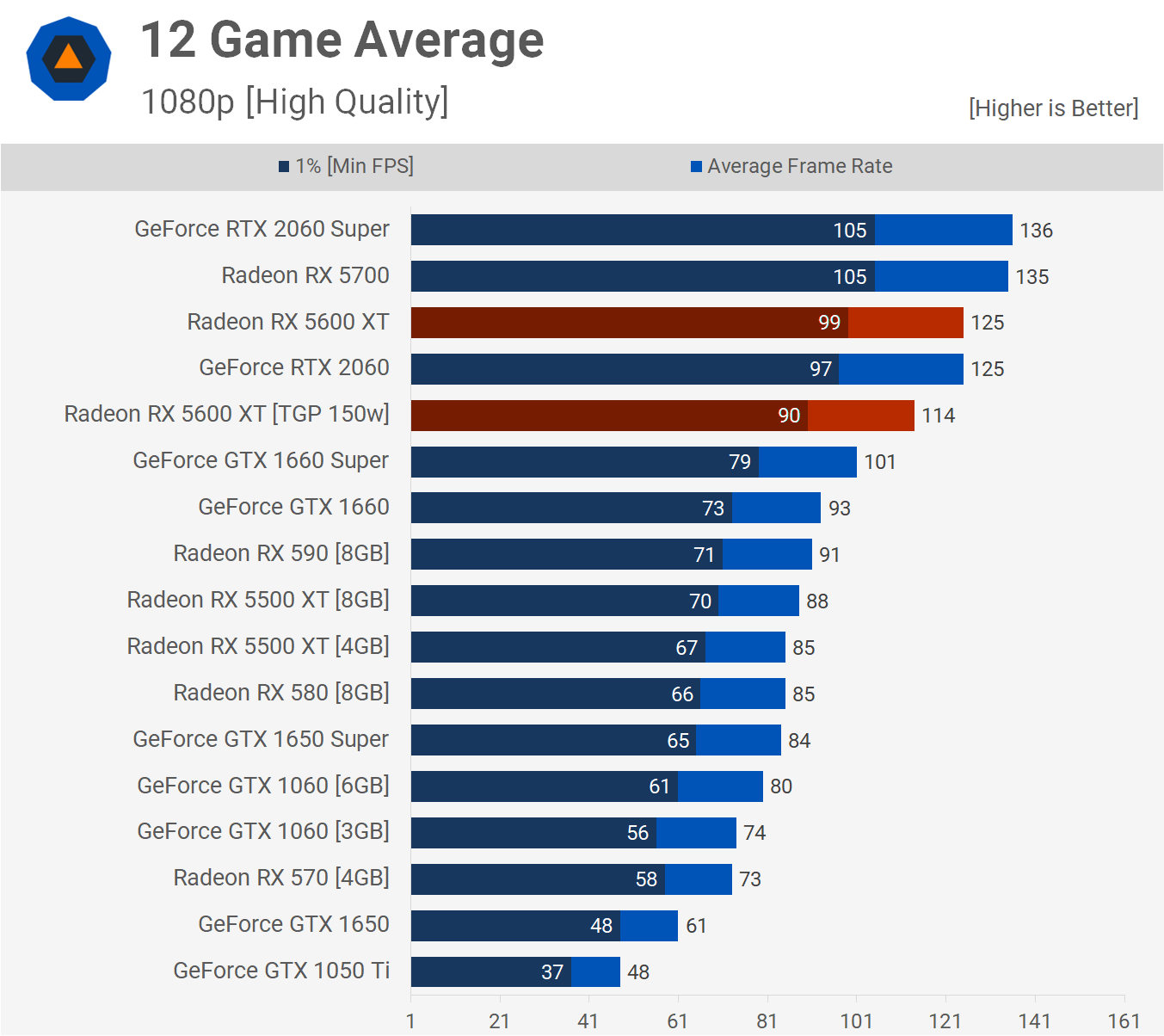 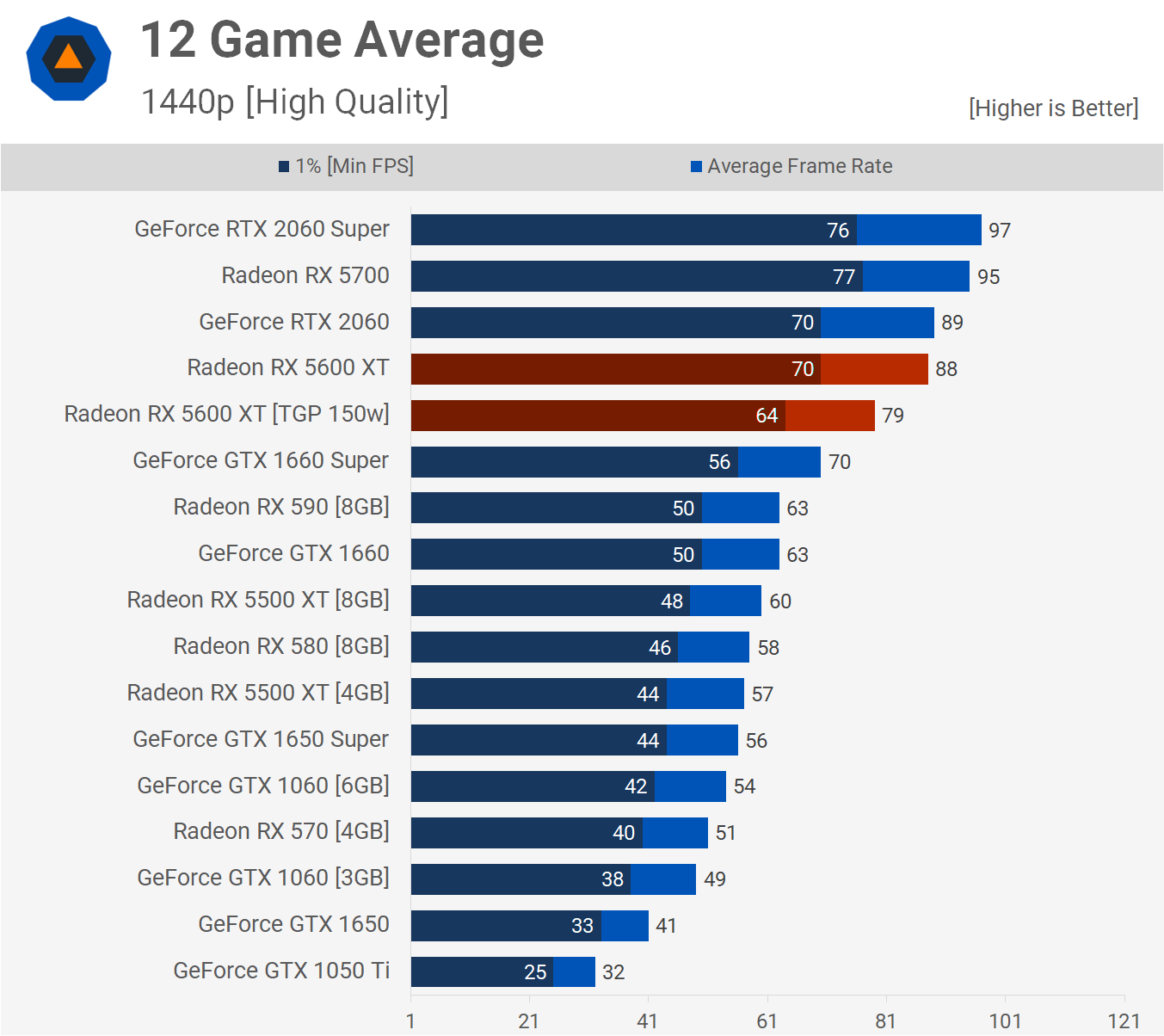 So what's the verdict?

Great value for money, I'd say. The 5600 XT is a really strong GPU for the 1080p gamers, and all at a cheaper cost, by quite some distance, compared to other competitors. And it even fairs well in the realms of 1440p too.

But with that said, in my personal opinion, if you've got an extra bit of cash to spare, or can wait a little longer until you do, then I'd just go for the 5700 XT, or the RTX 2060 (and if you can push for the super, even better). They'll breeze through high quality 1080p gaming and keep you set for 1440p gaming. Bear in mind too, they've still got room for overclocking, plus the extra VRAM on offer (8GB rather than the 6GB on offer with the 5600 XT), so they should also keep you covered for the many titles arriving in 2020. And of course, the GeForce RTX series actually has ray-tracing capabilities built in, so will cover you there too if it's something you'd want to take advantage of later on.

What are your thoughts on the RX 5600 XT? Would you buy now, wait until later, or something else entirely? Let us know in the comments.