×
Home Gaming and esports The Best E-Sports - CS:GO VS DOTA 2

Video game publisher, developer and distributor, Valve Corporation has given us two of the biggest games in the history of PC games back to back. We are of course referring to Counter Strike: Global Offensive released back in 2012 and Defense of the Ancient 2 in 2013. Also referred to as CS:GO and DOTA1, both games come from a rich legacy, being born from respective franchises.

These games have not only been marketed successfully, but have emerged onto the scene as THE E-Sports. With the impossible challenge of picking which of the E-Sports are better than the other, we will attempt to compare their strengths and weaknesses to see who comes out on top.

If you came here to see a fight between DOTA2 heroes and CS CTs, you won’t be disappointed - https://www.youtube.com/watch?v=Bi5GpojF1yk

Leagues and Tournament words, although used interchangeably, are a little different. This point should be highlighted before we progress and move forward when comparing the two games. Leagues are long drawn competitions with the timeline of either weeks or months and where teams will be awarded points for winning the league competition. Tournaments, however, are events where timelines are much smaller, running as days instead of weeks and with the added feature of elimination rounds, resulting with the winner being the last gamer standing.

The International is the biggest E-Sports tournament for DOTA-2 and The Majors are CS:GO’s biggest tournament, with the latest tournament being held in August, 2019.
When it comes to the prize money that is up for grabs, the International (also TI) is the biggest  E-Sports event of recent times, which reached a staggering figure of $34 million compared to Counter Strike : Global Offensive’s biggest event where a prize pot of $1 million was available for one lucky winner.

When discussing the total prize pool available for all the events, back in 2018, DOTA2 offered a staggering $41.26 million in prizes to winning gamers, while Counter Strikes: Global Offensive, only reached a figure of $22.47 million. With the average viewership of a DOTA2 tournament in 2019 ranging from 0.7 million to 1.9 million, the rising popularity of DOTA2 can be seen in the high viewership, while CS:GO popularity made a disappointing peak at 0.8million.

Check out these CS:GO players trying to play DOTA2 and see if they find some ‘fire in the hole’ - https://www.youtube.com/watch?v=ZFPVfROnpoE

When it comes to comparing the two games to discover which is the leading figure in terms of tournaments, prize money and viewership during their live tournaments, it is clear that DOTA2 comes out as top dog.

We have now compared the prize pot and tournament viewership for both E-Sports, the time has come to evaluate the gamers perspective and their experience when playing these two leading games.

A top influential factor when deciding which game to choose, and that is the total cost of the game.

DOTA2 has always been free after purchasing a basic stream subscription, while CS:GO decided to move towards a free gaming model in 2018. Irrespective of the cost, a free/paid playing subscription model is crucial when generating game revenue earnings. While a basic subscription, no matter the cost will reduce the player base significantly.

Another related factor that can affect the gamers perspective and lead to the popularity of a game and that is also how easily understood the game is.

A game like Counter Strike: Global Offensive is easily understood for new gamers, but also a casual watcher when streaming a live tournament. Accessible for all, a CS match is easier to understand when compared to Defensive of the Ancients, DOTA2 also has its own advantages in regards to the variety of characters, items and weapons. Helping to make an interesting team combination and continually evolve gameplay.

Another important factor when it comes to the gamers popularity over one game and that is its popularity in one country to another.  While both of these compared games are popular and played in almost all countries worldwide, we can safely say that while DOTA2 is a fairly global game present in all geographies, CS:GO, however, is limited to most western countries.

CS:GO followers have also criticised the limited attention and thought that Valve the developer has given to the game when compared to the energy put into DOTA2. With an unequal and incomparable prize pool between the two games, as well as, lack of updates within the game, Counter Strike: Global Offensive players are left feeling ignored and suppressed by the designers and publisher of the game.

While even the known bugs are ignored until they are seriously abused as in below case where BIG abused the crouch jump bug against FaZe in Majors-2017. Only after this, Valve corrected this bug along with the famous silent jump bug too. 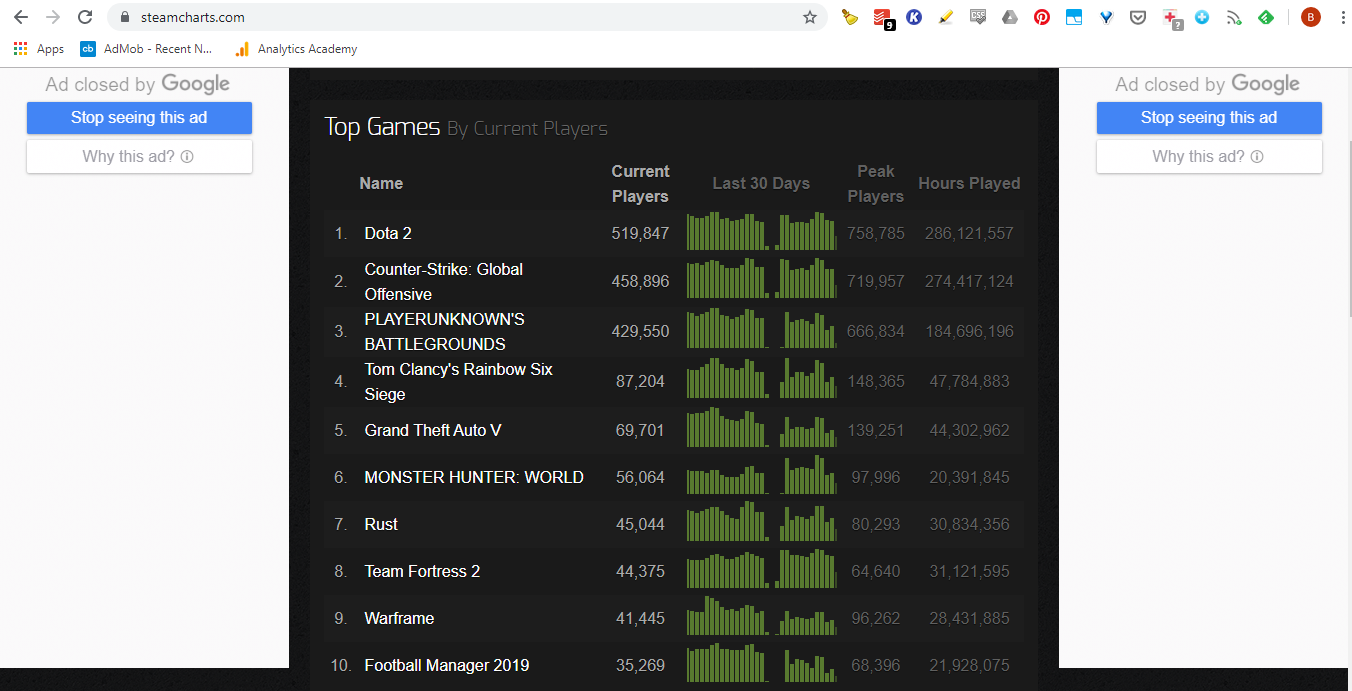 In terms of the experience of a gamer, we can see above that neither game comes out on top. In terms of active gamer figures too, both are fairly comparable to each other.

What Both Games Can Learn From Each Other?

It is great to compare these top two E-Sports, but it is even more interesting to see if there are any characteristics that can be incorporated from one game to the other.
An ongoing debate, the structure regarding the DOTA2 crowdfunding style has been contemplated to increase and develop the CS:GO tournament prize money. Allowing every gamer to feel counted and valued, by changing the way that the prize money is gathering, it could inspire and help to gain popularity for Counter Strike:Global Offensive.

Another feature where DOTA2 could inspire and improve the experience of Counter Strike: Global Offensive and is through a much needed tournament structure makeover.  With Defensive of the Ancient shifting from the DOTA pro circuit to The International in 2017. Many professional players are suggesting that a crowdfunding model could also be incorporated into CS:GO, in an attempt to boost the Majors tournament. It has also been recommended that the Valve should not shy away from experimenting with the TI system, helping to improve the experience throughout the annual CS:GO tournament calendar. 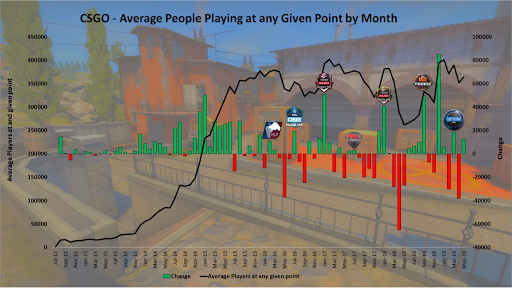 With the title for the best and biggest E-Sports title forever being threatened, the growth of new games such as Overwatch, League of Legends and Fornite are changing the way gamers respond and interact with their once favorite games. With a healthy competition in the industry at an all time high, whether it be from organisers, sponsors, game creators to the media covering the events, the rise of one E-Sports will inevitably help to boost its competitors.

Through the use of their trusty Elite Gaming PC, gamers, professional and enthusiasts can continue to play their favourite games in confidence, while playing solo or as a team against their competitors to make their way up the ranks.
A mainstream event, gaming but also championships and tournaments are becoming a serious sport.

What can be discovered by comparing both Defensive of the Ancient 2 and Counter Strike Global Offensive, and that is that they both have their unique traits that make them popular with gamers.

With DOTA2 ranking higher than CS:GO, we have seen a number of different factors that have contributed towards this growing success, but also the simple steps that the designers at Valve can take to even out the playing field.

Bhisham Vashistha is a gaming enthusiast who spends most of his time perfecting his headshots with Desert Eagle online. In his free-time, he works as a Growth hacker at GreedyGame - a Native Ad mediation & optimization platform. His write-ups are usually based on video gaming industry, digital marketing and monetization.