×
Home Guides & How To Best Router & Home Network Set-up for Gaming: How to Boost Your Wifi and Increase Download Speeds

Best Router & Home Network Set-up for Gaming: How to Boost Your Wifi and Increase Download Speeds 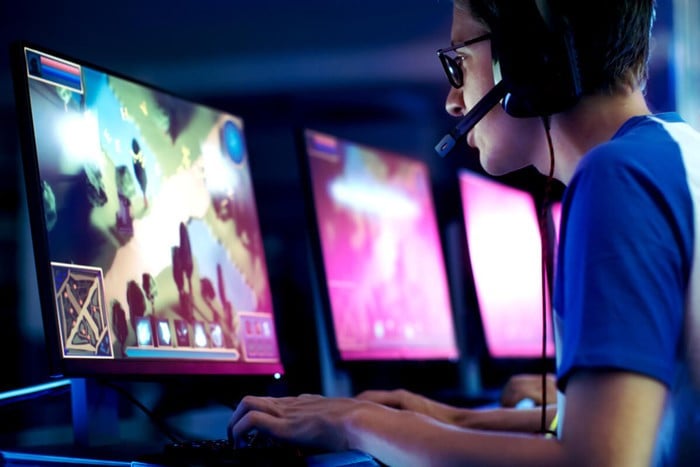 What internet speed do I need to livestream?

If you want to get the best out of your online gaming experience, then here's where to start when it comes to improving your online connectivity.

How fast is your actual internet connection?

Before you start fiddling with anything router related, it's definitely worth giving your internet speed a quick test first, to see that you're getting the speeds you pay your ISP for. Head over to Ookla's Speed Test and click the big old Go button. If the numbers at the end of the test don't quite add up to what you were expecting, you may need to contact your ISP to troubleshoot. 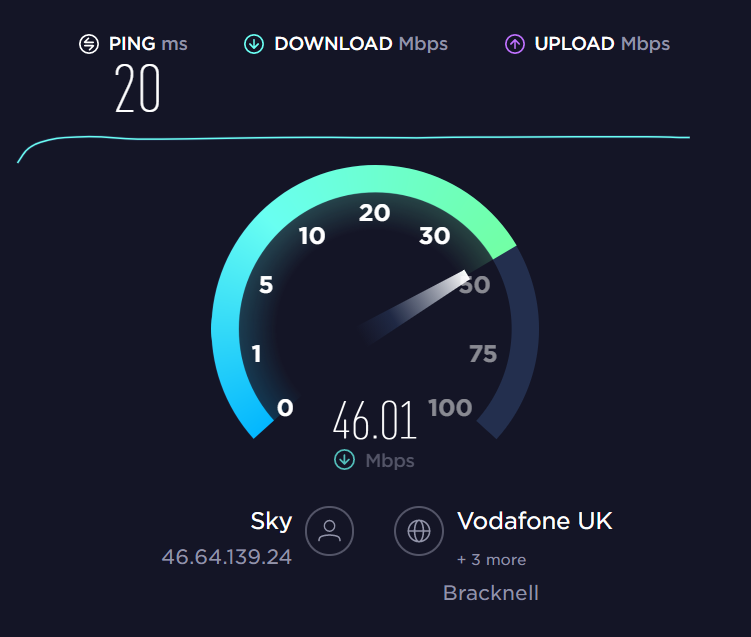 Generally speaking, for gaming alone, around 15-20Mbps is ample, but bear in-mind that the more devices connected to your router, the more bandwidth that's being eaten into. In other words, you might have sufficient bandwidth for gaming when no-one else is home, but when the household is abuzz with a few mobile phones, a tablet or two perusing YouTube, and a smart TV streaming some 4K blockbusters, you may find there's little bandwidth left for those online gaming sessions. In this case, having a download speed somewhere in the region of 40-60Mbps should give you plenty of breathing room for digitally busy environments, though in particularly well-connected and active homes, an ultrafast 100Mbps download speed could be what you need.

Besides a more seamless online experience, you'll also get a few other benefits from faster download speeds. If you enjoy streaming music or podcasts whilst you play, then you won't need to worry about those services contesting for bandwidth. You'll also notice significantly faster install times whenever you download a new game, which with the way some AAA titles are going these days, is definitely a welcome extra.

Despite how far it's come in the last 10 years, Wi-Fi is still no match for a hardwired connection. To get the best speeds and most stable, reliable connection, plugging your device directly into your router with an ethernet cable is a must. Also, be sure to plug into a lightning-fast Gigabit ethernet port too, especially if you're expecting speeds over 100Mbps, or else at least a "fast ethernet" port (which will cap out at 100Mbps), otherwise you could artificially limit your download speeds.

Now, granted, this isn't always viable unfortunately. Whether that's because the router is downstairs and your PC is upstairs, or there's just too many walls and doors between them, sometimes cables just aren't an option. So how do you get the best connection possible over Wi-Fi?  Well, assuming that you can't simply relocate either your router or your preferred gaming device so that they are closer together, there's a few things you can do.

Before you resign yourself to being completely wireless, you could try investing in powerline adapters. These nifty devices allow you to route an internet connection from one location to another by using the powerlines/outlets in your home. They're incredibly easy to set-up and reasonably priced, allowing for even Gigabit connection speeds depending on the model.

Of course, it still won't be as reliable as a direct ethernet cable connection, but it'll yield better results than resorting straight to a wireless connection. And, as an added bonus, many models are also functionally the same as a Wi-Fi extender - so any mobile devices you do use in the room with the adapters should see a nice little boost to their connectivity too.

Enabling Quality of Service (QoS) - getting your priorities straight

QoS is one of many handy features offered by newer routers. Essentially, this setting allows you to prioritize devices and/or applications that you want more bandwidth dedicated to.

It differs from router to router, with some offering more intuitive user interfaces than others, as well as whether they allow prioritization by device, application or both. Others will allow an automatic setting to leave your router to do the decision making for you.

Whichever the case for your specific router though, if the option is there, it's definitely worth switching on.

Many routers are dual band, meaning they will have two different types of channels which wireless devices can connect to; 2.4GHz channels, and 5GHz channels.

The 2.4GHz frequency is an older and thereby more frequently utilised connection, which the vast majority of older smart devices in your home will default to when they connect to your network. It's also more likely to be used by devices since 2.4GHz channels are able to transmit data over greater distances than 5GHz channels, giving larger homes better overall coverage. The issue that arises with the 2.4GHz frequency is that it is both slower than 5GHz and has more overlapping channels (with only 3 channels that don't overlap), which means the more devices connected to it, the more difficult it becomes to handle requests as devices compete with one another for data packets. 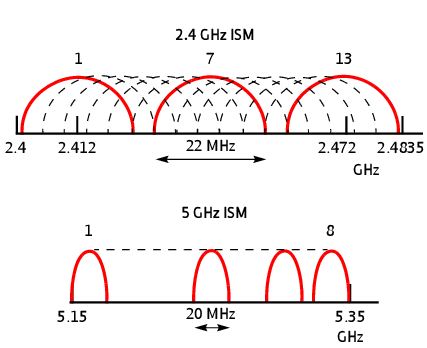 Newer devices on the other hand, like modern gaming PCs and consoles, will support more recent Wi-Fi standards, namely Wi-Fi 5 (and in the not-too-distant future, Wi-Fi 6). This means they can instead connect to the faster 5GHz channels, provided they are enabled in your router settings. Although the frequency has a much shorter range, it is faster and more reliable, and should be able to effectively cover most average homes without too much issue.

As mentioned above, having multiple devices all duking it out for your internet connection isn't conducive to an enjoyable online gaming experience. But that's where MU-MIMO comes into play.

Without it enabled, devices in your network need to queue up for their data packets, as the router will only send said data to each device, one at a time. As you might expect, this can significantly slow down the overall network speed. 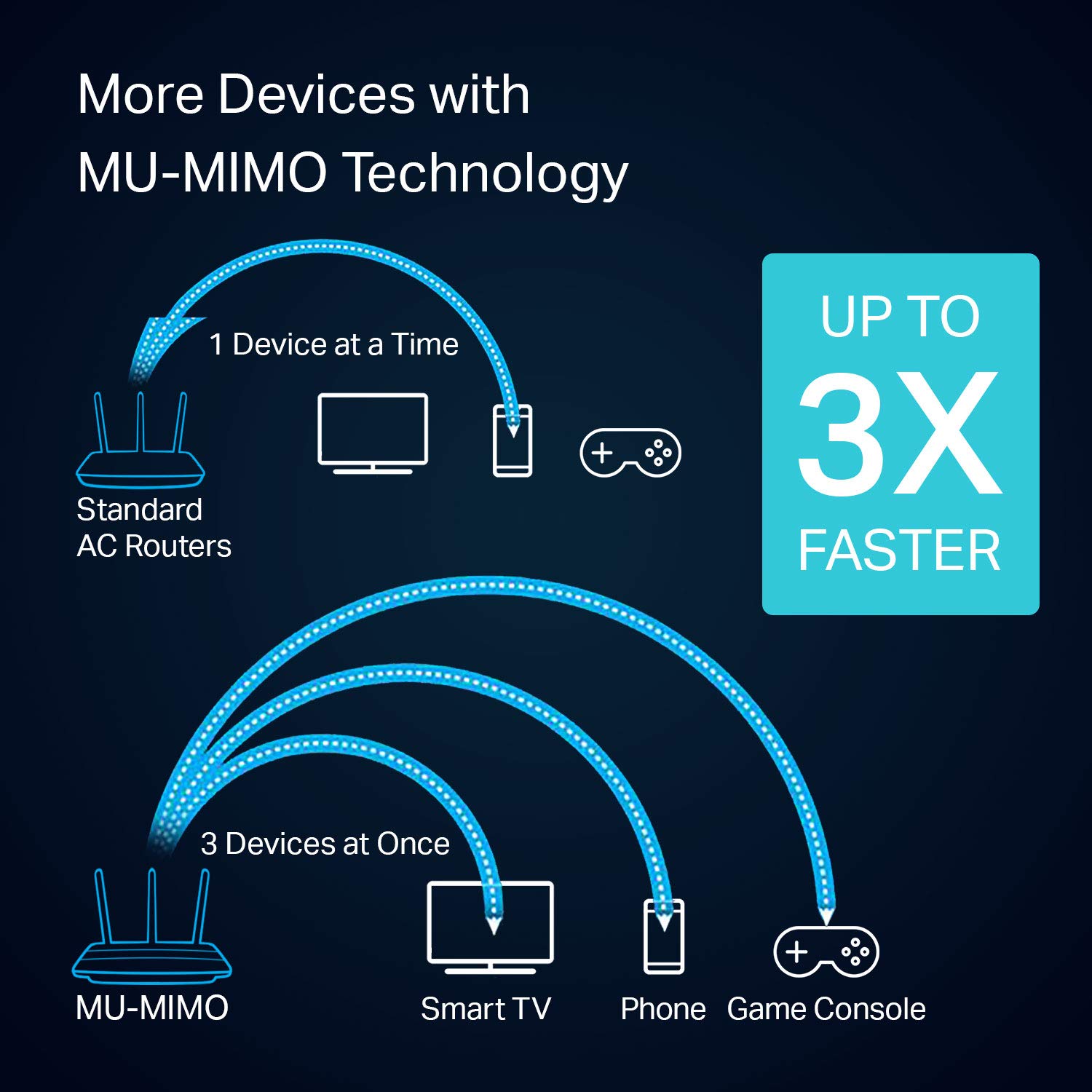 By simply enabling MU-MIMO though, your router will be able to send out data packets over two, three, or even four separate streams, significantly reducing or completely eliminating the time to wait for connected devices.

Have you tried turning it off and on again?

Possibly the biggest cliché in the IT world, and for good reason. Hardware is funny old stuff and sometimes, if it's been on for too long, things can get a little out of whack. You don't know why; I don't know why; hell, even the computers don't know why half the time.

Either way, giving your router a quick reboot every now and again can help reset any weirdness it might be experiencing. Some routers actually have in-built options in their firmware that allows you to schedule reboots at times convenient to you (like the middle of the night when everyone's asleep). It's quick and easy, and another good place to start if your home network just isn't performing as it should be.

Lastly, you may find that the reason your connection speeds just aren't what they should be, is down to your router being older and out-dated for modern connectivity standards. Sometimes this can mean the router's hardware is no longer up to spec (usually a slow CPU and insufficient RAM), or, as you might have discovered in the course of reading this article, a lack of newer features such as QoS or MU-MIMO.

If all else listed here has failed you, or else not been an option in the firmware, chances are it could be time for an upgrade... 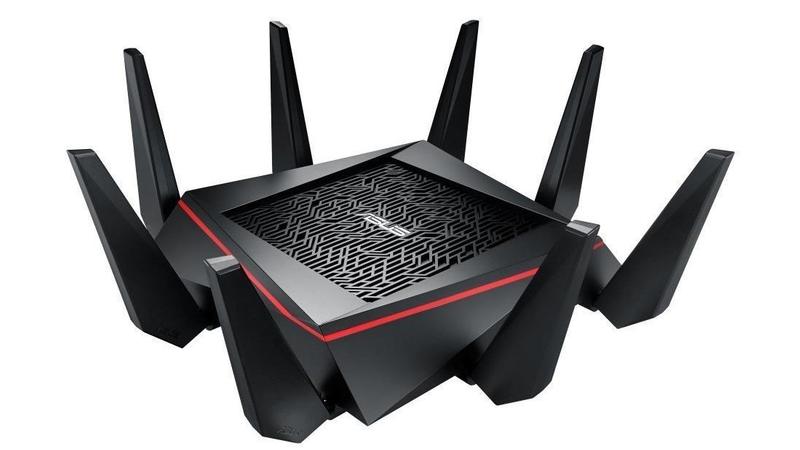 What are some of your tips for improving your online gaming experiences? Let us know down in the comments.