From radioactive mutants to a mayhem-minded Ape, 2019 is set to be a manic year for PC games. With some highly-anticipated upcoming PC gaming releases and some surprises sure to be in store, let's take a look at the best PC games of 2019!

Make sure to leave a comment for any games that you think should have made this list, and check out last years articles on the upcoming games of 2018 to see if you have played any of them. 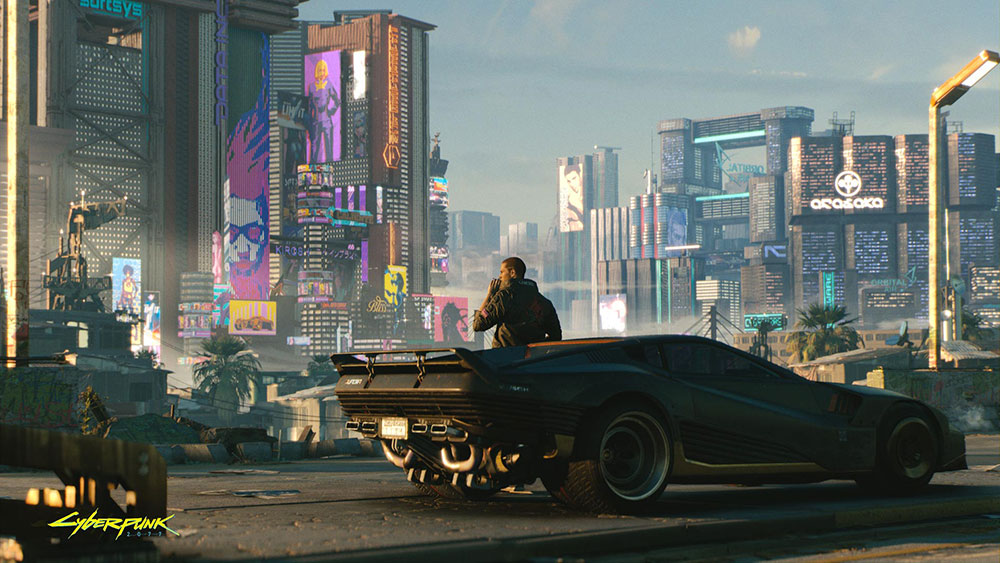 The Resident Evil franchise is being reanimated from the dead once more for this highly-anticipated remaster of 1998’s classic Resident Evil 2. Resident Evil 2: Remastered brings the classic horror-shooter into 2019 and features a collage of qualities from throughout the quintessential zombie series; running on the RE7 engine with fully 3D rendered environments, Resident Evil 4’s visceral over-the-shoulder camera, and totally unique campaigns for fan-favourite protagonists' Leon and Claire. Mouldy gore will have never looked so good.

Hell gets domestic in Doom Eternal, the sequel to Bethesda’s excellent 2016 reboot of the original hyper FPS franchise. For the first time ever, prepare to battle demons on Earth using a creatively brutal armoury of weapons and vanquish hell from our home to save humanity. We can tell this is going to be as addictive as it is gory just from the teaser trailer released in 2018.

Prepare to leave the familiar isolated tunnels of Moscow and step out into the perilous open world of Metro Exodus, Metro Exodus is set tobe one of the best PC games of 2019. You’ll travel through post-apocalyptic Russia and fight a whole new platter of mutated freaks that want nothing more than to know what tunnel-dweller taste like. As beautiful as it is terrifying, this anticipated shooter is set to be one of 2019’s hottest releases.

Dying Light 2 takes the consequences of choices mechanics that are more familiar in franchises such as Fallout or Witcher and brings it into the open-world zombie genre. As well as high-octane action, this survival sequel stakes your decisions to shape the city around you; exterminate important landmarks of undead swarms and choose what kind of factions, good or bad, that you want to hand the land over to. Who will you help to live in a world of the dead?

Anthem is the exciting new four-player co-op mech RPG from BioWare. Designed to be played as either a co-op or single-player experience, Anthem is similar to Destiny because it won’t feature PvP and will instead encourage cooperation between players for them to explore the vast science-fiction world that BioWare has intensively designed. Not much is known about the story details of Mass Effect developer’s latest game, but we do know that it is going to be HUGE and will probably take up much of our 2019.

Make sure to check out Novatech’s current promotion for Anthem here.

Prepare to shoot across the stars with a colourful line-up of characters on a sharp-tongued and thrilling open-world science-fiction adventure from the original designers of Fallout. The Outer Worlds’ is one of 2019’s wildest looking games and will remind us why we fell in love with developers’ Obsidian in the first place. Those disappointed by the latest post-apocalyptic entry of Fallout 76 should make this RPG game a priority!

The studio behind Alan Wake and Quantum Break put us in the shoes of a telekinetic protagonist in a surreally shifting world. The debut trailer has showcased insane gameplay; we will be able to fly and control objects using our minds, leading to what can only be expected will be a mind-bending experience from Remedy Entertainment.

It’s finally here, 15 months after its originally slated release, and it’s an understatement to shout from the roof-tops that we are more than ready for the madness of Crackdown 3. The third installment in the Crackdown series focuses on multiple organisations controlling the city of New Province, and, using familiar gameplay to its predecessors, pits you into killing their kingpins in the most manic ways possible. Crackdown 3 will also utilise cloud-based server technology for its frenzied and manic multiplayer, allowing for all kinds of insanity within a highly destructive world.

The most unlikely sequel to be announced in years, Rage 2 looks set to make the world of Mad Max look like Made in Chelsea. Set fire to the world in a haze of anarchy and mayhem in this delirious first-person shooter from id Software and Avalanche Studios.

An upcoming EA Original game, Sea of Solitude follows a lonely girl whose emotions twist her in a monster that floods the world. Players will explore the post-apocalyptic landscape as her, as she struggles to find a way to turn back into a human form. With its developers teaming up with mental health charities to assist in its developments, Sea of Solitude looks like a unique and insightful experience into the darkest parts of the human condition.

The follow-up to Ubisoft’s open-world shooter, Tom Clancy’s The Division 2 is set to expand upon the intense gameplay of its predecessor. This time it’s up to you to reclaim the capital of Washington D.C. with all the fury of the Division in the next installment from the Tom Clancy’ game series.

From the creators of The Witcher, Cyberpunk 2077 drags us into a highly-immersive dystopian sci-fi future with the vibrancy of The Witcher and the volatile peril of Grand Theft Auto. Prepare to survive a dazzling metropolis of ultra-violence, glitching crime and weaponised cyborgs, in one of the most sought after games of the coming years.

The manic action of the Far Cry series has transported us from mercurial jungles to rural America. Far Cry: New Dawn tackles the post-apocalypse and takes the series in a fresh and twisted direction. Continuing the world of Far Cry 5 following a nuclear event, New Dawn benefits from Far Cry’s primal action and dwells into new levels of formidable and savage violence.

The Sinking City is set to be the quintessential Lovecraftian nightmare. Play as a private investigator exploring the flooded city of Oakmont and dive into its darkest mysteries with unique investigation gameplay and a fascinating premise that is sure to keep us hooked.

The ultra-violent Ape escape game that has been a staple of indie game excitement for the past few years. Prepare for mayhem as the titular ape and wreak havoc for hundreds of weapon-wielding guards as you bound for freedom in this deliriously addictive gory indie release.

GTFO drops 4-player teams into claustrophobic sci-fi tunnels filled to the brim with mutated monsters. Work together as a squad to eradicate the grotesque creatures and make sure that you never trail into the silent dark alone… Fans of science-fiction and horror will love what this game brings to our screens in Spring 2019.

A new age is upon us! Details still remain foggy since Age of Empire 4’s 2017 Gamescom teaser trailer but skeptics believe that the lack of news in 2018 signals a late-2019 or early 2020 release for the highly-anticipated real-time strategy game sequel.

As a reporter searching for the truth behind a deadly explosion, The Occupation mixes conspiracy with investigative journalism and an immersive narrative. With an intriguing premise and unique gameplay, The Observation is certainly a game worth investigating in 2019.

Flipping the dynamic of 2001: Space Odyssey on its head, Observation has players’ controlling a spaceship’s A.I. called Sam that jumps between cam feeds to assist the ship’s last remaining human astronaut as she uncovers the mystery of the vanishing crew in deep-space.

Thanks for reading and make sure to comment and follow the Novatech blog to stay up to date with the latest technology news!