The consumer technology landscape is an unpredictable terrain to roam through. Many a veteran will tell you, with cold, vacant eyes, that it can be unforgiving. Armed with only your wits, the PC enthusiast may be rewarded or perplexed, among a barrage of releases and industry turbulence, which leads one gasping for air through all the wires, screens and industry buzzwords, such as… “cryptocurrency”. Gasp.

In the early summer of 2017, graphic card giants, AMD and Nvidia, saw a sharp, soaring increase in their add-in GPU card sales. So much, in fact, that their product stock started to wither. It became impossible to find a reasonable, mid-tier GPU without diving into the depths of overpriced or second-hand products. The ripples are still evident today with certain AMD products.

Gamers looking for an upgrade to run the latest releases became riled. With a little investigation, it quickly became clear that time had repeated itself, from the far-away history of 2013. The name of this heavy infestation, decimating consumer GPU sales, was being angrily hissed on the tongue of PC gamer globally: Cryptocurrency miners.

Forget the image of a deranged, bearded gold-mining prospector in the Old West, sieving through rivers for specs of profitable minerals. Today, the river is a computer screen, and the profitable mineral is much more complex to gain. Although the game may have changed, the unpredictable profit/risk of mining has remained incorruptibly the same.

Cryptocurrencies, a digital currency independent from central banking, and regulated using encryption techniques from a network of users to generate units of itself, has been the target of profit from a selective few, known as miners, since its inception and widespread 2008 development. You’ve probably heard of the original Bitcoin – specific online vendors and your local dilapidated corner shop brandish advertisements saying that they accept it as payment.

This may sound like a nefarious business, but it is in fact hugely profitable for dedicated mining groups and individuals around the world, professional or hobbyist. The cryptocurrency miner operates in a distributed computer rivalry. Cryptocurrency rewards its users whom contribute self-maintained hardware to run the software. In return, the miner can profit by surveying the cryptocurrency for packages of information known as ‘blocks’, created from the virtual transactions. These blocks, on average, become available every ten minutes, and are reapable on a first-come basis. The more you participate, the higher your chance of finding a block that will reward you with the cryptocurrency payment. Subsequently, demand for the best hardware to run miner’s rigs has been continuously heated over the years.

Cryptocurrency-mania was at its highest peak in 2013. GPU’s, the preferred hardware to use at the time, was in heavy demand. Mostly used for videogames, it was discovered they could be used for hardcore computer jobs. Tactically purchasing a mid-level GPU would roughly pay for itself in 70 days with the right crypto-mining set-up, and the varient cryptocurrency worth. Buying six of them, you had yourself a mining-rig. This level of selling, peaked by the competitive nature of mining, quickly made affordable graphic cards scarce. AMD were primarily hit. In some cases, GPU’s that normally ranked in the £200-range quickly skyrocketed to £700.

As the need for different hardware shifted with the fluid conversion to different forms of cryptocurrency, demand for GPU’s cooled down and the graphic card companies collected themselves. Leaping forward to 2017, bitcoin mining was universally deflated. Gamers, basking in the life of today’s advanced graphics cards, were naive to the returning GPU storm of the coming summer. 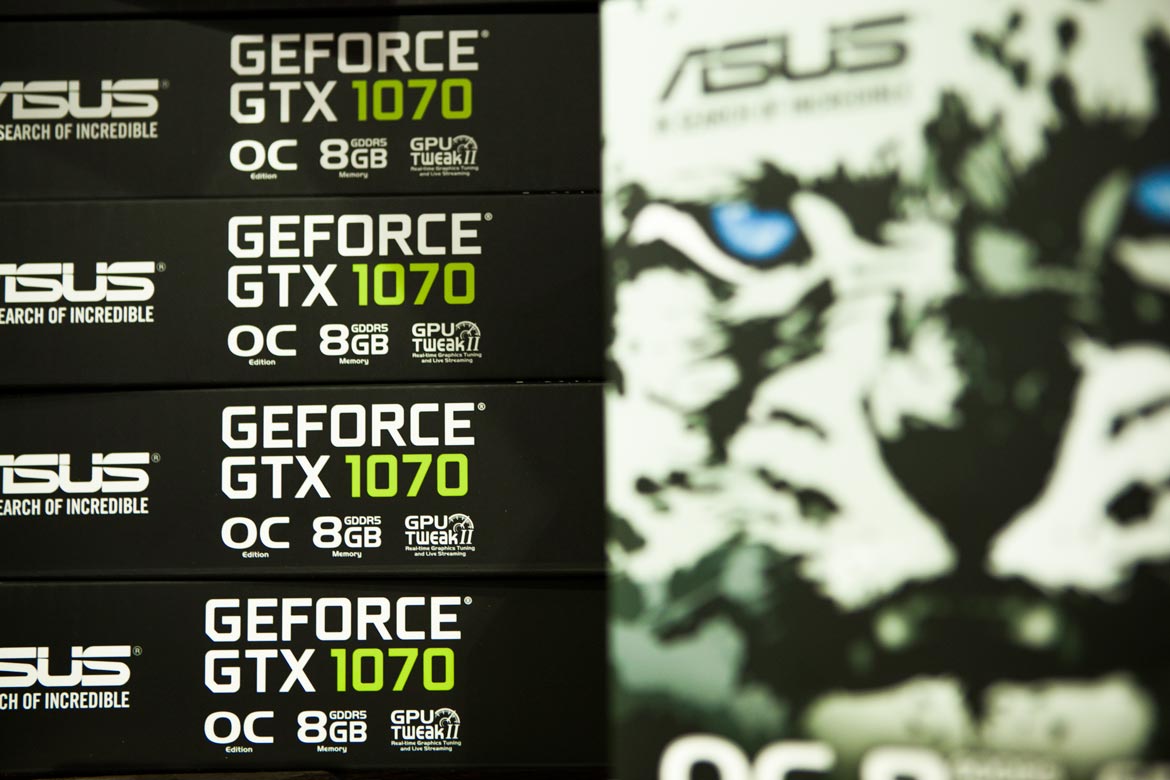 Then came along Ethereum, a cryptocurrency that could be mined like Bitcoin.

And with that, the spark was once again lit.

Gamers, sick of these games

Since the 2013 surge, manufacturers released powerful GPU’s to compete with the specific requirements of evolving computer technology. Nvidia beefed up its GTX 590 with the improved GTX 690; AMD had the Radeon RX 470 graphic card processors, a reliable, sought after graphic card. Times were looking good for the common PC gamer. Cheap, efficient GPU’s, from reliable brands.

GPU mining was resurrected early this year, when cryptocurrency trended towards Ethereum, which was resistant to the new ASIC hardware, the machines in recent memory being used for mining. With its price rising from $19 to $220 in just a few months, Ethereum became the hot topic amongst miners. Again, it was impossible to source a mid-range GPU. Cheaper graphic cards don’t operate as well for the specifications of mining. The mid-tier GPU market was again filled, demand stretching as far as China and Eastern Europe. Gamers were in trouble.

One in every three GPU’s sold at retail or for businesses was used with the intent of cryptocurrency mining. The AMD Radeon RX 580 and Radeon 480 became impossible to find or acquire, unless it was second-hand and already run down by a few weeks of crypto-mining. Nvidia’s GTX 1070, which was normally selling in the early £300’s, was suddenly only available for £460 and above. Whilst modest graphic cards remained untouched by the miners, they weren’t providing the quality 1080p gaming experience that gamers sought, and, four years later, they were back to the same sprawling game of searching the internet because of crypto-miners.

Miners want GPU’s that use as little energy as possible, as they are often running 24/7, and the money required to run this hardware constantly is often more expensive than what the mining rigs themselves are making as profit. This time around in 2017, AMD and Nvidia embraced this. The manufacturers have released mining-focused graphics cards that ship at a lower price range, with defined focus on power usage, an advanced cooling system, while featuring no video connectors. Useless for gamers, but perfect for mining.

These new GPU’s will summon a sigh of relief amongst the gaming community. New hardware based on the needs of selective roles will stem the tide of GPU purchasing, hopefully returning a fair attitude towards gaming customers so that they aren’t, should this issue resurface.

Now, in the tail end of 2017, the market has once more cooled. As the mining community’s cryptocurrency once more shifts focus, so does their demand for the certain technology needed to fully reap it. However, several GPU’s are still unavailable or extremely rare to find for consumer’s and gamers, since the high demand earlier this summer. For those interested, AMD’s Radeon RX 580 is probably your best bet for an affordable mid-range graphics card that survived the purchasing mayhem. A sweep across the internet still shows it is extremely difficult to find any purchasable trace of its reliable cousin’s, the Radeon RX 470 and 480, for a fair price.

The tides can still change. A single Bitcoin is currently worth $5,000... when, just a decade ago, they were worth mere pennies. And you can be sure miners will seek to profit from this insanely inflated rate. As cryptocurrencies adapt and change, gamers should remain wary and purchase components when they are readily available, to prevent another clash between PC communities seeking the same product, with opposing intentions, but the same shared passion for technology.

Please leave your thoughts on the debate below!