×
Home Defence, Training & Simulation How three ex-military officers took their analytics startup from working in a shed to international expansion

“I loved every second of my ten years in the military and I’m glad I did it, but I think it was the right time to leave when I did.”

Alan Roan is Co-founder and Managing Director of Cervus, a data analytics company specialising in working with the Armed Forces. Six years ago he and two colleagues at a previous firm set up Cervus to solve a problem that he observed first-hand as an officer. 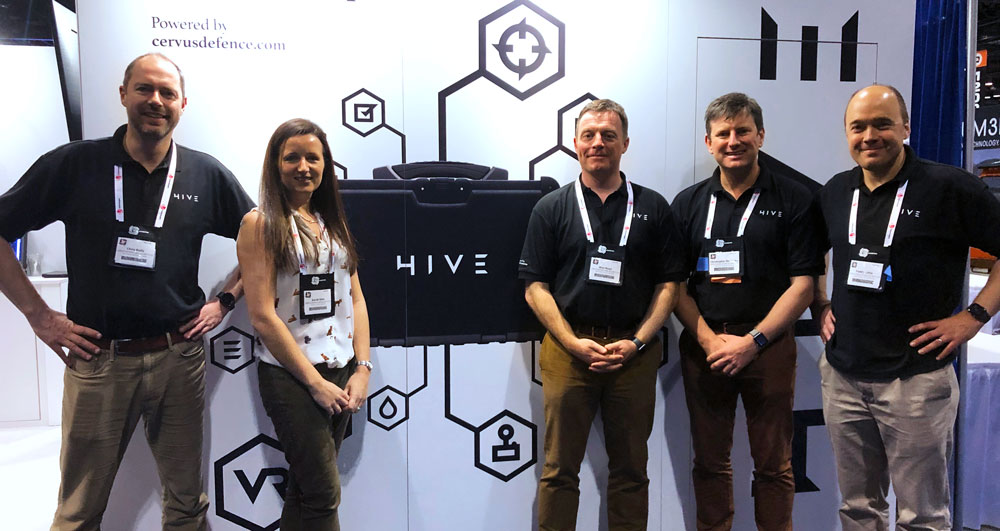 “I kept watching people making important decisions based on little data. It was all just opinion. I’m definitely a big fan of using instincts to make decisions but there’s a balance between objective and subjective decision-making.”

During his ten years as an officer, Alan was on operations in Northern Ireland, Iraq, Afghanistan and East Timor. He says that his military training has definitely helped him as an entrepreneur. “The military set me up in such a good way in terms of life skills, business skills and I wouldn’t change it for the world.”

We caught up with Alan to discuss his journey from officer to entrepreneur.

Where did Cervus start?

“We’ve gone from three men in sheds to an international analytics business providing services to customers in the UK, Europe, Middle East and the US,” Alan says.

Cervus’ goal is to use data to simplify decision-making and reduce risks. The technology can be used in almost any setting, from making a decision about what type of ship to buy next, to what type of formation to use or what kind of air cover is required.

“What we’re trying to do is get people to understand what the problem is first, using data and objective evidence,” Alan says. “You need to really understand the problem before you start looking for solutions.”

Cervus recently helped the British Army to capture and analyse the performance data from its Virtual Reality Land Training simulations. By analysing over seven million data points generated by participants within the simulation, they were able to produce a suite of performance metrics aligned to the Army’s Collective Competency Objectives. This data gave Officers clear insights into where they should focus their training efforts to improve performance.

“Nowadays if you’re an international level footballer, you’ll have some kind of analyst supporting you and breaking down the number of shots, number of tackles, the distance you ran. It’s the same basic approach but using it in a military setting.”

Simulations are another data-rich area where analytics can be used to analyse performance in order to spot trends or make improvements.

Cervus used Mak’s VR Forces virtual reality system to help the US Marine Corps to create realistic scenarios that would generate performance and outcome data that was then analysed by Hive, Cervus’ Analytics-as-a-Service platform.

“We can use the analytics from the simulator and pull a whole vast array of different data points into one place. Then we analyse that and give them an idea of the best course of action.”

Why is guesswork so problematic?

Alan says that the problem right now isn’t a lack of data but an overabundance of it, combined with a lack of filtering.

Most organisations will produce a huge amount of data on a daily basis. But the raw data on its own isn’t of much use. In order to generate actionable insights, the data needs to be cleaned, normalised, analysed, filtered, combined or cross-referenced with other data sets.

“One of the things we try to do is to give you data in a way that is understandable. Some organisations just pass data on to decision-makers and expect them to be able to make better decisions by having measured everything. But I think it’s about helping them understand the information and what it means before they make the decision.”

Something that Alan has noticed is that it can be tough to change the behaviour and the culture when you’re working with military clients.

“It’s surprising because military people are supposed to be quite robust and agile. They’re selected to be that kind of person. But when it comes to managing change we’ve seen some struggles. There’s a difference between leadership in the field on operations to managing cultural change in an organisation.

“Running a small business, being an entrepreneur, that kind of attitude is something that a lot of military people have innately. They’re usually selected because they’re good at taking advantage of situations. But I think that it’s hard to act entrepreneurial when doing defense management. That’s one of its biggest stumbling blocks we’ve faced, encouraging people to try new things.”

What’s next for Cervus?

Now that they have a product that’s proven to work and a few impressive case studies to their name, Alan says Cervus are starting to look beyond the military to other industries they could expand into.

“I think the next big thing for us is to use the same approach that we’ve been using but move into other sectors. Police and law enforcement have the same problems as the military, so do things like oil and gas and rescue services.

“Whatever the industry, it’s just about making sure that the front line staff have the best advantage by making performance as good as it can be.”

Thanks to Alan for making the time to catch up. If you’d like to learn more about Cervus, check out their website.