Reign by Novatech Assembles to Compete in Charity Esports Tournament

Gaming for good: Reign set out to raise money for their chosen charity, Solent Mind, as they enter the Business Esports Charity Tournament.

With the success of the Business Esports 2020 Cross-console Tournaments, we felt it was about time to sign up our Reign Gaming team to compete in the January 2021 Call of Duty Tournament, in the name of raising money for our chosen charity, Solent Mind. 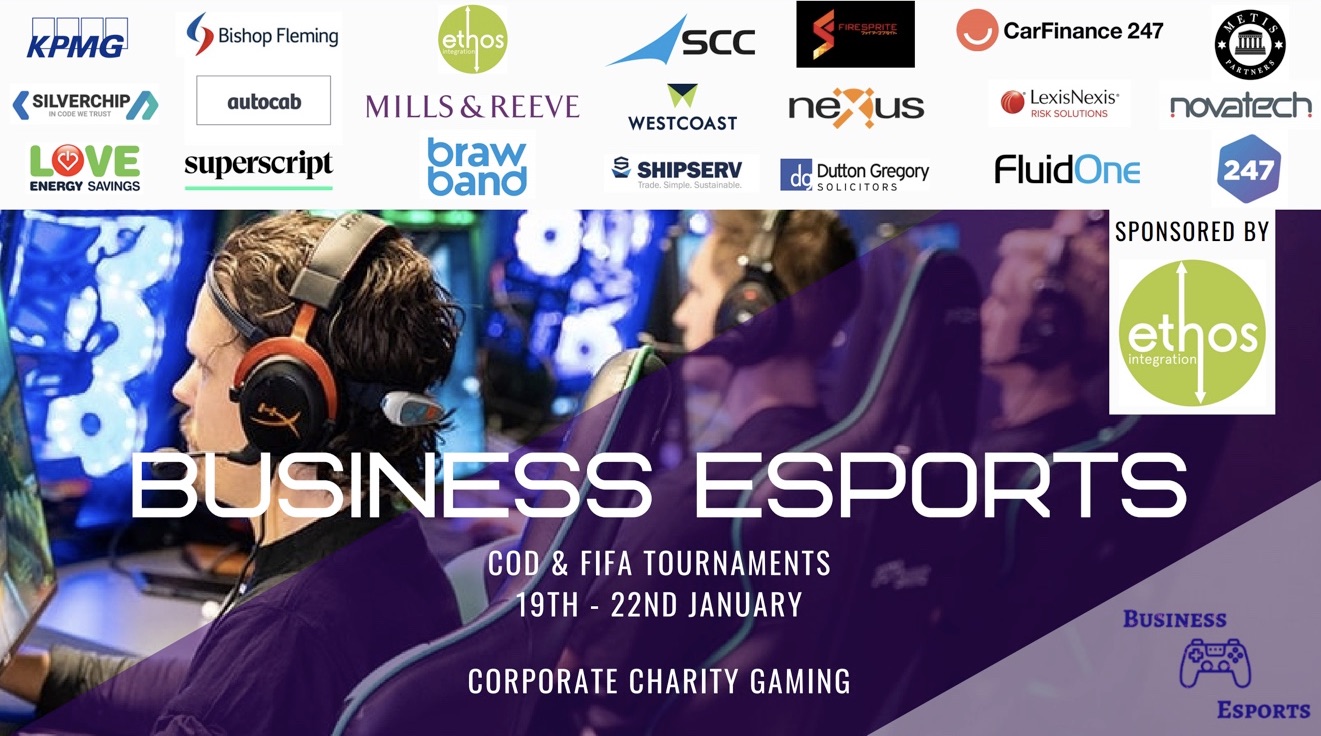 We know that the start of the year can be particularly draining on our mental well-being at the best of times, let alone during the height of a global pandemic. But gaming has proved time and again to be a valuable means of helping to counter this. Last year saw a huge increase in gaming hardware sales, which appeared to hit all-time highs, and we even saw the emergence of new research which conluded that there was indeed a "positive relation between game play and well-being."

Throughout the current pandemic, gaming has and continues to help keep many people afloat, giving them crucial time to relax, unwind and escape. As remote working and additional lockdowns become increasingly inevitable for the course of 2021, we quickly recognised that the upcoming tournament will offer a fantastic opportunity for those of us working from home to keep connected at a social level, as well as continuing to develop vital teambuilding skills. Not only providing an outlet for some much-needed downtime, the event will also see teams competing to raise money for charity, with 10% of all revenue from the event going to the winning team's chosen charity.

John McClarey, Managing Director at Business Fives, commented, saying, "We're delighted to have the Novatech team involved in our January COD tournament. We've even been given some inside information that the team have been scheduling training sessions, which is a delight to hear - we love that the events are creating a buzz internally before the action has even started! Charity is a huge driver for us here at Business Esports and we wish the Novatech team every success in winning our donation for Solent Mind. Maintaining and improving Mental Health has become incredibly important during these challenging times, so it's a great cause to support."

Alongside our own team, the tournament will see an array of gamers from other businesses and sectors competing for the charity prize, including teams from Mills & Reeve, Incipio, HighNet, Autocab, Rockstar North, Silverchip and a whole host of others.

The tournament will be kicking-off today at 6pm, and will available to watch online via each individual company's Twitch and YouTube channels, the links for which will be shared by Business Esports on their social media accounts on Facebook and Twitter @BusinessFives. You can follow our own journey too via our socials @NovatechLtd and @ReignPCGaming.

"It's been a tough year for everyone, but gaming has been a real refuge for many people, including quite a few of us," said Paul Hobbs, Creative Manager here at Novatech.

"We've already seen the gaming community and numerous esports organisations pull together and help fundraise during the pandemic, so if we can help play our own part whilst helping to raise awareness and funds for mental health charities like Mind, and while doing something we love, it's a no-brainer for us. I just hope our team are as good as they say they are!"