×
Home Tech Chill out with a CPU cooler

Chill out with a CPU cooler

Your PC versus Heat

Heat is a computers’ nemesis. Although computers are designed to seamlessly ventilate all your internal components as they run simultaneously, the machines CPU (central processing unit) radiates huge amounts of heat for the longer that it is active, rising as you continue to use your PC. Without the proper cooling system, this can cause serious harm to your CPU, making your computer unstable, prone to sporadic shutting down, and, worse yet, can even be damaging to nearby components.

If you push your PC as much as we at Novatech do for our daily work, then you know the pains that an issue like an overheating CPU can bring to your machine. It’s an unnecessary malfunction that can be easily amended. Remember, a cool PC is a happy PC. Lower CPU temperatures result in improved reliability and efficiency.and, with the Intel CPU shoprtage, we need to take best care of what we have!

You have three primary options: air cooled, liquid cooled, and heatsinks. Whether you’re a gamer or an overclocker, a great CPU cooler is a must-have for your PC, boosting your machine with effortless airflow, just like this CPU cooling guide! Once you’ve upgraded, using your computer will be a breeze. 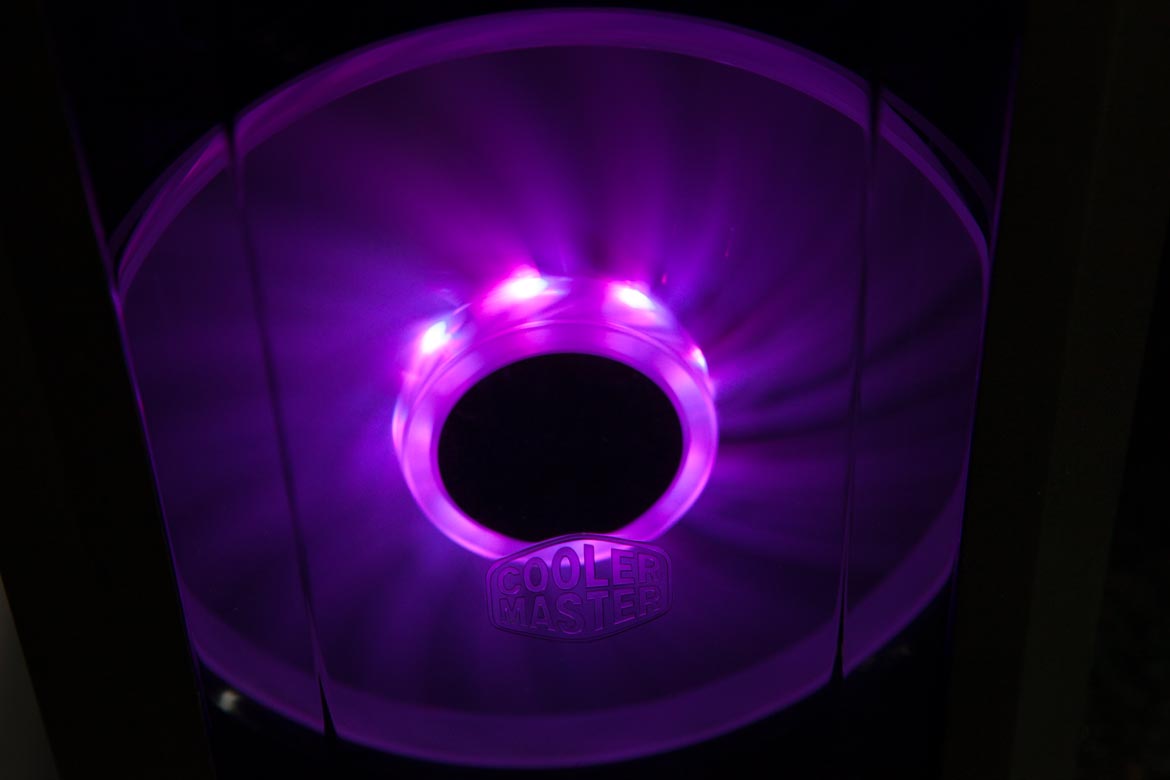 On average, we use our computers for over seven hours a day, and that’s not even including dedicated PC gamers. The magnitude of heat that builds up with this continuous usage is a massive strain on your machine, even if it isn’t evident to start with. Luckily, your PCs central processing unit is fitted with a durable fan. Generally located on top of the CPU, the CPU fan is the most cost-effective and efficient way to cool down your PC and keep it from overheating. Before the heat can damage any of your computers’ components, the CPU fan ventilates critically cooler air onto the hardware. 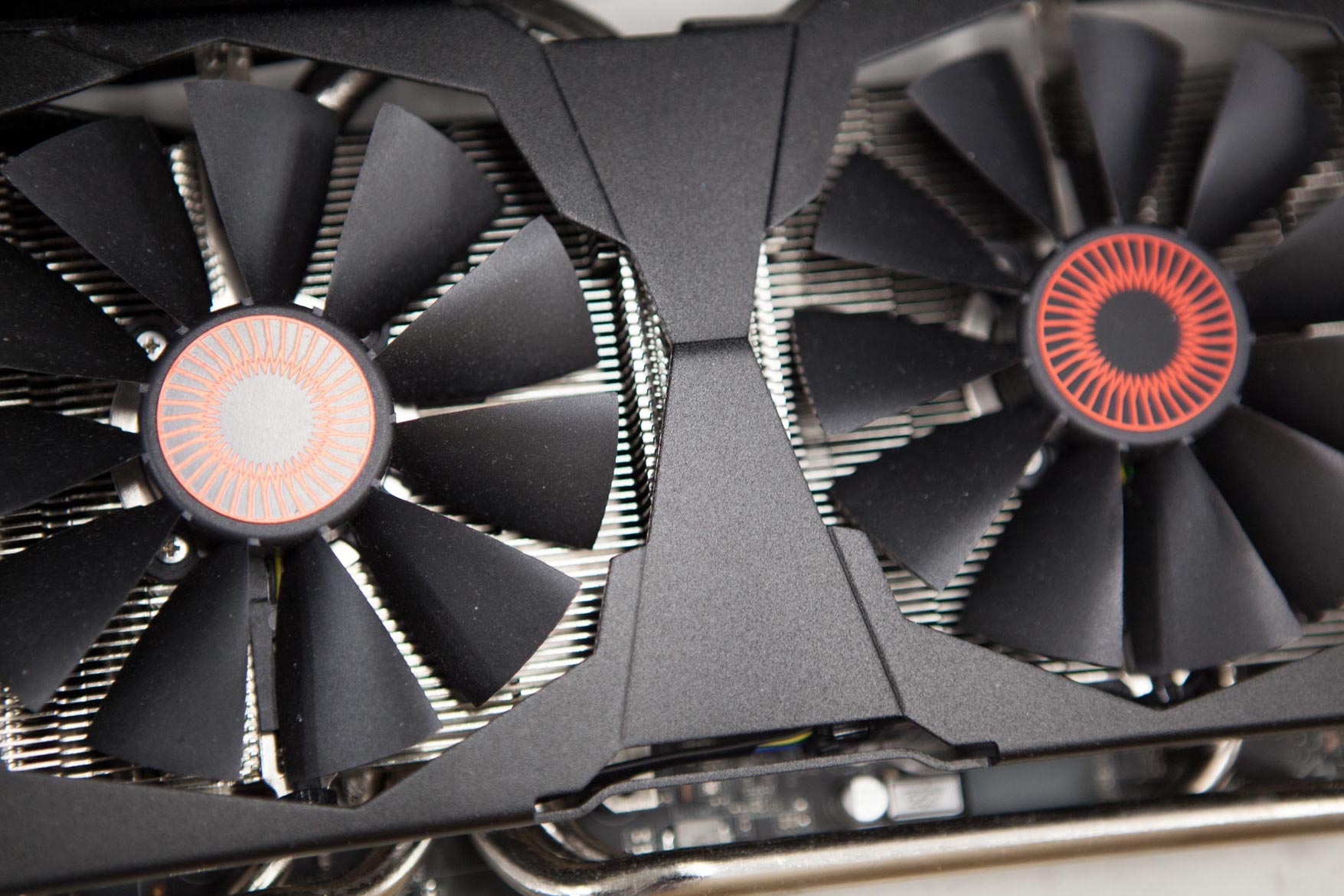 While CPU’s come with a standard stock fan as a key component, if you are looking to upgrade or customise your PC, then these basic fans’ may not be enough to provide substantial airflow to your entire system. The best recommendation is to consider purchasing your own fan that can match whatever applications you are putting the machine and its internal hardware through.

Before purchasing any basic attachment, consider the size of your PC and figure out which CPU cooling system will best fit inside. The size of the CPU coolers fan will decide which type and size of CPU cooling option are best for you, ranging on average between 60 mm and 120 mm. The bigger the computer, the bigger the fan that you'll need.

If you stick with the stock cooling fan built into your CPU, the cheap hardware will emit a disturbing amount of noise that at times sounds like your computer is gearing up to take flight. If you buy your own custom air cooler, it will be a completely passive, sleek piece of hardware that will make your PC completely silent. Considering the silence of your PC all depends on how much it bothers you and how close it is situated to you.

If your PC sits at your desk, you don’t want it buzzing constantly as you work or game. Aim for anything at or below 30dB (decibels), about as quiet as your PC can get. However, if you’re not as bothered about sound, if your PC is located further away, say, under your desk, then you have more leeway for a bit of air cooling white noise. Fans that emits around 35dB fans will be near inaudible in these environments, such as a home or gaming room. 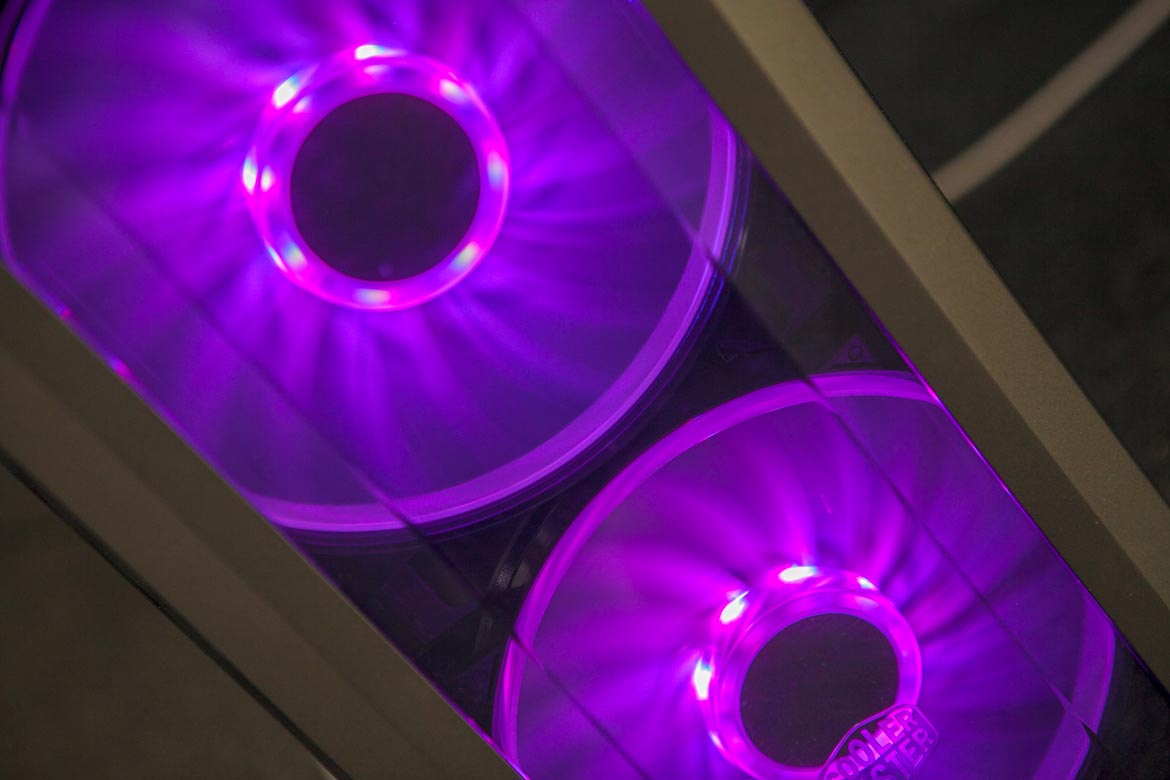 If you’re located in an office or workspace, then you have much more room in these hectic, noisy environments, meaning you can purchase a fan that produces around 40 decibels of sound. Unless you work at an airport, anything above this will make your computer sound like a jet engine is taking off in your office.

Liquid cooling is the silent majesty of CPU cooling; the high-performance option for those that also want a sheeny aesthetic for their PC, with an assortment of multi-coloured options available on the market to brighten up your PC like a mechanical art-piece of red tubes and shimmering lighting. 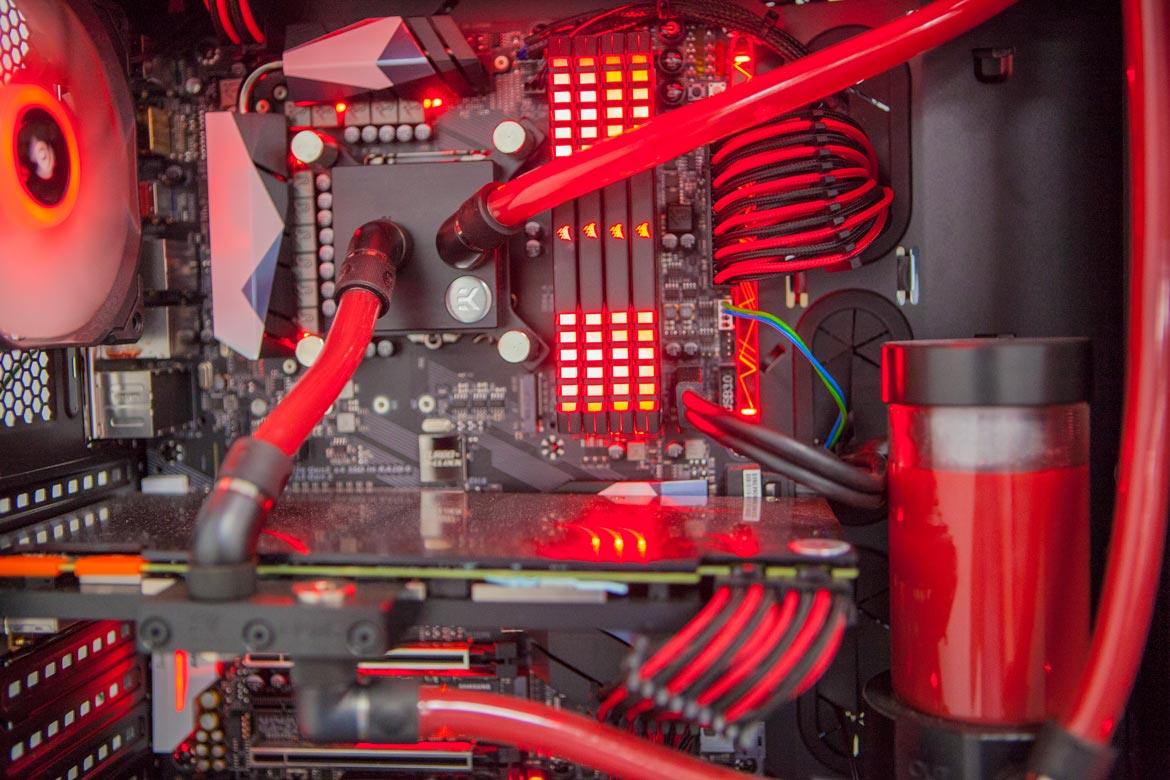 Liquid cooling works as a series of tubes, filled with, you guessed it, liquid (water), which pumps throughout the internal tubes of the computer, from the engine to the radiator, distilling the CPU’s heat with the heated water flowing to the coolers’ radiator as it moves from the warmer components to the cooler components. This process causes the water to cool off so that it can be repeatedly pumped throughout the system to cool down the computer. 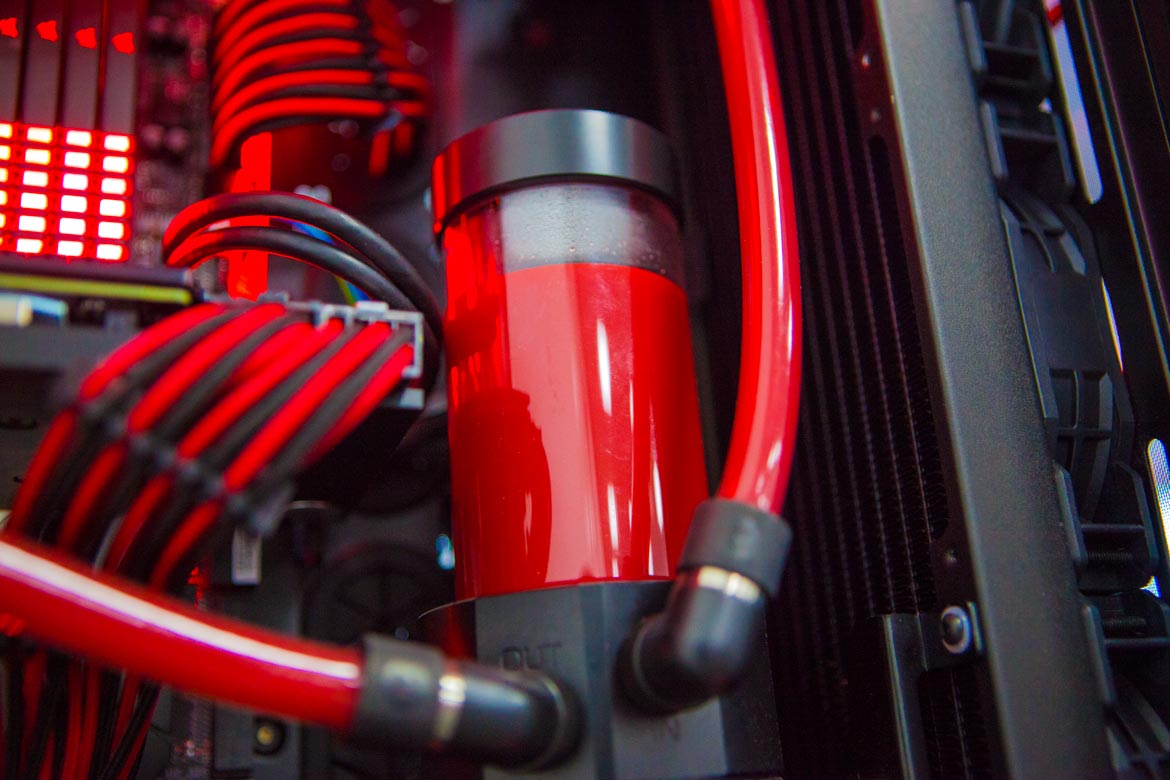 The cooled water proceeds to be moved back to the engine, as an attached fan breezes over the external parts of the radiator. As the radiator warms the air, it cools itself off at the same time, moving the engines heat out of the cooling system and into the air. 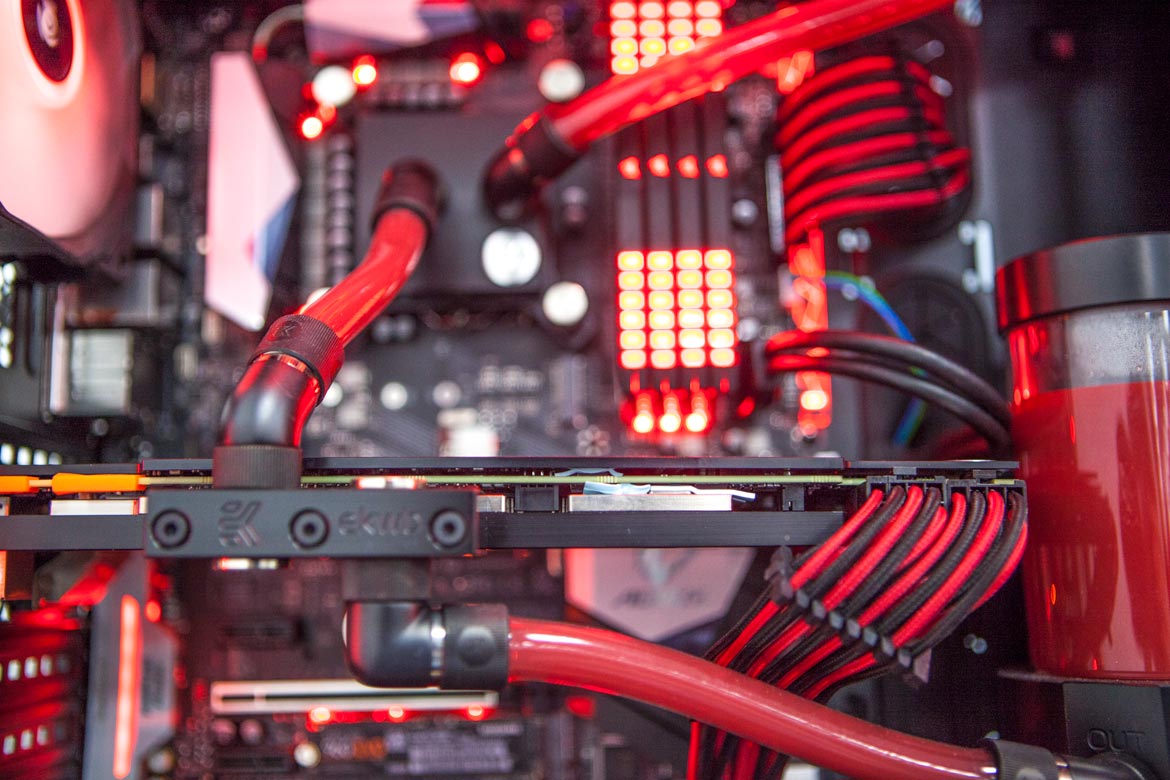 With the right components, you can create a silent operation that matches and beats most competitive CPU options.  Liquid cooling roots through the internals of your PC to silently cool your CPU. And when I say silent, I mean silent. Seriously, you won’t hear a peep from your PC ever again. Liquid cooling is the beneficial CPU cooling option for those that can afford it, with affordable substitutes readily available for those prepared to build their own, and a much easier mechanics structure that, unlike air coolers, means most owners have to do little in terms of maintenance to keep it running fully operational.

Using liquid cooling opens up an avenue of customisation for the PC builder which will make the inside of your PC your own visually unique machine.

A heat sink fan is the third option, although it could be technically viewed as another manner of air cooling your computer. A heat sink is a cooling device that works in unison with the rest of your major components to conduct heat away from your computer parts, sourcing it to its own large aluminum surface area which in turn transfers out cooler air. 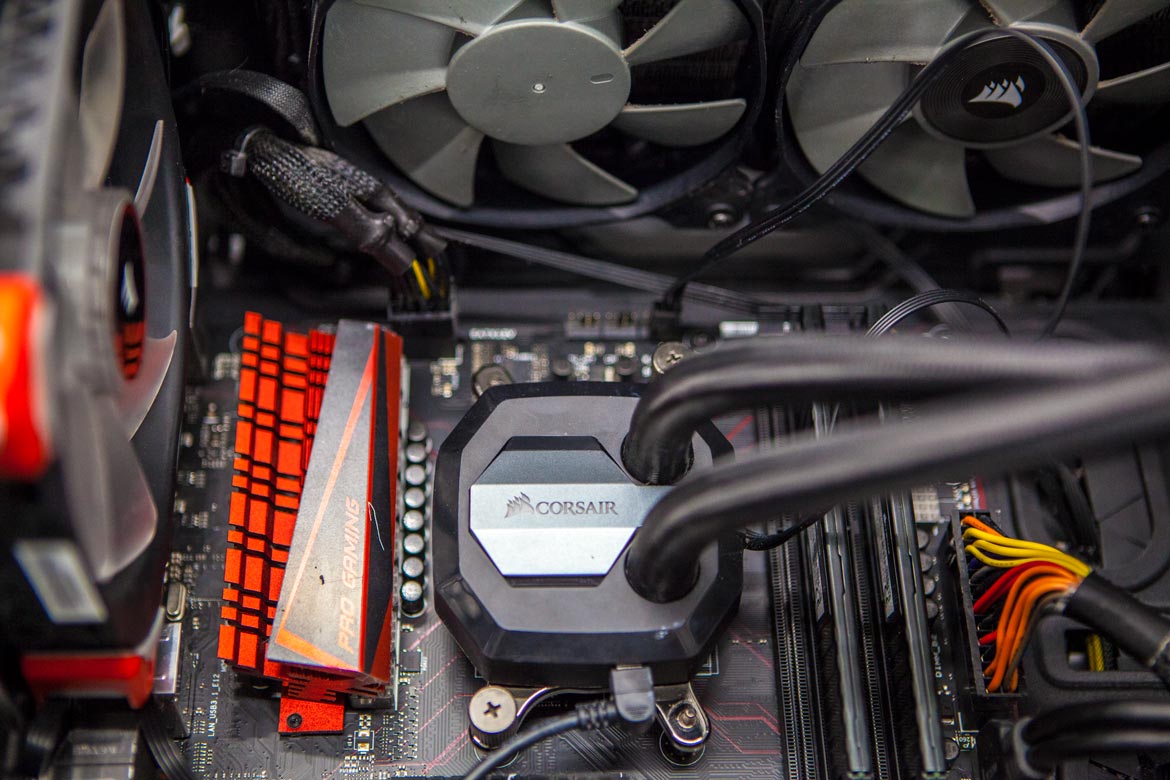 Attached to its large metal body is a fan that boosts out the hot air created by your CPU and pushes in a transfer of cooler air through its fin-like structure, keeping your CPU and your other major components safe and cool. 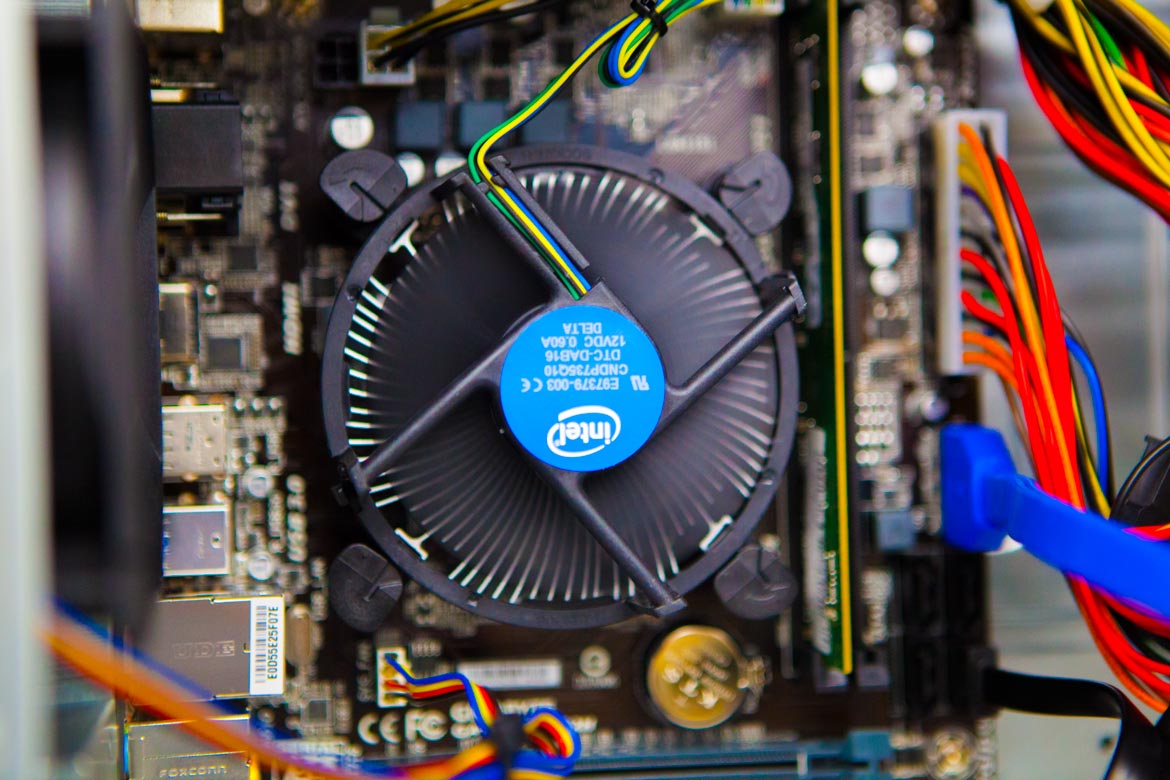 The benefits of a heatsink range around the same as purchasing an air cooler, however, a heatsink does have the added advantage of being much quieter because of having fewer moving parts. Still, we recommend a more traditional air flow system as heatsinks can require harder maintenance and can become a lot less reliable than their air-cooled counterparts. 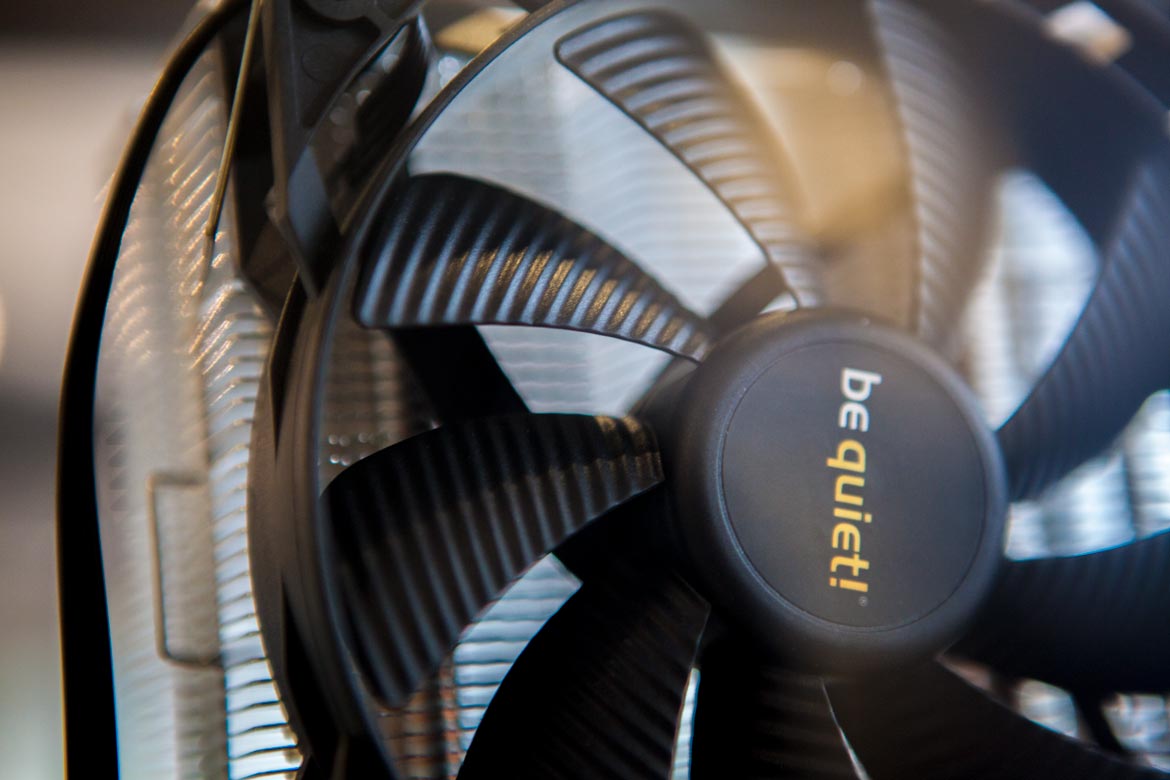 How cool is your PC?

As previously mentioned, a cool PC is a happy PC. By maintaining your CPU at a good temperature, you’ll notice an improved boost in CPU performance that won’t drop as long as you take care of it and maintain the correct temperatures. Yes, it’s that simple.

Checking and standardizing the temperature of your CPU is an easy process. Most modern CPU’s come with built-in temperature sensors that maintain that your CPU doesn’t overheat, although this process can also slow down the CPU until it has relegated the temperatures to a suitable level. 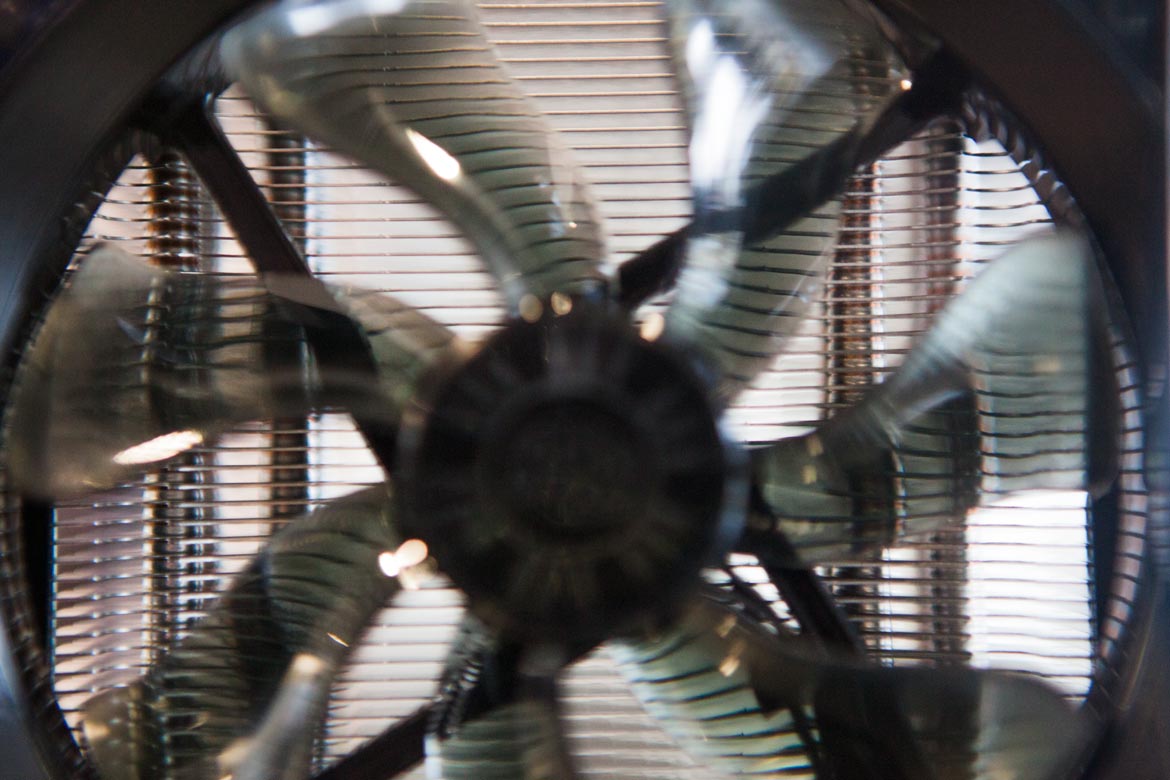 Try to keep your CPU below 70°C at the very maximum for optimal performance, preferably even lower, perhaps at 60°C or below. If your CPU peaks 90°C, you’ll start to notice that your CPU’s performance is faltering. Most CPU’s will never reach 100% usage, luckily, so the temperature shouldn’t be a massive issue, but it is something that is certainly worth noting and keeping regularly maintained track of if you wish to reach the top performance that your hardware can give.

As long as you care about your PC, find the right cooling option for its CPU, and follow the temperature controls, then you should find that your CPU is a silent piece of elegant hardware that keeps your PC at ambient temperatures while running silently.

Your CPU will have never seemed so cool. 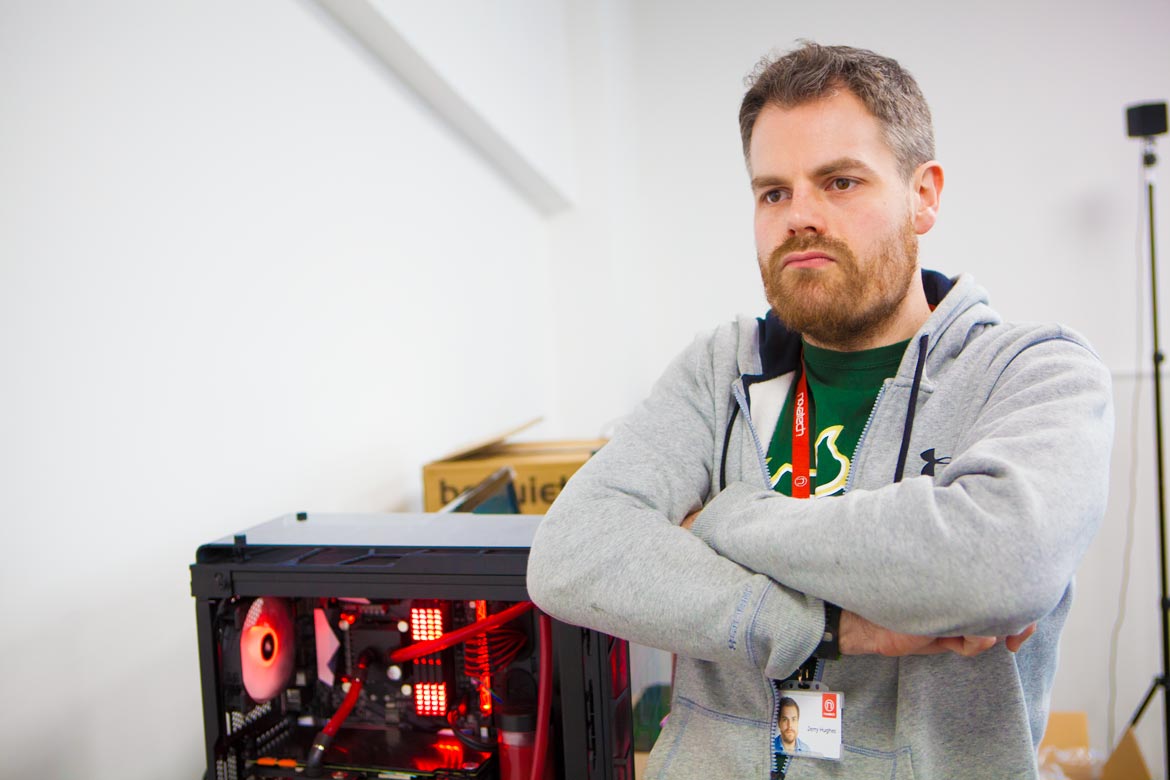