Sadly, it hasn't been rebranded as the GeForce RTX 2077 Ti, which would have been pretty cool - but then again, that would make it sound less powerful than it actually is.

The standard RTX 2080 Ti has only been given a fresh looking livery from what we can currently tell, so no hints yet as to whether its specs are anything different. It does make sense though, given that Cyberpunk 2077 will make use of Ray Tracing among other feats of graphical fidelity, and will certainly be pushing many PCs to their limits, from what we know of the game's hardware requirements so far. 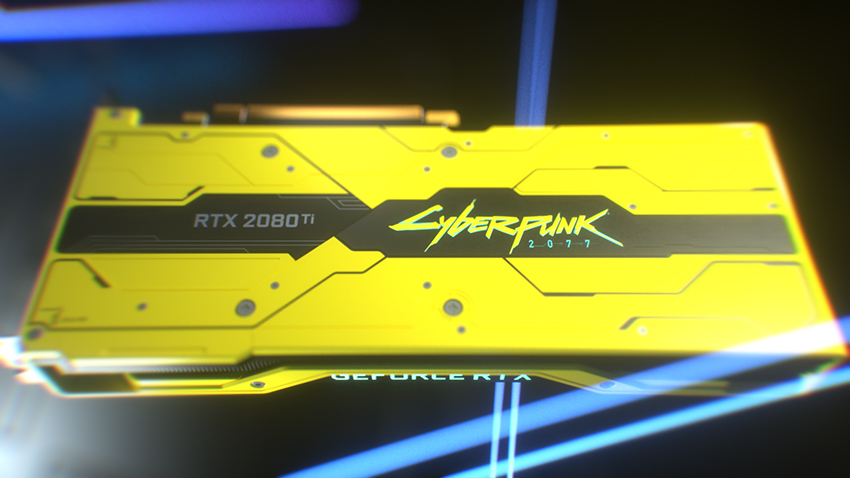 Although the 200 GPUs won't be up for sale, NVIDIA have said the collaboration between them and CD Projekt Red was to 'help spread positivity, reward our fans, and help good causes fund their charitable acts.'

Whatsmore, they are giving away just 77 of these glorious yellow graphics cards, to any two luck BFFs who RT/share the reveal on Twitter, Instagram and Facebook, and tag one another in the comments with the hashtag #RTXOn.

As for the remaining cards, they'll be auctioned off for charity events, or feature as prizes in upcoming giveaways.

We made 77 for our community.

Want to win one?
1. RT this video.
2. Reply with #RTXOn and tag a gamer who is as excited as you are about Cyberpunk 2077
3. If selected, you BOTH win one of these limited edition GPUs. pic.twitter.com/5b7sj7sCb3

Check out this unboxing in the video below...