The original Destiny seemed like an elaborate marketing device for marmite, gamers either loved or hated it. The pieces for success were all there: freedom of the player within an enticing sci-fi world, gaming rewards, a renowned developer… but, the issue was, the first-person shooter had an evident hollowness. The emotional depth and tuned character development that made Destiny’s creator, Bungie, seemingly celestial in the gaming community, was absent to fans. Lost in a rushed development.

But that was 2014. We’ve learnt so much since then, people! I believe Pluto is even being considered a planet again (Get in there, little buddy). Needless to say, ardent Destiny fans have been awaiting its beefed-up sequel with crooked scepticism. Destiny 2 started living in console disk trays over a month ago, and Bungie are hopeful PC gamers will soon be reminded exactly what made them transcend the first-person shooter with Halo to begin with.

Unlike its forerunner, Destiny 2 has received a PC release date of October 24th. Bungie has certainly made sure that it is a worthy contender for PC gamers, who already have a competing ocean of sequel titles to already play this year. Contrasting its marmite predecessor, criticism has framed Destiny 2 more as sunny marmalade, with a variety of tinkered improvements that challenge this to be the most confidently defined sequel of the year. How much do the fans affect a game? Controversy is still rife, of course. Let’s get into it!

Humanity’s last safe city has fallen to an overwhelming invasion force, led by Ghaul, the imposing commander of the brutal Red Legion. He has stripped the city’s Guardians of their power, and forced the survivors to flee. You will venture to mysterious, unexplored worlds of our solar system to discover an arsenal of weapons and devastating new combat abilities. To defeat the Red Legion and confront Ghaul, you must reunite humanity’s scattered heroes, stand together, and fight back to reclaim our home.

Gone is the vaguely menacing antagonist, blandly called, The Darkness. Replaced, the monotonous voice-acting, which included Game of Thrones’ Peter Dinklage scrapped droning dialogue that was bland as Harrison Fords’ voice-over in the original noir, Blade Runner.  Gamers once played Halo’s levels simply to get to the cinematic cut scenes; Destiny had players punching the skip button. Meanwhile, this sequel flows like a science-fiction epic, the closest gamers can come to experiencing the dynamic adventure of a Hollywood blockbuster.

Granted a PC release, Bungie have focused heavily on evolving the gameplay of the Destiny experience. A map is finally being given to players - hoorah! Now you will be able to explore various zones and planets without getting as lost as a Northerner on the London Underground.

A clever matchmaking solution called ‘Guided games’ has been added too, meaning fans can dive into Destiny 2’s toughest raids amongst a team. In addition to new weapons and armour, farming of power ammo from yellow bar enemies, and increased grenade damage, you don’t even need to go into Orbit anymore – farewell, repetitive loading screens!

Bungies’ focus on converting player versus player multiplayer into 4v4 matches has been something the fan base was asking for, an example of how the game developers have done the rare tactic of listening to player criticism, leading to a well-levelled game that mixes dedication with entertainment. Although, is this always positive? 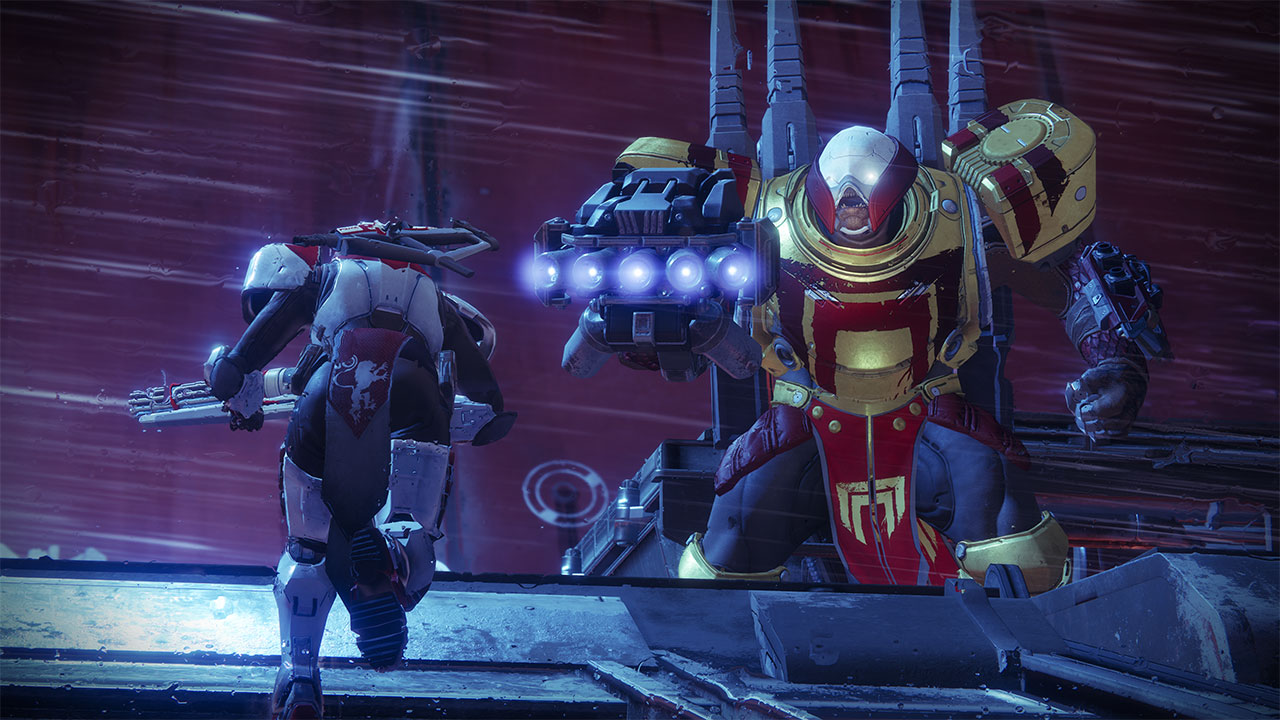 Is this game your Destiny?

Destiny 2 is still synched with its older sister. It is a core RPG that progresses via killing enemies and completing missions. The specific changes appear to be more towards gameplay and the how the game has players spend their time doing various violent activities. Much like many MMO’s, Destiny 2 requires a certain dedication on grinding missions to advance your level and skill. The repetition of this was a polarized criticism amongst the community.

Gamers quickly grew tired of the dragging missions that exhausted many with demanding goals and open-ended challenges. Now hardcore players are complaining that there’s not enough stuff to do in this new game. They believe that Bungie has withered it down to please the Call of Duty masses, rather than focusing on its veterans. These were the gamers that enjoyed the humdrum sweat of racing an invisible timer to collect every objective the original had to offer, roaming lifeless areas to sweep whatever materials the game demanded players have.

To each their own, this is still possible in Destiny 2. Multi-hour raids and the sociability to assist friends with completing tasks still allows for multiple nights worth of playing. Just a greater focus on trimming the fat of how players can achieve these goals has led to a slimmer game which requires less frequent play to remain updated and enjoyable. Those with busy schedules can now be involved in the fun and still see sunlight! My mother is going to be so happy to see me.

Overall, this is an exciting development for PC gamers. Despite the complaints, Bungie opened their ears and allowed the gamers to help craft this riveting sequel. Destiny 2 shows progress in game development, crafting sequels that beat previous segments by acknowledging their faults and using the nasty comments of a subreddit as a useful tool. The film industry has a lot to learn from this, when concerning themselves with sequels…

Player feedback is what has helped fuel this game and will probably lead to a larger gamer count for the more casual person. Lest not forget, a PC release means a prettier game for the dedicated PC user, with the right hardware.

Below, the recommended spec for Destiny 2 on PC:

Mm, beautiful. Instead of consoles’ 30 FPS, be prepared to enjoy stunning graphics with maxed out settings and over 100 FPS, all on your sexy ultra-wide monitor. Sound good to you? It certainly does us. Be prepared to not hear from me for a few weeks, as I enter the cave of my own gaming darkness. Luckily, Destiny 2 finally grants affordable time for a break as well, so maybe you will. Thanks, Bungie.