×
Home Tech How am I going to entertain my children on a 5 hour car journey?

How am I going to entertain my children on a 5 hour car journey?

Every now and then I run into a predicament of life and I then spend some time thinking about a resolution, some times it's a lot easier than I'd imagine it would be. Last time I had a problem like this I wasn't able to watch NFL Redzone properly in my now mother-in-laws bungalow down in Somerset and I needed a Wireless Extender to do so, thanks TP-Link.

Now the next step in my adventure that is life, my wife and I are taking our 3 young children to Disneyland Paris in a fortnight but instead of taking the quick way of getting there, flying or Eurostar, we've decided to drive there, hooray. Look how much easier it would be to just fly? 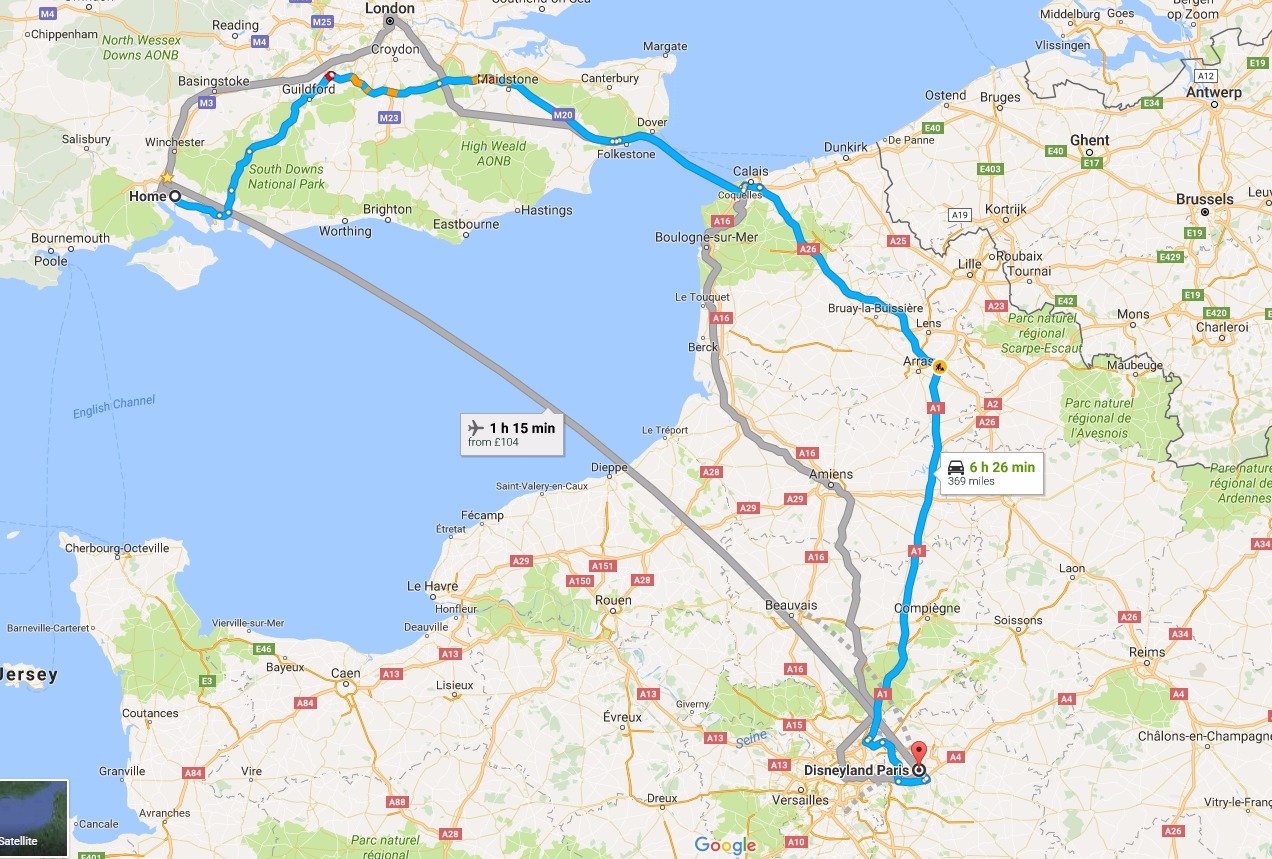 So I needed to figure out a way of not going mad during that 6 hour 26 min journey with all the family in the car, lets face it, there's only so much of time you can hope your children sleep, count red cars on the motorway or play I spy nicely with you. So I've decided to go down the technology route to help placate them for part of the journey.

I've just spent most of my money on the trip to Disneyland Paris though so there isn't a huge budget to achieve what I want but that's ok, I'll work some magic.

I start off by finding the tablet and tablet holders for the car, you really don't need to break the bank at all when getting the tablet if you're only planning to use them for travelling purposes which is what I plan to do, there's not always a need to spend over £300-£400 on something like an ipad because if i was doing that I'd be flying First Class to Disneyland Paris most probably. A low cost tablet such as this one is ideal. 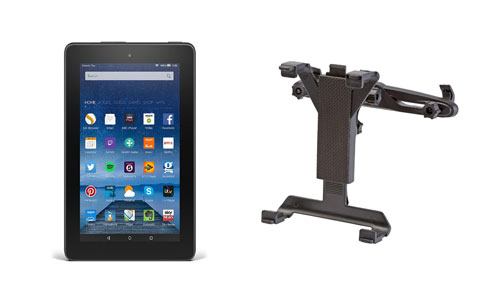 When looking for your tablet, the only thing I have to say to look out for is making sure that it has an SD memory card slot, because you'll notice most only have a small amount of storage, normally around 8GB, but it's so easy to upgrade that and this is where the hero of my story comes in to play.

The mightily underrated SD card, yes you heard me right there. The SD card is my best friend for this operation. I've just purchased a few today, 2x 32GB Kingston cards at £13.73 a pop and there's also a 16GB one but that's for my sons V Tech camera. 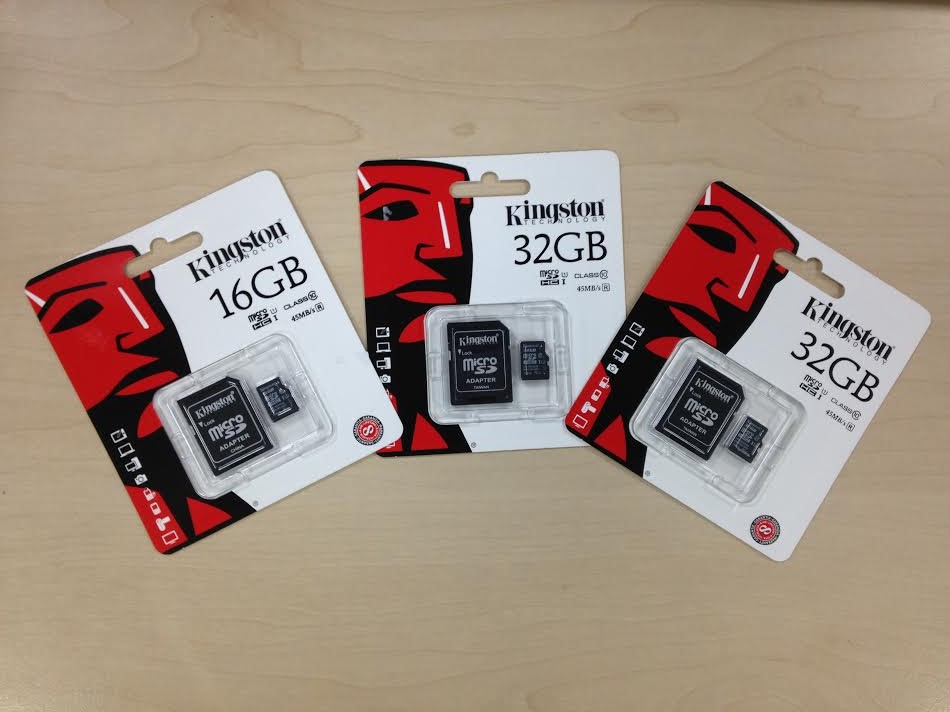 Why am I going on about how precious these SD Cards are? Well rather than having the basic 8GB of storage on the tablet which you almost automatically lose 1/3 of straight away and then as soon as you install/download one game from the app store you're down to about 4GB already, an extra 32GB of storage is basically walking out of a cramped room suddenly into Westminister Abbey, the limits are endless now (well not endless, the limit is 32GB but yeah).

I've plugged my tablet into my PC and look at how much storage it currently has, this needs to be rectified.

The only slight conundrum I had when choosing my SD card, I originally just looked at the price and naturally went for the cheapest one I could when comparing 32GB ones and I originally stumbled upon this one from Kingston but after looking into and speaking to some of my colleagues they told me that it was a Class 4 card and I should really be looking at a Class 10 card instead if the price difference isn't very much. The reason for going for a Class 10 card over Class 4 is because the speed of copying of large files to it is a lot faster and if you're fancy and have high quality films it will play better and smoother.

Inserting the SD card into the Tablet is a very straight forward process, in case you don't know how to, here's a real quick rundown of the steps. If you're getting an SD card similar to the one I've previously mentioned, when you open it you'll only need the actual SD card not the Adapter but hold on to this in case you might want it at a later date for a different device. 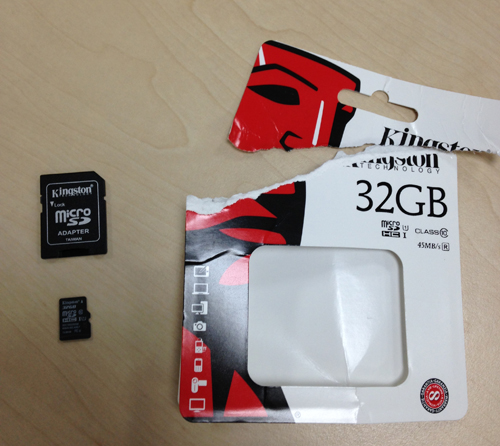 Then you need to pop open the long cap which will be on the side of your tablet. 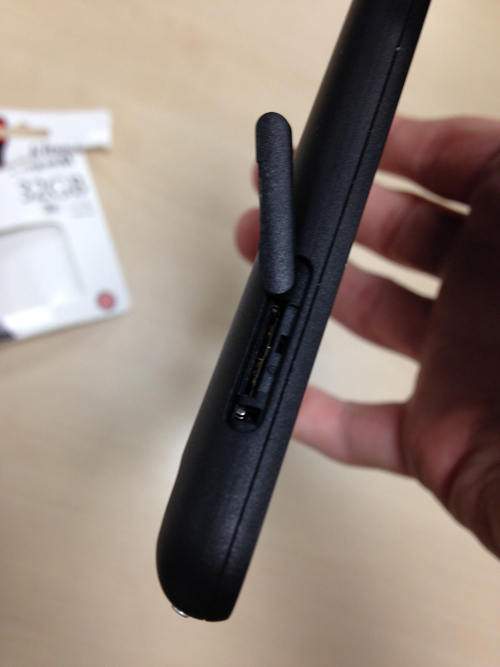 Position the SD card gently into the slot and then firmly with the end of your fingernail apply pressure to the edge of the card until the card clicks into the spring loaded slot. (if you're experiencing any difficulty here make sure the card is the correct way round, it only goes in 1 way) 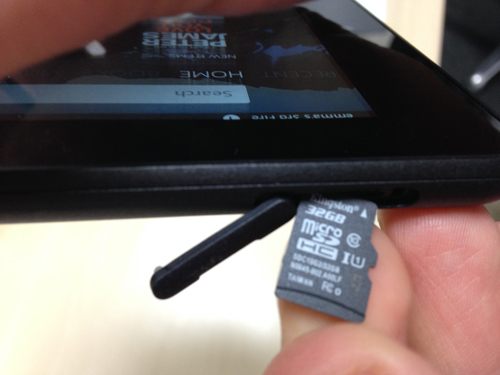 Close the cap and you'll be ready to go, now I have storage, storage and more storage, yippy!

Now instead of only being able to have the one Star Wars film on there, Episode V Empire Strikes Back because out of the 7 episodes that would have to be the one you choose, if it isn't then there's a problem here; I can now have all 7 episodes on there and even have Rogue One too. Yes my 7 and 4 year old boys are both huge Star Wars fan so I am not exaggerating on this, this is basically the film choice they're most likely going to have for the 12 hour combined journey.

So what is this story telling us, that sometimes an overlooked piece of equipment such as an SD Card is actually the underrated saviour of a mini project such as this. Graphics Cards, Motherboards, Processors often get the spotlight but little things like these always deserve the recognition for their part.

And with all of this, the Picasso 747 is now departing, please enjoy your in flight entertainment and have a great journey, I know I will. 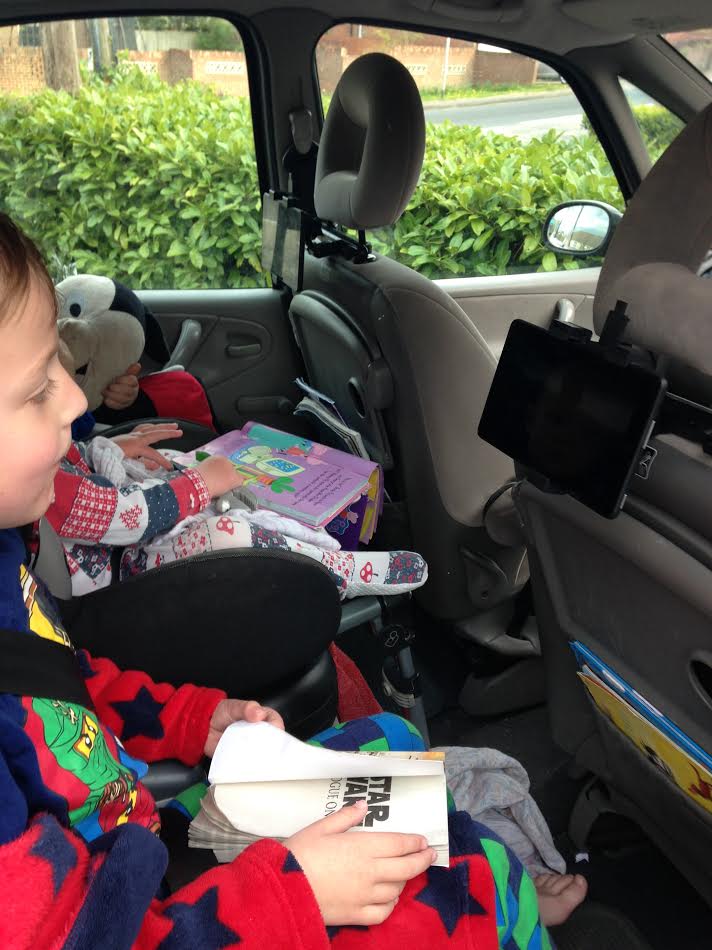 View the range of SD cards and memory from Novatech here

Next I'm going to need to find out a way to store all these photos we'll have from the holiday.