The Fallout 76 Bug that deleted the entire 50GB Beta

Gamers were frantically clambering to their PC’s for the launch of Bethesda’s highly anticipated and scrutinised Fallout 76 beta; ready to dive online into their favourite post-apocalyptic wasteland. But as is accustom with Bethesda’s games, there were bugs. Some larger than others, more than just your standard freeze-frame.

For some severely frustrated users, the 50GB game was self-deleting itself and forcing users to redownload the entire Fallout 76 beta file before they could play again. When the first reports started coming out, Bethesda put out a warning to the beta players to not click any buttons on the launcher because interrupting the launcher seemed to trigger the deletion of certain game files in the beta.

Please note, this is an atom bomb that only affected PC users that led to ISP data restrictions and extended wait times for gamers that were eager to get their scheduled sessions on the Fallout 76 servers. 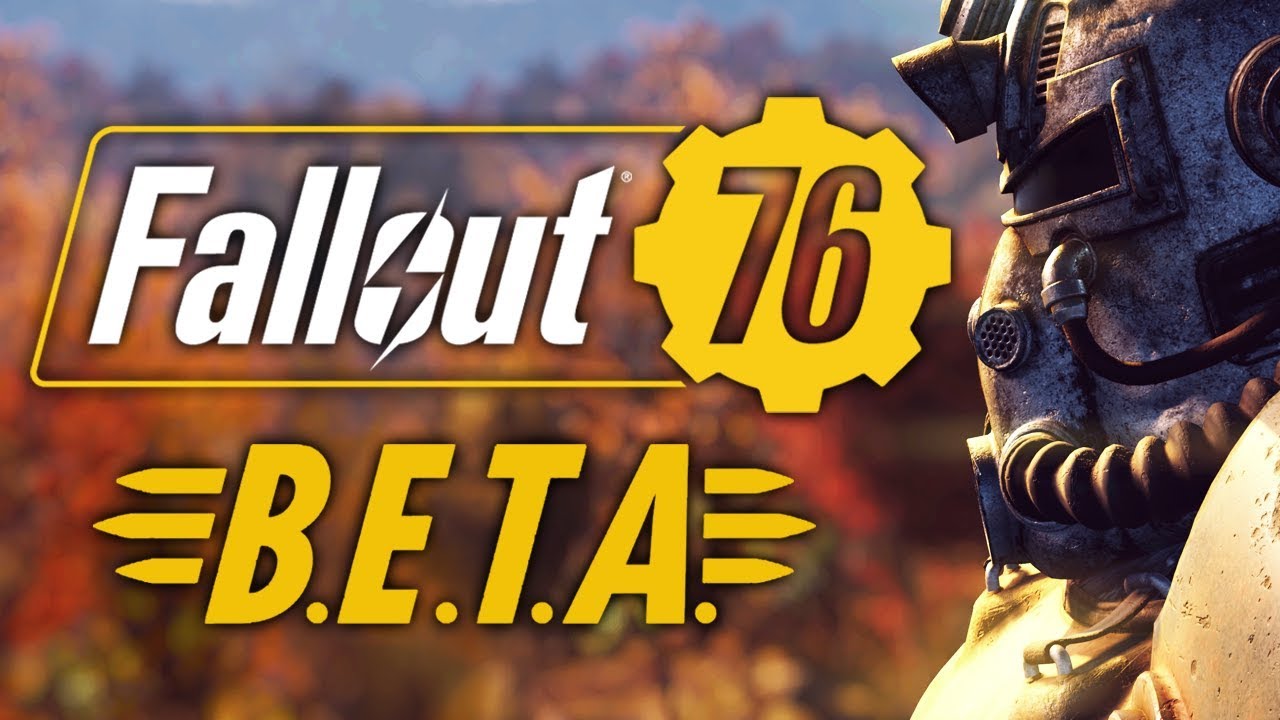 Bethesda has been prompted to extend their Fallout 76 beta as a peace-offering for the affected parties and has taken full responsibility for the crippling crash. This has led to the beta being extended by an extra four hours for all users, including PlayStation 4 and Xbox One players (good news, console gamers!), and will continue to run until November 4th, 2018.

Fallout 76 will be released on November 14th, 2018. We are still excited to see where this game progresses despite the bugs and to see where Bethesda takes this new online platform.

Here’s the schedule for the upcoming Fallout 76 beta. Let us know what your experiences have been so far, Vault Dwellers. 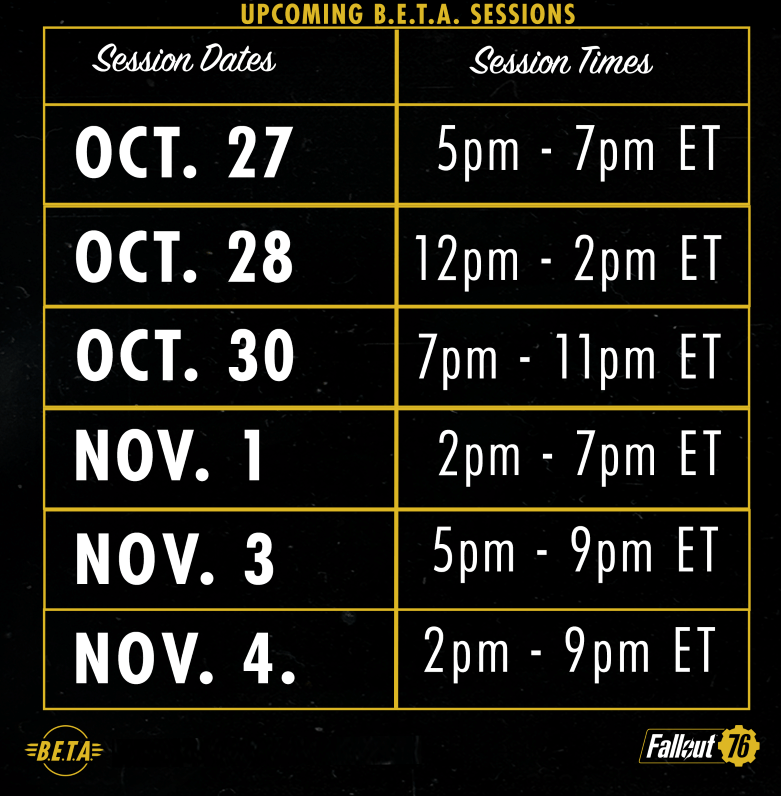