With so many of us stuck at home, casual and hard-core gamers alike are spending even more time than usual on computers and consoles in order to escape stress and keep themselves entertained.

Indeed, the gaming industry as a whole is seeing a monumental surge in both users and time spent, with the upward trajectory further accelerating what was already a growth industry. Game sales (both physical and digital) have increased dramatically in the last couple of months, with certain major releases such as Final Fantasy 7 sold out across the country and literally millions of hours being logged. Over 340,000 boxed games were sold in the UK in the last week of March alone, and those sales look set to continue as lockdown laws tighten.

The rise in Steam Users

We’re even being encouraged to indulge this month, with the World Health Organisation officially recommending gaming as one of the most logical and helpful ways of combating mental health issues whilst in isolation.

We’re finally being told that gaming is good for us! But what has the industry at large been doing to make the most of this unexpected boom period?

As a means of coming together to thwart the crisis with information over misinformation and unity over disorder, several major game developers and publishers have signed up to the WHO’s #PlayApartTogether campaign.

As a way to help ensure that gamers are being given the right information regarding COVID-19, the campaign brings together 18 of the industry’s most major players. This includes names like Activision Blizzard, Riot Games, Zynga, Kabam, Unity, Twitch and YouTube Gaming, though even larger names such as Nintendo, Sony, EA and Microsoft are notable in their absence.

Publishers are essentially inserting special events, rewards, activities, and exclusives to games, encouraging players to adopt best public health practices in order to slow the spread of the virus.

Ensuring the tech can cope

With more people than ever logging onto their consoles and PC gaming platforms (not to mention their smartphones and tablets) to quell lockdown boredom, all of those gamers could be putting a major and unprecedented strain on servers. This is particularly true of online games such as competitive shooters and MMORPG adventures, but even the servers we use to download our Steam, PlayStation Store or Nintendo eShop games could buckle under the weight of millions of concurrent users.

Microsoft made the executive decision to shut down a bandwidth-intensive feature of their Xbox Live platform to deal with the record number of players taking to the service during the lockdown. Granted, they’ve just put the brakes on allowing users to upload their own custom pictures for their avatars. But this is merely the public face of a more concerted effort that also involves more intensive ‘proactive steps’ to plan for high usage periods. PlayStation, meanwhile, admitted that download speeds might be limited in the US and the EU during the pandemic, in a statement that sounded remarkably similar to those made by Netflix and Amazon Prime in recent weeks.

On the PC gaming front, Steam has seen similarly large surges in activity, with 22.67 million logged on a single day earlier in the month, up 20% from the same time last year. If these numbers continue to rise then Valve too will need to consider downgrading certain services in order to maintain server stability. It’s a delicate game to play but there is certainly a balance to be found between playability and speed.

With more of us working from home due to social distancing measures, many industries have struggled to find that sweet spot between working independently and remotely and having a team to bounce ideas off. The games industry, however, has always been something of a solitary sector. In the halcyon days of the 1980’s home computer period, for example, entire games would be designed, developed and coded by individuals, often out of their bedrooms. 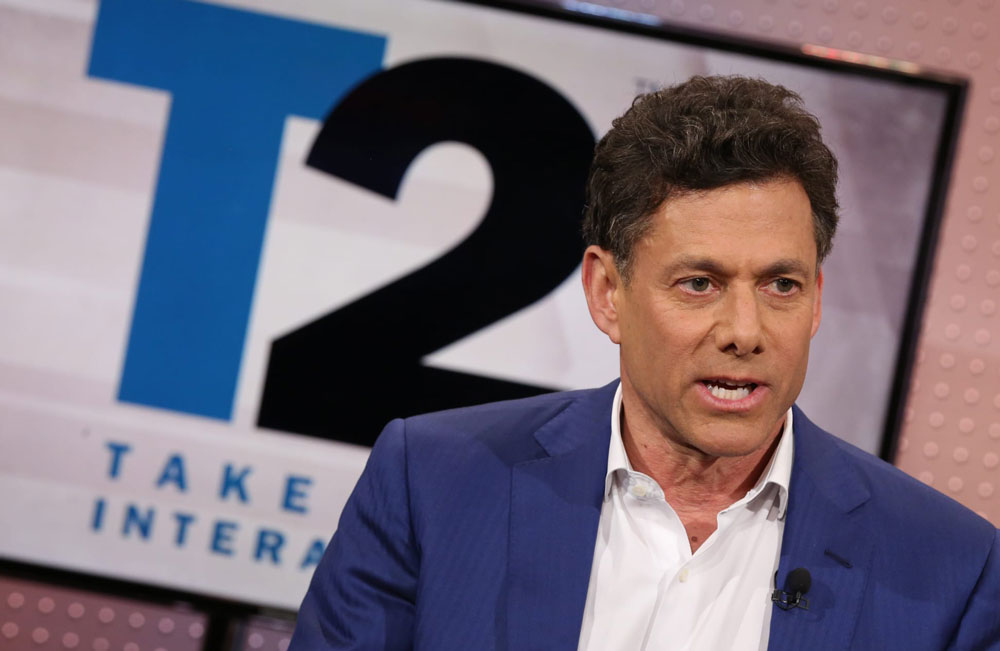 With the indie gaming boom of recent years, there has been a definite rise in independent development teams and perhaps it’s about time the mainstream industry took note. Take-Two’s CEO, Strauss Zelnik, has speculated that the coronavirus response may inspire a lasting move to working from home in the games industry and this wouldn’t necessarily be a bad thing. Remote working is a double-edged sword – you lose the face-to-face feedback, but do gain an extra hour or two a day that you would otherwise spend commuting.

Game development is also becoming increasingly more secretive, particularly when it comes to new project development. Remote work is a way of keeping secrets segregated rather than centralised in one location, though obviously security measures will need to be taken into consideration.

Contributions to the cause

Rockstar has pledged to donate 5% of all in-game purchases to COVID-19 relief efforts, Ubisoft has donated $150,000 to the WHO COVID-19 relief fund, The Witcher developers CD Project Red have donated almost $1million to a Polish healthcare charity fighting the lines and Nintendo have donated almost 10,000 surgical masks to the state of Washington. This is just scratching the surface too, as there are dozens of examples of charitable gaming industry goodwill floating around the internet for those willing to hunt them down.

Perhaps even more profoundly, millions of PC gamers have decided to use their insanely powerful graphics cards to help fight COVID-19 using the Folding@Home app. This is a program that’s able to draw processing power from GPUs across the world to create a supercomputer that can be used to help combat the virus by folding proteins. The combined power of the network broke 1,000,000,000,000,000,000 operations per second (one “exaflop”) on 25 March, which is officially six times faster than the fastest supercomputer in the world. Strength in numbers indeed!

Many providers are also offering free access to their games to help people entertain themselves at home during this time of perpetual boredom and anxiety. Sony has given away $10 million to indie studios to encourage them to continue working during the crisis and has also allowed all PS4 owners the chance to download two legacy titles for free. There are also hundreds of free titles and apps being released every day by everyone from Ubisoft to Jackbox.

Making the best of a bad situation

There is nothing wrong with trying to turn a devastating situation to your advantage as long as it benefits the world at large in the process. This is something the gaming industry is discovering slowly but surely as more and more companies start to understand the potential of the situation. The Roto VR startup, for example, has been able to raise £1.5 million in funding for its 360 degree VR chair, which will allow users to experience the VR world more organically from the comfort of their own quarantines.

Meanwhile, with the vast majority of sports events cancelled for the foreseeable future, the eSports sector has been riding the crest of a rather substantial wave, with viewing figures skyrocketing during the pandemic. The largest events might still be held in stadiums, but eSports is far more malleable than conventional sports when it comes to digitisation.

Elsewhere, the worlds of real and eSports are beginning to blur, with the Finnish hockey league choosing to hold its national play-off game on the NHL 20 video game and even the Grand National being digitally simulated earlier this month. That event was watched live by 5 million viewers so there is certainly a mainstream audience out there that are ready and willing to adapt.

There are approximately 2.2 billion gamers in the world - that’s more than a quarter of us. That kind of reach is pretty much unmatched in the entertainment sector so there is a real chance within the industry to set a strong example.

Video games have always been a hotbed of innovation. In fact, it’s a sector that often leads the way when it comes to major technological shifts. The Wii, for example, set the stage for a whole world of motion-based technology and the first mainstream VR headsets of the 21st century were those used ostensibly as gaming machines.

The industry didn’t need to do a lot to survive this pandemic. Indeed, it didn’t really need to do anything at all. But what it appears to be doing (to its credit) is to be using this crisis as a springboard to catalyse ideas that were always on the back burner but might have taken a few more years of gestation otherwise.

Spending more time playing or creating bigger and better games right now? Check out our creative workstations, or get in touch for something bespoke.