×
Home Gaming and esports The Future Of Gaming

The Future Of Gaming

With the current rate at which we are now making technological advancements and the gaming industry achieving over $100/bn year on year, we wonder where exactly the gaming industry could take us in the next 5, 10, 15, even 50 years? In a gaming world where the difference between real-life and virtual is becoming ever-increasingly inconspicuous, we are going to dive in to what we think you should be expecting from the gaming industry in the future.

Over the course of 2019 alone, we have seen Google announce and launch their streaming platform Google Stadia, Ray-tracing technology moving into the consumer market, and an ever-growing political battle in regard to the inclusion of loot-boxes in games. So what exactly is next?

The World of Game Streaming

As we experience continuous developments in internet access and speeds, this without a doubt will go hand in hand with the development of game streaming. Google Stadia currently provides users of the service with the opportunity to experience its game titles in 4K at 60fps (a 4K monitor and high-quality internet access is of course needed), but this begs the question: If Stadia can provide this experience over an internet connection alone, then where does this leave the hardware market? PCs capable of running game titles at 4K and 60fps would have previously cost hundreds, if not thousands of pounds, but with the number of internet users reaching 3.9 billion worldwide, does this new service open the prospect of 4K gaming to a larger audience, who may have previously been priced out?

There are obviously still teething issues with Google Stadia’s platform, but they are definitely manageable and fixable. With the likes of Microsoft, Sony, Amazon and Apple all looking to dive into the multi-billion-dollar industry, we are only going to see this market improve more and more, especially when it comes to the processing capabilities and title variety that will inevitably arise.

A somewhat ‘obsession’ for us historically, is that of providing a fully authentic virtual reality experience to consumers. Starting as early as 1935 with Pygmalion’s spectacles, VR headsets and experiences have consistently been adapted, modernised and attempted, with no attempt really creating a name for itself in the market until 2012. The Oculus Rift produced a momentum unlike anything seen previously in the market, causing the likes of Facebook to invest in Oculus, and technological powerhouses like Sony, Google and Samsung to follow suit and join the VR party. Where exactly will these companies take us though?

Coming as soon as 2021, we are set to see AR and VR create a ‘metaverse’ in which users will be able to experience a world where what they know as real and virtual will be completely merged. Michael Abrash, the chief scientist at Oculus, made an interesting statement during Oculus Connect 5, in which he mentioned that technology for the AR/VR integration is not yet available (as of 2019), but ‘it will be.’ Take this how you will, but it would seem that there may be some developments coming from Oculus over the next few years to make this target a reality. 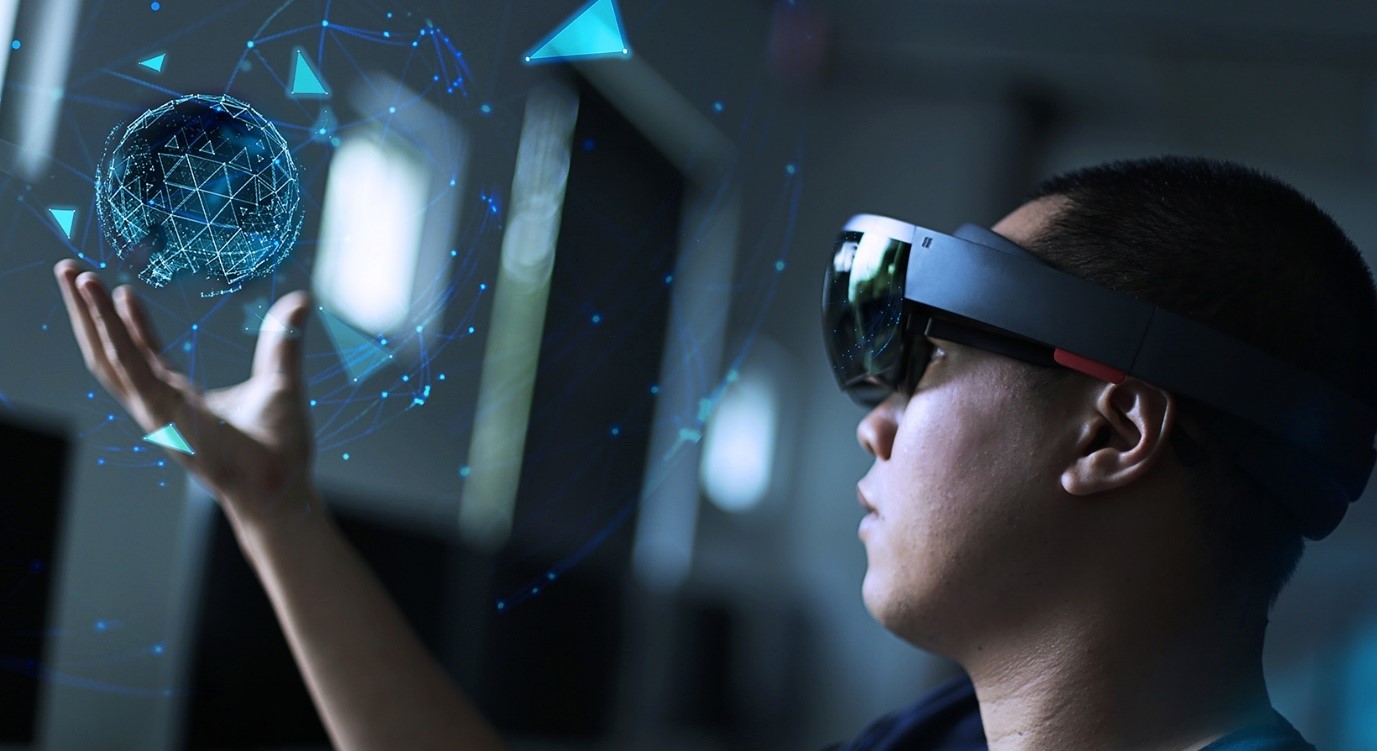 Sadly, UK VR Specialist, Sarah Jones from the Birmingham School of Media at Birmingham University, has squashed our dreams of stepping into the Oasis like they do in the Hollywood blockbuster, Ready Player One, as she believes the future of VR is not intended for gaming but rather that it ‘present[s] a way for us to do things better - especially work.’

Realistically speaking, we think VR by 2050 will provide a much more immersive experience, by removing current issues like distortion, god rays and screen door effects and perfect visual fidelity. With current extensions of VR haptic suits, Hi5 VR gloves and even the Omni-directional treadmill currently available on the consumer market, I don’t think it’s unrealistic to create an expectation for gamers to experience a similar metaverse like that featured in Ready Player One, especially when we consider that 2050 is only another 30 years away.

An interesting publication by Dell Technologies predicts that VR, accompanied with augmented reality, will provide consumers with a new way to game and interact with the internet and its environment, which it dubbed the ‘Internet of Experiences.’

‘By 2030, the web will have escaped the screen, letting computer graphics leap into your home in 3D. The opportunities made possible by this technological leap will lead to immersive ‘alternative scenarios’ where you communicate with people virtually and the lines between the real and digital worlds are blurred.’ - Toshi Hoo, IFTF’s Emerging Media Lab.

This prediction will provide an endless scope of possibilities for the Gaming Industry. Gamers will become fully immersed in a 3D environment structured around the current room they are in, offering the uncanny experience of not knowing ­what is real and what isn’t. An experience that’s not currently offered elsewhere in the gaming industry, such as gaming apps.

Possibly the one that will cause the biggest impact, yet also the one we’re already accustomed to in contemporary titles, machine learning is used in games such as World War Z, in which the difficulty of a zombie horde will fluctuate based on your skill level.

However, many game development companies are now looking into NPCs, deep learning and machine learning algorithms. Dynamic Neural Networks (DNNs) are set to create a completely intuitive and custom experience for each user experiencing the game. AI NPCs could produce a whole new level of difficulty in battle situations. For example, an enemy may understand your fighting style and combat your typical behaviours, as if the game somehow knows you personally. 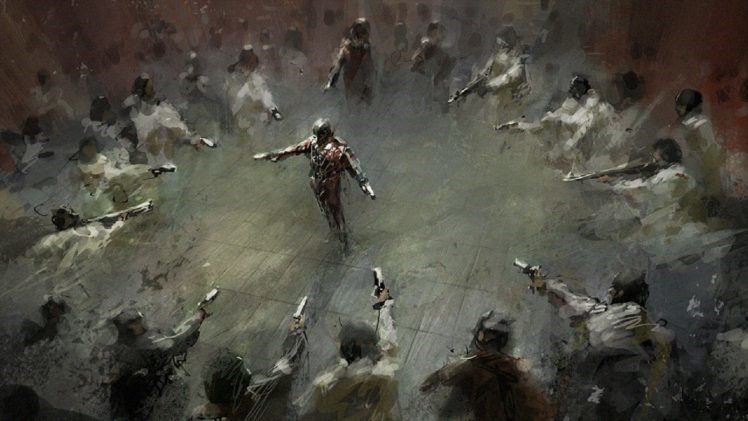 There are, at least for now, major challenges preventing the full integration of machine learning into game development, be that the processing power or lack of data to use. These algorithms will need to be precise and bullet proof, as a slight loophole or error could really ruin the player’s immersion and experience.

This is an area that developers continue to research and review, so I wouldn’t be surprised if this becomes a primary feature used within game titles in the next 5 to 10 years.

Games Powered By The Mind

At present, the adoption for VR Games is often hindered due to the floor space a player requires to fully utilise and move in the virtual world efficiently. Vive currently recommends a minimum play area of 2m x 1.5m for an optimal VR experience, however not everyone has this much free room available to them. But in some companies such as Neaurable, a Boston-based tech start-up, there are developments being made in the realms of games powered by the mind. Continuously developing a game called Awakening, in which the player must escape a government lab using their telekinetic powers, their current set-up involves placing dry electrodes on the player’s scalp and using (prepare yourself for a God-tier mouthful) electroencephalography to track brain activity. Software then analyses this signal and figures out what should happen in the game, meaning the game can be played seated, whilst providing the illusion of movement within the game-world. 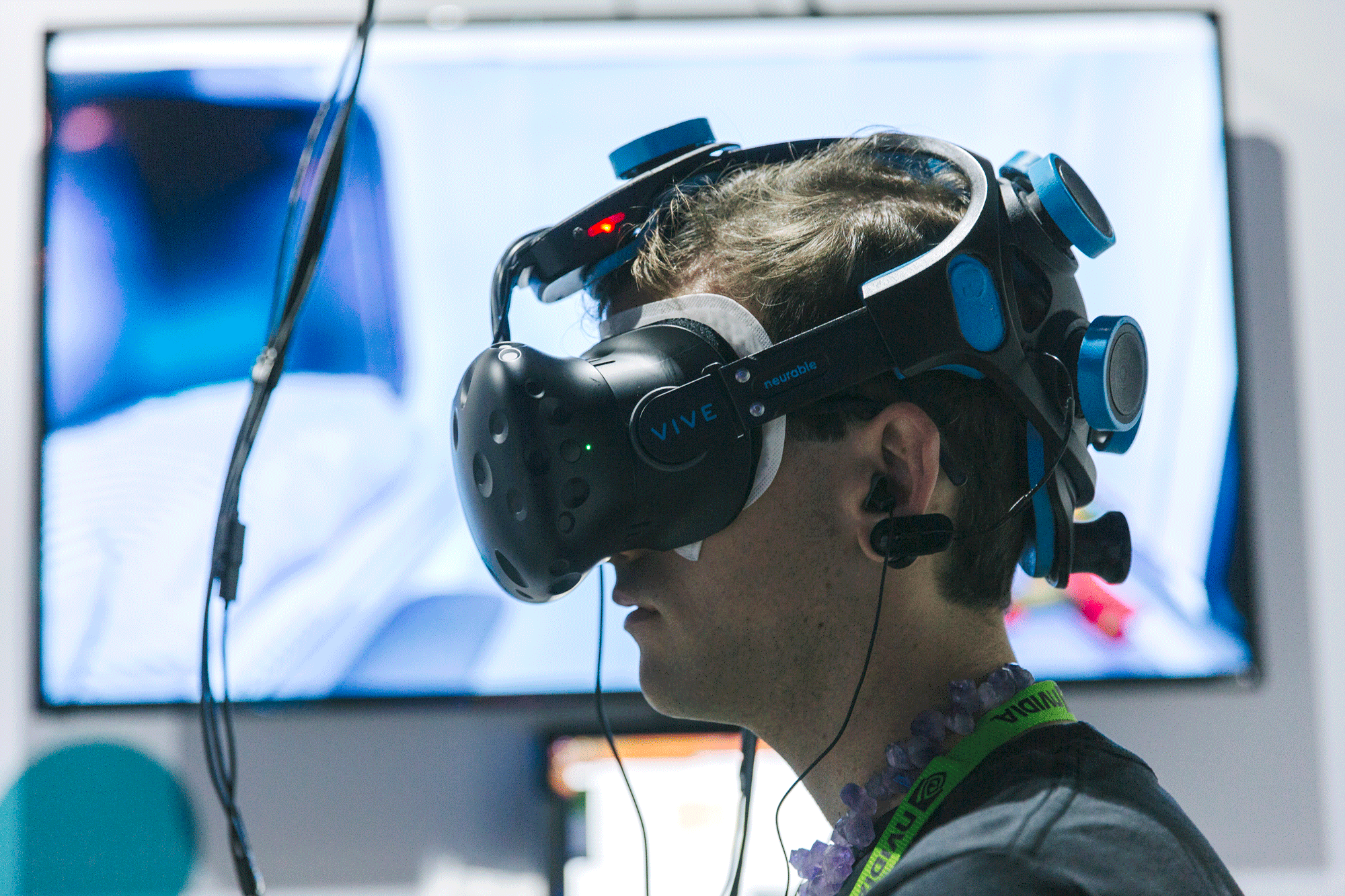 Currently there is a configuration procedure each player must go through prior to the start of the game, however as technology and knowledge continues to advance, Neaurable are hoping to soon provide an experience where the user can simply jump right into the game without any configuration.

This development process is still in the works and will likely continue to be for the foreseeable future, and as such, may not be seen on the ‘general consumer market’ for quite some time. But with the likes of Elon Musk also investing into this VR mind-powered universe, with his company, Neuralink and others, the developments in the field should come quicker than we anticipate. Do you think there are any current game titles that could be played solely with the power of your mind?

So there you have it, all of the current developments and predictions on what the future holds for gaming. What area are you particularly excited about and where do you think it could go in the next 50 years? Let us know in the comments, and of course, let us know your own predictions and why this could well become a reality.