×
Home Tech Buying the best monitor to suit your needs

Buying the best monitor to suit your needs

Gamers don’t just see video games as games. They’re a transcending experience that pits you against the greatest of challenges. So why settle for the mediocre when it comes to how you experience every new PC release or retro classic?

Whether you’re building or buying a Gaming PC, a monitor isn’t usually the first component people consider as a high priority feature. Consumers often don’t take into account the various factors that paint the best picture for whatever gaming they prefer, purchasing a PC monitor without heeding a second thought to whether LCD, widescreen, or 4K are the perfect fit for them. We’ve long left behind the age of bulking block monitors and there's a lot to choose from!

So today, we'll explore the specifics of choosing a monitor to make every game you play an opulent (but affordable) custom portrait.

In our post on 4K gaming in 2020, we discussed how size can play a key factor when you later choose what resolution to play at, but ultimately, choosing the size of your PC monitor hinges mostly on how much space you have to work with, and the depth of your wallet. Naturally, the power of your Gaming PC will also restrict you from instantly filling your livingroom with a cinema screen to play Overwatch, since the larger the screen, the larger the resolution that's required to keep the image crisp and prevent it from looking stretched or fuzzy. Of course, with this comes the demand for more rendering power, but with the newest additions to the GPU market from NVIDIA's RTX 30 Series of graphics cards, the affordability of hardware that can deliver these higher resolutions is definitely improving significantly.

With this said, when discussing gaming monitors, there's no doubt that for most, bigger screens are usually more pleasing to the eye. Widescreen monitors from BenQ, AOC, or Zowie produce a crisp quality image that allows the likes of 4K to be fully appreciated with their entrancing 16:9 aspect ratios. 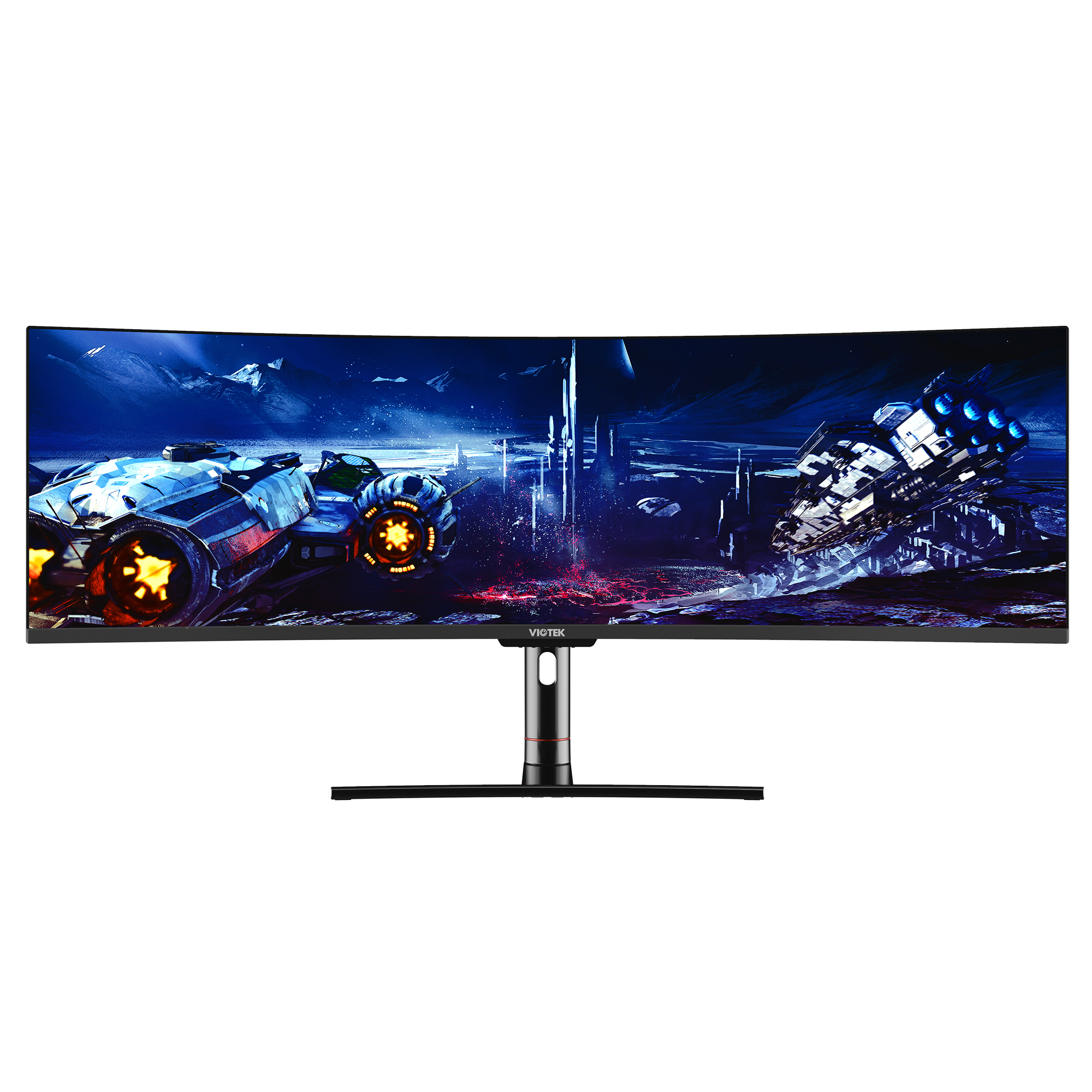 If you have the space and your heart isn’t set on dual screens, I'd recommend discovering the beauty of a 27" gaming monitor. The resolution really does go unmatched. And if you can fit two 27” screens, then I truly envy you and demand an instant invite for a gaming session. But for those with a smaller amount of space, two 20” screens are a flexible option with multi-purpose abilities.

Believe me, I once spent a summer playing Halo 3 on my best friend's miniscule 15” screen. In comparison to today’s market options, I never want to experience that amount of split-screen squinting again. What’s the saying? “Play away from a Mac, and you’ll never go back.”

This one can be as simple or complex as you want it to be. Panels are the technology that provide the way in which the monitor's lighting is displayed. The options are something often overlooked by gamers. With the introduction of OLED monitors in recent years - which, unlike LCD technology that relies on varying LED technology to light themselves, instead power their own lighting through intricate, complicated technology where every pixel is a light source on the screen – gamers have several options to consider with how their monitors are lit.

LCD twisted nematic (TN) panels are an affordable personal preference amongst gamers for their fast refresh rates and pixel response. Viewing them from an angle, you may experience a colour shift and overall colour inaccuracy if they can’t be swivelled to match your eye line. They are still great for matching refresh rates and have become a personal choice amongst those that want to game in 3D.

If you’re a competitive gamer, in-plane switching (IPS) panels will probably not be your weapon of choice. They have slow pixel response times that put them behind in those crucial moments of gaming where timing is key. If you are editing media, or viewing it via streaming services, these may be more beneficial as they are renowned for their high colour accuracy that provides a pristine image unmatched by other panel technologies.

Vertical Alignment (VA) monitors were once a stranger, rarer breed of gaming monitor, but have become more common in the last few years. More of a midrange choice, they still suffer slower response times than their TN counterparts and colour distortion when viewed from an angle, but they also emit a high contrast ratio and are spectacular colour displays, if placed correctly - great for displaying blacks that are truly black, rather than that very dark, inky blue that can sometimes be quite prominent in other panel types, and often TVs.

Many gamers often look for a monitor with the most pixels but never pause to consider which hardware will actually be able to deliver them. The more pixel density in a gaming screen, the better the image produced for a realistic effect to the viewer's eye. However, as mentioned earlier, a higher resoltuion gaming monitor has more pixels but requires more powerful PC hardware. The majority of monitors offer 1080p "Full HD," and the majority of GPU can match the demands of this resolution without issue.

The next step up from Full HD screens is Quad-HD (QHD), or 1440p, generally experienced in screens larger than 25" and is one of the most popular screen resolutions for gamers to date (based on Steam's hardware surveys). Considering 4K Ultra-HD (UHD) offers around 8.3 Million pixels in a single screen, if your PC isn’t a high-end beast, then that’s already a pretty hefty demand on your graphics card and you will have to consider the limitations of what you purchase. Remember: not all GPUs can handle 4K - even NVIDIA's new RTX 30 Series of graphics cards can only just run native 4K games on the highest settings at around 60-80fps on average, for AAA titles. 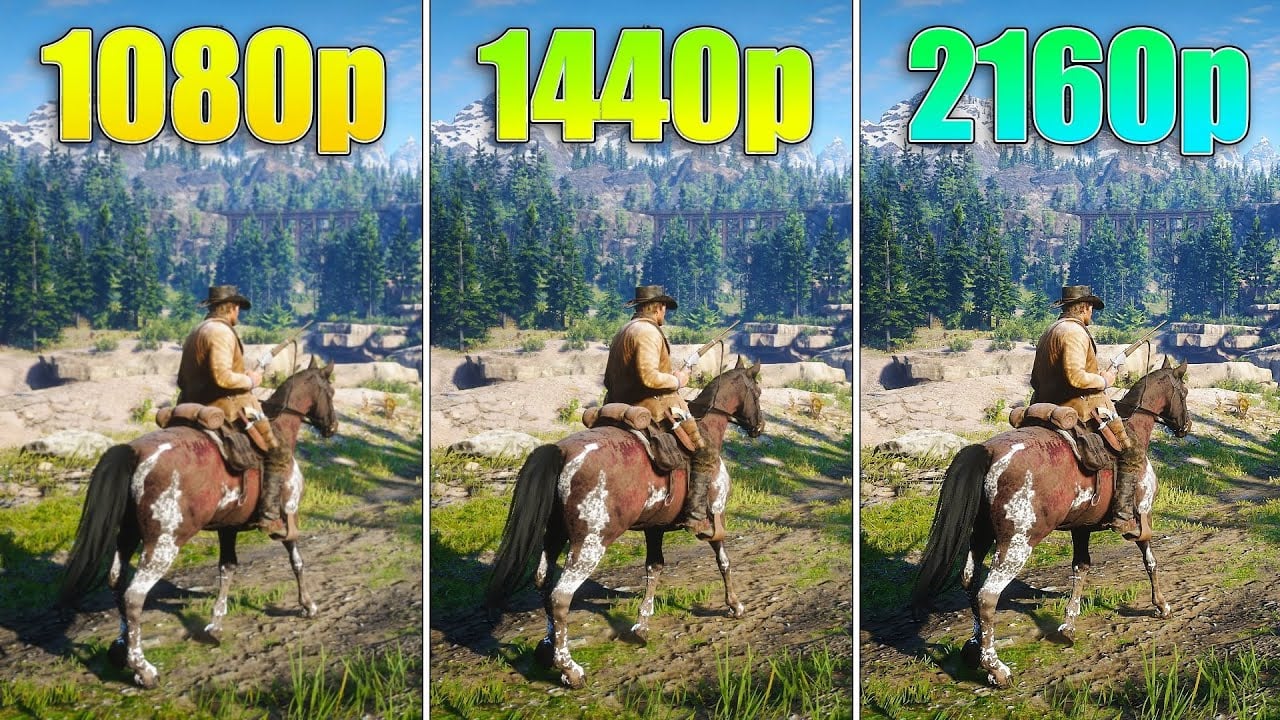 Learn more about the viability of 4K gaming in 2020

Refresh rates is something every gamer should consider for their monitor. How fast your gaming monitor refreshes the screen per second is a crucial part of gaming, from a common side-scroller to an intense FPS dual. Measured in Hertz (Hz), you’ll find that the majority of 4K LCD monitors have a refresh rate of 60Hz, meaning the screen is refreshed 60 times per second. Try blinking that fast!

By today’s standards, 60Hz isn’t that advanced though. If a game plays at 120 frames per second, on a 60HZ monitor you will only – you guessed it – see 60 frames a second. These 60Hz monitors can sometimes experience problematic blurring of fast moving images, or entriely miss vital frames, risking player success in fast-paced esports titles. Adaptive refresh rate technology (NVIDIA’s G-Sync or AMD’s FreeSync) tackles this issue by smoothing up frames per second and slowing potential input lag. If you’re playing a fast-paced shooter like Counter-Strike, every frame per second counts for reaction time, giving you more and more opportunity to pull off that epic snipe down through the gates in the middle of Dust.

Gaming displays have evolved way beyond the 60Hz standard that many people have become used to though, with offerings surpassing the 300Hz mark for the latest and greatest in the esports screen space. For most though, 75Hz and 144Hz seems to suffice.

Partially related to refresh rate is response time. The response time of a monitor refers to how long individual pixels with new colours take to update on the screen, with an average of 5-10 milliseconds (ms), though many mid-range monitors are now offering between 5ms and 1ms. The lower the response time, the better the gaming monitor; action and movement is relayed in fast, fluid images, with minimal input lag and no unsightly smearing or "stuttery" colour fading. For the most part, this is one of the more subtle elements of a gaming monitor and many won't consider it. But it is worth being aware of nonetheless. At the end of the day competitive gaming relies on no input lag, and combining high-refresh rate with minimal input latency means you'll stay at the top of your game without any unnecessary, and easily avoidable hardware hitches.