For decades now, computers have shaped the media and entertainment industry. We might cast our minds back fondly on the early CGI experiments of the 80s and breakthrough moments such as Jurassic Park and Toy Story. But today, there is very little that can't be achieved with enough GPU horsepower. 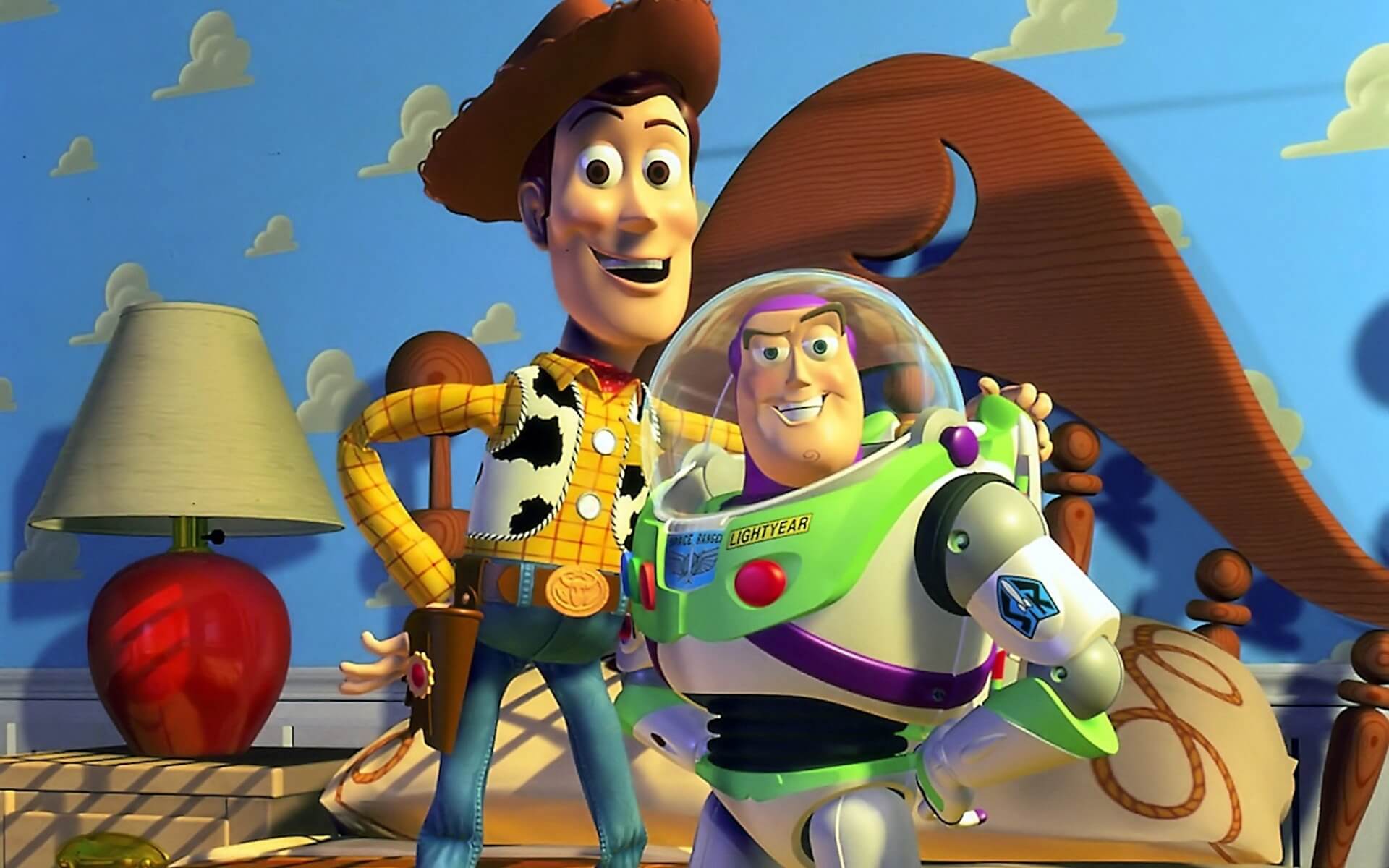 Indeed, computing gusto has become as fundamentally important to the sector as just about anything else. So, we caught up with David Flood from PNY to discuss how the 4th industrial revolution GPU refreshes and other major tech developments are powering incredible and exciting transformation in the media and entertainment industry.

How GPUs are powering transformation in media and entertainment

According to David, Nvidia has had kind of a monopoly on the entertainment industry of late.

"Nvidia has powered every Oscar-nominated film for Best Visual Effects for the last 12 or 13 years now," he explains. "That wouldn't have been possible without the Nvidia Quadro."

"The film and TV industry is constantly innovating and evolving its production pipelines. And the only way to keep up with this demand is to keep evolving the video product, you know, so the GPU refreshes are essential."

This is particularly true given recent lockdowns and the dramatically increasing subscriber bases for online streaming services that have sprung up as a result.

"We've reached a place now where it's exceeding the growth of the global workforce, which means the studios are now turning to virtual production and real-time rendering of AI, which so dramatically accelerates the production process." 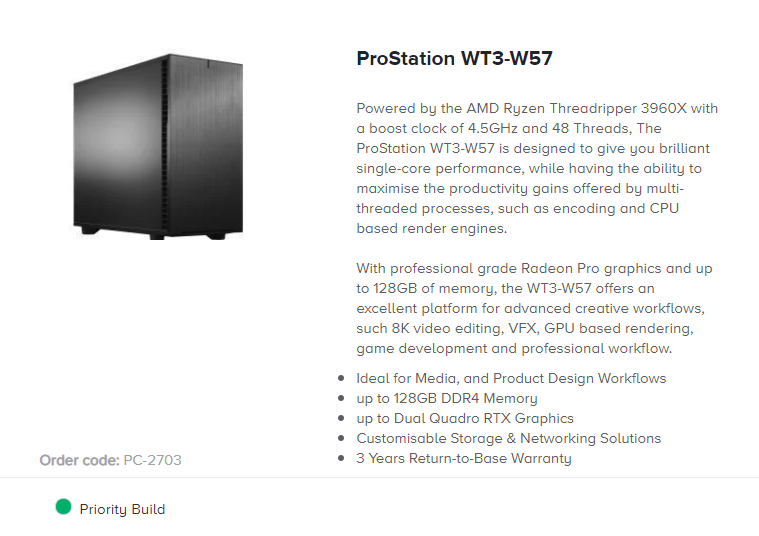 Find the perfect Workstation for Media and Entertainment Production with Novatech

Virtual production techniques are transforming the once-frustrating green screen shoots normally required when using CGI. Of course, these can only be used because of the increased processing power offered by newer GPUs and high-end creative workstations.

"When people were filming on green screens before, they'd feel like they were trapped in a box," David explains. "Then you'd overlay all these amazing effects after the fact. But what's really caught on this generation is the idea of mixed reality."

Combining camera tracking with real-time rendering is allowing for the creation of a completely immersive virtual environment in the process. This allows actors and directors to engage directly with what's actually happening, rather than what's going to happen later.

"There's no need for confidence monitors, awkward eye-lines or unrealistic lighting," David says. "It means that everyone feels more at home within the space. It's not just a green box anymore and everything feels more natural, from the lighting down to the skin tones, reflections and everything else; real, lived-in virtual environments." 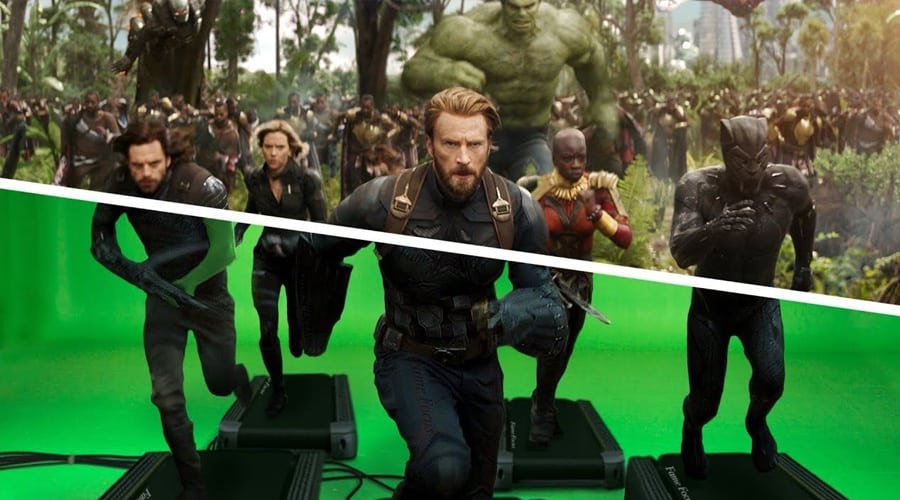 Disney's Star Wars spin-off, The Mandalorian, was filmed using these virtual production techniques. It's helping to combat what David calls "green screen fatigue," for both actors and audiences.

"It's a cool new way of filming things that gives a much deeper realism that has been missing within CGI. Because people are falling out of favour with CGI generated films."

In broadcast TV, there is now a significantly greater need for AI and the ability to broadcast photorealistic virtual sets with real-time ray tracing and low latency.

This is virtual dynamic content being created on the fly to react to what's happening onscreen - something that simply wouldn't have been possible a few years ago. David uses the recent Eurovision live stream as an example.

"Sometimes watching a live event on TV can seem boring because we're so used to it at this point. But now, it can potentially be something even more exciting than actually going to the live event because you're seeing stuff that the people there can't see."

The next logical step, of course, is utilising augmented reality in real-time so programmers can engage with audiences in completely new ways and reach brand new markets.

Video production now allows for editing and colour grading in real-time, and delivering 3d graphics to pretty much any device dynamically using AI on our smartphones and maybe, in the near future, through our VR and AR headsets.

"So as you're walking around the shop it can adjust to you and the way you're looking or feeling; if you're tall, you're small, young or old, it can adjust accordingly and you can see dynamically created signs in shops. It's scary, I admit, but it's also really cool." Want to learn more about Media and Entertainment Workstations?

The battle of the GPUs and Nvidia's naming system

Before we let him go, we couldn't resist picking David's brain on some of the hot topics doing the rounds in the world of GPUs and workstations these days.

Ampere vs Pascal vs Turing

Ampere, David explains, is simply a naming convention that Nvidia has settled on right now for their current graphics boards. Pascal and Turing meanwhile refer to the previous generations. All boards are named for famous physicists.

However, an older generation can still have more cores and technically be a more powerful setup.

"Ampere boards use third-generation tensor cores, so they're much more efficient than Turing tensor cores. So an Ampere could be twice as fast as a Turing with twice as many cores."

The ditching of Tesla and Quadro

Until recently, Tesla and Quadro were the standard enterprise-grade GPUs and GeForce was for consumer-grade and generally used for gaming. However, the division between enterprise and consumer-grade graphics cards has been all but abandoned in recent months. It's a line we've noticed has begun to blur and it appears David concurs.

"Nvidia has dropped the Quadro and Tesla brands so all they are called now is literally just an Nvidia 4000 or 6000 etc.," David explains. "The problem with that is if someone says they want a 4000, they may not know immediately whether it is an enterprise-grade board or a consumer board. The lines are blurred now but I suppose it does make it a lot easier for Nvidia."

The benefits of using Pro GPUs over GeForce

Modern GeForce GPUs are powering some increasingly cutting-edge gaming experiences, so by their very nature they need to be powerful. But they are, ultimately, designed for a pretty singular purpose. 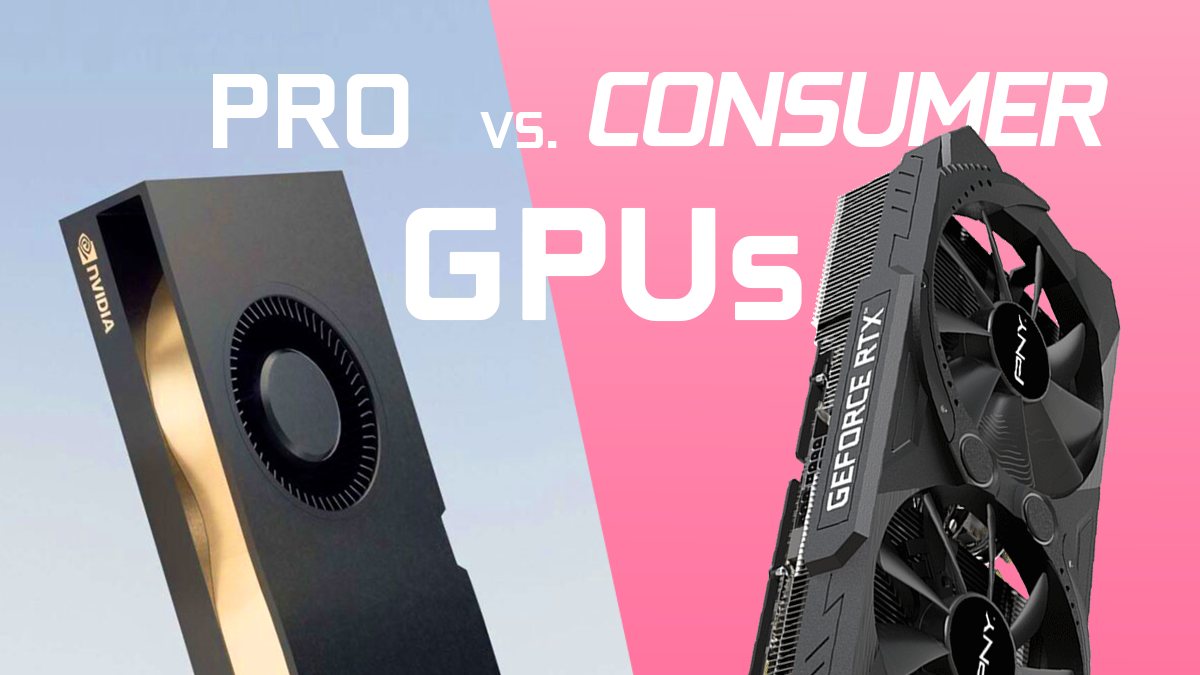 The driver stack with pro GPUs is tuned towards applications like the Adobe Suite and while you could use a GeForce card with the applications, while it will work to some degree, the difference will be night and day.

"When you test the user experience between using a Quadro and a GeForce, the differences are massive. The Quadro is so much smoother and it's been tested and thoroughly put through its paces. In fact, the failure rate of a Quadro is something like 0.003%, they just don't die. They run a lot cooler and quieter and they use a lot less power too."

What does the future hold?

As for what the immediate future looks like, David points towards Nvidia's recent GTC keynote, which is held globally throughout the year. At the most recent conference, the company announced quite a few new products - obviously Omniverse and the new Ampere board, the A30.

"It's kind of like a totally different board. It's got no fan and it's passively cooled so it goes nicely into servers. It's kind of like a baby A100, which is a really powerful card. But the A30 is only really tuned for AI and tensor workflow and gives a 933 gigabytes per second of memory bandwidth with a power usage of just 165 watts."

"The A4000 is looking really good too. It's pretty much the most powerful single-slot GPU for the enterprise space in terms of design."

Thanks to David for taking the time to discuss these fascinating changes in media and entertainment and shedding some light on the constantly changing world of powerful GPUs.

Contact us today or fill out the form below, to find out how we can help you tailor a workstation to your needs.