In style with our previous article on a NVIDIA graphics card, let’s cut to the chase: if you’re looking for a cheaper GPU, the GTX 1070 will provide a cost-effective graphics card that is ideal for gaming. However, the 1080 and 1080 Ti are the most powerful GPU on the commercial market today. Those looking for graphics card’s that eat the cake in spec comparisons, that will transcend their PC to a new level in terms of gaming and visual power, continue reading for this year’s GeForce graphics superstar.

Nvidia have certainly been raising the bar when it comes to their high-end graphics cards of 2017. Nvidia’s latest family of GeForce releases smashed older models out of the water with their 2016 release, beating their previously most powerful GPU, the Titan X. They’ve done the impossible with the GTX 1080. While competition has been continuously rife between AMD and themselves, NVIDIA fed the market innovative, quality visuals and performance for the spoiled techphile’s that we really are. That’s before the GTX 1080 Ti even turned up to the party.

To explain this metaphorically, if the current GPU scene was a party, the 1080 Ti turning up after the GTX 1080 would amp it up from casual drinks on your birthday to New Year’s Eve with Keith Richards in 1974.

That’s a retro metaphor for you nostalgists. 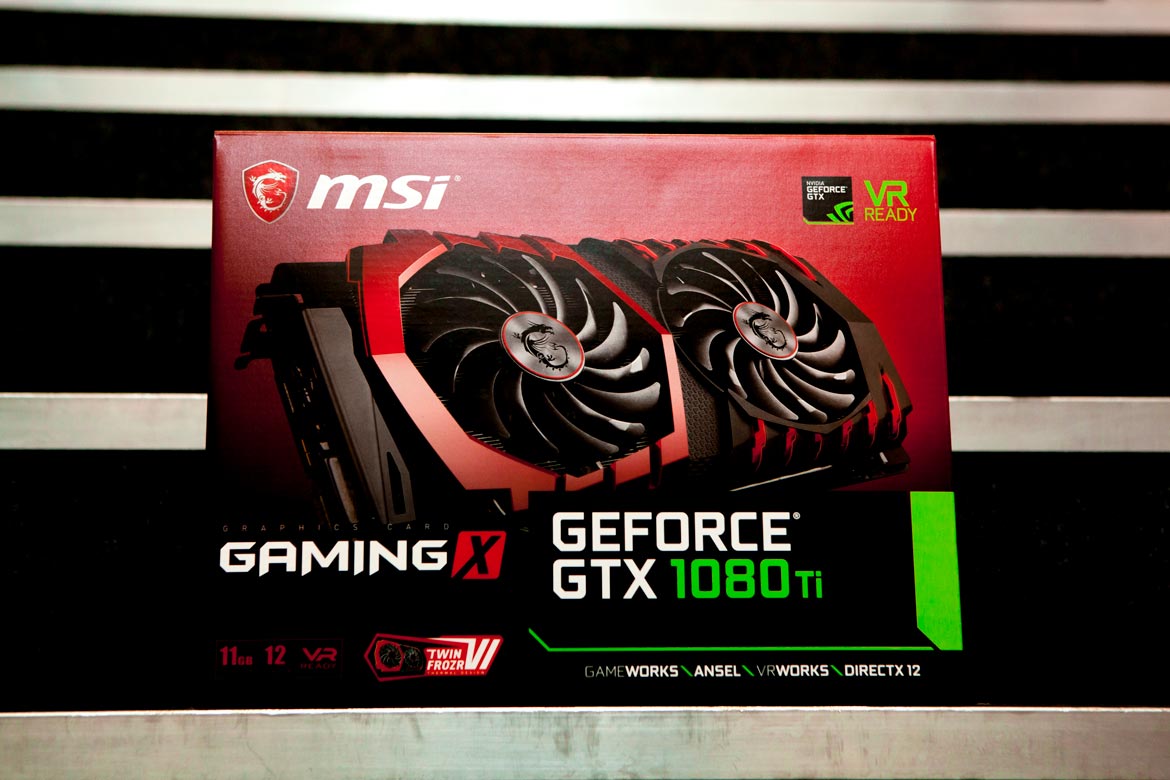 The GTX 1080 Ti is Nvidia’s poster child for 2017 graphic cards (until dropping their next generation of Nvidia Volta GPU’s later next year.) Still steaming off the shelves from March, gamers continue to sweep up the gaming-brand GPU. The Ti price challenges the standard GTX 1080, simply because the 1080 Ti is the predominantly better GPU for the gamer market, but possibly not the best value for your savings. What defines this is the type of gamer that it is marketed towards.

In the words of the almighty tech Gods: "Not all 1080's are created equal". Structured with the latest compact 16 nanometer Pascal architecture, the 1080 Ti borrows from Nvidia’s Titan X GP102 GPU, while the GTX 1080 uses GP104. They are both marketed towards prolific PC gamers, focused with technology that allows for the next generation in virtual reality experience, and delivers up to 3 times the performance of previous graphics cards.

With the Pascal architecture, the GTX 1080 delivers the single fastest GPU commercially on the market. It really is an admirable creation of design. With the shrinkage of its manufacturing process from 28 nanometers to 16 nanometers, the GPU now fits more transistors into the slim spaces.

Besides dribbling over this beautiful age of GPU technology that we now reside in, what is note-worthy on the power of these progressing GPU’s is that while the GTX 1080 Ti Foundation release is pricey for the aweing performance, there are also overclocked versions which provide an even faster but more expensive option – as well as the elite options that feature EVGA precision software. The Geforce GTX 1080 and 1080 Ti has a maximum boost clock of 1892MHz, and is supported by their prompt 11 Gbps memory speed, but there are even more powerful models for those prepared to spend the extra money.

For the highest 4K gaming resolution, the GTX 1080 models remain unmatched, allowing you to play beyond lower in-game video settings and convert to being accustom with those luscious ultra-graphics for certain releases. Users can run major modern games at high settings and power the demanding virtual reality technology for the Oculus Rift and HTC Vive, preparing you for any exciting future gaming prospects with VR.

Stuffed with gaming orientated features, 11 GB frame buffer, 7-phase dualFET power supply, and 8GB of advanced GDDR5 memory, the 1080’s are even cooled by a rapid vapour chamber built for the most challenging heat, so can push your machine to the limits while gaming, worry-free.

Every GTX GeForce GPU is known to have their own unique technology. Regarding 3D gaming performance, the GTX 1080 is about 30% faster than previous generations. With a thermal design power of 180, it delivers an unprecedented performance. Lens Matched Shading has been included to save on resources by not rendering pixels that will go unseen by the users.

There is the speculation on what the benefits of generational upgrades are for GPU’s. The biggest argument is that dedicated gamers want to keep up with the circle of life for computing components to build the perfect gaming machine. You wouldn’t watch a film in grainy 60’s black and white you could access a glorious high-definition Imax projector, right?

If you’re looking to play games on the highest preset, the GTX 1080 will challenge what you thought possible for gaming visuals and speed. For example, while an average game may play at about 70FPS on the GTX 1070, the GTX 1080 with the same resolution will play at about 93FPS. The GTX 1080 is built for range-topping, 4K graphics, with the option for multi-monitor and virtual reality. Although the GTX 1070 could handle this, it wouldn’t be good enough for smooth 4K gaming.

The 1080’s current dimensions are 10.5” x 4.38 inches. For the custom-builders, the physical size of the GPU is always an aspect of choosing which GPU fits both you and your computer. Nvidia’s continue to get smaller and more compact (and features custom LED light, oooooo). If this substantial shrinking continues to happen, I wonder if I’d miss the physical charm of a fan-cooled GPU, if they ever get to be as slim as paper.

The end result of the GTX GeForce family is that Nvidia has achieved a huge amount for less. With a smaller design and more features, the GTX 1080 certainly proves that there is an inflated margin between what is your best value option and what is THE best option of GPU.

Casual gamers may find solace in cheaper products. Spending the extra cash on these GPU’s will get you the best gaming platform available to the commercial buyer. Overall, what matters is what kind of gaming environment you are looking for. Gamers and custom-builders seeking the best hardware for their machines, consider the GTX 1080’s as the butchers prime cut choice. This is a beefier device that has to be experienced to be appreciated. The internal conflict is which version is best for you: the value or the efficiency.

Perhaps that is another debate for another article.