The Master Chief's full journey is finally coming to PC gamers with the inclusion of Halo: The Master Chief Collection on the steam platform and Microsoft Store. The Iconic shooter franchise first made an appearance on our monitors in 2003 with Halo: Combat Evolved, introducing us to the cybernetically enhanced super soldier The Master Chief, and Cortana, the chief’s AI companion, in their fight against the Covenant.

With 343 Industries now leading the development charge of bringing the Master Chief Collection to PC, they have also partnered with Ruffian Games and Splash Damage to help bring the ambitious project to life for PC Gamers. Boasting 4K UHD and HDR gaming experiences,  mouse and keyboard support and uncapped frame rates, this collection is what the fans have been waiting for.

Each title within the collection will have its own independent release in order of the fictional story, and then sold as a package once each title has had it’s release. Which will see them release in the following order :

Currently 343 are hesitant to commit to a firm release date for Halo: Reach as they will only release them when they are ready, prioritising the PC gamers experience over their impatience it would seem, which is a smart move. On the 30/09/2019 a project update was provided by 343 Industries which mentioned the identification and fixes of the following issues :

What Are The PC Requirements for Halo: The Master Chief Collection?

Whilst it is not fully known what requirements each installation of the series will need until the details are released, Steam have recommended at Minimum a 64-bit processor and operating system. However, deconstructing developer reports and promotional messages used during Halo : MCC marketing campaign, we do know that 4K will be available.

We have provided you with a host of PC’s that we recommend to exclusively run Halo : The Master Chief Collection on PC. If none of these take your fancy, then you can also view our full range of customisable Gaming PCs.

343 Industries have confirmed that Dual Graphics cards will be supported for Halo:Reach and The Master Chief Collection, however the Nvidia SLI and AMD Crossfire configurations will NOT be officially supported on PC as the performance offered by single card setups were deemed efficient enough to not need these configurations. 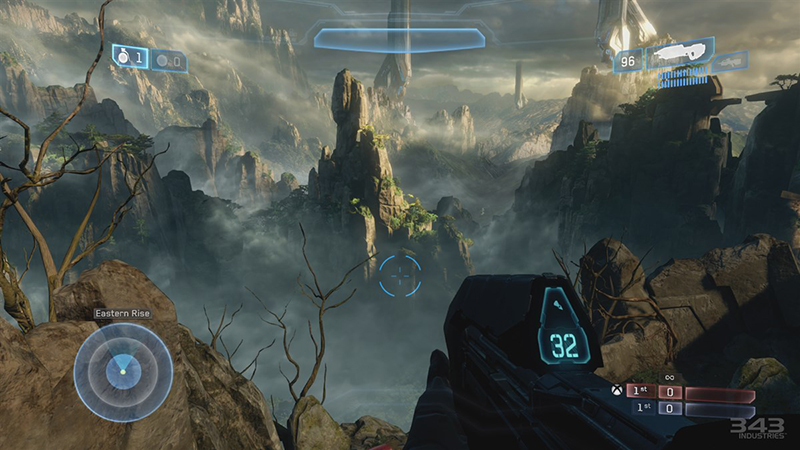 Here’s our recommendations that you can expect to get roughly a 60FPS at 1080p screen resolution for your gaming experience.

How Much Will Halo Cost?

The Master Chief Collection price is not known. However, you can grab each Halo Title for roughly £8 ($10) each on Steam and Microsoft Store when they release, with Halo 3 : ODST being the only exception costing £3.99 ($4.99).

You will need a Microsoft account to play the Master Chief Collection on Steam - But not an Xbox Live Gold subscription, even though progression will carry across both the Xbox One and PC.

No Forge or Theater Mode to Release On PC (Yet).

PC Gamers can expect to experience a majority of the game features that existed within the original Halo Reach, be this a full campaign mode in both co-op or solo, all of the game’s multiplayer modes including Crazy King and Team SWAT. Forge and Theater mode however, will not be available to play when the game is initially released as confirmed in June’s MCC Update. Michael Fahrny (Lead Producer of MCC on PC) confirmed that these features are a time-consuming process to perfect and will take time to develop “We need to properly give both features enough time, so they are a true PC first experience. When you look specifically at Forge and what it truly is, it is a 3D editing tool that was built completely for console. In some cases, it’s built to have mouse and keyboard support, and in some it’s not - And that’s one of our biggest challenges right now with the feature.”.

The Current waiting time for PC users is not yet known, but Michael Fahrny has confirmed that their priority will be to get these to the players as soon as they possibly can, but again, they will be ready when they are ready.

Following in the footsteps of the likes of Fortnite, Rocket League and Call Of Duty: Modern Warfare, 343 Industries are “actively investigating” bringing cross-platform play to Halo: The Master Chief Collection. Halo Community Director, Brian Jarrard has mentioned that this feature is not in development for launch day on PC but remains a topic the “team” wants to make available to the players :

“I think people have asked a lot about cross-play. And I think there's two different discussions there. I should say on PC, you're going to get the same great experience regardless of which store you buy it from, right? [We] want players to have a choice there. Certainly, whether you pick it up on the Windows Store or Steam, you'll play together, that's not a problem.

The real question on people's mind is can I play Xbox against PC? And truth be told right now, we are really focused on making sure that we can bring these games to PC in the right way. But the team would love to hear feedback on this and as we get further down the road, it's something I think we're going to have to evaluate, and if it's something that the community wants and makes sense, I think the team wants to make it happen. But right now, we really need to focus on getting these PC products out the right way.”

What’s your opinion on the lack of a finalised release date on bringing MCC to PC? Let us know your opinions on this article and make sure to check back every now and again as we update this article with new information after each monthly developer update is issued.