How to build an Entry Level Gaming PC

Guide To Building A Gaming PC

About a year ago, right here I announced that I wanted to build my own new Gaming PC sighting several different reasons for it. And now I've finally done it.

When putting together the build in my head, I knew I didn't want to go anywhere near the £1000 mark as although a lot of Gaming PCs can total over £2000+ nowadays, if the cost of a build goes much over £800 I don't personally consider it ideal for entry level - this is made tough nowadays with the current prices of Graphics Cards but for most entry PCs you'll be looking at an NVIDIA GTX 1050, 1050 Ti or 1060 anyway which can vary from £120 for the cheapest 1050 all the way up to £380 for the most expensive 1060 currently. 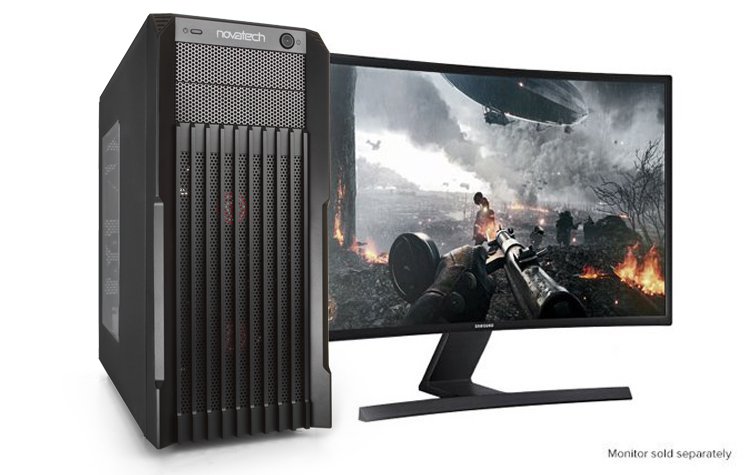 I didn't think I'd be able to beat this price as there was 1 or 2 areas I wanted to improve on but also I had an idea of how I could keep the costs down slightly and that was by using the AMD Ryzen 2400G Processor which comes with onboard Radeon Vega Graphics, this means I could reduce the build cost with no dedicated Graphics Card, thus saving a decent chunk of money.

After plenty of thought, the full build list came to the following;

A total (prices are always adjusting so this could change day to day almost) of around £711.16 which is actually less than my target of around £800 which very pleased with. There were chances to decrease the cost here, I didn't have to use the standaloe Liquid CPU Cooler as the Ryzen stock cooler would be more than efficient and also the Corsair Ram used was a bit more on the extravagant side but I did read that when using one of these Ryzen Ravenridge chips that having good memory helps increase your performance and also the RGB side would increase the FPS by at least 10 on most games so that clearly must be true, right?

I shall be doing some testing on games over the coming weeks and months to see how they run so keep an eye here on our blog and on our You Tube to see what sort of results I get.

If in the future I start to get pushed more with higher settings on certain games I can always upgrade with a standalone GPU but I think what I have currently here will be more than capeable for the timebeing.