Is less more? Businesses and organizations face this question globally with managing their networks and the sprawling data-centres needed to run them. Introducing hyper-converged infrastructure (HCI), the IT solution to this very dilemma of simplification. A unified computing that will re-imagine your business’ computer network into an advanced, reliable system, saving businesses on resources, management and time.

What is Hyper Technology?

Hyper Technology enables processors to execute two sets of instructions, at the same time. Whilst Hyper-Threading will allow two streams to be executed together, it’s very similar to having two separate processors working simultaneously.

Whilst not necessarily needed for gaming, Hyper-Threading has been in Intel's processors for years. It depends on the amount of power you’d like for your gaming rig if you’d like to consider hyper technology being a necessity. To find out if your CPU is using hyper technology, click the "Performance" tab in the Task Manager to check your CPU memory usage. The task manager will display a separate graph for each CPU core on your system.You will see double the number of graphs if your PC supports Hyper-Threading.

It is not detrimental to disable hyper technology, but if for any reason you do, expect a reduction in heat output. This is because you are disabling a significant portion of the active transistors on the CPU. This should not cause any stability problems.

Hyper-convergence is a technology that merges software and physical computer hardware from conventional convergence infrastructure systems into a perfected solution. It’s very profitable, leaning towards a predicted net worth of $5 billion by 2020, in just a few years.

Although its name sounds like something out of science-fiction, hyper-convergence infrastructure is the very real combination of a system’s hypervisor (A computer used to run a network). Which ties in with the previously mentioned convergence, an infrastructure system which assembles the multiple pieces of network information into a single, powerful package.

Widely regarded as the future of data-centre design, HCI compiles network hardware into a solo server, taking all the bulking local storage of a network, the hypervisor and servers, and replacing it onto an efficient single console management. This then clears the mist for an easier use of IT resources. All your food on one plate. 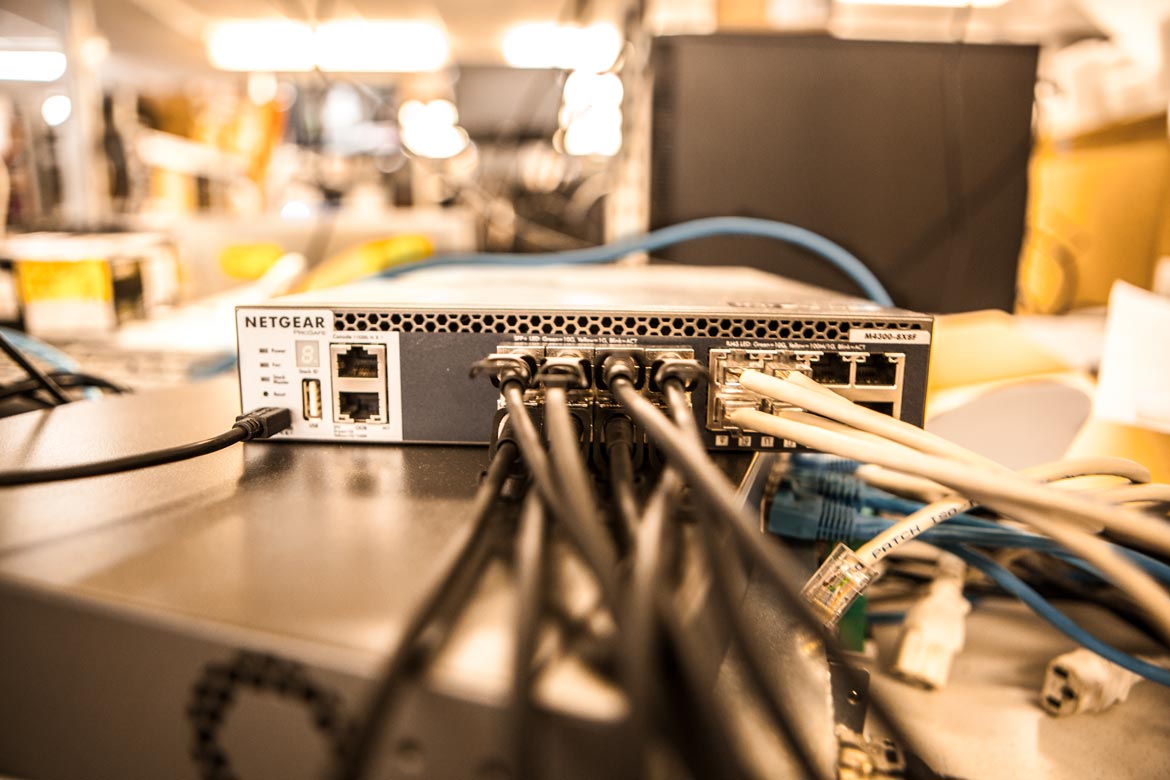 A network infrastructure is the developed system that allows communication between computers. Without one, you wouldn't be able to access other users' computers or browse the internet. In the past, IT resources were deployed for support rather than for optimization of a business’ network. Maintenance and operations have been recorded as taking up two-thirds of an organisations technology budget, leaving minimal time for new information technology initiatives, while consuming even more for the technology to be upheld.  This has produced a growing need for businesses to have faster computer hardware to run their expanding networks, fewer components to store them, and user-friendly systems that can be easily managed.

This has produced a growing need for businesses to have faster workstations to run their expanding networks, fewer components to store them, and user-friendly systems that can be easily managed.

Granted, improving a network while saving on work and resources rarely go hand in hand. However, a new technology dawns on the IT horizon. A software that perfectly integrates efficiency and effectiveness into one.

Dubbed a hyper-converged infrastructure, this new technology is a software solution that works at the skeleton level of a network to ensure tuned productivity, faster, more reliable connections. It is a highly-advanced infrastructure that intelligently improves on previous traditional infrastructures.

If an entire network is being virtualized, where it is taken from physical hardware to an online system that allows it to be used by its users, then you require a traditional infrastructure run from physical computer hardware to hold all its information: a network that communicates with its storage through separate servers, using network and fibre switches. This requires several components for the network to run, consuming countless man-hours of maintenance, wasteful development, and storage space for machinery racks, cooling facilities, networking equipment, servers – you see what I’m getting at. Network storage takes up large amounts of a business’ space and time, and requires multiple IT teams to operate. If only things could be easier…

Like a network that communicates with its storage through separate servers, it uses network and fibre switches. This requires several components for the network to run, consuming countless man-hours of maintenance, wasteful development, and storage space for machinery racks, cooling facilities, networking equipment, servers – you see what I’m getting at.

Network storage takes up large amounts of a business’ space and time, and requires multiple IT teams to operate. If only things could be easier…

This is where previous converged infrastructures entered the fray. Conventional converged hardware made these issues redundant, condensing everything into only three components: The hypervisor compute that runs it, the storage, and its network switch hardware. But this is still physical hardware that takes up space and energy to run, depending on the size of the operation.

Hyper-converged infrastructure evolves this adaption and shrinks things down even further.

While converged infrastructure works on multiple hardware to store itself, HCI operates as a software solution that works as a base hypervisor level to find easier storage for all relevant information and data on only one scalable, localized device. One server versus multiple pieces of hardware - the math is simple. Think of a hyper-converged infrastructure as a software solution that trims the fat off of physical hardware for data-centres.

The pre-configured software significantly accelerates the deployment and development of data-centres and effortlessly supports the demanding growth-models of businesses. It’s effective as you can practice all of this without the need for repetitive maintenance. Your IT environment is drastically changed, freeing up administration work that can be better focused by an IT team for business-valued development.

Hyper-converged infrastructure takes what was once an essential part of an IT team to constantly work on hardware maintenance and simplifies it to the function of storage management. It forms invisible columns that support the infrastructure of the network so that the user doesn’t have to worry, requiring less support much in the same way a smartphone user may barely concern themselves with the issues of their mobile phones storage and system management. A hyper-converged infrastructure is constantly developing the network as an application for its users, that focuses rather on running efficiently as a powerful and reliable tool that saves you on money and stress.

It requires less support much in the same way a smartphone user may concern themselves with the issues of their devices storage and system management. A hyper-converged infrastructure is constantly developing the network as an application for its users, that focuses rather than running efficiently as a powerful and reliable tool. It will save you money and stress.

Instead of worrying about keeping up to date with existing technology to run the constantly changing virtual landscape of a network; a hyper-converged infrastructure maintains it layer-by-layer on a much faster level than was possible in the past.

It eliminates the compatibility issues that traditional infrastructure systems trip up on. Gone are the days of concern about networks components not sharing various information. This will lead to internal communication issues of a system. Its flexible cloud model allows for a reliable provider and for its users by giving you complete control of all the relevant data you require in one place.

IT-workers everywhere can rejoice! This isn’t just affordable for large businesses. As a software, hyper-converged infrastructure works on commercial off-the-shelf servers that no longer require expensive hardware to run on, increasing the utilization of your networks components within virtualization.

When software-defined storage is typically bought by an enterprise for its network, it is unpredictable to know how much storage will be required of it to run future projects. This can then lead to wasteful investments and delayed operations. As a predictably productive system, a hyper-converged infrastructure decreases your various costs in the long-term by cutting out hefty traditional storage, moving it onto a single box.

The total price of ownership is now much cheaper when you’re cutting the prices of upgrading technology and adaptable hardware. Depending on your industry and project, a hyper-converged infrastructure could slash the costs of standard facilities, hardware and power by up to 50%.

Try it for yourself

Entry level technology for HCI is growing more affordable as more and more vendors offer versions of its infrastructure. Vendors such as VMWare, EMC and Nutanix with software prices varying from hundreds up to millions of pounds for higher-developed HCI appliances.

Considering that the typical costs of servers able to support your operation can reach crippling amounts of power, hyper-convergence infrastructure results in a much more profitable cost-to-scale advancement. It’s definitely worth looking into.