IceGiant revitalise & miniaturise an old-school solution to keeping hot new things cool – could it be the way forward for Workstations and Gaming PCs with high-end CPUs?

In today’s CPU climate, the need for efficient and effective cooling systems is high up in the  PC-builder’s list of priorities. With the release of more and more powerful retail CPUs, such as AMD’s 3rd Gen Ryzens and more recently, the 32 and 64-core Threadripper, things are definitely heating up in our poor old PC chassis. 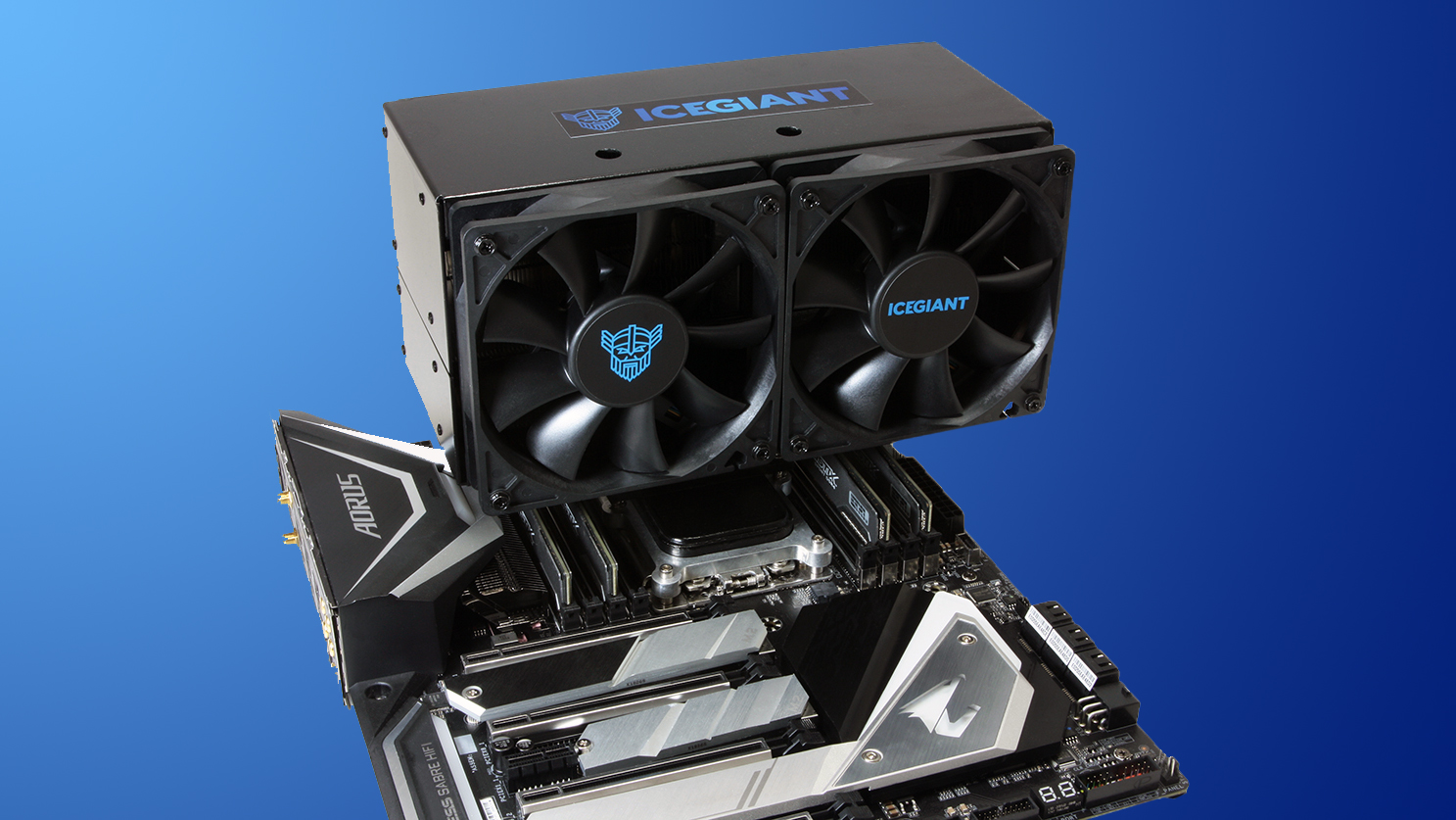 Soon to be on the cooling system scene, IceGiant’s new concept cooler, The ProSiphon Elite, could be a strong contender to new and established systems, all the way from custom-loop water cooling and heatsinks, to AIOs and air coolers alike. With CPUs so small yet so mighty, there’ always a need for more powerful coolers to keep up with the heat – IceGiant seem to think they have the solution with their tried and tested tech, modelled on a cooling system known as the thermosiphon (which dates right back to the early-mid 1900s). But what are they? And how do they work?

What makes thermosiphons so cool?

To understand how the ProSihpon Elite works, we need to get a little scientific – but don’t worry, I’m going to break it down as simply as I possibly can (after all, we’re talking laws of thermodynamics here).

Let’s start with AIO (All-in-one) watercoolers. These coolers are likely very familiar to anyone that’s ever switched out their own PC components, especially those that custom build high-end Gaming PCs. The way they work is by pumping liquid through a soft tubing (the loop), which passes cool fluid over the CPU. The heat from the CPU is then carried away by the fluid, to the (usually) aluminium fins. With aid from one or multiple fans, these cool the fluid again, before it loops back around to the CPU. 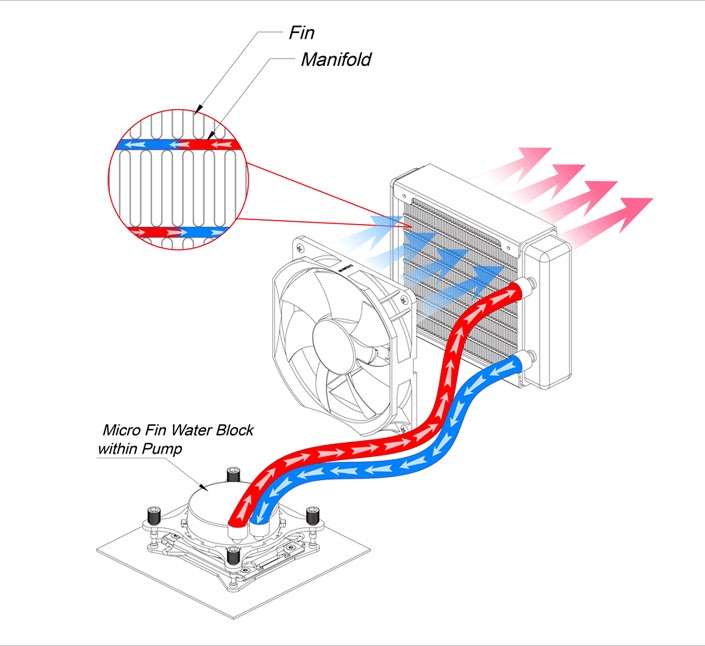 The biggest problem with these designs however, is that using pumps means more moving parts, and as a result, they can be less reliable. Another potential issue, although very rare, is that should a leak occur, since most designs use a form of distilled water, there’s a risk of collateral damage to other nearby components. Not likely. But still not good.

Though very close in design to heat pipes, the thermosiphon design will out-perform them when pit against hotter CPUs. But why? Well, both work in a very similar fashion, whereby liquid is used to absorb heat from the CPU until it boils and vaporizes. It then moves into a cooler section of the system, known as the condenser, where the vapour eventually reverts to a liquid, and travels back through the system to return to the evaporator (in the case of a PC, the contact point between the CPU and the cooling system), where the process begins again. 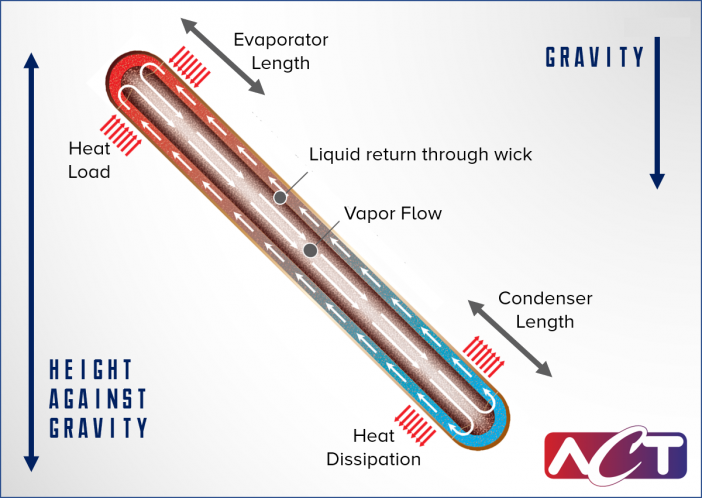 The key difference here though, is that heat pipes make use of wicks, an inner wall through which the liquid travels (by a process known as capillary action), allowing it to move against gravity in builds where it’s required (thereby removing the need for pumps). This, however, means they can experience what's known as ‘dry-out,’ when higher temperatures increase the pressure in the pipes, preventing the liquid from moving naturally through the wick to cool the CPU. This, in turn, can cause the boiling point in the pipe to shift further towards the condenser, preventing more and more vapour from condensing until, in effect, it boils dry.

The thermosiphon, however, has several design differences which prevent this drawback from occurring. Whereas heat pipes rely on wicks, with the pipe itself acting as both the evaporator and the condenser, the ProSiphon Elite separates the two, creating a two-stage process. As a result, it relies only on orientation. 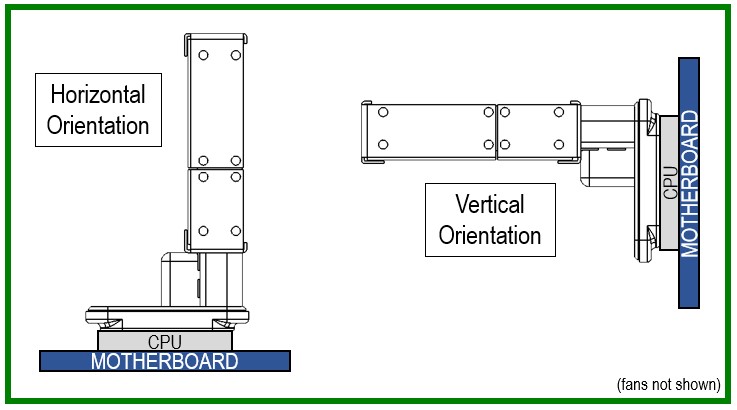 In the case of the ProSiphon Elite, pipes are only being used to transfer liquid and vapour to and from the evaporator, with the condenser being comprised of 3 ‘cores’ – many, many rows of aluminium fins, kept cool by dual fans (similarly to the AIOs). As the vapour reverts to liquid form, rather than relying on wicks or pumps, gravity simply drives the fluid back to the evaporator, where the process repeats once again.

And the advantages don’t stop there…

IceGiant have said that this thermosiphon design means it’s both more reliable than traditional PC cooling methods, and more capable, offering on-par (and potentially better) performance than custom-loop water cooling systems. They also pointed out that the current design is made from 100% aluminium, and that ideas for versions featuring copper fins (more effective at heat transfer) will at some point join the line-up, alongside versions featuring quieter fans, and possibly, completely passive variants too. But not only have IceGiant scaled down this particular technology for use in a desktop PC, they’ve also said that the ProSiphon Elite, on release, will be smaller and easier to install than many AIOs and other cooling systems as well. 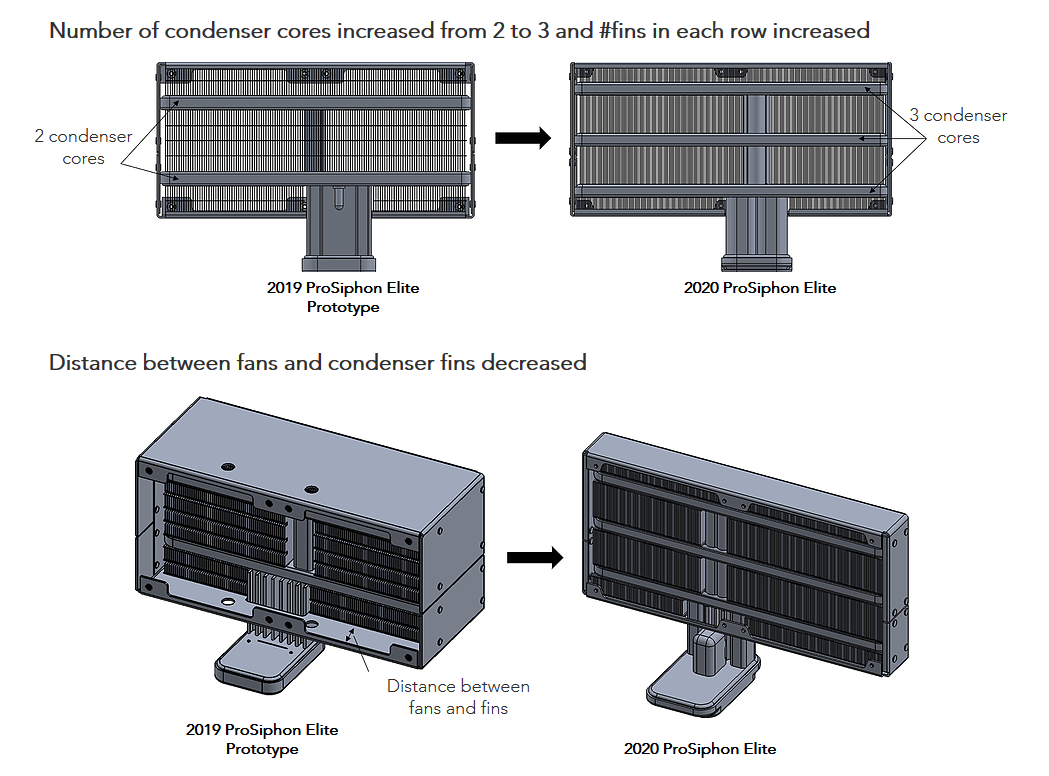 They also made a point for it being ‘safer,’ since having no soft components should eliminate any risk of leaks almost entirely. And, what’s more, in the highly unlikely event that it is damaged, the thermosiphon will not be using any water, instead utilising a dielectric refrigerant, meaning the fluid will evaporate should the system become breached. 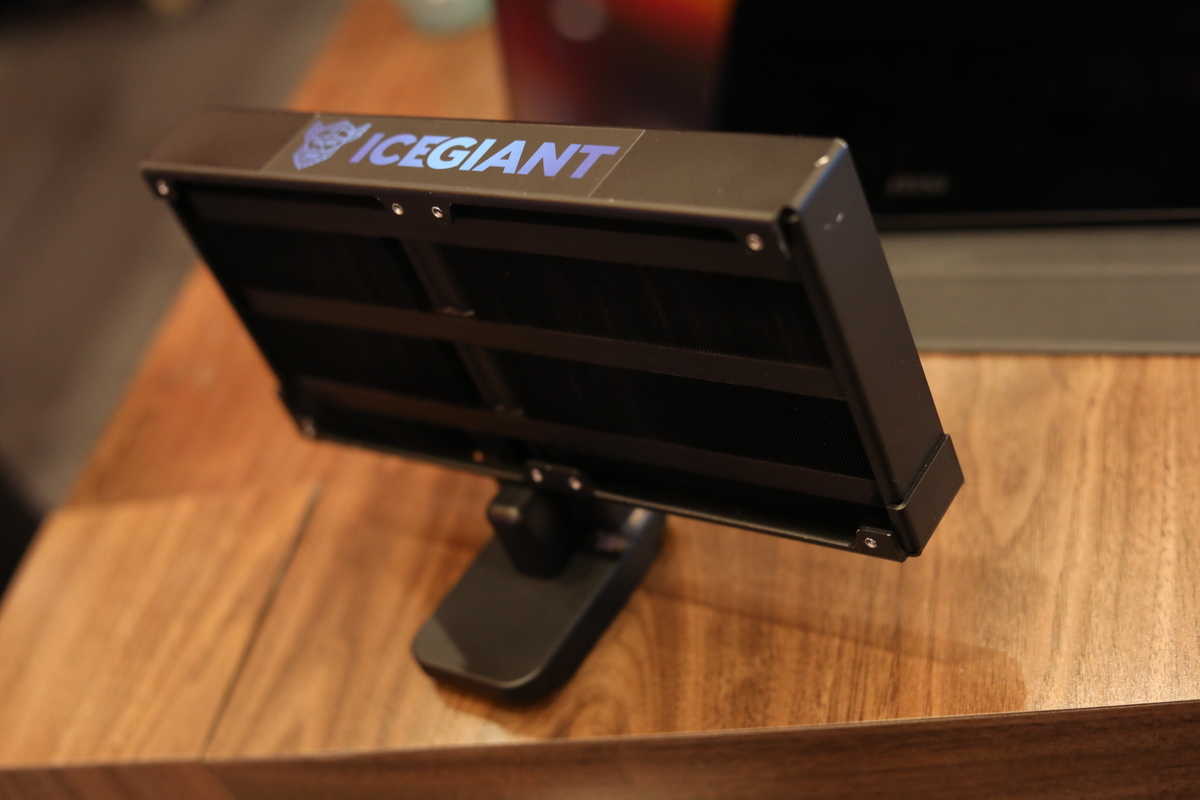 This sturdy, single unit design, and lack of moving parts, gives IceGiant the confidence to offer a 6-7 year warranty, though from their testing so far, simulations apparently suggest that the ProSiphon Elite should last approximately 10 lifetimes over...

What are your thoughts on IceGiant’s ProSiphon Elite? Are you planning to get one? Does this just feel like an alternative to radiators and heatsinks that already exist? A less sexy but more efficient version of the Cool Master Wraith Ripper perhaps? Let us know what you think in the comments.