Home> Tech >Mechanical Keyboards - Why It's Time to Invest

Mechanical Keyboards - Why It's Time to Invest

Noisy, expensive - but totally worth it. Find out why you should buy a mechanical
keyboard today.

Look down at your desk. What do you see? No, I’m not talking about the scattering of breadcrumbs from that sandwich you ate two weeks ago, or the collection of coffee ring stains permanently ingrained into the table. I’m talking about that big chunk of plastic full of carefully arranged letters, numbers and symbols sitting centre stage on your desk. That’s right, I’m talking about your keyboard.

Now, ask yourself this: are you currently getting the most out of your typing experience? Better yet, should you really care? Well, I’d confidently wager no to the former and argue yes to the latter.

Insane in the Membrane

You see, the chances are you fall into one of two categories: either you’re one of the many individuals who use a traditional membrane keyboard to fulfill their typing needs, or a laptop’s built-in keyboard instead. Both of these options are perfectly valid for getting the job done; however, typing is an activity that has become as intrinsic to our daily lives as eating and drinking (slight exaggeration). It makes sense, then, that you should strive to get the best experience possible. And whether that’s improving keystroke accuracy or gaining satisfaction from every word you type (yes, that’s an attainable goal here) a mechanical keyboard is just what you need.

That’s a brief technical summary, admittedly, but all you need to know is that typing through that mushy layer is the equivalent of pressing your fingertips into a slab of stale playdough over and over again. And that, quite clearly, will affect your ability to type quickly and efficiently, harming your productivity in the process. It’s also bloody hard work on your fingers, too, and I’m all about keeping my digits in tip-top shape, I’ll have you know. 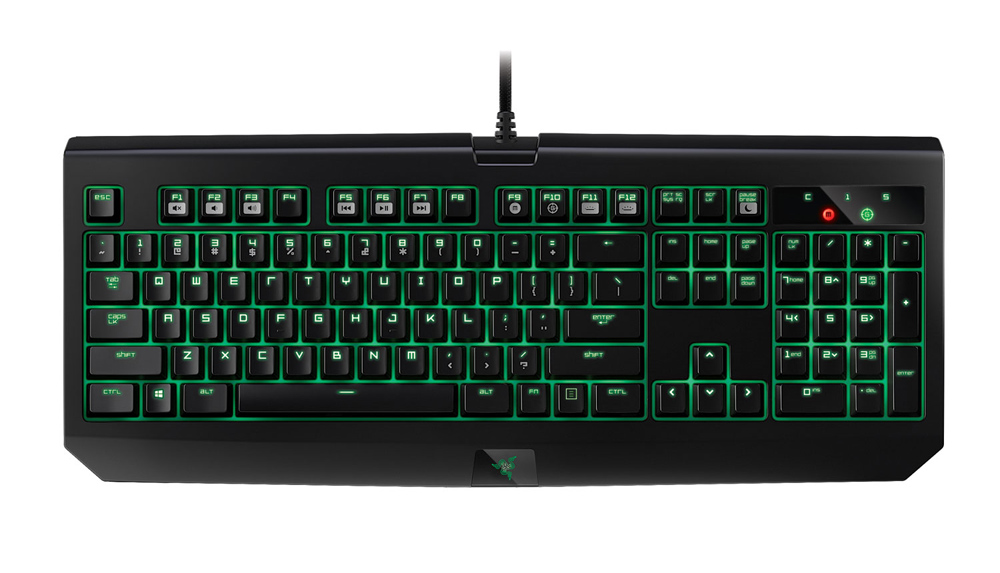 Unfortunately over 90% of the keyboards in use today are of the membrane variety. So how did we end up with such widespread adoption of a far lesser product?

Well, back in the good old days, the early versions of the humble keyboard were far superior to the spongy-keyed peripherals we commonly have to endure. They were actually mechanical, which meant that each key had a physical, spring-loaded switch underneath. When you pressed it, the switch would press down and provide an audible, tangible click, as though you were writing on a typewriter. And yes, it goes without saying that mechanical keyboards were absolutely wonderful to use.

Despite being an undeniably better product, mechanical keyboards were eventually phased out to make way for the cheaper, more cost-effective design of the membrane keyboard. However, they’re now back with a vengeance, popularised by brands such as Das Keyboard, Razer and Corsair . They’re also the go-to keyboard of choice for gamers.

As with any high-end product worth its salt, mechanical keyboards are generally more expensive than their more widely adopted cousin, and for good reason. They’re extremely durable, built to last and they’re actually designed to be conducive to typing. (The mechanical keyboard that I use, the Razer Blackwidow, is still going strong after five years of persistent use.)

If I had to pick one flaw of mechanical keyboards, other than the price, then it would be that they are rather loud. I find this to be a non-issue, personally, as it only strengthens the connection between the keys and my fingertips. Nevertheless, depending on your work environment, some people may find the noise distracting or even irritating, especially if you’re nursing an early morning hangover. Thankfully there are numerous mechanical keyboards designed to keep noise to a minimum, all the while maintaining that unmistakable feel.

You’ve Got the Touch

And when it comes to the main benefit of using a mechanical keyboard, it ultimately boils down to just that - how it feels . Every keystroke is met with tactile recognition, and with such a short travel distance (actuation force), you’ll glide across the keys with incredible speed and precision. If you’re a keen gamer, then I can’t stress how useful a mechanical keyboard can be. The last thing you want is for your keyboard failing to register your inputs, and with a mechanical keyboard, that simply isn’t a concern.

So take another look down at your desk, at that keyboard you whittle on every day. Isn’t it time you stopped doing your fingers a massive disservice and picked up a mechanical keyboard? Go ahead, transform your typing into a more productive and satisfying experience for many years to come.

A great post but I would like to ask a question. Having springs are they prone to oxidisation, I am clumsy and have spilt many liquids on my keyboard, which why I have keyboard that is protected against spills, Do Mechanical keyboards have the same feature?

Hi Paul, some mechanical keyboards will have drainage channels so that the liquids can escape from the keyboard, however most keyboards are not waterproof, so any spillage is not ideal! I have not ever heard of the springs oxidising/rusting as a result of spillage though, so provided you react quickly, turning the keyboard upside down when mopping up any spills, you'll probably be fine. Warranty wouldn't cover that though.

Fascinating! However, apart from the obvious - i.e."I only paid £12.99 for my keyboard" - how can I actually tell whether a keyboard is membrane or mechanical?

Hi Neil, this is actually a great question and one that is best answered in a post really as we can show you with photos/videos. I'll get something knocked up soon and post it up and let you know when it is. Thanks for the question.

What would your recommendation be for a quiet mechanical keyboard?

Hi John, that's the magical question isn't it. As a rule, mechanical keyboards are always going to be louder than a standard membrane keyboard. The noise difference is never going to be huge really to be honest, some people actually mod theirs to reduce the sound, things like O-Rings which reduce the clicking noise.

Topre. Disputable whether they are actually fully mechanical but generally included. The Topre 'feel' is very addictive and they do not clatter. Quality, but at a high price admittedly. Alternatively, do a Google on Cherry key colours - some are quite and some have the clickety-clack. No personal experience of Cherry keys but most mechanical keyboards use them or copies (as I believe the original patent has expired).

Hi John, the noise level of a mechanical keyboard is usually dependent on the type of key switch (MX Brown, MX Blue etc). There are a number of manufacturers developing quieter mechanical keyboards, but as Jerry stated there will always be some audible noise, especially compared to membrane keyboards.

Remaster, Remake, Reboot – the rebirth and reinvention of video-games

In the last 5-10 years we’ve seen a number of popular franchises see a revival of some kind, whether that be a remaster, a remake or a total reboot. From the iconic bald barcode-branded Hitman to the resilient British bombshell and her crypt crumbling tendencies, there have been both successes and failures in the realms of video-game reincarnation.

Here at Novatech, we are extremely proud of our continued supporting partnerships with local charities and the work we have done throughout 2019 and will continue working closely with a number of local and national charities in 2020.

So, the new AMD Ryzen Threadripper 3990X has 64 cores – but what on earth do you need them for?