Ah, the NVIDIA GeForce GTX 1060, the 60 series of all the families always remind me of the little aggressive brother, which always packs a punch. It’s not as powerful as the 1070, 1080 and 1080Ti but it’s much more affordable and gives you a very reasonable GPU for your Gaming PC.

If you’re considering purchasing a GTX 1060 card, the first thing to note is that there are two versions, a 6GB and a 3GB card which is the memory of the card. The 1060 6GB version is really the normal 1060 card and then the reduced 3GB version were released to offer the customer a version of the card which can  compete with what was known at the time as the AMD RX 470 and 480 Series cards, but now the RX 570 and 580 series cards.

The decrease in the VRAM in these cards allow NVIDIA to offer a sub £200 Graphics Card which is still able to run very well at 1080p Gaming and also a VR Ready Card, both very popular with current gaming trends.

As of current writing, the cheapest 1060 3GB Graphics card on the Novatech website is at £170 from EVGA whereas most 1060 6GB cards will come in around or just over £200. The difference of £20-£30 between them if it isn't a huge deal breaker for you, I'd personally reccomend paying the extra money for the extra VRAM on your card just for a better frame buffer as it allows you play better games in a higher resolution with better textures.

Sometimes there will be deals for a sub £200 1060 6GB card and if so, these are really tip your hat kind of deals you should definitely be considering for your Gaming PC.

There aren’t many other huge difference between these cards besides the VRAM (which is an important part) as you can see from the official NVIDIA site below, the other key specs are almost identical.

The GTX 960 Cards were a very attractive card for the 900 series family and the 1060 cards just build on that reputation. Moving on from the Maxwell architecture to the advanced Pascal, the improvements are really noticeable across the board. The GTX 960 cards had a 2GB GDDR5 Frame buffer where as the 1060 cards boast either a 3GB or 6GB GDDR5 and there's then increases in the Memory Speed and Boost Clocks where the Actual Boost Clock has shot up from 1178MHz on the 960 cards to 1708MHz on the 1060 cards which thus allowing the GPU to run faster under a heavier load and thereby gives you a much better performance when playing more demanding games, sounds good doesn't it.

But then comes the big question, if you already own a GTX 960, should you really buy a GTX 1060 now. Sometimes the new generation cards don't always tend to offer a huge amount of increase and therefore it's not always worth jumping up just 1 family for example say a 960 to a 1060, but this time around it's probably different. There are many people who have benchmarked the 1060 vs the 960 on specific games and the FPS (frames per second) has almost doubled across the two when playing top games on Ultra settings, to see an example of the difference between FPS, this video clearly states the big leaps between them.

The recommended size of Power Supply for a GTX 1060 card is normally 400W for the 3GB version and 450W for the 6GB version  but I would use this figure as a minimum base if you're building a PC therefore I'd aim to go slightly higher, you can get a good 500W/550W Corsair Power Supply for around £45-£60 at the moment which is what would be my personal suggestion for when building a Gaming PC with a 1060 card or above in.

The output interface for the 1060 cards are pretty standard across the board, the 3GB versions come a 1x DVI-D, 1x HDMI and 3x Display Port connections whereas the 6GB version has similar but an extra HDMI port giving it 2 of them this theoretically allows you to run 2 monitors directly off the 6GB version whilst running them at a high resolution whereas with the 3GB version just the 1 monitor is much more standard.

Keep an eye on the physical size

Make sure when buying your Graphics Card you keep a note of what type of case you have and then the physical dimensions of the GPU itself as they will all slightly vary depending on the manufacturer and also some brands have a "Mini" card like this Zotac one where the card like it's name describes, is a mini version of the other cards. 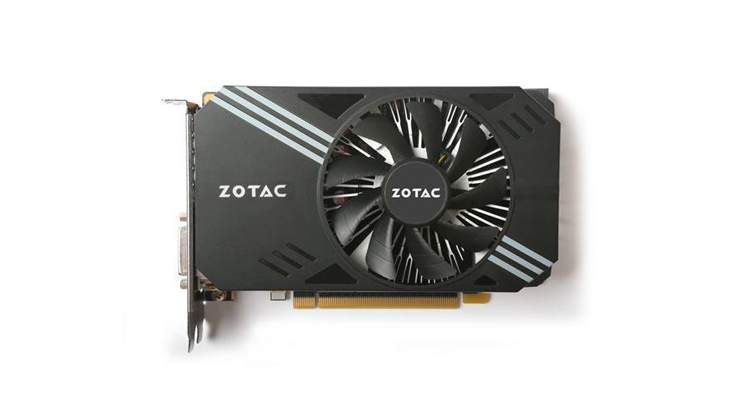 This Zotac GTX 1060 Mini Graphics Card has a dimensions size of 174mm x 111mm x 40mm which means with only being 174mm long it makes it an ideal card to be used when building a system inside a smaller case, such as a Mini ITX case where a longer card would either be very cramped or not even fit in the case at all so you want to make sure you get the card suited to your case. In comparsion to their mini version, one of their normal 1060 cards shown below, the AMP! version comes in at 210mm x 121mm x 40mm so the extra 36mm in length can be something you may need to think carefully about depending on your case. 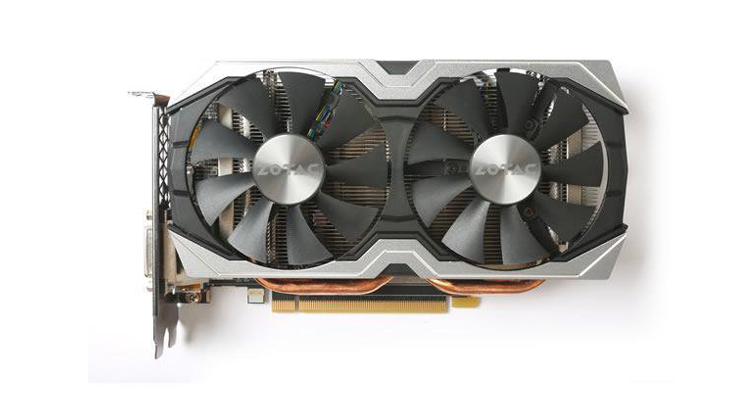 Every NVIDIA GTX GeForce Graphics Card comes with all their unique technologies such as the following;DirectX 12 Support

What you need to know from these, the important ones are that they are SLI and VR Ready. The popularity of Virtual Reality Gaming is increasing by the day, as we speak in our office we've got a HTC Vive and an Occulus Rift on the go so we can ride rollercoasters without having to queue up at Thorpe Park for hours and also it allows you to engage in real life simulations for work purposes with ease. Getting a Graphics Card which is VR Ready is really future proofing yourself to stay current with the trend if you're not already indulging yourself into it.

Having your Graphics Card SLI ready means you're able to one day if needs be add a second Graphics Card to your arsenal of a Gaming PC. This is a very popular thing to do to get extra power without having to buy a £600+ 1080/1080Ti card for your system. However just because the GTX 1060 cards have the SLI Ready technology available, you're not actually capable of putting 2x GTX 1060 in SLI in your Gaming PC so that capability is left to the 1070 series and above for the extra beefier power.