Novatech Attend The ICAP Charity Event For The First Year!

What Is The ICAP Charity Event?

ICAP is a leading markets operator and provider of executive and information services but with a difference. ICAP facilitate the flow of capital and investment through the financial system and support government borrowing

ICAP annually hold a charity day where the company donates all of its revenue and commissions made on that day to a large number of charities around the globe. The 2019 event held on Tuesday 10th December raised over £4,600,000 which will be split between over 100 charities. 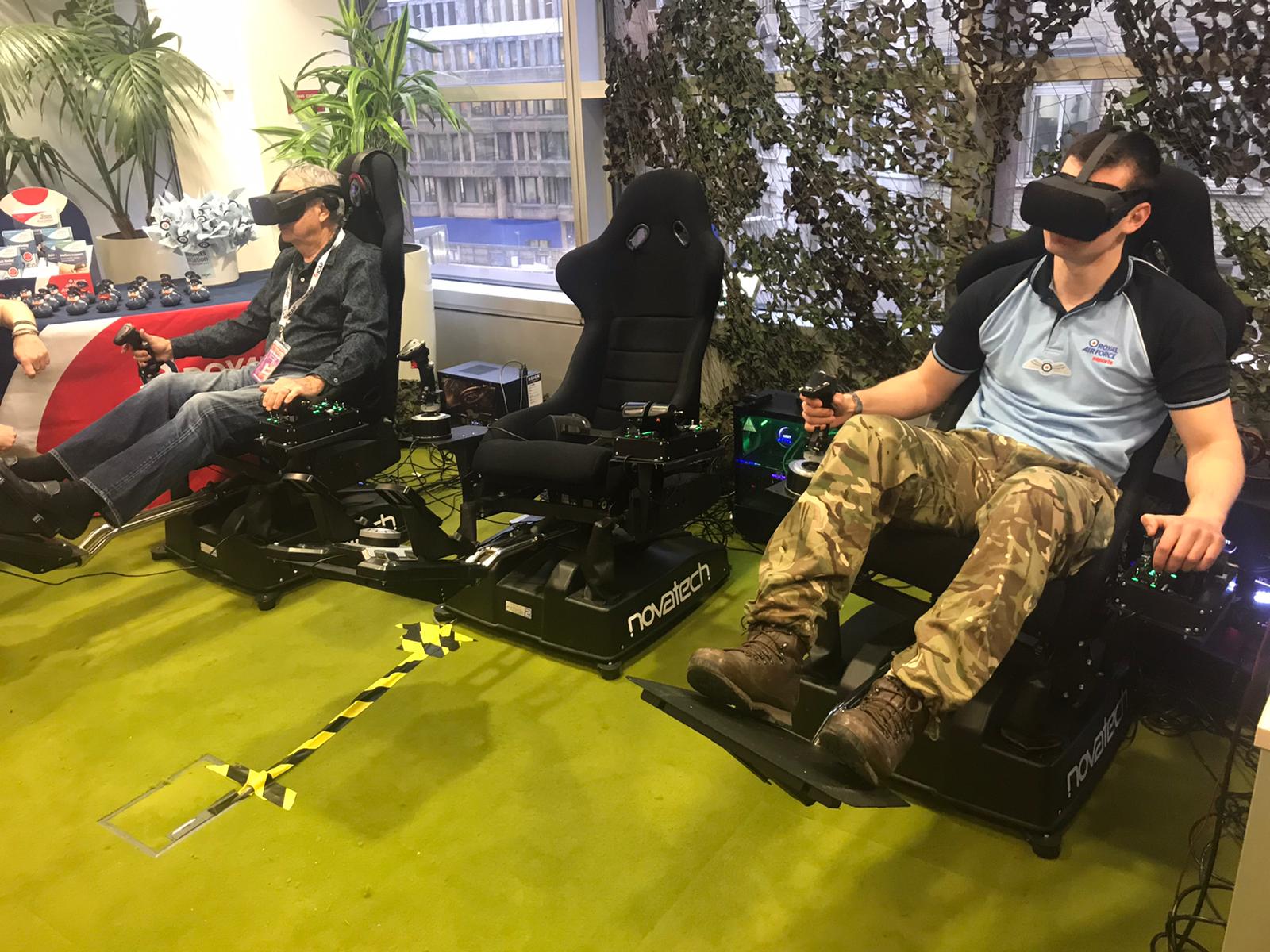 Since its launch in 1993, the charity day has raised over £145million for more than 2000 charities around the world.

Just a few examples of how the money has impacted lives around the world are:

- Providing 5,100 free cataract surgeries to the population of Buxar in India.

- Enabling people with Down Syndrome to overcome the barriers to gain employment within the UK.

- Launching a pan-European ‘hotline’ 116 000 – the first emergency number of its kind dedicated to finding missing people. 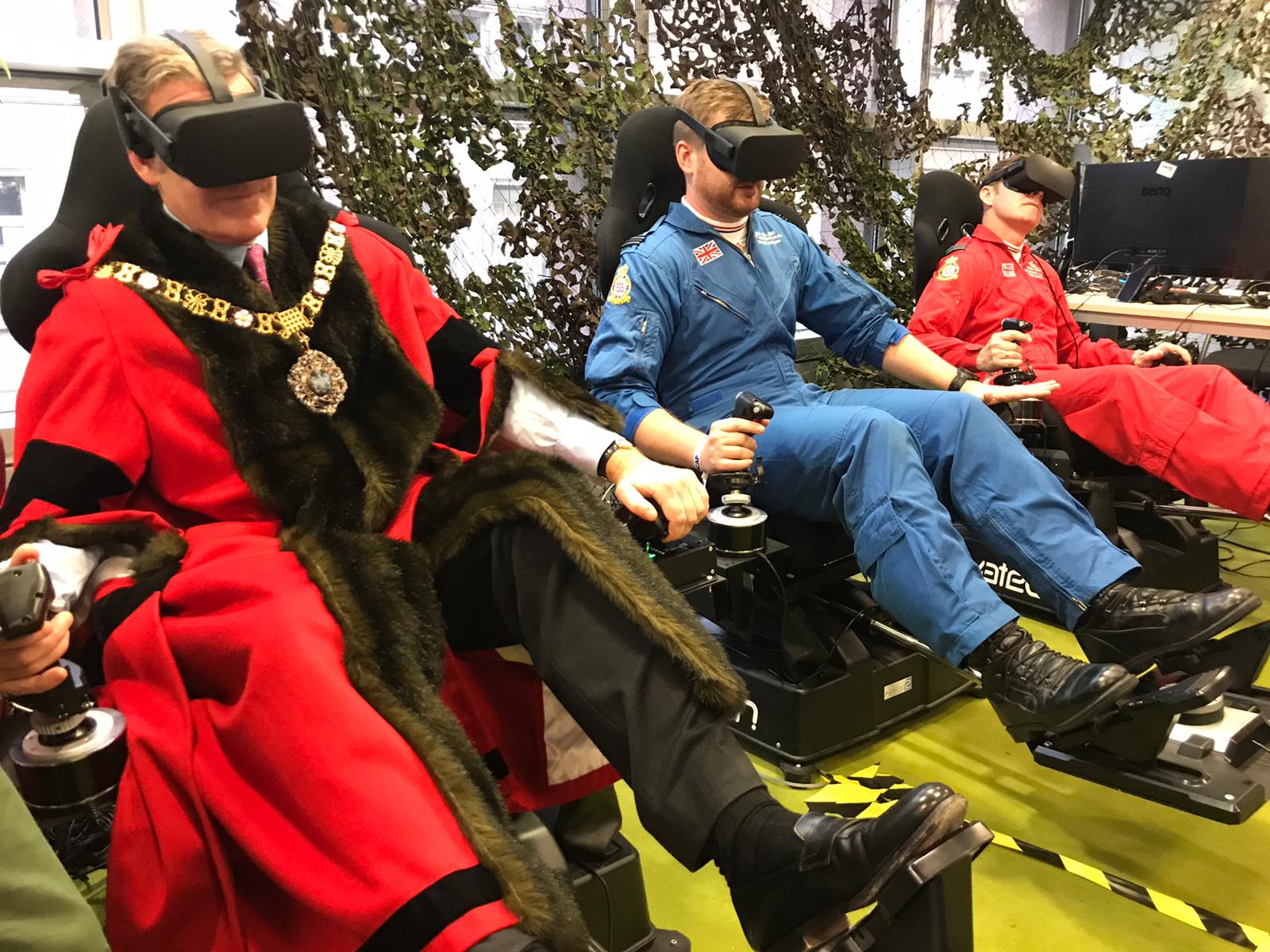 This year we had the privilege of attending and contributing towards the fundraising at the London based event. While at the ICAP Charity Day we were supporting the Royal Air Force Association the official charity supporting the RAF, one of the many charities that will benefit from the funds raised in 2019.

The ICAP funding will enable the Royal Air Force Association to provide mental health training for RAF veterans and the families of RAF veterans in order to raise awareness and reduce stigma.

During the course of the day, we were running a specialist Virtual Reality Flight Simulator operated by 3 of the latest Reign Gaming PC’s.

The PC’s used to power the Flight Simulators were the Sentry, Paladin and Viper, all built for purpose using the lastest high-quality “gaming-grade” components from the worlds most trusted brands to guarantee smooth and responsive simulation. Along with the Reign PC’s we also used specialist software Tacview to project the flight simulation data on to a large screen so everyone at the event could see how the simulator worked and what data was used.

Cate Driscoll - Special Projects Manager for the Royal Air Force Association commented “It was great to work with Novatech and the RAF Video Gaming eSports Association at the ICAP Charity Day 2019.  We would like to thank Novatech for providing their state of the art equipment, the flight simulator experience was the talk of the event, and the money donated by ICAP to the RAF Association will go towards our Finding It Tough campaign which focuses on mental health support for members of the RAF family.

The simulators were run by our very own Jerry Hughes with the help of the RAF team, enabling visiting celebrities to have a hands-on experience and test the equipment out.

The simulators saw some faces during the course of the day such as former British rugby player and pilot Rory Underwood as well as Pink Floyd's drummer Nick Mason and model Nell McAndrew, who are all ambassadors for the Royal Air Force Association Charity.

The simulator was also tested out by the Lord Mayor of London, a number of the Red Arrow Pilots and Jason Bradbury from The Gadget Show!