It looks like Christmas hasn’t ended yet, technophiles! After revealing their high-end 2080 and 2070 GPUs back in September 2018, NVIDIA has finally unveiled the latest addition to their RTX 20 Series graphics card range. Say hello to the GeForce RTX 2060.

NVIDIA CEO Jensen Huang has revealed the new graphics card during NVIDIA’s CES 2019 keynote by showcasing the 2060’s abilities to run real-time ray tracing on a Battlefield V demo. This has certainly perked our interests; his confidence is a bold move - using the entry-level card for a graphics-intensive game at a press conference critiqued by millions of gamers around the world. 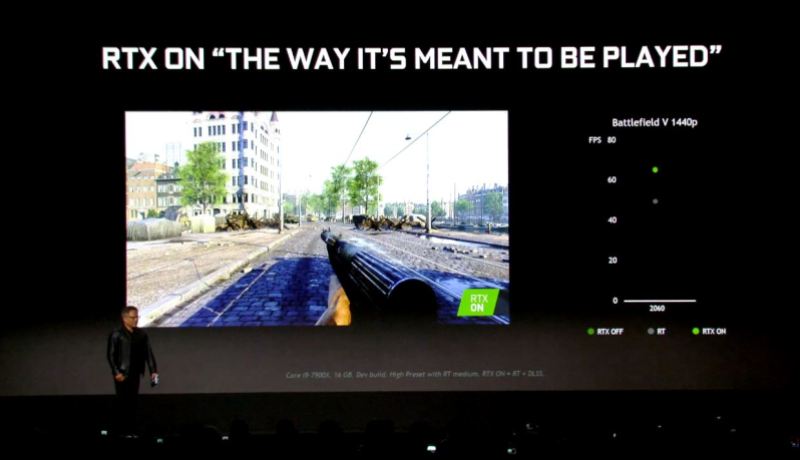 The RTX 2060 is NVIDIA’s entry-level GPU for its 20 series but don’t be fooled, they still flaunt some of the high-end features that the latest range has to offer. Affordable ray-tracing is the standout headline grabber, with the 2060 boosted by 6GB of GDDR6 RAM and 5 giga-rays for real-time ray tracing performance. This will allow you to transcend the way that your PC depicts realistic lighting in your games whilst keeping your wallet happy in comparison to the more advanced and expensive 20 Series options.

Below you can see a graph of how the RTX 2060 will play specific games in comparison to the older GTX 1060 from their previous card range. 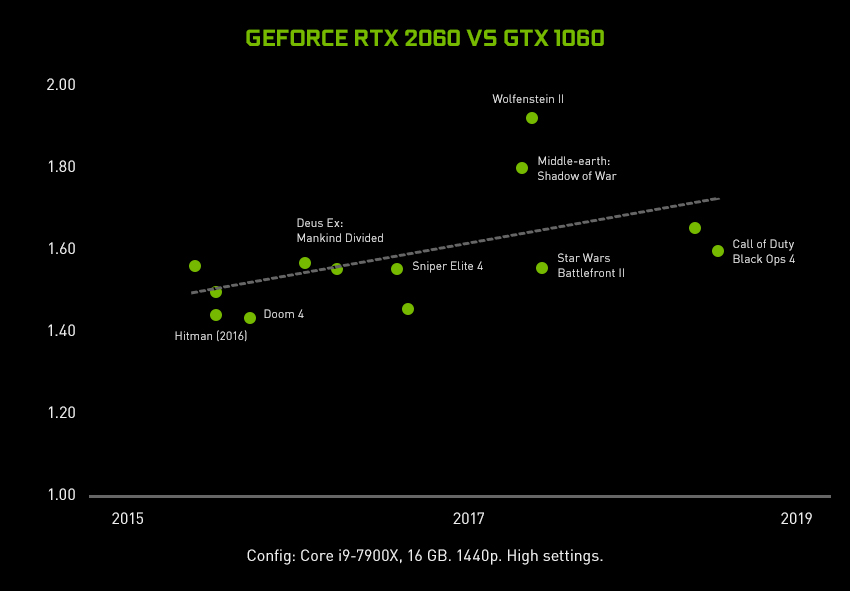 Another exciting feature to note for the 2060 is its 240 tensor cores with 52 teraflops for deep learning; exciting news for businesses and professionals looking to experiment in a field that has been restricted in the past to more powerful hardware.

The RTX 2060 also has 1920 CUDA cores, meaning that its configuration is looking to be around 30 SMs in comparison to the RTX 2070’s 36 SMs. The Turing architecture of these cards have been designed to scale with their respected number of SMs, so this 17% drop in SMs will ripple a 17% drop in its RT Core count, a 17% drop in their texture unit count, and so on. Not bad considering the drastic differences in the cards and the level at which the 2060 sits in the 20 series!

Continuing with this analysis and comparison with the other 20 Series cards, another specification to note that makes the 2060 not far off from the 2070 are its clock speeds. The 2060’s clock speeds are down to 1365MHz in comparison to the 2070s, but this performance is evened out by its boost clock being up at 1680MHz. This will mean that the RTX 2060 will deliver roughly close to 90% of the 2070’s general performance, a surprisingly small gap between the cards. This is noteworthy for NVIDIA to bring to its entry-level GPUs and is definitely worth considering for potential buyers as it will be a great value-for-money ray-tracing graphics card.

NVIDIA has released that the GeForce RTX 2060 graphics cards will have an official cost of around £329. Expect to see prices' differ between the initially released cards and later releases of MSI's and Gigabyte's Founder's edition.

NVIDIA’s RTX 2060s are coming sooner than you’d think! Expect to see their initial release from January 15th and onwards. Some PC manufacturers are even hinting at the possibility that there will be a Founders edition coming soon. 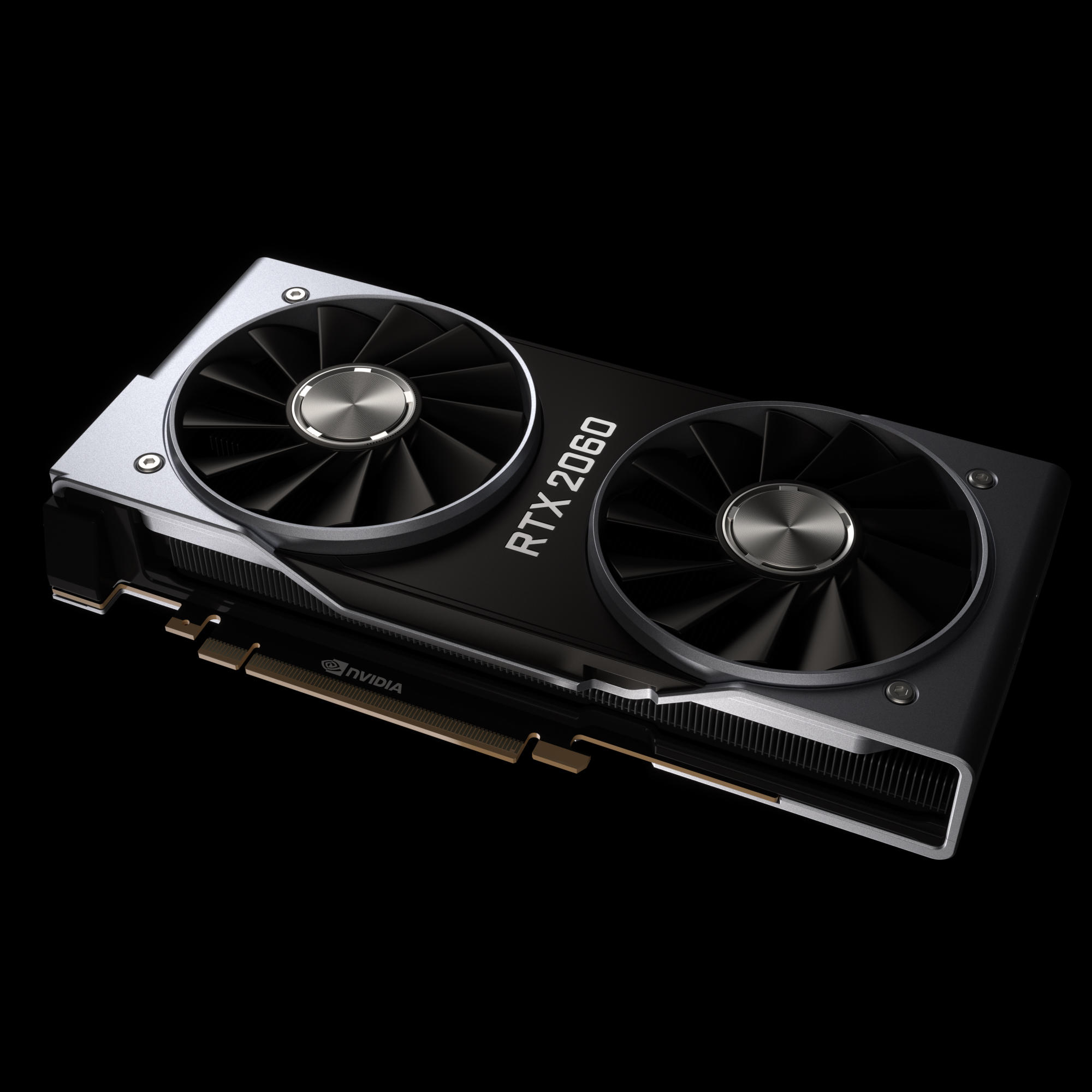 What are your thoughts on the latest from Nvidia? Comment below and make sure to keep up to date with similar news from Novatech right here!