Since towards the end of 2018, NVIDIA have been rolling out new Graphics Cards from their 20 Series' family, starting with their RTX 2080 and RTX 2080Ti cards which launched in September to their most recent launch which was the RTX 2060 cards. These new RTX cards are built using the most up to date tech including the NVIDIA Turing Architecture and the Real time Ray Tracing features, but coming packed with these new features comes with the more hefty price tag. In steps the latest addition to the GTX Family though, the GTX 1660 Ti which is released today, Friday 22nd February 2018.

You can view our GTX 1660 Ti Graphics Card range here.

There's been a lot of speculation about the release date of this new card, the specification, performance and of course the price, so let's see if we can clear all of these up here.

The GTX 1660 Ti is definitely looking like a great mid range card, the standard cards are coming as 6GB Graphics Cards with the features officially listed as 1536 Cuda Cores, 192-bit Memory, a 120000Mhz Memory Clock and Boost Clocks around 1770 MHZ like on this Palit GTX 1660Ti Storm X Card.

The Core Clocks on the cards will differ depending on which version of the card you get, for example the Gigabyte editions differ starting from the Aorus GTX 1660 Ti which has a Core Clock of 1890Mhz down to the Gigabyte 1660 Ti Mini ITX OC card which has a core clock of 1785Mhz. Everything else along the specs will match though as usual such as the Cuda Cores, Memory Clock and so on. 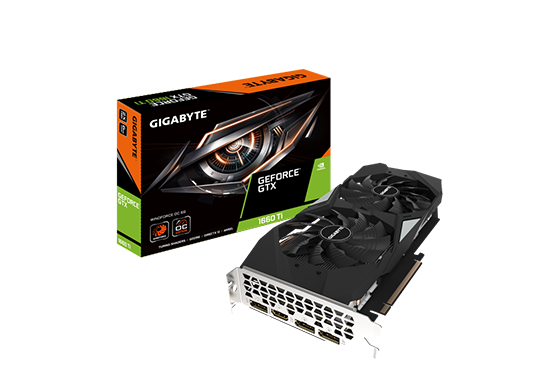 The prices of these GTX 1660Ti Cards will be around the £300 mark, all the different brands and their variations will differ as usual, for example there will be a small gap between the Gigabyte 1660 Ti Windforce OC card to the Gigabyte 1660Ti Mini ITX OC Card as usual but be prepared to shell out around the £300 mark with a variance either way and you'll be in the right ball park.

This price makes the GTX 1660 Ti a much more affordable card for gamers who are sticking to a budget, especially when compared to the prices of their other recent launches in the 20 Series cards which are much more expensive but come packed with lots more features.

There will be plenty of reviews out there that will compare the GTX 1660 Ti to the RTX 2060 or RTX 2070 but there will never be a definitive answer to this, because the final point will always come down to what your budget is. If you're building a new PC with a budget of £1000, you're probably not going to be able to afford an RTX card but you will be able to build a decent Gaming system around a GTX 1660 Ti card.

This review here comparing RTX 2060 to GTX 1660 Ti by PC Gamer goes through the differences in their specs but when it gets to the final line, it finds it hard to zero on a clear decider as which card you should get, apart from factoring in what your budget is.

They give a nice Graph here giving you the performance per pound when comparing the FPS and £ value and you can see that the 1660 Ti comes below all of the more expensive RTX cards but it does however finish above all the AMD Graphics Cards and the GTX 1070 and 1060 cards so it gives you an idea about what you're getting for your money, even when you look at it as an affordable, lower end card. 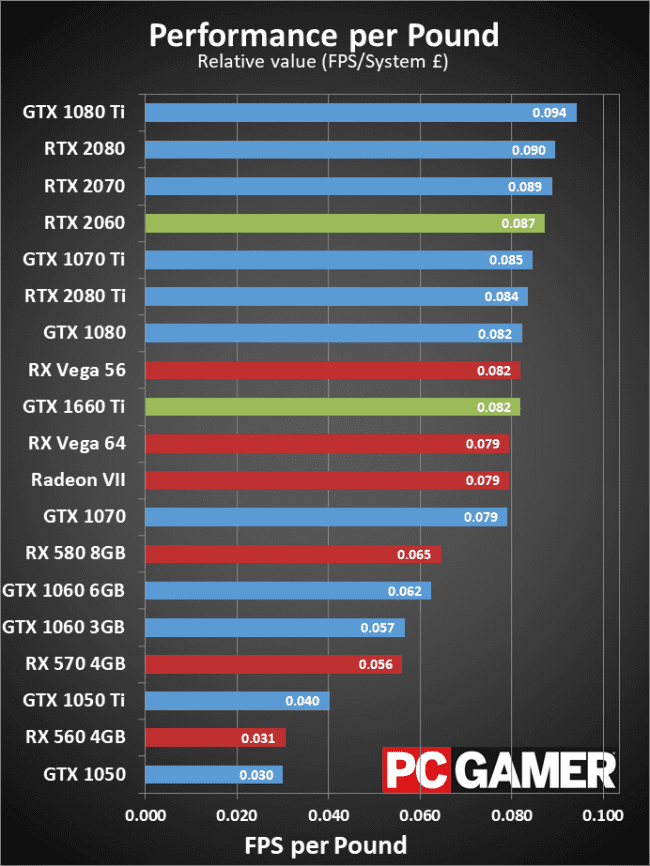