Welcome back to our guide to picking custom PC parts. If you've not yet read part one, then hop over and have a read first, as it'll get you up to speed on our intentions for this series, and covers the most important 3 questions to ask before picking your parts!

Today we'll be dedicating an entire post to the most important part of any custom gaming PC: the graphics card.

Which graphics card you pick will depend on your requirements - are you building the perfect custom gaming PC for Fortnite? Or perhaps a high-end gaming PC that's also an effective workstation for photo-editing, video-editing, and streaming too? For the sake of ease, today we'll be assuming the task at hand is just good old gaming, so without further ado, let's get into the specs for a GPU, otherwise known as a Graphics Card or Discrete Graphics. 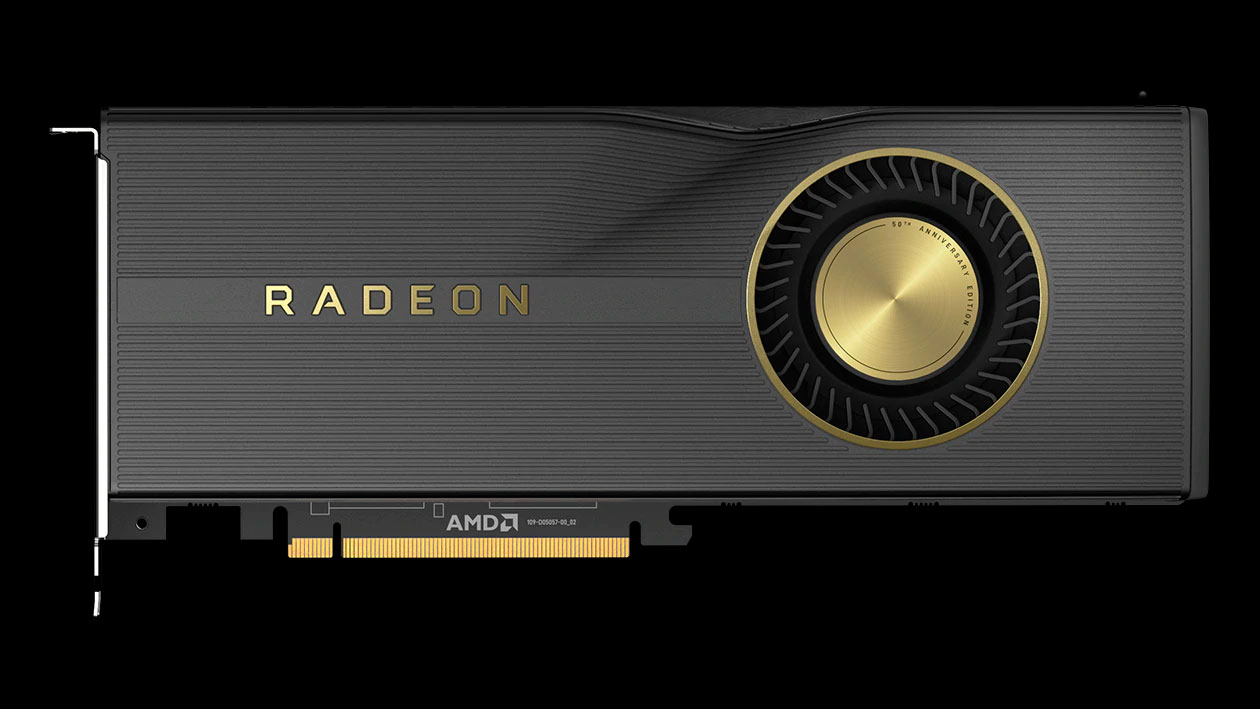 What Specs should you Look for in a GPU?

Any gaming system you build or buy should be focused on this component. It's where the vast majority of your PC processing power will be centred when it comes to generating all the vast worlds and characters you'll be playing around with. There are really only a few key factors when it comes to specs that can help you determine which graphics card to buy, regardless of whether that card is made by NVIDIA, AMD, or any other third-party manufacturer such as MSI or Zotac. Let's start by taking the GeForce RTX 2060 from Gigabyte, and the RX 5700XT from ASUS, as examples:

Now at first, it seems like there's a lot of numbers here, but when it comes to picking a graphics card for its performance, there's really only 3 things worth paying attention to:

But what does it all mean?!

GPU - Graphics Processing Unit. Sometimes listed as Graphics Processing or Graphics Engine in spec sheets, this refers to the type and sophistication of the processor, which dictates its raw processing power. Although the two terms are often used interchangeably in casual conversation, the GPU is the main component of the overall Graphics Card. It's the primary way to identify how powerful a card is within any given series, and is always in the name of the card i.e. RTX 2060, RX 5700XT, GTX 1660, RX Vega 56 etc.

Core Clock/Boost Clock - This refers to how quickly the GPU can do its thing - the base (Core) and fastest (Boost) speed at which it can retrieve, process, and deliver data to where it needs to be. To complicate matters, AMD often include their so-called 'Game Clock,' which is meant to indicate the expected minimum speeds that the card will hit whilst in games specifically. Clock speeds are measured in MHz and bigger numbers mean faster processing.

Memory Size/VRAM - The dedicated on-board memory of the Graphics Card, which holds all of that data for the GPU to store and retrieve as and when it needs to process it. It's measured in GB and bigger is generally better, depending primarily on the graphical fidelity of a game, and at what resolution the card is attempting to render it.

CUDA Cores/Stream Processors - In a nut-shell, similarly to the GPU, you can use these to identify where a graphics card sits in terms of its raw power, so long as the comparison is to another card in the same series, using the same architecture. If you'd like an in-depth look at these specs, TechGuru from Nerd Techy has written an excellent article on the subject. 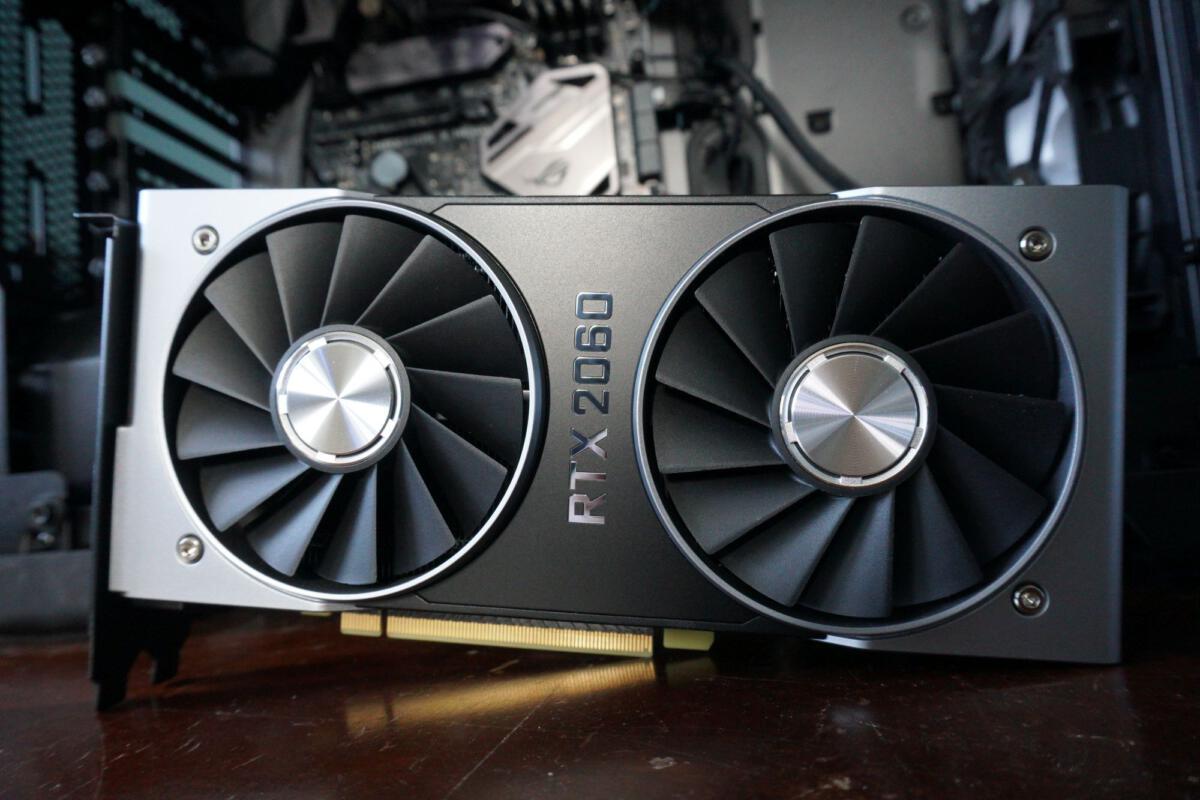 As a rule of thumb, bigger is generally better in the realm of graphics cards. Faster clocks mean better frame rates in games (which means a smoother visual experience), and more VRAM means your graphics card can handle higher graphical fidelity, and more taxing resolutions like 1440p and 4K. However, this rule is only true when comparing graphics cards of the same GPU type. So an RTX 2060 with a core clock of 1755MHz will be better than one with a core clock of 1680MHz. But a graphics card that's higher in a series means a better GPU; for example, a GeForce RTX 2070 with a core clock of 1620MHz will still be better than our RTX 2060 with 1755MHz. Put simply, this is because the RTX 2070's raw processing power will have a noticeable increase over the RTX 2060, which you can usually see reflected in the increased number of CUDA Cores. The same can be said for AMD cards, where a fast 5500XT will be beat by a slower 5600XT with more Stream Processors. We would reiterate though that with CUDA Cores and Stream Processors, you should never compare the two against one another, and only to cards within the same series, as the parameters for what a "core" or "processor" consists of can change over generations. A perfect example of this is NVIDIA's new 3000 series; at a glance, the RTX 3090 has around 2.5X more CUDA Cores than an RTX 2080Ti. However, NVIDIA have actually changed how they count these cores, and so in reality, it actually only has around 1.5X more cores in an "apples-to-apples" comparison.

Look at some Reviews and Benchmarks

When it comes to figuring out which card is best for you though, don't rely on just the paper specs. Hands down, the best way to understand what a card is capable of is to benchmark it. Of course, you can't benchmark something you don't have, so research will be required. Head on over to YouTube and look at some reviews and benchmarks, or have a read through some of our very own TechShots. There are also numerous articles often written by Gamers Nexus, TechRadar, TechSpot and WCCF Tech, among many others, so there really is a whole wealth of information on the various NVIDIA and AMD cards out there.

What are your requirements?

At this point, you should also consider what are your requirements - if there are very specific games you play, and you very rarely deviate from them, then look out for cards which do particularly well in those titles. If you play a lot of indie games, see how the cards handle AAA titles of similar genres and gameplay to draw your conclusions. It may well be you're an extremely casual gamer, with a keener interest in Point and Click games, or 2D Puzzlers and Platformers. If so, you may not even need discrete graphics, and could instead opt for integrated graphics on your CPU.

Speaking of which, the CPU is up next on our list for this series, so push on through to part 3 where you'll learn exactly what it all means when an Intel Core i9-10900KF offers you ten cores and hyperthreading at 3.7GHz up to 5.3GHz... don't worry it's not that scary, we break it all down into layman's terms, including those pesky naming schemes. See you there!