Last week, we were pleased to be back in Medway at the Historic Dockyard in Chatham, supporting our friends at the Royal Navy as they prepared for a weekend filled with Gaming and Creativity.

The Rapture Gaming Festival, now in its 5th consecutive year, is one of the biggest events of its kind nationally, and features a whole host of activities for guests to enjoy. From Gaming, VR and a Robot Battle Arena, to cosplay, NERF fights and displays from local and national artists, the event provides an opportunity for the local community to meet and connect with many of the servicemen and women from across the armed forces. 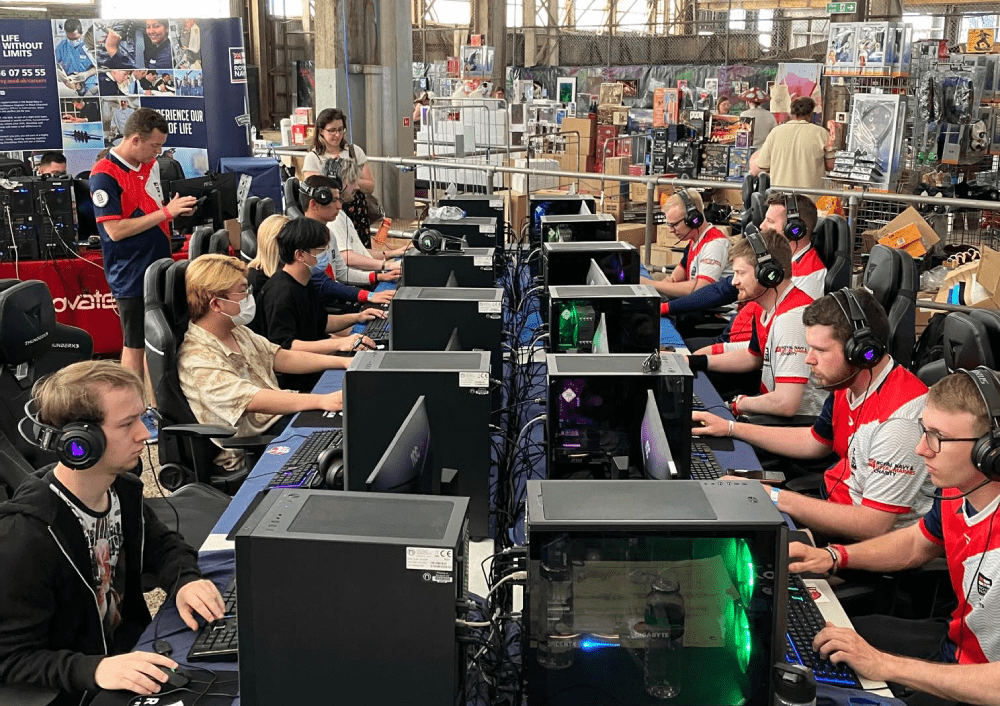 In previous years we have supported the RAF, but this time around we were helping out the Royal Navy Esports Team with their "Modern Gaming Zone," providing them with a suite of Reign Scout Gaming PCs to power the variety of videogames they had lined up for the weekend. This also included a number of dedicated systems which allowed them to stream their gameplay over the course of the weekend too.

Cdr. Gordon Jones, Chair for the Royal Navy Esports Team and member of the RN World of Warships Team, commented on the event:

"The Navy Esports mission is to give our members a community of like-minded people to be able to play with; people who enjoy gaming and also have the shared experience of being in the Royal Navy and Royal Marines.

"Rapture was a great opportunity for our members to be able to meet up and game together, as well as to meet members of the public; it's always nice to lift the lid on the people who serve in the military and let the public realise that we're just like any of them, with the same hobbies and interests."

Lyndsay McGuire, Head of HR at Novatech, echoed Cdr. Gordon's sentiments, adding, "At Novatech, we have always been passionate about supporting and cultivating the communities around us, bringing people together from all walks of life.

"As a member of the Armed Forces Covenant, we see any chance to bridge the gap between civilian life and the services as one worth taking. It's an instrumental step towards adjusting perceptions of our proud servicemen and women, which is vital for them later in their careers when they re-join the civilian industries. Working with the Royal Navy at Rapture was another one of those fantastic opportunities to help us facilitate that goal."