×
Home Gaming and esports Remaster, Remake, Reboot – the rebirth and reinvention of video-games

Remaster, Remake, Reboot – the rebirth and reinvention of video-games

In the last 5-10 years we’ve seen a number of popular franchises see a revival of some kind, whether that be a remaster, a remake or a total reboot. From the iconic bald barcode-branded Hitman to the resilient British bombshell and her crypt crumbling tendencies, there have been both successes and failures in the realms of video-game reincarnation.

Today we’re taking a look at some of those successes in recent years. We’ll also be discussing why exactly these titles have done so well (and not so well), both past and present, as well as what other franchises and developers could learn from them in the world of contemporary gaming.

Hitman, Resident Evil, Tomb Raider, Wolfenstein and XCOM are all beloved franchises which have seen both revamps, reboots and new instalments over the last decade. And each have done exceedingly well at breathing new life into their dead, outdated or otherwise tarnished titles of the 80s, 90s and early 2000s. But what exactly is it about the newest iterations of these games that pleased long-time fans of the series and newcomers alike? What was it that continued to uphold, or re-envisioned and redefined, their original claims to fame?

The answer, I think, is quite a simple one. Though one that requires us to look further into the histories of these particular titles, as well as how they compare to other contemporary titles in the gaming industry.

There is one thing that all of these titles have in common, and that’s their timelines and development histories. If you were to plot a graph marking their successes and failures, the pattern would be the same across the board – they’d all feature a big old dip in the middle.

If we go right back to when these titles first emerged onto the gaming scene, every single one started out with a great game. They were brilliant concepts with solid, often ground-breaking core mechanics, and fully-realised worlds with clear direction. They featured fantastic atmospheres and aesthetic, reasonable supporting narratives (some of which were better than others) and challenging but rewarding level-design.

Take Tomb Raider for example, a title that saw an isolating world with minimal sound design, really setting the atmosphere to a simple yet satisfying game experience – one that was a beautiful balance between exploration, puzzles and unforgiving (but easy to master) combat. Or XCOM, a mechanically complex but deeply fulfilling game, one that could generate the most tense of moments, emotional torment, and tactical curveballs – pairing the joy of strategy and base management with the intensity of brutally indiscriminate battle simulations. 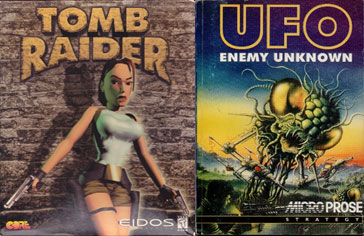 Don’t get me wrong, these first games weren’t perfect. Some had very steep difficulty curves, making later parts of the game playable by only the most skilled and committed of players. But on the whole, it didn’t matter – there were less games available to gamers of the time, so having to spend a little longer on a game to master it was kind of the norm. And seeing as these games were enjoyable anyway, most people wouldn’t have been adverse to sinking a few more hours into them – their positives well outweighed the very few negatives.

But alas, this wouldn’t last long, and eventually these titles would begin to dig a hole that would be seemingly impossible to climb out of…

Why were these franchises doomed to nosedive?

It seems to me that at some point after the initial releases of these games, there was a combination of things happening – one or multiple of a few possible situations:

1. The critical and financial success ushered in a rinse-and-repeat attitude to the game design

2. There was pressure to perform well again, in too short of a timeframe, or else pressure from investors and publishers to increase profits by unrealistic margins

3. (sometimes as a direct result of 2) a lack of inspiration and loss of identity led to newer games mimicking other contemporary titles, resulting in games which were dressed up in the wrappings of their franchise, but which played nothing like them

That last point became more the case than ever following Id Software’s Doom, which defined and vastly popularised the FPS and high-octane action genre. This new series and genre would not only see huge critical and financial successes, but also form the foundation for many future games to come, including big-name titles like Goldeneye 007 and later, Call of Duty. 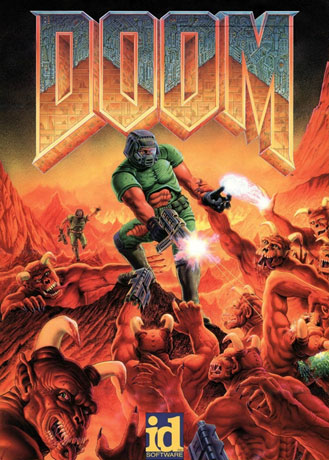 Alongside similar trends and developments in the Hollywood scene (think Rambo, Die Hard, almost anything featuring Arnold Schwarzenegger), we would eventually see a trend of ‘bigger explosions and more belts of bullets make for the bestselling games,’ which sadly would compound the identity crises of some of the series mentioned earlier – games were being pushed out in shorter timeframes, meaning less well-realised and increasingly generic end-products, with developers aiming to hit as large an audience as possible in order to generate more revenue. But that wouldn’t quite go to plan. Unsurprisingly, these games flopped harder than a splashing Magikarp.

Whether it was the result of finance-focused investors, absent or conflicting developers, IP ping-pong, or desperate copy-catting, each of these series saw a string of awful and forgettable games, from simple remasters to total remakes – many of which, people will never have even heard of. These games had lost their identity and with it, what made them great to begin with, and so most of these series began to fade into the realms of nostalgia.

Put simply, they did what those franchises once did best AND appealed to a contemporary market, without needing to copy every last bestseller of the previous decade (usually a Call of Duty game).

In 2012, fans of XCOM were treated to one of the biggest redemptions the series would see, XCOM: Enemy Unknown, which brought back the best defining elements of the original game: the base management and world-view strategy, soldiers that could be permanently killed, the ability to customise your squads and their loadouts ­– and perhaps most importantly, the aliens and those brutal battle simulations were brought back down to Earth.

Only a year later, 2013 saw the release of the latest of the Tomb Raider series. The game of the same name successfully recaptured Lara Croft in a fresh but familiar way. Less sexualised, more relatable, and plunged into an origin story fit for the franchise reboot, this title returned better than ever and with a call to what made the original so great: that incredible atmosphere, sense of isolation, a vast unknown world with puzzles (albeit, not as many as the originals) and fast, fluid combat.

Then, in 2014, we saw the fantastic reboot of the precursor series to Id Software’s genre-defining Doom. Continuing the story of B.J. Blazkowicz, Wolfenstein: The New Order returned more beautiful than ever, with the stunning and terrifying post-occupation America; a world filled with Nazis, guns, mechanized infantry and animals alike. Plus, for the first time ever, the series saw the addition of a really solid narrative that even the shootiest of shooter fans couldn’t roll their eyes at. Wolfenstein: The New Order did not disappoint – both old fans and new couldn’t get enough of this dark, gritty, industrial FPS.

And only two years later, much to everyone’s surprise, we also eventually saw a Doom reboot in 2016 which – unlike the other series discussed here – seemed to be exactly how we remembered it, but better in every way imaginable (just how every reboot should be). Check out the video below by Select Input who made a killer case for why Doom is the perfect example of ‘the reboot done right.’

Unfortunately for the current gaming scene, outside of these great (and now distant) examples, there have been slurries of those copy-cat or rinse-and-repeat style games. Dare I even mention the now threadbare 'battle royale' mode, which currently plagues almost every modern title since Player Unknown’s Battlegrounds dropped back in 2017?

So what does this tell us about reboots, and game design on the whole?

To quote Select Input, the new Doom was not just a reboot of the original, not just some money-grabbing rehash of an old IP or overused mechanic. Doom (2016) was a Doom game. In the same way that Wolfenstein: TNO was a Wolfenstein game, the way that XCOM: EU was an XCOM game, and so and so forth.

Personally, I think that hits home on a really good point, and is something new and existing developers (I’m looking at you AAAs) could learn from. The best games, and therefore reboots, are the games that aren’t trying to be anything other than themselves. You know what you’re going into that game to get, and they give it to you. There’s no pandering present, no cashing in on nostalgia, they’re not a reskin of a game that already exists. They give you what you came for. Straight, neat, nothing else. Sure, as with anything, a series will develop and change over time – such is the nature of the universe. But at the end of the day, those core mechanics are there. The world is there. The atmosphere, the aesthetic – all there.

These games are the best games. They do what many others won’t dare to…

They are unabashedly true to themselves.

Why do you think these game reboots were so successful? What makes a game the best it can be for you? Let us know in the comments – we’d love to hear your thoughts.

And if you've got a hankering to play some of the reboots mentioned in this article (which you should 100% do by the way), why not play them on their glorious Ultra settings AND still cruise through that fantastic gameplay at a steady 60fps? 'But how do I do that on my potatoe of a PC' I hear you ask? You don't, but you can do it on one of our very sexy Paladin PCs. But if that's a little too rich for your tastes, and perhaps only the High settings are within your budget, then our Sentry or Viper PCs will have you covered too.

If you’re interested to learn more about the franchises discussed here and their development histories, check out some of the great videos below.

The History and evolution of Doom:

The crazy history of the XCOM series:

How XCOM came back from the dead: