We worked with the Royal Navy Reserves and the University of Portsmouth to develop a realistic simulation that allows reservists to experience the pitch, roll and heave of the ocean without having to take to the water.

Rigid Hulled Inflatable Boats (RHIB) are used for a wide range of important tasks, including search and rescue, reconnaissance and transporting people or supplies.

Knowing how to manoeuvre a RHIB is an essential skill for many naval reservists, but the availability of training was often hampered by unreliable British weather or limited resources. This unreliability was delaying the qualification of crucial members of a ship’s company, which could lead to a shortage in skills and trained personnel. With more reservists serving at sea in Offshore Patrol Vessels, where RHIB driving is a required skill, this training shortfall was unacceptable.

The Royal Navy has a number of Level D simulators that they use to help their staff develop crucial skills under safe and controlled conditions. However, these simulators are often very large and cost millions of pounds to design, build and run.

The Royal Navy Reserves needed a compact and cost-effective solution that was highly realistic and could be installed at Royal Navy Reserve units across the country, so that reservists could train wherever they were, in any conditions. 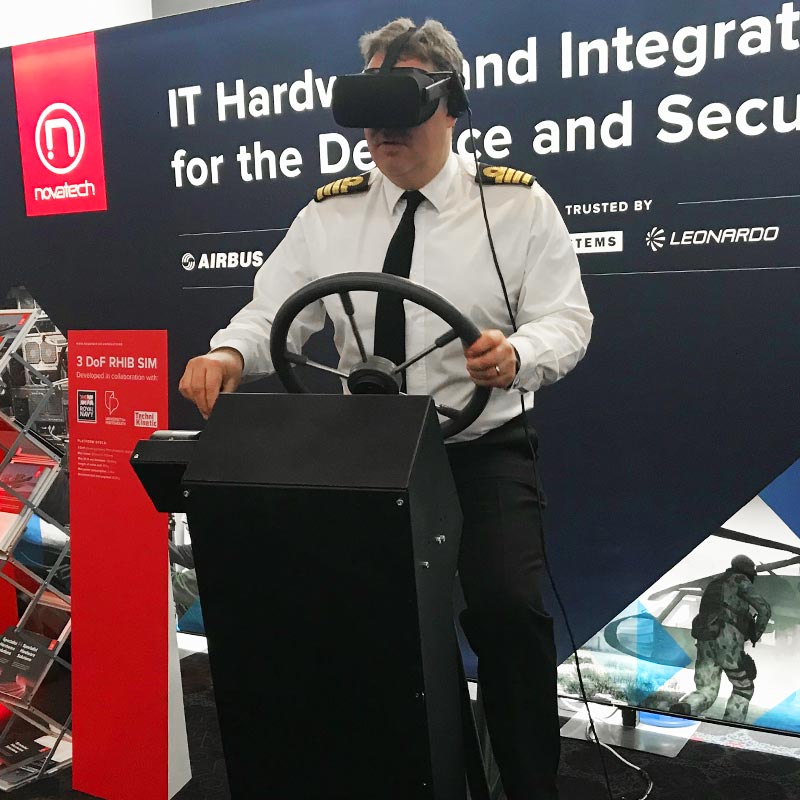 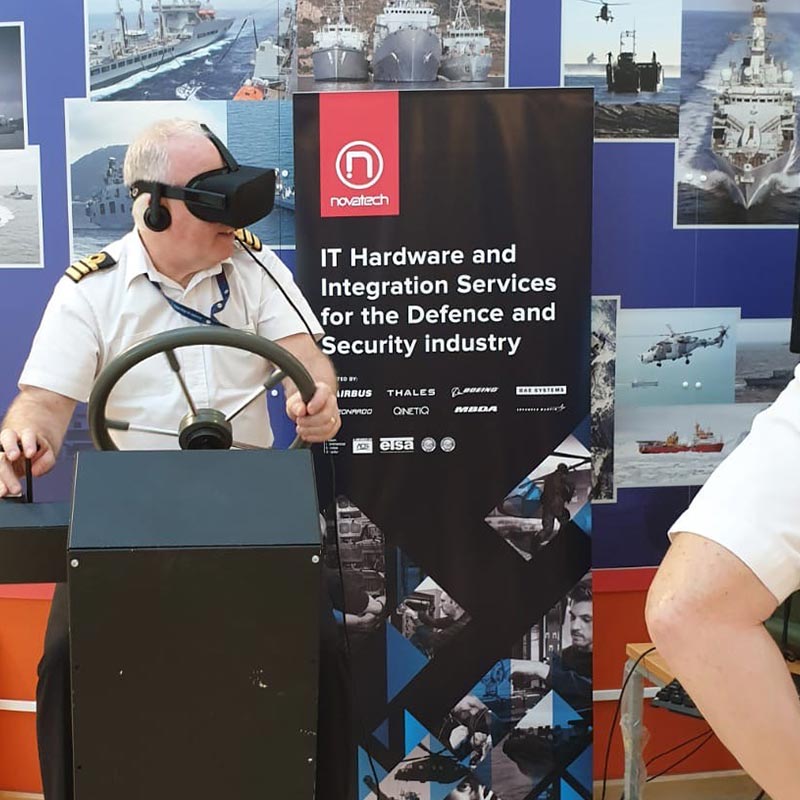 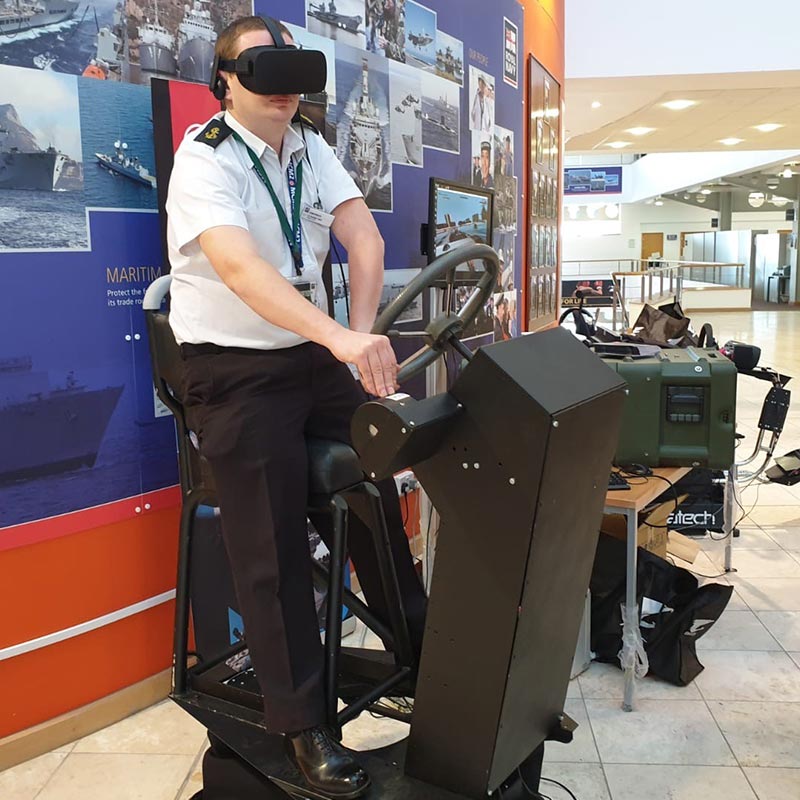 Rather than building the technology from scratch, the team identified commercially-available technology that would provide a realistic experience at a much lower price point.

The design started with a commercially-available two degrees-of-freedom (DoF) Atomic A3 racing simulator chair. But in order to accurately mimic the heave of a real boat, a three DoF option was essential – alongside an Oculus Rift headset, a replica Pacific 24 RHIB control console and a simulated environment built in Bohemia's Virtual Battlespace 3.

The prototype was put through its paces by an experienced Navy coxswain, who helped the team finetune the feel of the boat and its response to the waves. With the coxswain’s help, the team were able to closely mimic the pitch, roll and heave of a real boat as it responds to the driver’s actions, the environmental conditions and the force of the waves.

Novatech helped ensure that the telemetry acquisition software was configured to work correctly with VBS, along with the configuration of VR headset and custom replica controls. The entire construction, including the transportable and rugged rackmount image generators, was vibration tested to ensure that it could withstand transportation by road or aircraft carrier. The rugged build quality also means that simulated training can be conducted on land or at sea.

The team also provided factory acceptance testing and supply chain management, ensuring the reliability of the build and the future availability of all parts. A custom transportation solution was also developed, with Novatech’s SC-cleared engineers providing on-site installation.

Royal Navy Reservists can now complete their RHIB training in a safe and low-cost environment, without having to leave their unit. The first-of-its-kind solution is less expensive, more reliable and safer for everyone involved. The compact footprint and reduced cost makes it a much more scalable solution than the Navy’s original Level D alternatives. In fact, Novatech has been awarded the contract to deploy 15 3-DoF simulators and 5 2-DoF training platforms to all RNR locations across the UK and Northern Ireland.

"Novatech has supplied lots of specifically engineered COTs IT hardware into the MOD over the last ten years, albeit indirectly through the major Defence primes, such as Thales, BAE Systems and Airbus Defence & Space, to name a few. The confidence that the primes have shown in Novatech's capabilities made them a clear choice as a collaborative SME partner for the Royal Navy."

"From a development perspective, working with Novatech has been a very streamlined and positive process for everyone involved. As an introduction to the complexities of working with multiple external partners, it realistically couldn't have been better and has been an excellent first experience for the student developers working directly on the prototype."