On the hoRyzen and soon to arrive on the market - AMD's newest Hyperthreaded Quadcore Zen 2 CPUs, including the budget gamer's new best friend...

That's right folks, it's the first time we've seen a "flagship" quadcore since 2017, but here sometime in the next few weeks (20th/21st May) we'll be seeing the latest Zen 2 CPUs from AMD hitting the shelves, and likely with quite the left-hook.

The Ryzen 3 3100 and 3300X are offering 4 cores and 8 threads @3.6Ghz and 3.8Ghz, with boost clocks up to 3.9Ghz and 4.3Ghz respectively. Now, on its own, that isn't all that impressive - certainly nothing we haven't seen before. But when both options are expected to roll out for around £99.99 & £114.99 RRP, that's bound to create quite a stir in the budget custom-build community. Especially considering how well these bad-boys benchmark.

But why such a noticeable performance increase from the 3100? Well it's all to do with the 4+0 CCD configuration. What this means in layman's terms is that all four cores for the 3300X are closer together, since they are all contained within the same CCX (whereas they are separated into pairs for the 3100). This means there's less overall latency between the cores when they communicate instructions, which when coupled with the slightly increased clock speeds, means a substantial increase in performance. 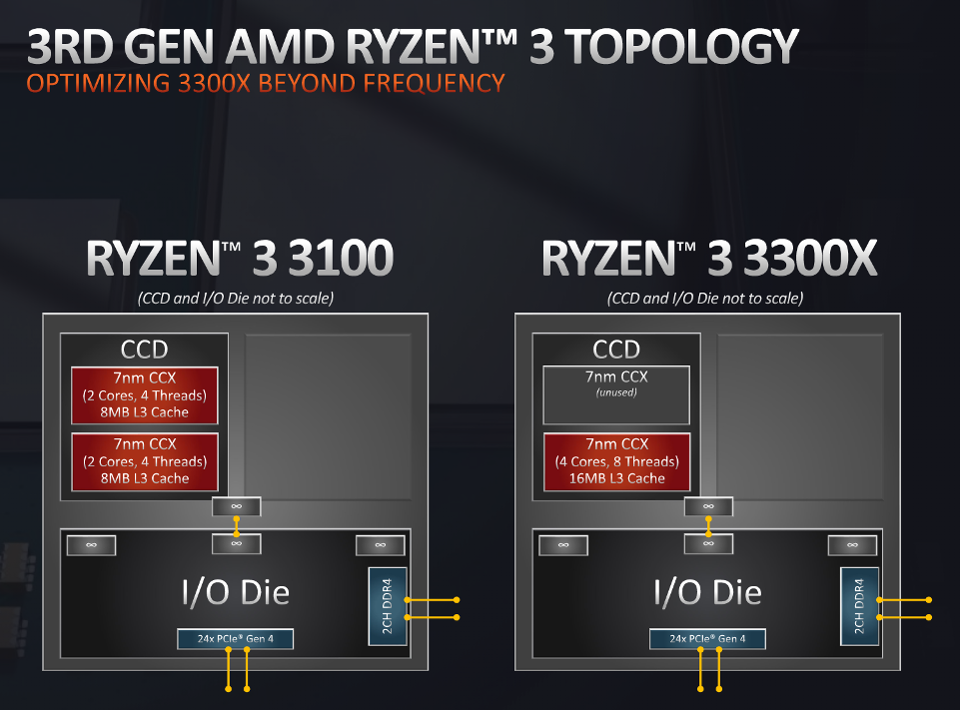 In fact, benchmarks around the internet seem to be finding that the 3300X is not far from its bigger Ryzen 5 brother, the 3600, when it comes to performance in games, making it a really hard sell to anyone building even a mid-range gaming PC. That said, AMD isn't quite treading on its own toes too harshly, since the extra cores and threads in the 3600 make it a better choice for those looking for a powerful workstation CPU.

On a final note, we are of course yet to see a comparison between these new quadcores and Intel's upcoming 10th Gen equivalents, but it'll certainly be interesting to see how they hold up in comparison. So, something to keep an eye out for in the near future...

What are your thoughts on the new Ryzen 3 CPUs? Let us know in the comments down below!

Check out our full range of AMD CPUs here. 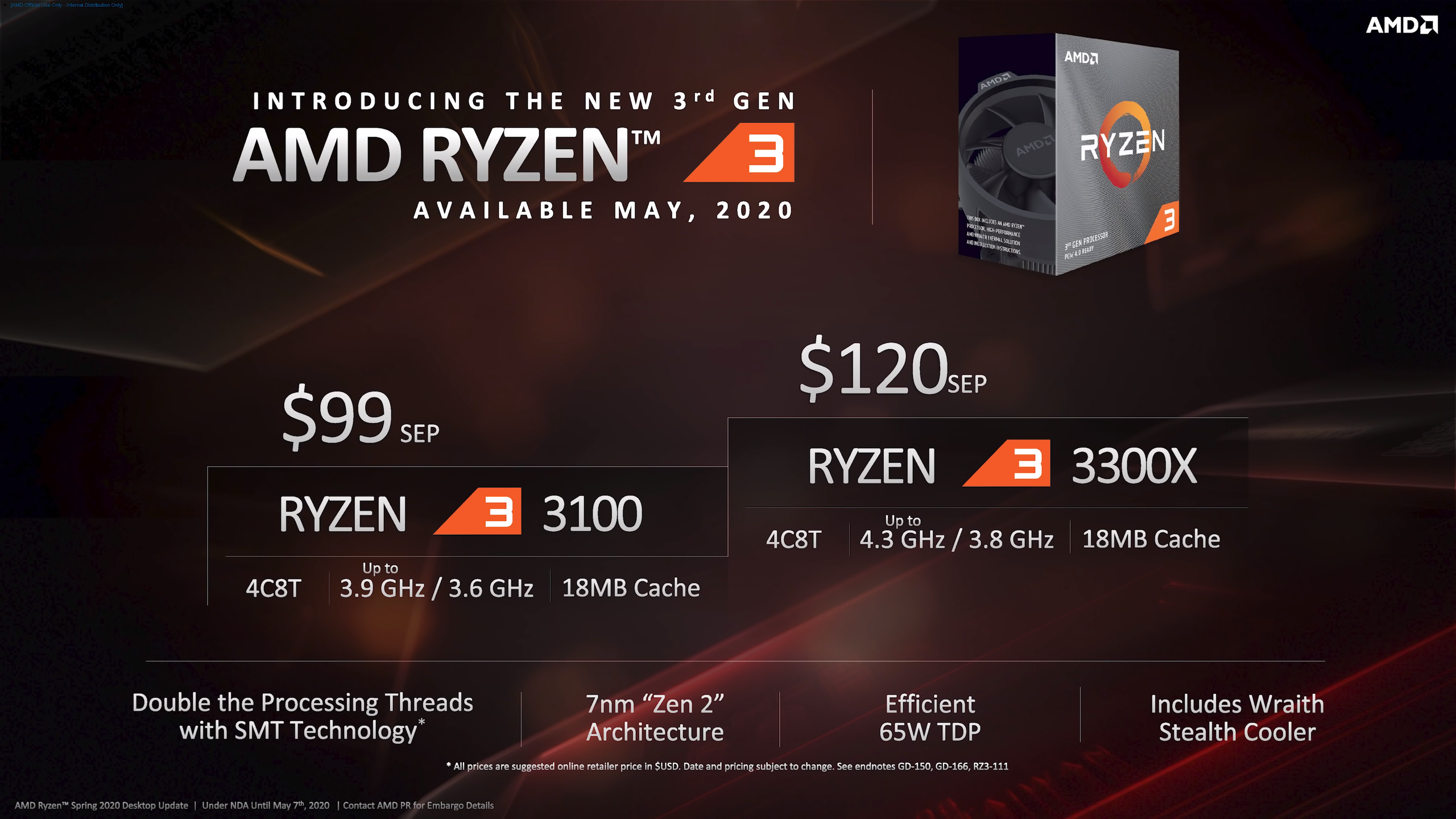