×
Home Defence, Training & Simulation How can militaries simulate the threats of AI and cybersecurity?

How can militaries simulate the threats of AI and cybersecurity?

Warfare is changing. It used to be physical. Troops on the ground, planes in the sky, warships in the sea. Now it’s both physical and virtual, with the lines between the two blurring year by year.

Jason Jones spent 28 years working in US Military simulation programmes. His final military assignment was as Deputy Director for the NATO Modeling & Simulation Centre of Excellence. He has experience working across everything from air and missile defence, multinational wargaming and planning simulated exercises for troops prior to their deployment in Afghanistan.

Novatech caught up with him to discuss how militaries are using simulations to train their troops to deal with next generation threats like cybersecurity and AI. 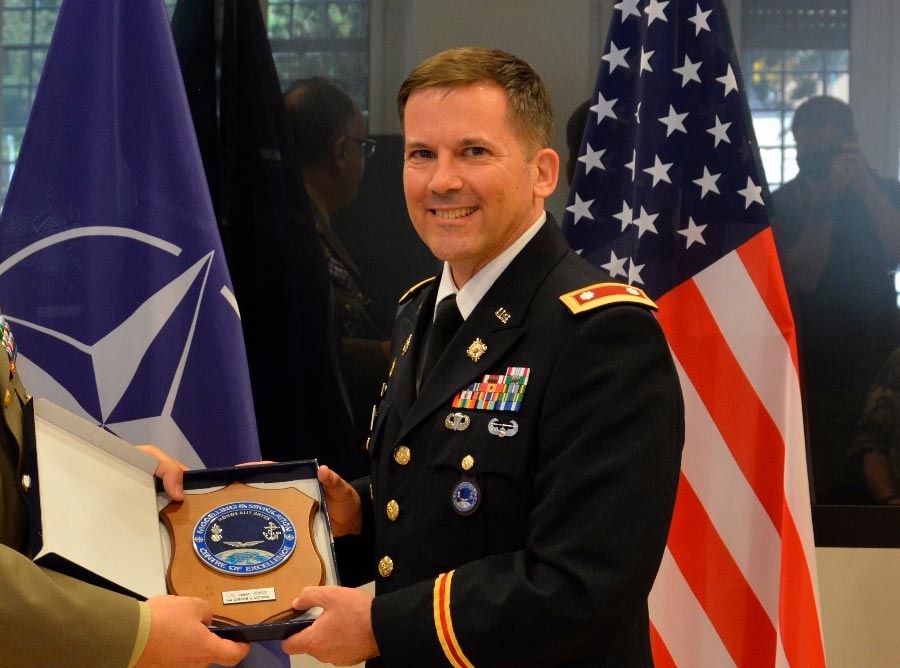 “Cybersecurity isn’t new and most of us are familiar with it now. But there’s still work to do around how best to simulate cyber attacks in a military setting.”

An important part of cybersecurity training is making sure that it’s not just cybersecurity specialists who are aware of it and who know how to respond.

“There is a need for cyber-simulation for cyber specialists, but also for everybody else, for the non-cyber community. We need to create cybersecurity training ‘ranges’ where specialists can train their offensive and defensive materials in a safe environment. But we also need to give everybody else exposure to cyber effects so that they know how to identify and respond to it.”

Training specialists in how to repel cyberattacks is important. But it’s also important to give personnel experience of what it’s like when cyber defences don’t work.

“To get this to happen, you need leaders to support training with cyber effects in their network in a safe and effective way. To use air and missile defence as an example, sometimes the training audience needs a missile to hit the ground to create the effects for training.”

There are now tools on the market which can disrupt communications, take over your systems and mimic the experience of having hackers inside your network.

“I’ve seen some great, very low overhead cyber effect tools that can take your system and reduce the frame rate of your video feed, take control of your cursor or show you the Windows blue screen of death – all without actually damaging the system.

“It’s about helping non-cyber personnel recognise small symptoms and understand their role in stopping cyber events before they spread. We've got to find a way to get that incorporated into effective training for everybody.”

AI is poised to revolutionise our lives. The defence industry is no different. Algorithms are able to analyse data and respond to situations much faster than humans. But how should we train people to deal with AI-enabled warfare?

“There are two pathways for the future. There's the continued progression of man-machine pairing with a continued emphasis on human control. Essentially, people training, with or without  sim centres, with machines and systems supporting what they’re doing. Connectivity will improve and the systems will be more advanced, but it’s a pretty recognisable future.”

“Then there's another pathway. There are many decisions that must be made faster than a human can take the input, process it, make a decision and take action. We see that already with missile defence systems where it’s all about having the settings and controls necessary to respond in a 100th or 1000th of a second.”

Jason says that in the future more training time could be given over to training algorithms and systems, rather than people, to respond.

“We could end up spending a lot more time composing and training artificial intelligence to make the right decisions for us. Not long ago there was reporting on  AI defeating live Air Force pilots five times out of five. They won the fight.”

The application of AI won’t be restricted to combat. Jason says it could also be used in intelligence and even diplomacy.

“That kind of activity (air warfare) is a very defined space. But with continued advances, we could also see AI used to provide insight in situations like, 'How could we manipulate all of the available pieces, military, diplomatic, information or economic, to put ourselves in a position where we don't have to fight?"

Staying focused on the people

Training simulations are getting more and more realistic. It’s now possible to map changes in the real world training simulated environments so that terrains are always kept up to date. But Jason says that with such technological advances, it’s important to stay focused on the people and the outcomes that you want to achieve.

“The focus should always be on the value that we're providing to the training audience. And that's got to be the key. The tool is just that - a tool.”

Realism can help the experience feel more immersive. But the most important thing is helping the trainee to build the skills that you need them to build.

“I like to reference sports. You know that a coach can go to a whiteboard or a chalkboard and draw Xs and Os and arrows to simulate the play. And the team acknowledges it and understands it for what it is.”

“They don't need a full 3D virtual experience to understand the play. And that's really the key. How much data does your audience really need to put them in the mindset? What do they need to help them make decisions and recognise the challenges and details that they need to pay attention to? How can we give them the cues and the triggers for action, decisions and other pieces necessary to conduct the mission? That’s the most important thing.”

Thanks to Jason for making the time to catch up. Check out our other Training and Simulation stories.