×
Home Defence, Training & Simulation Challenges faced by the simulation sector in 2021 and beyond

Challenges faced by the simulation sector in 2021 and beyond

The simulation space has made some significant and exciting advances in the last decade as technology has finally caught up with the ambitions of its greatest leaders. However, there is still a brace of challenges facing the community right now. 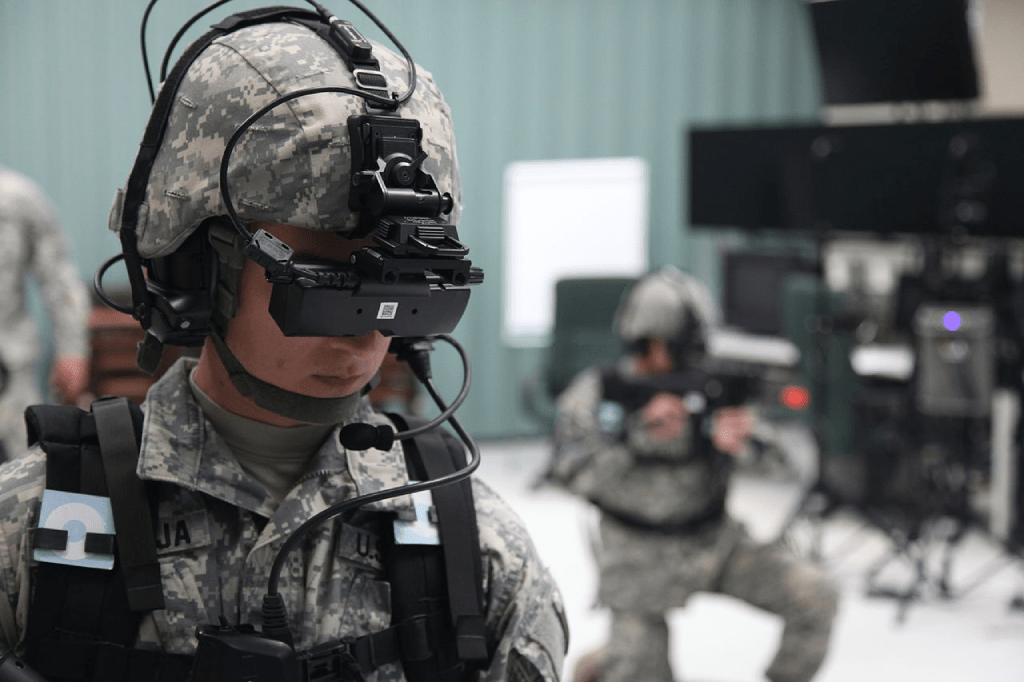 To gain further insight into the challenges being faced and how they are being overcome, we spoke to one of the aforementioned leading lights of the simulation sector - Aditerna's Robert Siegfried.

An IT provider that specialises in providing services and support tools for the modelling and simulation market, Aditerna is a company that takes into account all phases of both system and software lifecycles to provide optimal solutions for the simulation space.

As both the managing director of Aditerna and chairman of the NATO Modelling and Simulation Group, Robert has 15 years worth of experience in the world of simulation. He got his start in the field through his work in optimising fibre optical connections before moving to the University of the Armed Forces in Munich, where he really got stuck into the world of simulation.

A few years later Robert and a couple of friends started a company but continued to work with the armed forces, helping them improve their simulation portfolio and it's a relationship that eventually led to Robert and his team working with NATO.

So, he's quite uniquely positioned to discuss not only the technical challenges but the political and logistical challenges too. And he has more than a few interesting ideas about where the sector could be heading over the next few years. 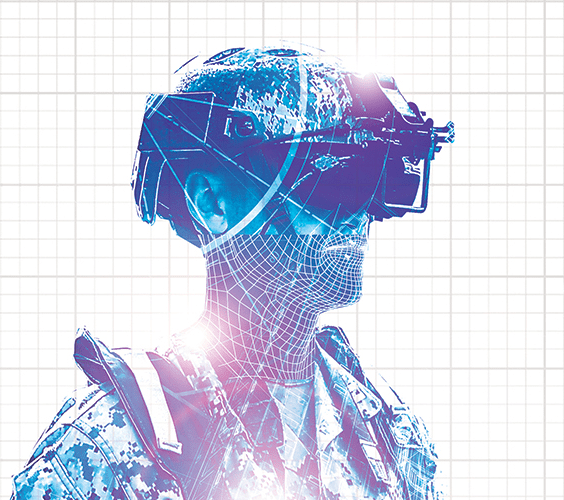 There has been a major push towards simulation in training in recent years, and this has been for many reasons. Not only is it cheaper than "live systems" but it also offers flexibility and capabilities that you don't have access to in real-life operational systems. With technologies like cloud-based services, AR, VR and 5G also picking up speed, it's an incredibly exciting time for all involved. Greater uptake, however, means more potential wrinkles to flatten out.

The main challenge for anyone in the simulation space, according to Robert, is simply making sure that the simulations are credible, of high quality, and satisfy the user's needs. He also explains that: "The integration of simulation systems and training systems with operational systems is always a challenge too."

There is a lack of basic knowledge among senior leaders about what is actually possible with today's tech, and if those higher-ups are not aware, what hope does everyone else have? 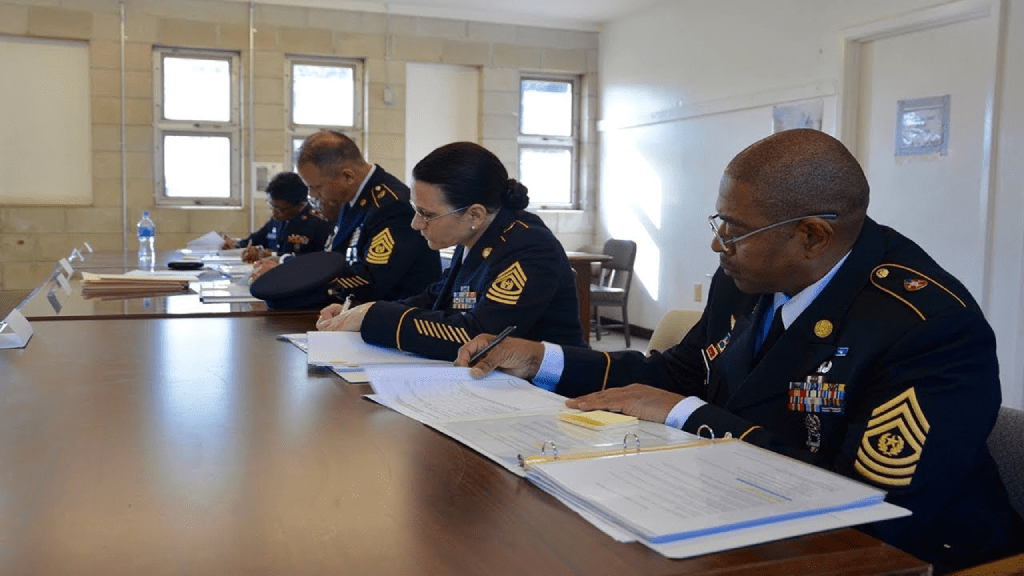 Robert explains that, "Many senior leaders are unaware of what we can already do with simulation and how we can use simulation and other technologies to improve training. It's getting better with more young people transitioning into higher positions but there's still a lot of outdated knowledge floating around in the military. And if they don't know what's possible then they can't know what to ask for."

For a long time, simulation was treated as a bit of a grey area as far as cybersecurity was concerned, so everyone could get away with exemptions, waivers and shortcuts. This is no longer possible. For Robert, it's particularly important now given his role as chair of the NATO Modelling and Simulation Group, where he is working on developing and maintaining standards for the sector so that it's easier for different countries with different training systems to exchange information with one another.

Robert says, "The more we connect simulation systems with the operational systems, the more we want to use the operational networks and the real data. And that's obviously mostly classified. So that's something that we definitely have to bring into the simulation space. For us, that's more true now that we've been sending files back and forth at a very high level."

We're currently seeing a significant shift in many nations and organisations towards cloud computing technologies, essentially leveraging what the commercial sector has done. And that is not only true for software, but also for hardware. For the last decade, Robert has been leading the Modelling and Simulation as a Service (MSaaS) efforts for NATO, helping them introduce the cloud into simulation. Currently, they have a massive team of 18 nations with more than 100 people working on it, but there is still plenty of work to be done. 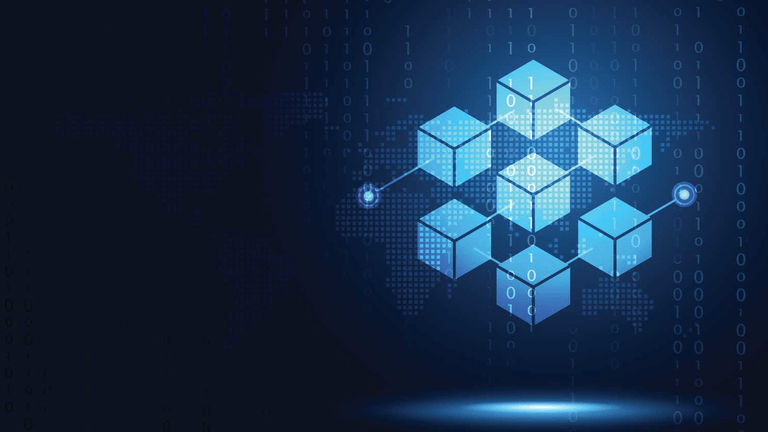 "Over the last seven or eight years I've seen it evolve from early ideas, through the concept phase, and now into actually using MSaaS in exercises. So that's definitely one of the exciting efforts of the global simulation community. Company-wise we are thrilled to work with the German Air Force, evaluating the use of blockchain technologies for secure data sharing, ultimately enabling more rapid mission planning and execution."

In the simulation community currently, there's a major drive to bring in fresh new young talent. The challenge is in attracting that talent to this niche area of technology. Robert describes it not as one challenge but as a lot of smaller challenges, such as the fact that some people simply don't want to work with the defence sector.

He says, "We need to ensure that we are reaching out to universities to make sure that we have access to the knowledge, skills and ideas of young talent. Then there are the barriers to overcome, such as the timelines and conditions of most defence projects that often don't really fit well with individual plans and ideas. We try to attract new talent through young scientists awards and targeted events and introduce them into the field but it's a long term task and there's not an easy solution." 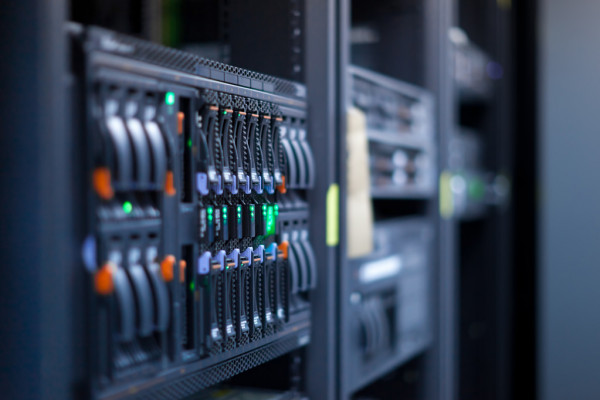 Want to know more about the specialist rack solutions that power the software used by many of our simulation partners?

Of course, while there have been a lot of challenges, the defence simulation space has also seen a great deal of growth in the last few years. With the COVID-19 pandemic bringing traditional training to a standstill almost overnight, the demand for simulation training has increased exponentially in the last 12 months. But all the growth in the world is worth nothing without a good community to back it up.

In the simulation industry, Robert believes that the international community has been consistently outstanding in the 15 years he's been a part of it.

Robert explains, "Somebody can be your partner on one project and your competitor on the next - so it's always exciting and yet there's a great feeling of everyone working together for the same goal: providing the best possible training to our soldiers. We might sometimes feel a little bit frustrated when there is little progress but there's a great variety of ideas and topics and a lot of new technology and new challenges to face. So it's very diverse and interesting."

Being the renaissance man that he is, Robert feels like he has to put on a bevvy of different hats to discuss his various roles. But he enthuses that whatever hat he's wearing, the sense of international collaboration is always present and is always expanding.

"At NATO, there's a tendency towards an alignment between all the NATO nations in terms of moving forward together and aligning ideas upfront. International collaboration is definitely expanding and I think that's a really good sign. I mean, we're working with so many different nations with multinational project teams and end-users from multiple nations. So I think this multinational approach is very important. You need to have partners and collaborators in different areas. And you need to know how to have fun together too."

Of course, we couldn't let Robert go without probing a little deeper into what he's currently working on. Thankfully, it transpires that his latest project ties in neatly with what we've already discussed regarding the spirit of the international community and collaboration within the simulation space.

"One of the more exciting projects we're currently working on, and we're making really good progress with, is distributed synthetic training," Robert explains. "This means making sure we can link up national training systems so that we can train together across countries."

As a concept, this makes a great deal of sense. How, after all, could pilots or soldiers from different countries who have never met magically be able to work together on a mission if they haven't followed the same standards and policies or experienced the same things?

Robert continues, saying, "Right now, it takes us somewhere between 12 and 18 months to link up systems from different nations and the intent is to bring this down to two days. That's something that we're really pushing forward with a lot of support from senior stakeholders at NATO and trying to establish this as an additional training capability for all NATO nations."

It's all very exciting stuff and it's all being powered by our industry-leading Novatech workstations.

If you'd like to inquire about how our powerful workstations could help bring your projects to life, get in touch today, or fill out the form below.