When it comes to the world of animation, there are few names besides perhaps Disney and Pixar that speak as loudly as Aardman. As rare bastions of the animated arts, you know that anyone associated with the Academy Award-winning animation studio has to have something rather special about them. That much is certainly true of the man who also goes by the name Jam Factory; a pseudonym he's now been using for 20 years.

Gavin Strange is a passionate and endlessly creative individual with his jammy fingers in many pies. By day he might be a director and designer for Aardman, but by night he's everything from an accomplished keynote speaker and author, to an actor, filmmaker and toy designer.

We spoke to Gavin some time ago and, given what an interesting year it's been for everyone (to put it politely), we wanted to catch up with him and see how the last 12 months have affected such a uniquely creative mind.

Gavin has an incredible drive and commitment to his day job, yet has still managed to carve time out for his own creative projects during the pandemic. But perhaps the biggest change in his life recently is the arrival of a new baby. Has working from home helped him find a better balance between family and work? Let's ask the man himself.

It's been a full year now since everyone from Aardman started working from home. In fact, we caught up with Gavin after he'd just got back from a socially-distanced catch-up with an Aardman writer, and was buzzing from the encounter. Because, while working from home certainly has its benefits, there's no substitute for bouncing ideas off another creative mind in a shared space.

He adds: "There are three floors to Aardman and our little studio is situated right at the top where you get some truly beautiful views of Bristol. So I do miss that terribly, but that's speaking with a year of hindsight. In the first six months of lockdown, there was a sort of giddy excitement and because I have my amazing machines from Novatech in my home space, alongside all my musical equipment, I have everything I need here. But after your 1000th Zoom call, that excitement starts to wear off a little and there's this serendipity and camaraderie that you really start to miss."

He does, however, relent that Aardman is still going to be working from home for a while yet. Particularly with the arrival of his new baby daughter, which means he's less keen on taking chances now than he was 12 months ago.

But he's quite pragmatic about it all. Indeed, while he believes that there is no normal after this, just something different, Gavin says that, "Different is good, different is great. And to be honest, if people are cleaner, and wash their hands more just wicked, what's the harm in that?"

All of Gavin's Aardman projects have had to adapt to the 'new normal' thanks to COVID. For example, one project he's currently knee-deep in involves a company based in Asia, so ordinarily there would be a lot of travel involved.

"The project is a very ambitious immersive, interactive experience. So it's sort of a video game meets a narrative episode meets an art installation. Quite a lot to get your head around. But recently I've discovered that, if you're in the same space, there's more of a chance for spontaneity. That natural dialogue is something that Zoom removes a bit." It's very much a project, however, that needs conversation and collaboration back-and-forth, so might not end up coming to fruition until next year.

Generally speaking, there's a bit of a disconnect between his directing and designing roles. The latter is, by nature, more of a solitary task, whereas the former is all about the human element and collaboration, something he can't wait to get back to.

He explains: "Even if no one cares, I care. I'm very proud that I've been doing this nonsense for what is quite a long time to me. So I want to make a book that celebrates Jam Factory in an unashamedly sentimental way."

We've only scratched the surface as far as Gavin's upcoming projects are concerned. We'll let the man himself take you through his 2021: "A friend of mine is a sculptor and we're working digitally on a big character design that he's going to turn into a massive physical sculpture which is really exciting. I've always wanted to make big physical stuff. And I've got another vinyl toy collaboration with a design studio in Scotland as well."

At Aardman, Gavin operates as both designer and director and this dual role is something he relishes and feels he was only able to attain because he was directing films in his own time as Jam Factory. Aardman projects can often span multiple years, so there is also freedom and creative satisfaction that he finds in making stuff quicker in his own time.

That's why he tries to pick the things that are fun, fluid and flexible. He adds: "If I set myself a rigid schedule, I will only be disappointed and frustrated when it doesn't work out the way I want it to."

He also feels lucky that he has such a supportive partner in his wife, a fellow creative, and stresses how important it is to have that support network in your life as a creative individual: "Having a support network, whether it's a partner or a family member or flatmate, is really helpful, especially in times like this."

As for whether or not Gavin found it difficult having to consolidate his work and home life, he actually found it all quite easy because he just loves what he does that much. He explains: "Some people are really bothered by the amount of time they spend looking at screens but it's honestly never bothered me. I love pixels and I love colour, so I've never felt that burnout."

The arrival of his second child, however, has definitely had an impact on his side hustle. Whereas he used to spend his evenings up in the studio crafting away between the hours of 9 and 12 on personal projects, juggling two kids and a day job has meant he's had to reach a compromise and swap his late nights for early mornings.

Gavin explains: "I thought if I want to do stuff for myself then I've got to get up before everyone else. I don't feel like I'm being a martyr or anything. I'm a bit tired, of course, but the drive and desire to make stuff myself far outweighs the tiredness. In fact, even though I only get a couple of hours in the morning, I end up being more focused. The night before, I think about what I want to do the second I get up and then I'm ready to go first thing after the quietest alarm in the world goes off."

Has Gavin's enthusiasm got you thinking about how you could upgrade your own creative rig?

One of the things Gavin has missed most profoundly is the talks he has become famous for. He's been fortunate enough in his career to travel to hundreds of different places around the world talking about the things that truly inspire him. That's why he fell so heavily into live streaming over Twitch, which is something his "beast of a Novatech machine" helped with a lot.

Right now though, he only has that 90-minute window first thing in the morning to do these jobs for himself and that means focusing on one project at a time. He's also incredibly interested in writing and recording music but hasn't been able to find the time for it in months.

The live streams are his way of experimenting with little bits of everything that excites him. He explains: "On my streams, halfway through I will often have a stupid musical interlude where I play around with a teenage engineering OP-Z, making music in real-time."

He hopes that he's able to maintain that spark of spontaneous creative energy because it's something he wants his kids to see too. "As we go through the pandemic and as I go through being a father of two, how can I continue being creative? Because I want my kids to see that as well. I love my son coming up here and getting excited over what I'm doing." And because Gavin just so happens to be working on Shaun the Sheep at the moment, I doubt it takes much encouragement to get his four-year-old son interested.

With 20 years to look back on in his work as Jam Factory, Gavin certainly has a lot to reflect on. But he is not above admitting that a lot of the early stuff from his archive was "pretty embarrassing" and even goes as far as to say he's proud that he was naive enough to not know that work was "crap"! As he says himself: "If you over analyse yourself you won't get any forward momentum. You have to have that blinkered naivety to just get on with it and learn by doing."

For 20 years, Gavin has had a day job that excites, inspires and challenges him every day and that enthusiasm means he doesn't want to switch off at the end of the working day - he wants to do it even more in his own time. That then makes him excited to get back to work every day.

He says: "It's this cycle that I'm very fortunate to have landed in and it has had great consequences. I've got this dream job that I bloody love. I grew up loving Aardman and it really feels like home to me because I want to make stuff that has warmth and charm and is silly and funny and honest." 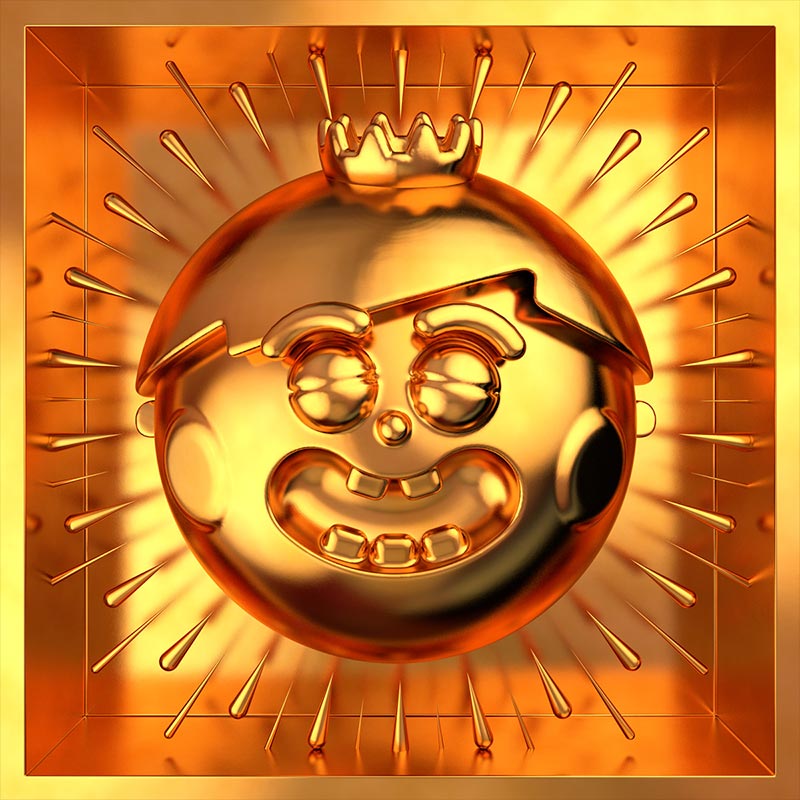 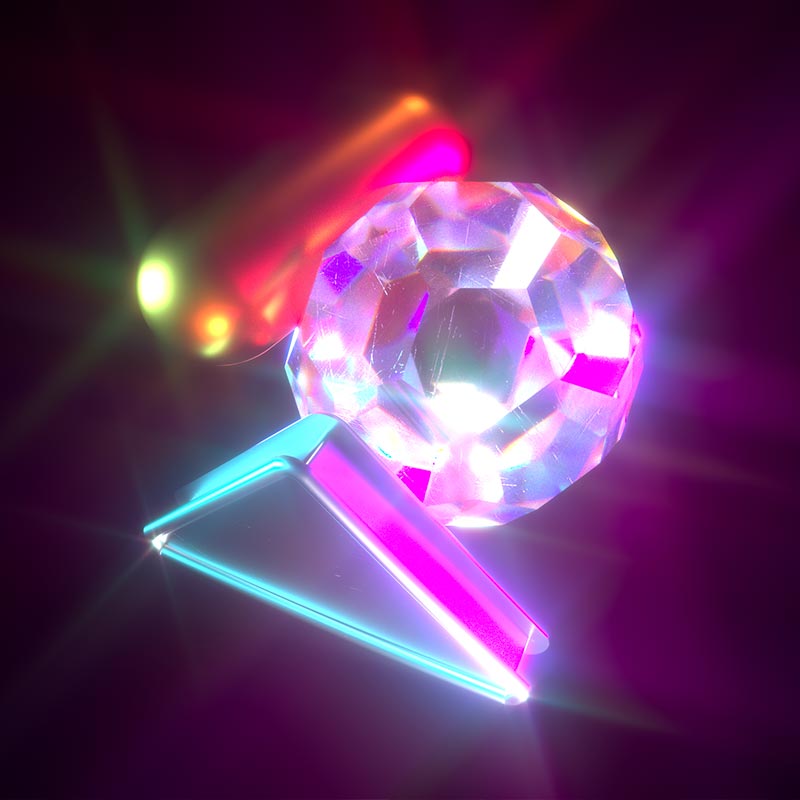 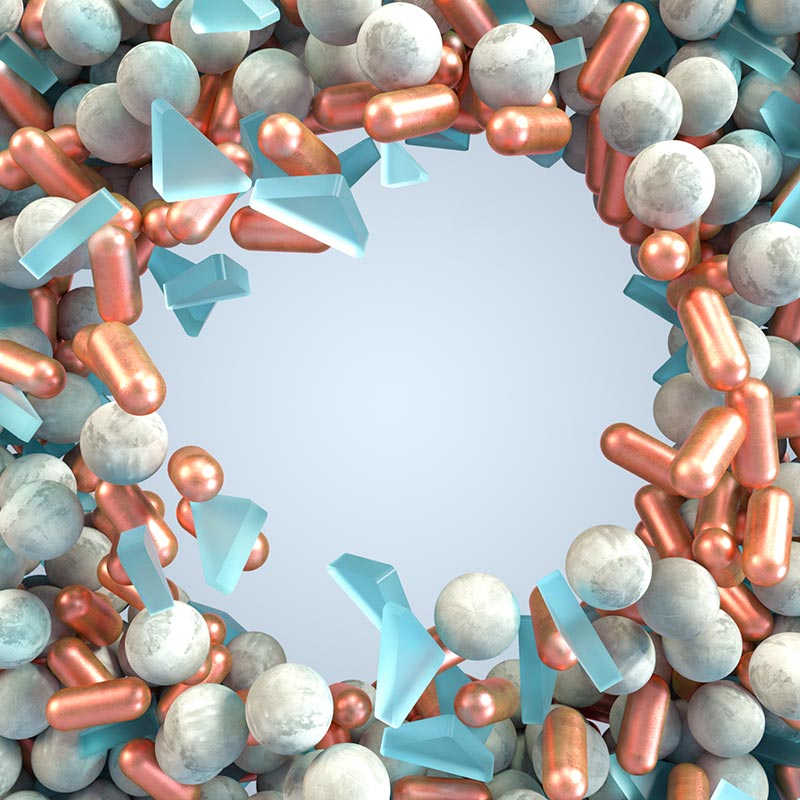 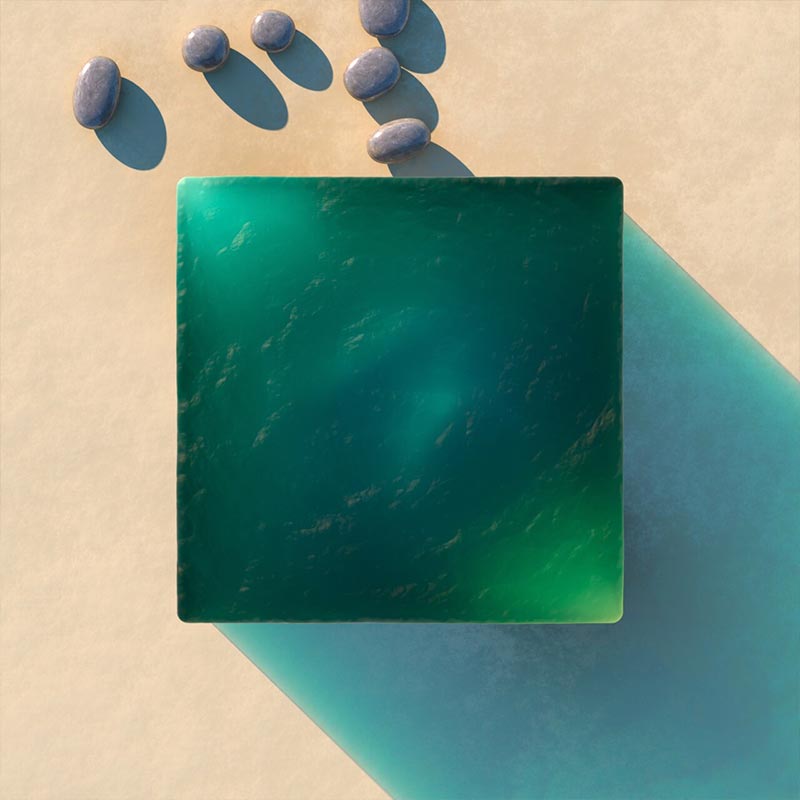 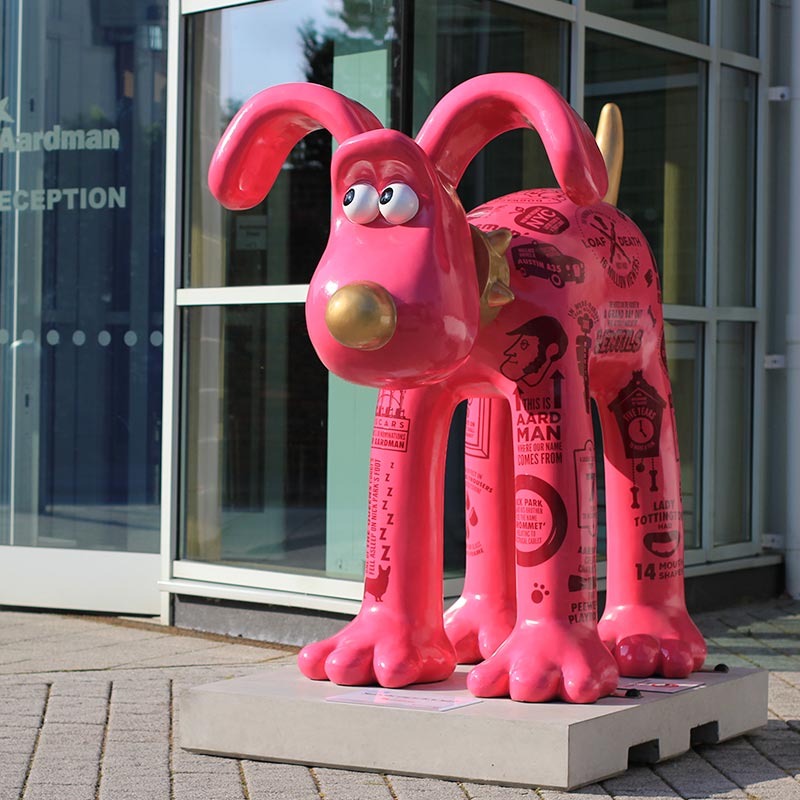 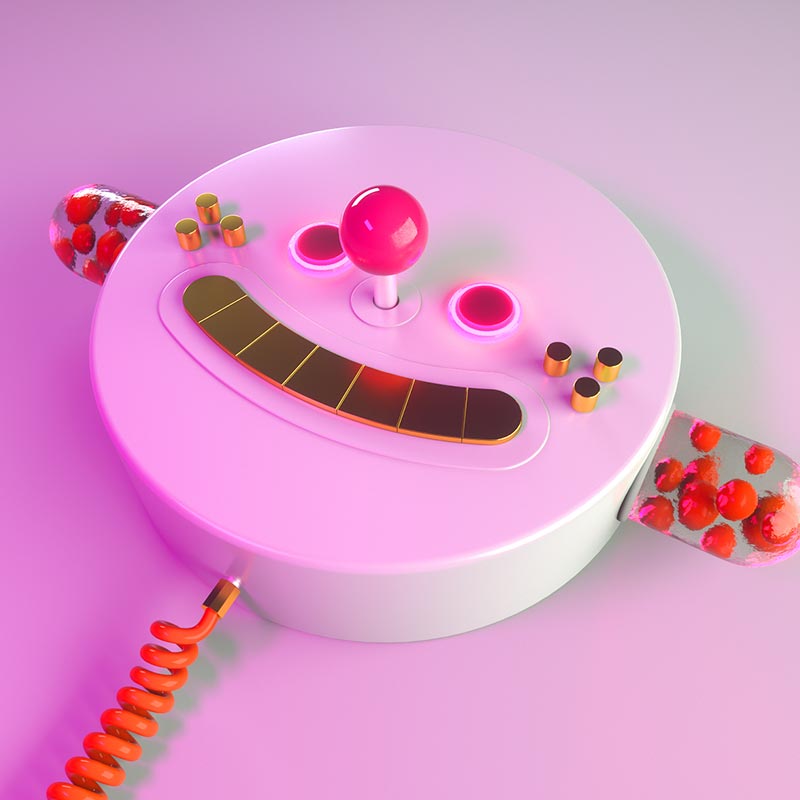 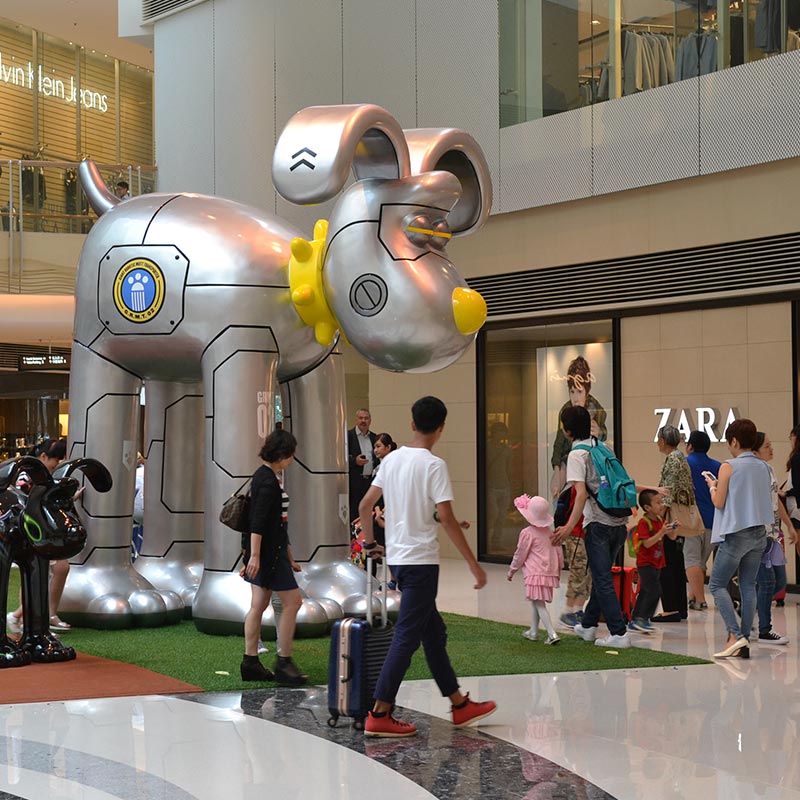 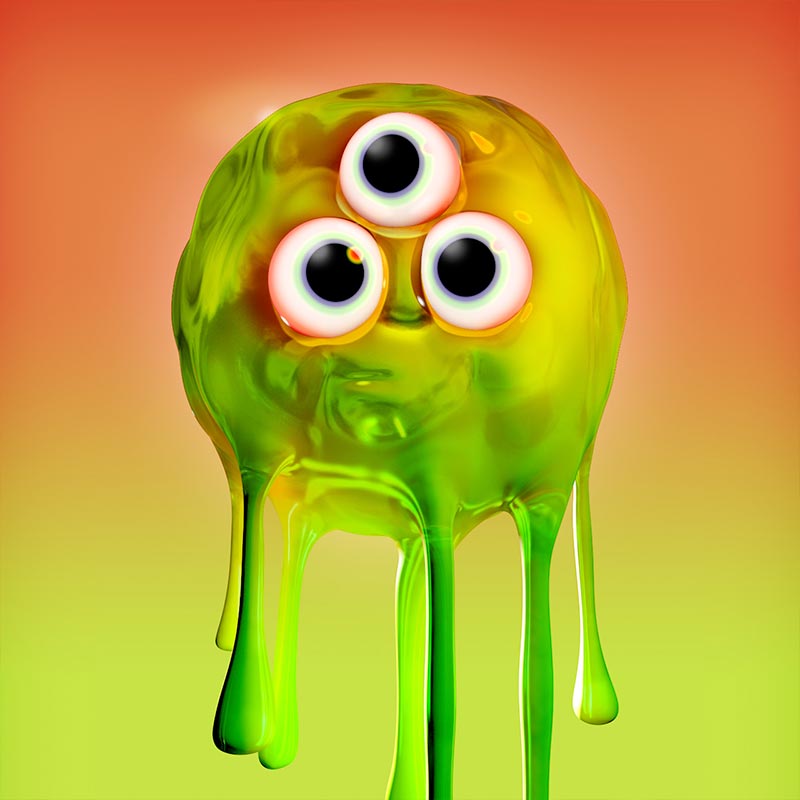 It's been a funny old 12 months for most of us. For Gavin, however, it's been all systems go, with a second child, dozens of bold personal projects and even an Oscar nomination for the "Shaun the Sheep: Farmageddon" movie he worked on.

So, how does Gavin view the last 12 months in a nutshell? It's all about perspective. You're at home. So what can you do to make the most of being at home? There's so much negativity and darkness in the world right now and so much we can't control, so Gavin is all for focusing on what he can do. "I'm trying to just do everything I can to try and focus on what I can control," he beams, "which is my family, my work, my happiness and all of the things that I want to create.

Because if you're as relentlessly creative as Gavin, if you really want to create something, neither parenthood nor pandemic is going to stand in your way. It makes you think we could probably do with a few more Gavins in the world right now.

If you're interested in the hardware Gavin uses to design and direct from his own home, contact Novatech today.