Insomnia Gaming Festival started as a local meet up in a church hall where gaming enthusiasts took their own gaming consoles and battled against each other.

Now, 20 Years later and organisers book the Birmingham NEC annually to host up to 50,000 dedicated gamers, coming close to the infamous E3 event. Insomnia Gaming Festival unites avid gamers for a weekend of gaming fun and interactivity all under one roof. Gamers, their really is something for everyone whether you are interested in playing retro games or want an exclusive look at new upcoming games, Insomnia is the place for you.

Last month gamers from around the world gathered at Insomnia 65 Gaming Festival to battle it out against each other in virtual worlds.

Amongst those gamers were members from the Royal Air Force and British Army, there to raise the profile of gaming as a sport as well as informing civilian gamers their skills might be transferable to a career with the forces.

This years Insomnia Gaming Festival was bigger and better than any previous years, this year the RAF stand had a 2x 2-DoF motion system as being equipped with an innovative 3-Dof Simulator. 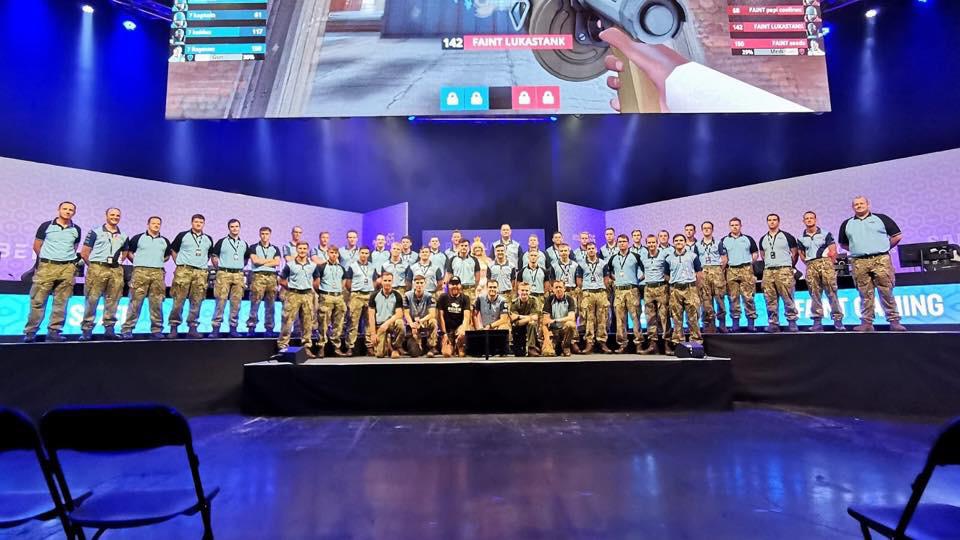 Not only this but here at Novatech we also provided all the technology and equipment on the RAF's stand to run multiple flight sim rigs, giving gamers the chance to experience digital battlefields within DCS world, whilst picking up some tips from real Royal Air Force pilots.

Novatech have attended a few Insomnia Festivals recently (i61 and i62) where the full motion simulators acted as a conversation starter with the RAF who were also attending and from there a working relationship has developed and lead to further opportunities including plans for i66 and i67 in 2020!

We also provided all of the Gaming PCs and accessories for the RAF E-Sports team, who camped out in the BYOC (Bring Your Own Computer)  area for the whole duration of the gaming festival.

Over on our stand during the four day event we showcased our new Gaming PC range - Reign.

Reign is a premium gaming solution built for purpose and to deliver quality performance; the concept behind Reign is to take the guesswork out of buying a great gaming PC. All four of the Reign PC’s are built using the latest high quality ‘gaming-grade’ components where we guarantee smooth and responsive gameplay all round. During the gaming festival gamers were able to watch demos of the Reign PC’s being used as well as try them out themselves.

Within our Reign gaming range we offer four state of the art Gaming PC’s: Viper, Sentry, Paladin and Lux all of which have the following key features:

The future of Insomnia

Insomnia Gaming Festival takes place twice a year on both the april and august bank holiday weekends with the next one being held between the 10th and 13th April 2020 - we hope to see you there!

We spoke to SISO’s Damon Curry about creating standards for training and simulation.

Windows 11, TPM and Secure Boot: The security trifecta of the future

Though there won't be any significant changes from Windows 10 to 11, the most notable difference comes in the form of TPM 2.0 & Secure Boot. But what are they? And why does Microsoft want them enabled?

We caught up with PNY's David Flood to discuss how the 4th industrial revolution GPU refreshes and other major tech developments are powering incredible and exciting transformation in the media and entertainment industry.