The Steam Summer Sale is here and everyone is busy snapping up some bodacious deals right now, here's a recap of what our staff here at Novatech have been buying so far!

The shattered remains of the mother planet Gaia float in stark contrast against the sky on nearby satellite planet, Archos, serving as inescapable evidence of the dark forces surrounding the world. As a lone explorer in the wilderness, you must learn to understand the terrain, natural resources, as well as how to domesticate the local creatures and build a home. You will need to harness and control the magical energy that courses through the planet, or you risk being consumed by the looming darkness that permeates throughout the planet. 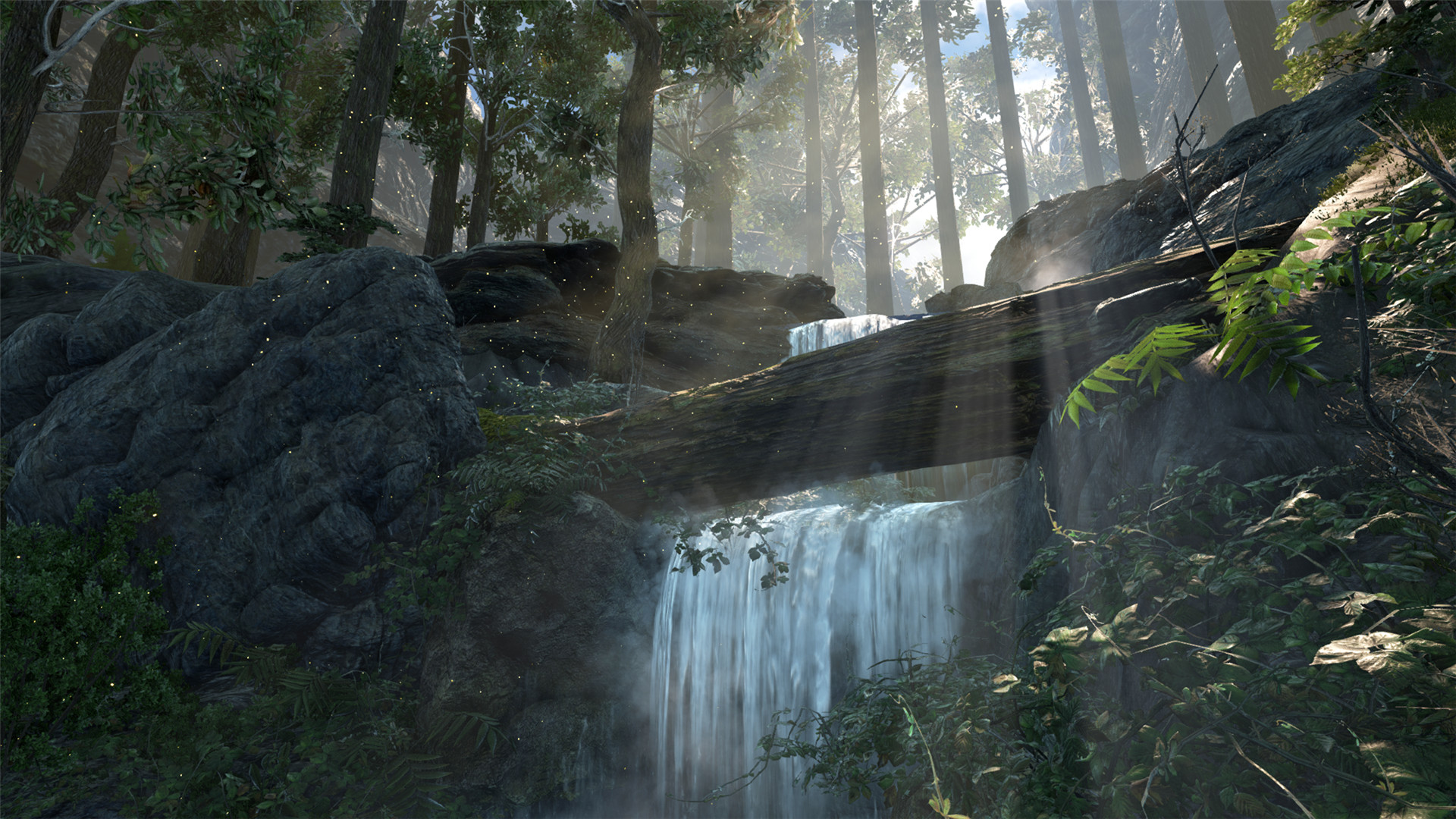 The complete bundle comes with all 16 items including the main game and all of the DLC with a whopping saving of 92%, yikes!

Become Ruler of the World by establishing and leading a civilization from the dawn of man into the space age: Wage war, conduct diplomacy, discover new technologies, go head-to-head with some of history’s greatest leaders and build the most powerful empire the world has ever known. 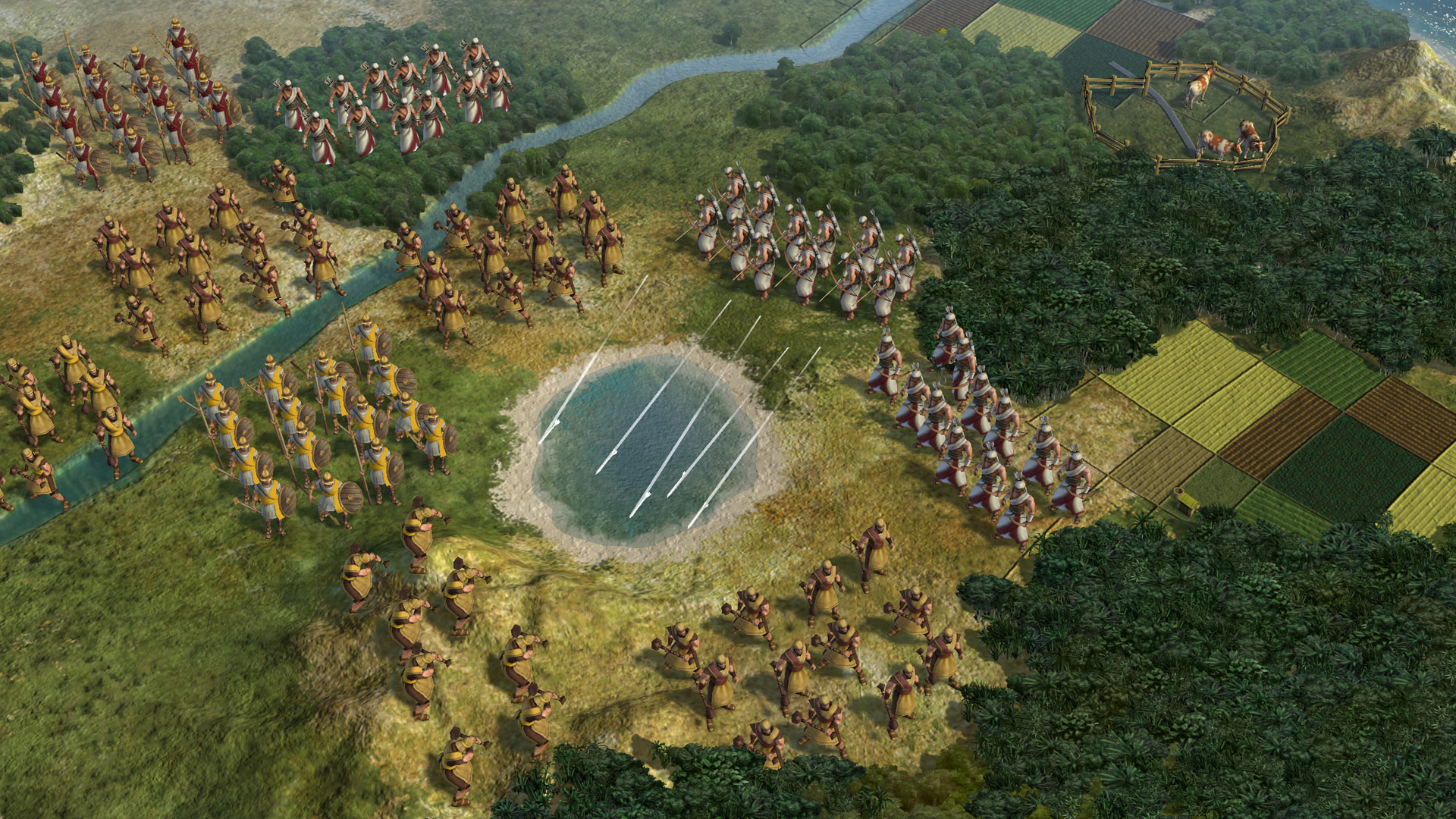 Out of the Park Baseball 19, the latest edition of the world's best-rated sports strategy game franchise, is a baseball fan's dream come true. The game is officially licensed by MLB, MiLB and the MLBPA!

Step into the shoes of a GM and/or manager to own the future or rewrite the past of your favorite real-world baseball franchise. Build the team the way you want. Start a new career with your favorite 2018 MLB team or go back through almost 150 years of baseball history and run any team from the past! You can even set up your own fictional baseball universe or compete in online leagues against other OOTP players. Make your move!

The brand new 2018 MLB roster set will include all projected Opening Day MLB rosters as well as the complete minor league system down to the rookie leagues and even future draft classes. On top of this, 8 international leagues (Japan, South Korea, Taiwan, Australia, Italy, The Netherlands, Mexico and Cuba) and several international and US independent leagues return to OOTP 19 with accurate and projected 2018 rosters. 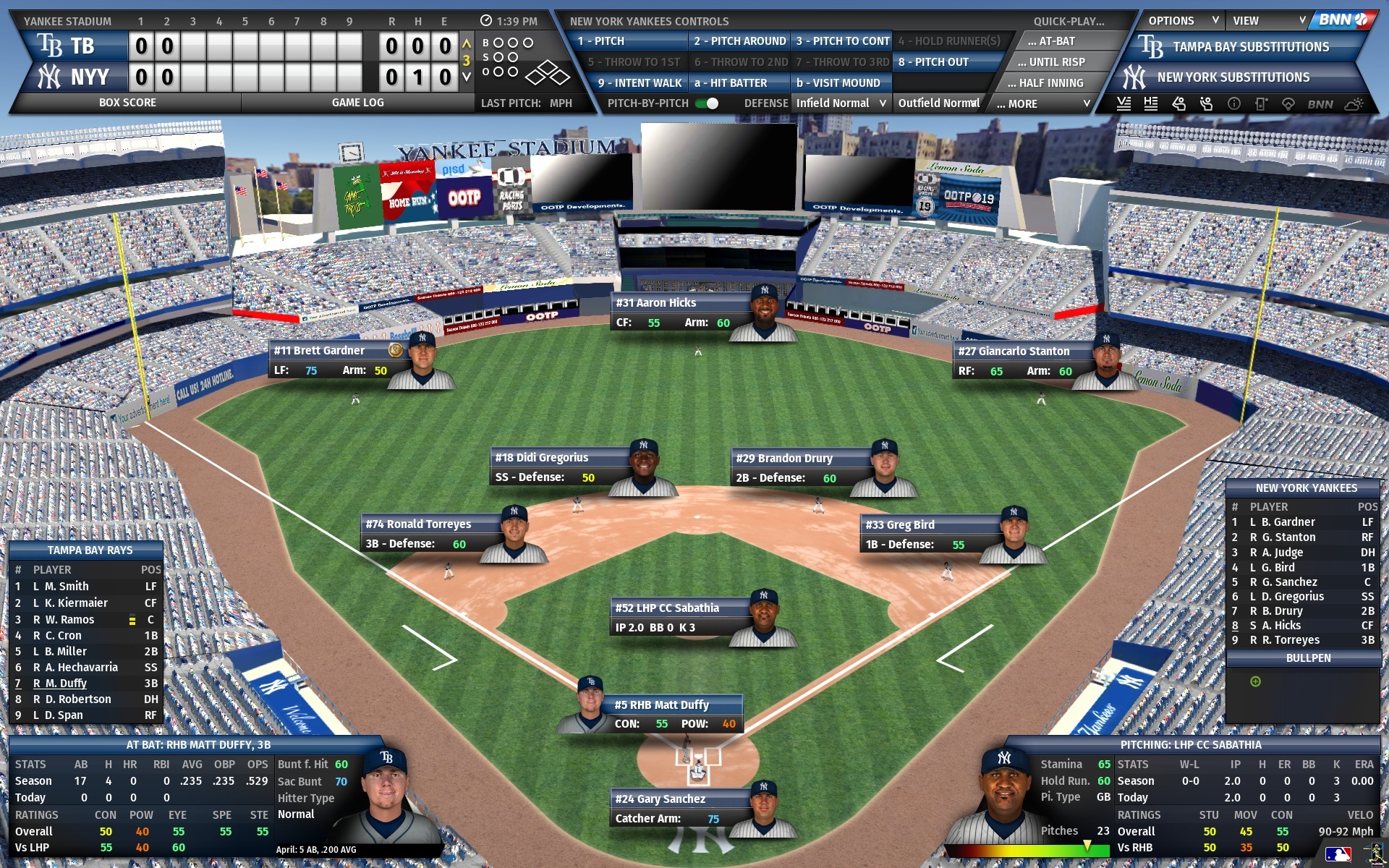 An oldie and a classic, CS:GO is a staple for many Steam Libraries but for those who dont yet have it, getting it for just over a fiver is a cracking deal to get hours of fun (or frustration) online. 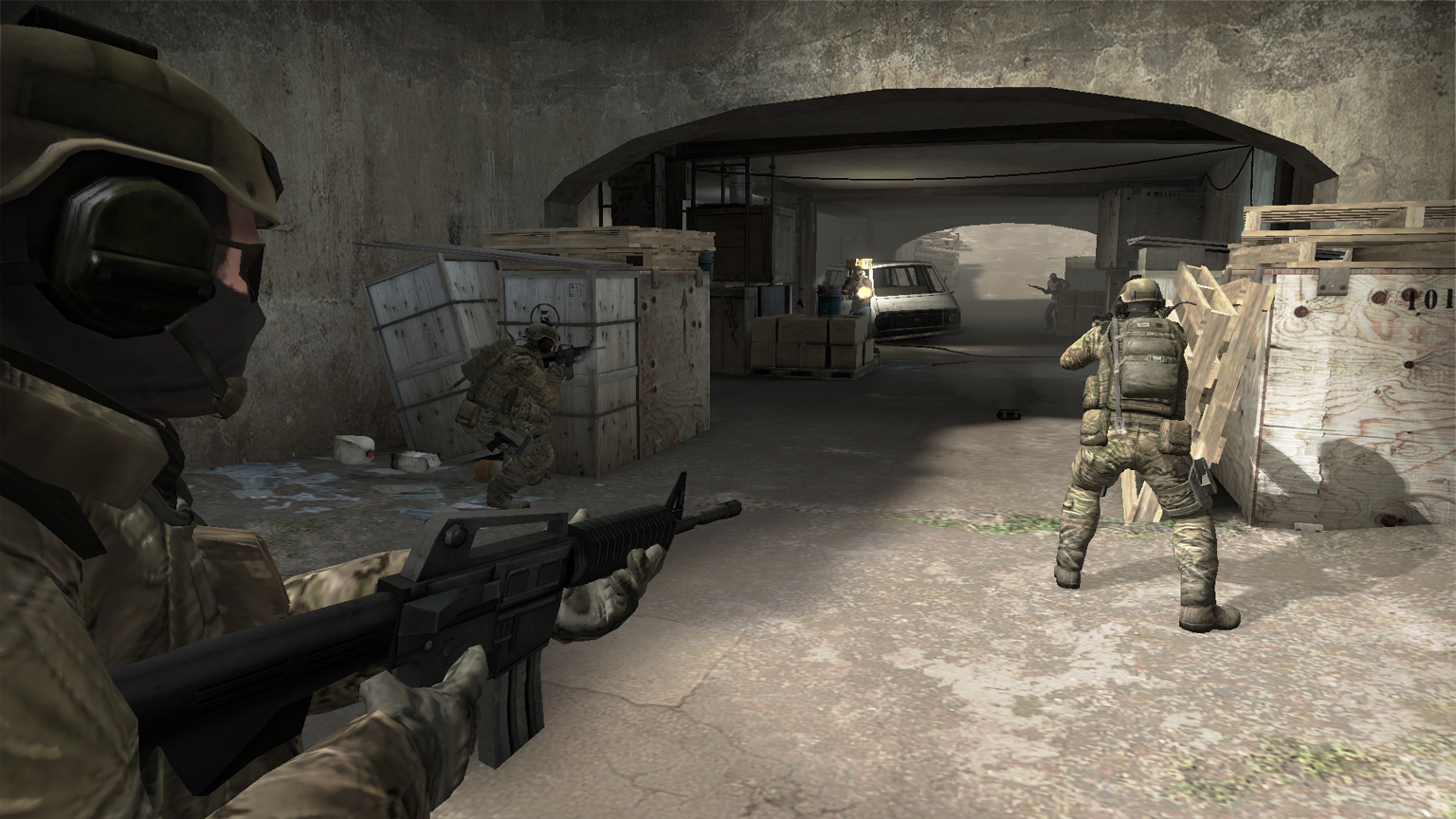 Counter-Strike: Global Offensive (CS: GO) will expand upon the team-based action gameplay that it pioneered when it was launched 14 years ago.

"Counter-Strike took the gaming industry by surprise when the unlikely MOD became the most played online PC action game in the world almost immediately after its release in August 1999," said Doug Lombardi at Valve. "For the past 12 years, it has continued to be one of the most-played games in the world, headline competitive gaming tournaments and selling over 25 million units worldwide across the franchise. CS: GO promises to expand on CS' award-winning gameplay and deliver it to gamers on the PC as well as the next gen consoles and the Mac."

Literally, £2.99 is such a good deal for this classic game isn't it. It's up there with games like Heroes of Might and Magic and Command and Conquer for me. All re-done in new HD glory. Yes please!

Demolish your friends with hundreds of upgradable weapons shot from your customizable tank in this action-packed online multiplayer tanks game. Earn XP to level up and unlock new tanks, weapons, and gear. Fight against or alongside your friends for strategic team or free-for-all matches.

Fight Alongside your Friends (Or blow them up... we won't judge!) 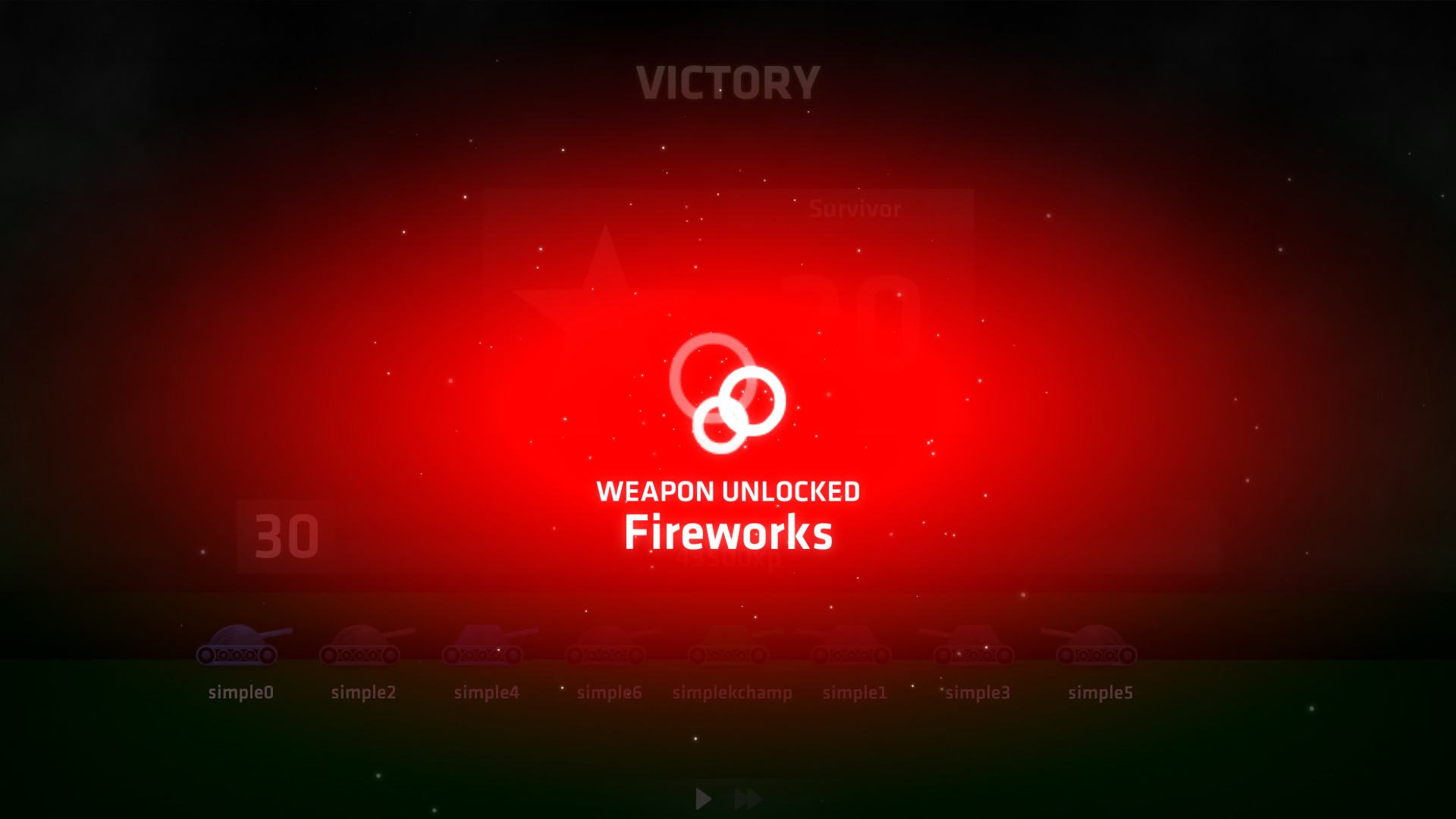 You didn't think we'd get through this post without bringing up a Tom Clancy game would you, it was bound to come up at some point. A saving of 67% on the standard edition, only £16.49 for this 2017 release is a great deal to be had and the Deluxe and Gold editions are also reduced in the sale by 67% also.

Create a team with up to 3 friends in Tom Clancy’s Ghost Recon® Wildlands and enjoy the ultimate military shooter experience set in a massive, dangerous, and responsive open world. You can also play PVP in 4v4 class-based, tactical fights: Ghost War.

TAKE DOWN THE CARTEL
In a near future, Bolivia has fallen into the hands of Santa Blanca, a merciless drug cartel who spread injustice and violence. Their objective: to create the biggest Narco-State in history.

BECOME A GHOST
Create and fully customize your Ghost, weapons, and gear. Enjoy a total freedom of playstyle. Lead your team and take down the cartel, either solo or with up to three friends.

The first of our VR Purchases, one of our Virtual Reality junkies here purchased this cracking bundle

• Sairento VR allows players to take on the mantle of a highly-skilled cyber ninja with loads of cool moves and weapons not seen in other VR games.

• A-Tech Cybernetic VR puts players in the shoes of a psychic user with no memories but armed with super powers set to take on a biomedical company overrun by hordes of mutants.

Both games enjoy very positive ratings and are among the most high rated VR games on Steam, offering relentless and immersive action. Gamers who love combat and shooter games will find joy in this bundle and at a great price too!

Check it out here > https://store.steampowered.com/bundle/7276/VR_Cybernetic_Slayer_Bundle/

Well that covers what we've been buying so far, so.... what have you bought?