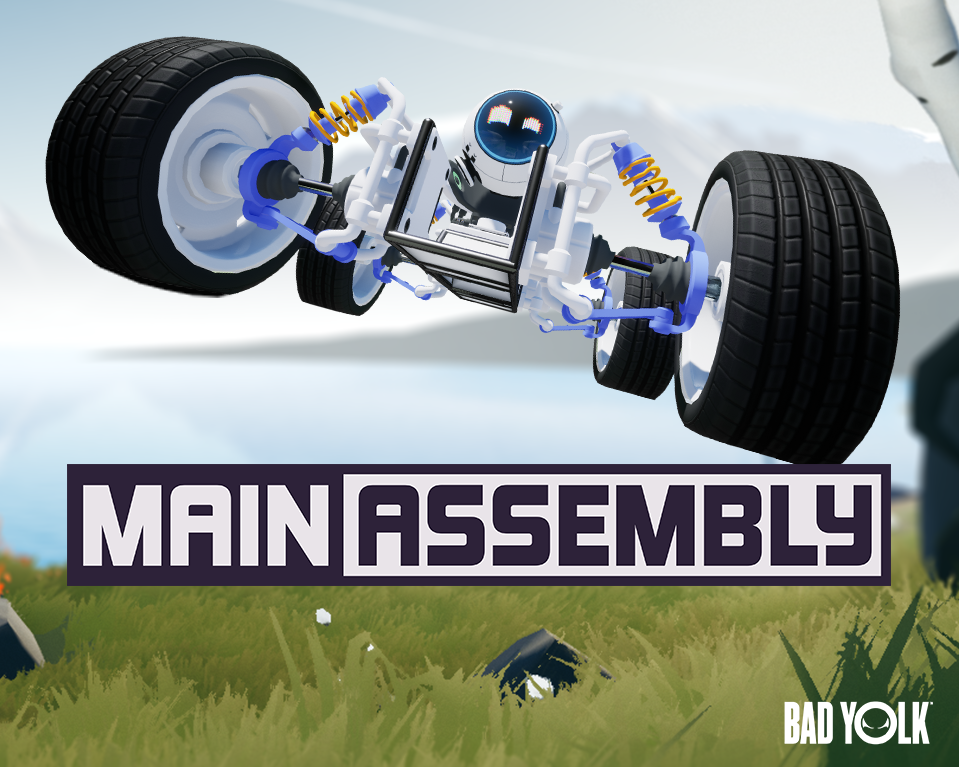 Like many companies, here at Novatech our employees have been working from home for the last month or so, with all the challenges that brings - including keeping the kids happy and willing to learn...

As we're sure many parents can appreciate at the moment, without being able to dedicate your full attention to your little loved ones, keeping them interested in learning can be a bit of a challenge at times.

It got us thinking about whether there were ways to help keep the kiddies learning, whilst also holding their interest with something fun, exciting and creative that they can engage with guidance-free. And thanks to the games reccomended specifications you're able to run it on a lower end PC such as our Core Gaming PCs.

Of course, by and large, video games to play on your Gaming PC at home, tend to be recreational mediums, more than educational. But that isn't always the case. There's actually plenty of free browser games that have been around for a while, as an online means of making learning fun for kids studying at home, but they often get old quickly and especially so for those that aren't on the lower end of the age bracket. It's also partly due to the nature of browser-based games, which can lack the depth and scope of games built in dedicated engines for play outside of a browser. But games like Main Assembly could prove to be a great solution, and for kids of all ages. 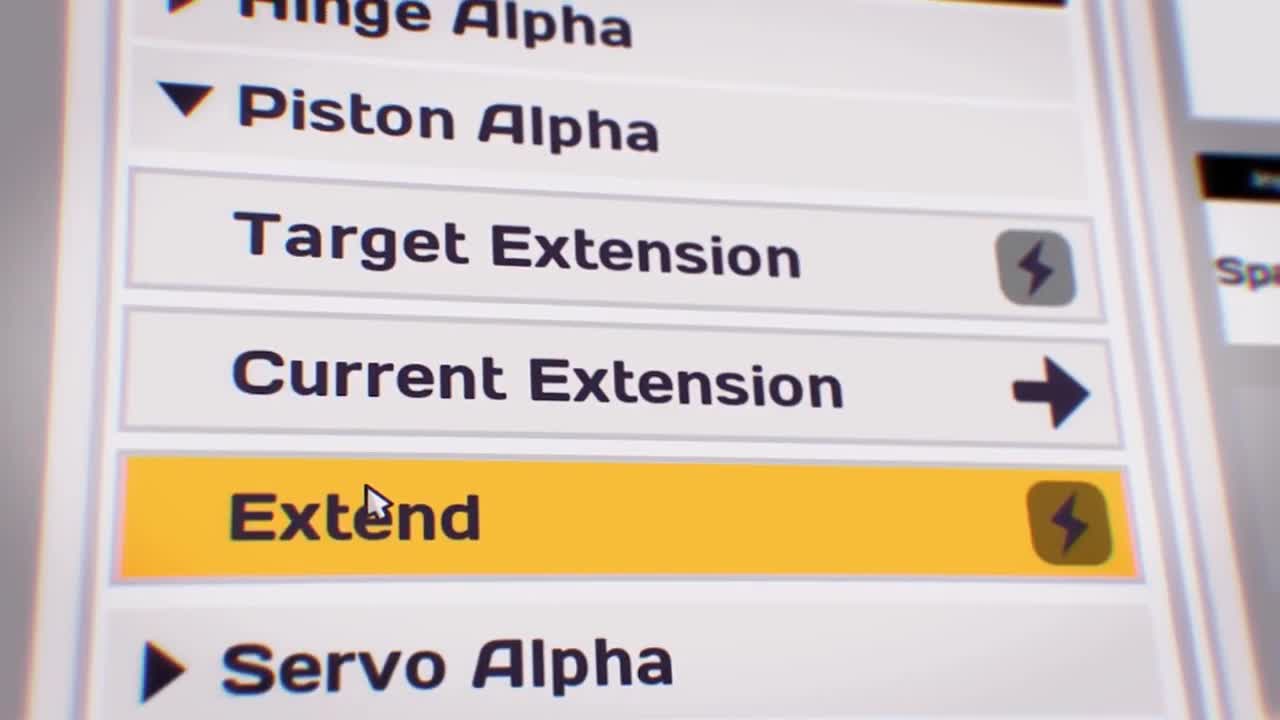 The game drew us in with its intuitive system for design and programming, and got us thinking about the implications tools like these could have in the education sector, especially when it comes to some of the key learning outcomes that we can see in the national curriculum for primary education, such as in Computer Science Key Stage 2:

Design, write and debug programs that accomplish specific goals, including controlling or simulating physical systems; solve problems by decomposing them into smaller parts

Use sequence, selection, and repetition in programs; work with variables and various forms of input and output

As such, we decided to get in touch with Joel Jonsson, CEO and Creative Director at Bad Yolk Games, to ask him some questions about their new title.

So, what exactly is Main Assembly?

Main Assembly is a free-form building game where you create robots using revolutionary building tools and control them through a powerful visual programming system.

In the game, you solve challenges by building different types of robots but you can also let your creativity run wild in our sandbox levels and make almost anything you want.

In Main Assembly we have activities scattered all over our single player and multiplayer levels, so you can build and explore alone or with your friends. What makes creating even more fun is the advanced in-game physics like aerodynamics and robot destruction!

Sure as Joel puts it here, the game really is a lot of fun and is super easy to pick up. A full tutorial walks you through all you need to know to get a basic little robot up and running. Designing your robot's chassis or frame is intuitive and easy to get to grips with, allowing users to simply click and drag to create new panels, framework, or whatever they might need. And with a handy and familiar undo-redo function, you can take as long as you need to get the design right with minimal hassle. 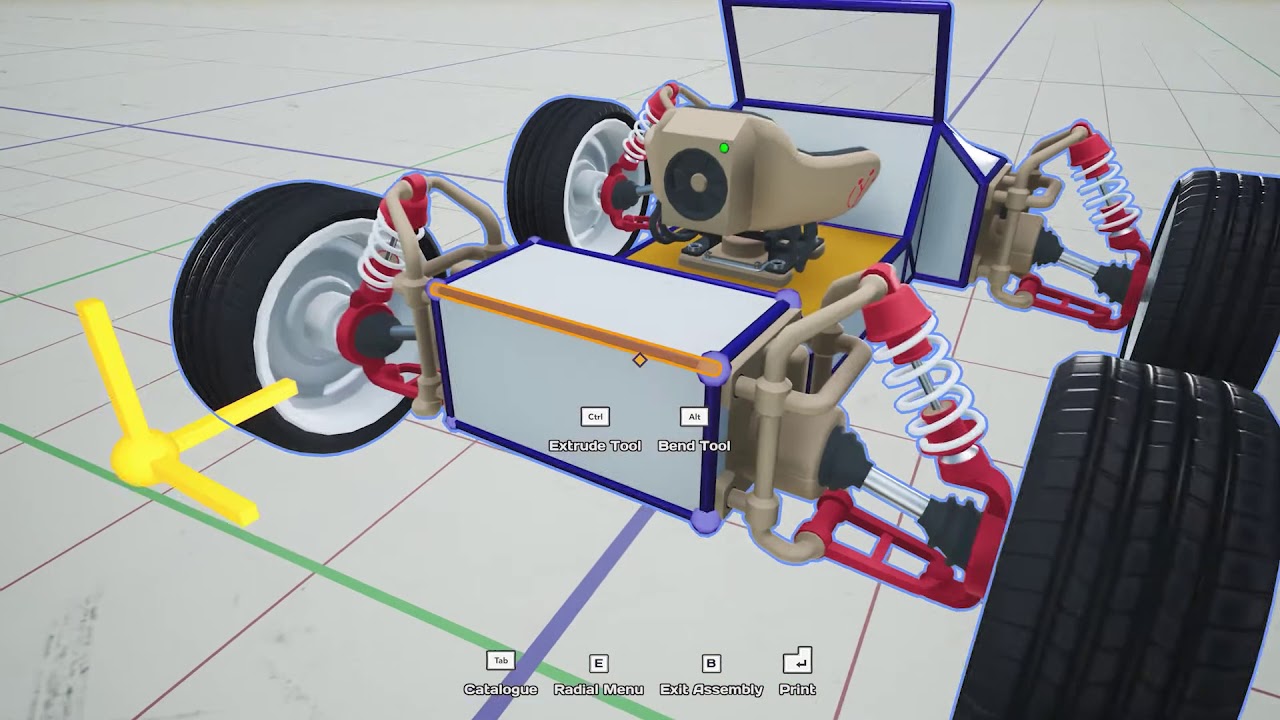 The tutorial also introduces many of the features available in the visual programming interface which is just as straightforward (think similarly too Scratch's visual programming system) - with fully customisable robot logic and various possible functions and commands, conveniently listed on the left of the screen in neat little categories, you can drag and drop whatever you need to make your robot drive, turn, lift or even fly!

Think of it like a much more advanced and digitalised Roomba which you get to design yourself, but it's just as simple to programme and play around with.

Following the tutorial, there are various challenges presented to players, putting them to the test as they use what they've learnt to build small, speedy cars or even a functioning forklift. And all with just a few clicks and key presses.

What's more, if you complete all of the scenarios, then players can challenge themselves in the sandbox mode, to build whatever they can fathom up! Seems pretty awesome to us!

Who is it aimed at then? What kind of things can it teach? At what level?

Well, as mentioned above, we're pretty sure this would be a great fit for those in their primary school, or even early secondary school years, but Joel puts it best, saying:

Anyone that loves building things, especially robots that solve challenges!

Fun and innovation have always been the main driving force behind the game, but we have always discussed how the game could teach people about programming and engineering. By focusing on one creation we can allow players to create much more complex robots than what would otherwise be possible.

Of course, it's impossible with today's technology to have it be completely accurate. Real-time physics engines sometimes have their moments when everything goes horribly wrong.

That said, we try to push it as far as possible by having realistic gravity together with the customisability on all the various parts, such as strength or speed on the pistons, motors and so on.

Ultimately, Main Assembly has both a creative and technical aspect. Through the free-form building you can create beautifully detailed creations and with the in-depth programming you can learn about engineering, programming, and problem-solving in general.

To what degree players will learn from this is something that we want to find out. We wonder what might happen if we gave the game to a bunch of engineering students, to see what their experience is with the game...

Someone from Japan created an incredibly impressive walking Mech, and it worked well. We didn't think players would have come that far in the game yet, so it's always fun to be surprised like that.

Maybe if you have an idea, it could be better to try it out in our game first, before you go out and buy a bunch of motors and start bending steel!

But why PC over console?

In many households, it isn't uncommon for kids to be more console-based when it comes to playing games, seeing as they're generally considered to be safer, as it's usually much trickier to stumble upon anything unsuitable or inappropriate online. So what's the reason for the title being PC exclusive currently? Well...

The crafting and controls are currently very optimized towards PC. Almost all games similar to ours start on PC then later get ported to consoles. It's easier to control the crafting using a mouse and keyboard. So I would say mainly controls.

But, in the scheme of things, controls and input are, theoretically, a fairly easy task to tackle in comparison to getting other areas of the game to work. As Joel put it, trying to get "everything to be more approachable by players has always been something we are going to work on [and] with a team our size there's always the difficulty of releasing on multiple platforms. It's definitely easier to make one version great and then move from there."

It's fair to say then, that the game could well be getting a port to consoles in the near future, but for now it'll just be on PC. The upside for parents though is that Steam is a great platform to use for playing games, without those associated risks that come to mind when looking at browser-based games, as mentioned previously. It's really easy to just open up Steam, click play, and then hand over control to the little one, with the safety of knowing they're engaging with the game itself, and only the game.

And of course, lastly, and most importantly, why robots?

Can't really argue with that, can you! You can check out our Entry Level Gaming PCs, otherwise known as our Core Gaming PCs here. 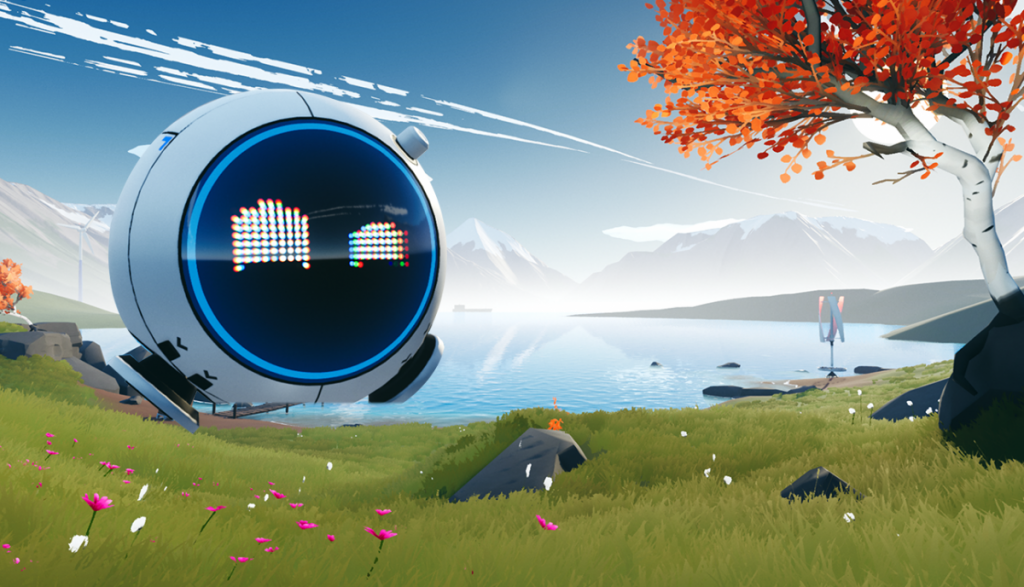