Just a game - The unreal flexibility of the Unreal Engine

For developers, choosing a game engine is one of the most fundamentally important parts of the job. Like an artist choosing whether to use paint or clay, it's a choice that will impact not only what you can achieve but how you can achieve it.

For years now, the Unreal Engine has been seen as an industry standard, and with good reason. It's a uniquely powerful tool capable of photorealistic graphics and in recent years, developers have been able to get even more to of Epic Games' tentpole technology.

From ray-tracing to real-time physics, it's capable of just about anything a typical games developer might want to throw at it and with Unreal Engine 5 now tantalising close, the possibilities have never been so enticing. But is it really just a games engine? Or is it so much more than that? 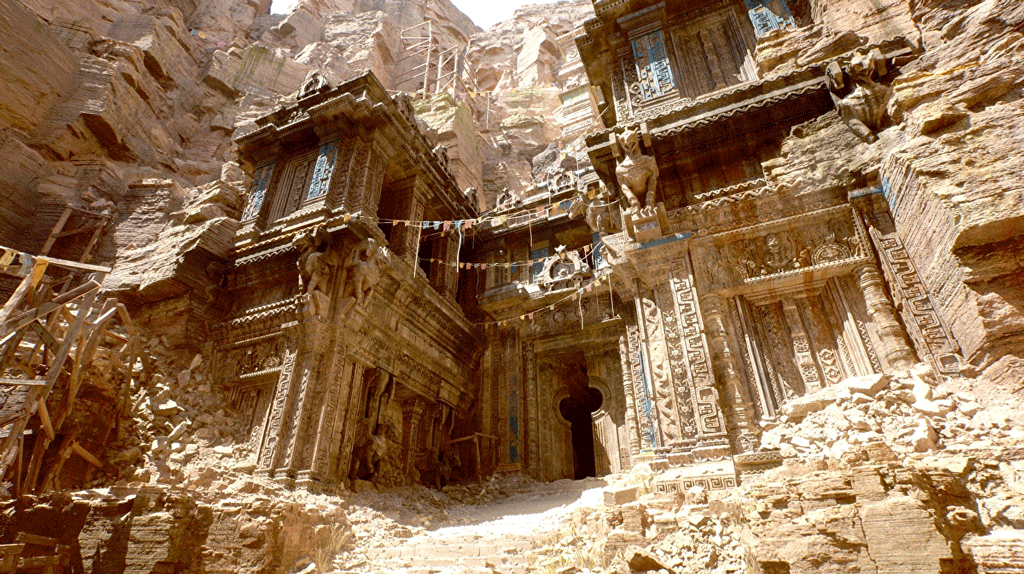 It's all fun and games

Since it debuted in 1998 to showcase the first-person shooter of the same name, the Unreal Engine has gone from strength to strength. Today, it's the preferred engine of AAA developers and indie developers alike with the Unreal Engine 4, released in 2014, underpinning everything from Epic's own Fortnite to Street Fighter 5 and Yoshi's Crafted World (seriously).

With Unreal Engine 5 poised to be 100% backwards compatible with Engine 4 games, it would appear that we'll finally start seeing what the next generation of games is capable of in 2022. But why is the engine so consistently popular with developers?

It doesn't hurt that the engine is free to use, with a royalties system that takes a percentage of game earnings rather than asking for an upfront fee. But according to Jérôme Banal, CTO of Life is Strange developer Dontnod, it's all about the flexibility.

He explains: "We have created an action-adventure game, an open-world action-RPG game, several episodic narrative adventure games and we have even more varied games in production right now, all of which use the Unreal Engine."

And while it is, indeed, probably easier to create a third-person shooter in the engine than a 2D platform, this flexibility is perhaps of more obvious interest to sectors outside of the immediate gaming bubble.

It's more than just a game

Unreal has been used widely outside of the gaming industry for a while now in sectors as diverse as architecture, product design and film. Indeed, the engine was used by Jon Favreau during the production of both The Mandalorian and the Lion King remake.

According to Epic Games strategy and business development manager Mark Collins, the engine is completely open and user-centric, meaning it has been built to do essentially whatever the user needs it to do with no restrictions. Given that the DNA of the engine is designed around creative immersive experiences and simulating virtual worlds, there are obvious implications for real-world simulations.

As Mark says himself: "There are no separate engines for different markets or industries, there is just one Unreal Engine. There are no lesser versions and everyone that downloads it gets direct access to the source code so is able to change it from within too."

What helps immeasurably with this cross-industry use is the ease of 3D asset integration offered by the engine. This allows developers to directly import assets from other software with minimal effort with seamless data conversion and optimisation.

These assets will work in any situation, whether it's a simple 3D game or an augmented reality simulation. For example, the Augmented Reality platform company Red 6 have integrated the engine into their flight training system ATARS (Airborne Tactical Augmented Reality System) which allows RAF fighter pilots to simulate threats in AR. It's just one of the thousands of examples of the engine being used to solve real-world problems and save companies thousands and even millions of pounds.

For many sectors, what's most appealing about the Unreal Engine is the pace it brings to the process of development. Rather than advances being made every other week, the speed and power of the engine allow advances to be made daily.

There's strong pipeline optimisation built into the fabric of the Unreal Engine, with thousands of automation options that allow tedious manual work to be done quickly and efficiently without any external input. There's also the option to write one piece of code for one system and apply the same process to other projects. This allows for rapid prototyping.

And this is before we even mention how Unreal Engine allows all users access to a vast library of high-quality 3D assets and can even procedurally generate intricate 3D landscapes. When it comes to areas such as military simulation, this is an incredibly powerful feature, as it allows users to generate completely fresh environments.

These environments can also be used with several plugins, such as the Georeferencing plugin, which offers the ability to associate a Coordinate Reference Systems (CRS) with a Level in Unreal Engine, working with Flat and Round Earth models.

These plugins can be found on the bespoke Unreal Engine marketplace, which is perhaps the hidden USP of the entire engine. This offers access to thousands of existing plugins and assets that can be used to kick-start a project in minutes rather than weeks. And that's true whether you're building a puzzle game or an ultra-realistic VR aerial combat sim.

All things for all people

Whether users are deploying their creations on simple desktop rigs, VR headsets or even simulation domes, Unreal Engine offers a one-stop-shop. There are few devices that the engine doesn't work with.

But ultimately, it's not about just the engine, it's about what people do with it. Whether you're talking about defence, healthcare or aviation, there are people out there doing amazing things with the Unreal Engine.

Unreal Engine is, at the end of the day, a toolbox. On its own, it might be unremarkable but the sheer scope of things that toolbox allows its users to achieve makes it invaluable. Unreal Engine is, quite frankly, one hell of a toolbox and one that is going to continue to evolve and expand its reach for years and hopefully decades to come. We can't wait!

Contact us today to discuss how Novatech can help you find a PC that can run all of the latest games and simulations.