×
Home Tech When is the best Time to Upgrade your PC? Expert Answer

When is the best Time to Upgrade your PC? Expert Answer

Many of us will be religiously uttering the phrase, “New Year, New Me” as we adjust to bringing in the year 2020. However, what about, New You, New Computer? Maybe you’ve had your workstation for over a decade and it still operates relatively well; maybe the dial-up has just started working again… or, maybe it’s just time to bite the bullet and upgrade.

Typical warning signs to upgrade your pc may be that your machine is a chronic office beige, or perhaps it proudly flaunts that it accepts CD-ROMS. But it’s what you don’t see that determines whether it’s time to update your setup and its hardware. There’s a wide market for both affordable and powerful computing out there. You just need to know when to, quite literally, pull the plug on your current machine.

Most people learn to live with the faults, the lags, the stuttering quirks that an older computer may suffer from. Eventually though, precisely balancing a power cable just to keep the computer alive can become rather tedious.

Novatech ran two different generation computers against one another, challenging their performance comparisons with in-depth benchmarking to highlight the differences in speed, graphics, and overall performance – revealing the many great reasons to upgrade your PC in 2020. 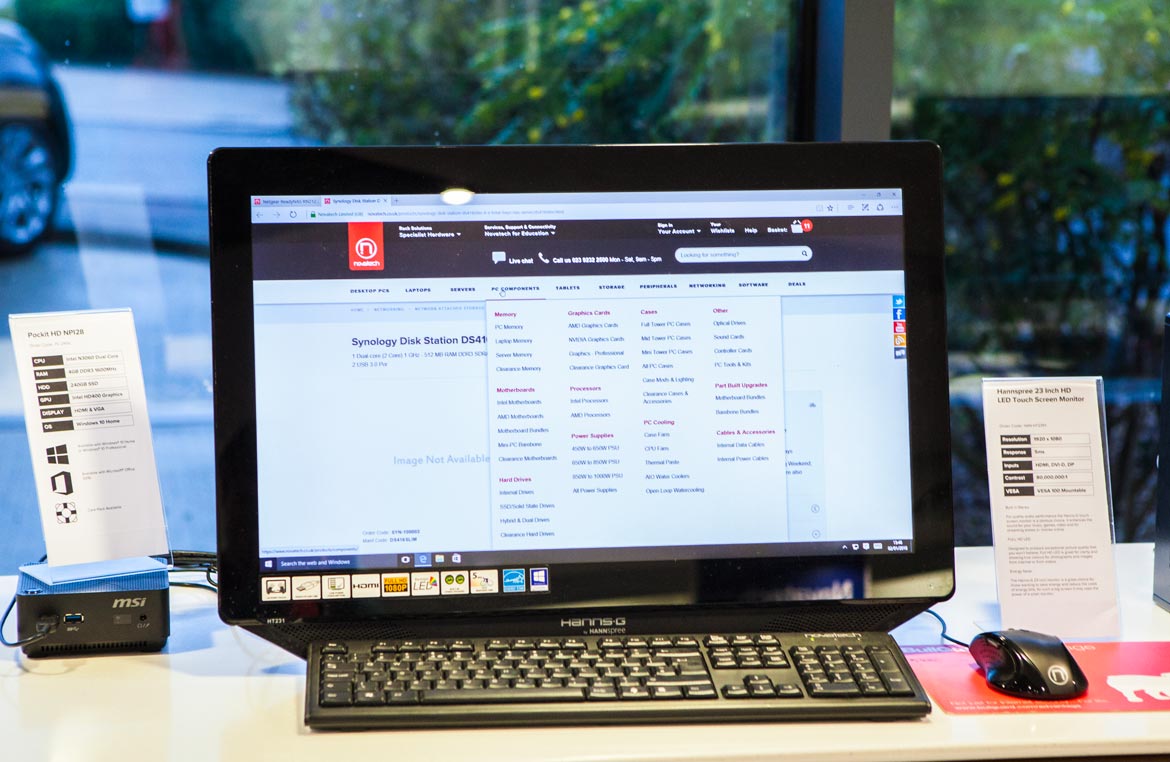 Choosing to buy a new computer or prebuilt Gaming PC is dependent on the range of factors, from deterred performance to the desire for new functionality features. Experts believe you should replace your computer with a newer model at least once every four years. But do computers really evolve much in that time? To find out, we compared machines that used 2010’s Intel’s Core i7 930 against a newer Intel Core i7-8700K machine. Read below to find out the results.

It's time for a change

The first computer we tested was the i7 930, which had a Nvidia’s 2012 GTX 650 TI GPU. This particular model uses Bloomfield microprocessor technology, already pitting it against its i7-8700K opponent whose GTX 1050 TI GPU has recently advanced Coffee Lake architecture. From the outset, the features and reliability of the two software structures showed the advancements in the gaps between the machines were already apparent. 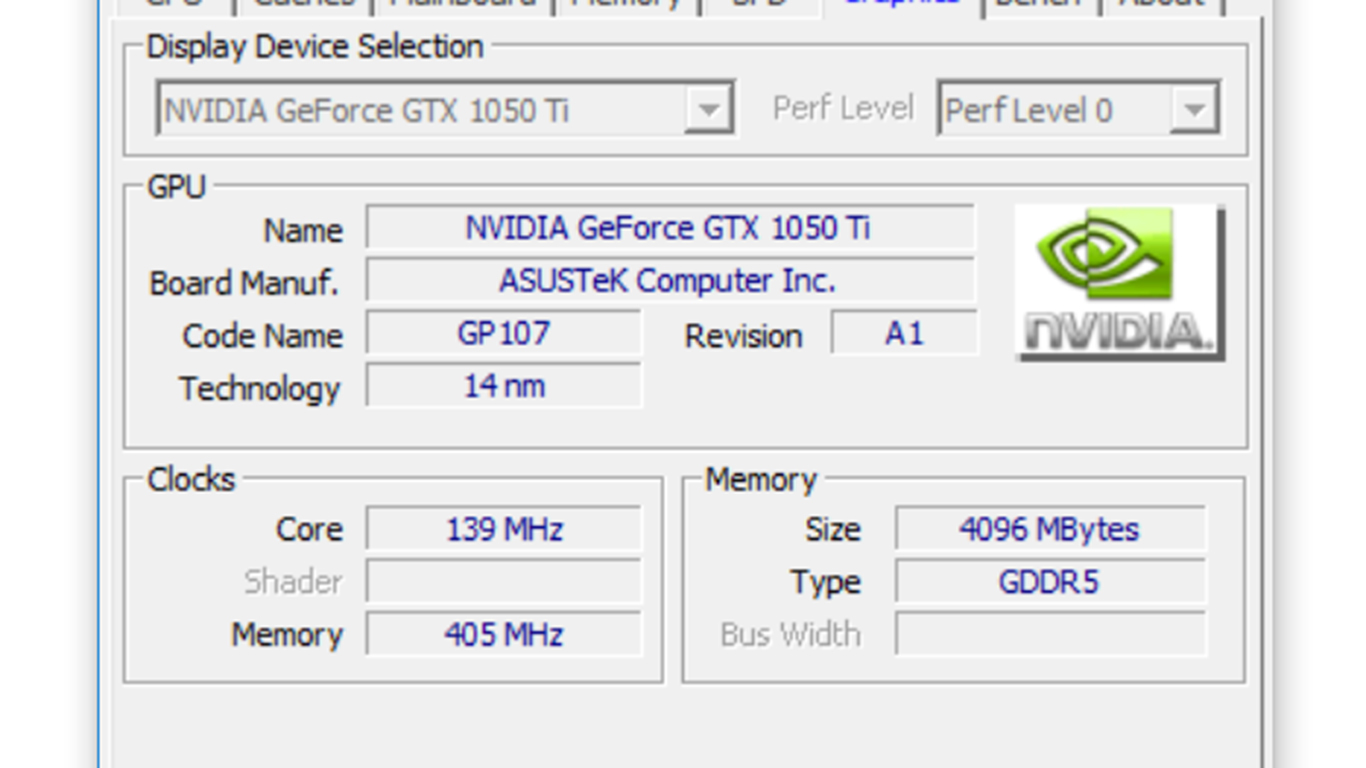 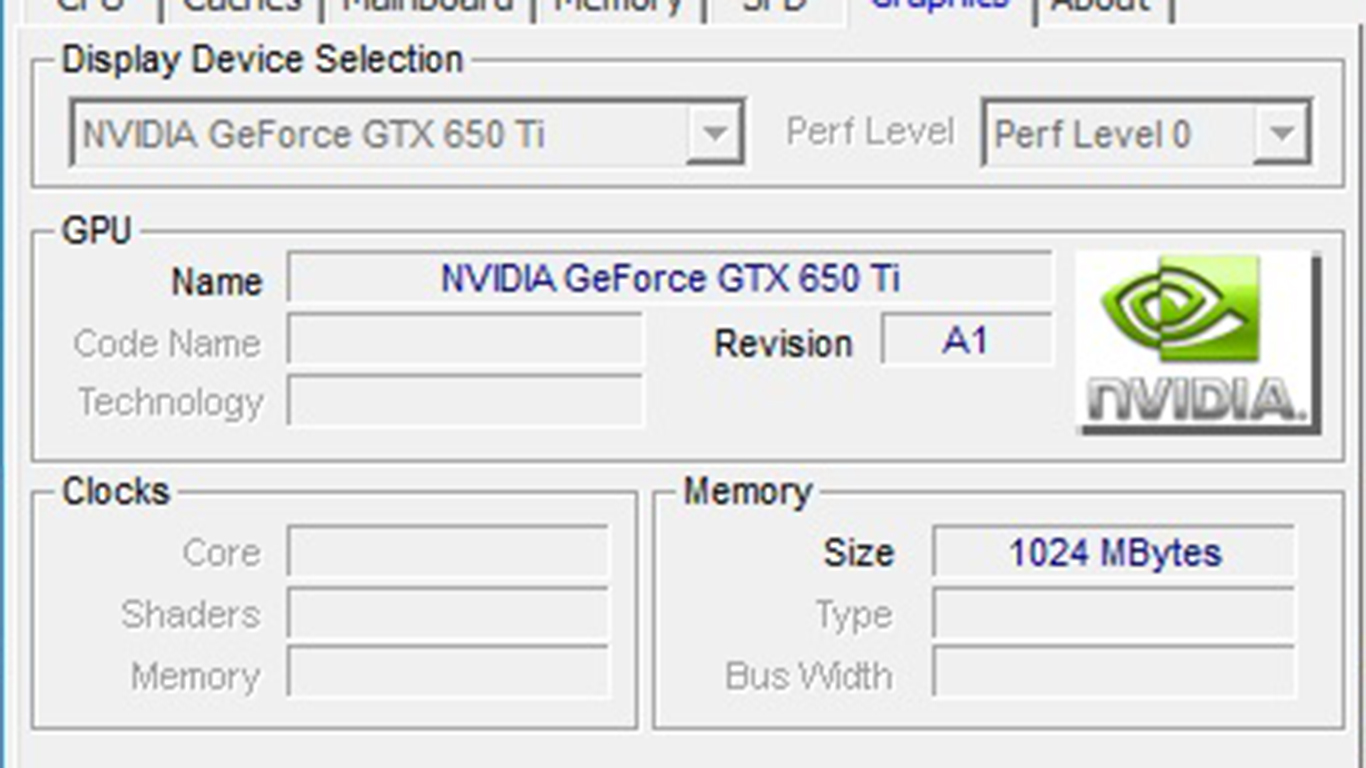 A computer’s architecture is essential in working with the latest technology products and software. Being equipped with the latest generations is a must. You can future-proof your PC but, without the right framework backing it, you will eventually find that it doesn’t stand a good chance beside the latest machines, in terms of speed and power.

Do I need to upgrade?

In the long run, you will encounter issues with your computer that can be fixed through a quick hardware upgrade which can end up being cheaper than buying a shiny new machine. Be aware that there will always be bottlenecking somewhere in your system. Bottlenecking affects your microprocessor performance by slowing down your PC, long term. Again, a hardware upgrade can be all that it takes to speed up your PC. But unfortunately, like everything else, time will catch up with your old PC and you’ll be swimming against the tide. A hardware upgrade just won’t cut it. 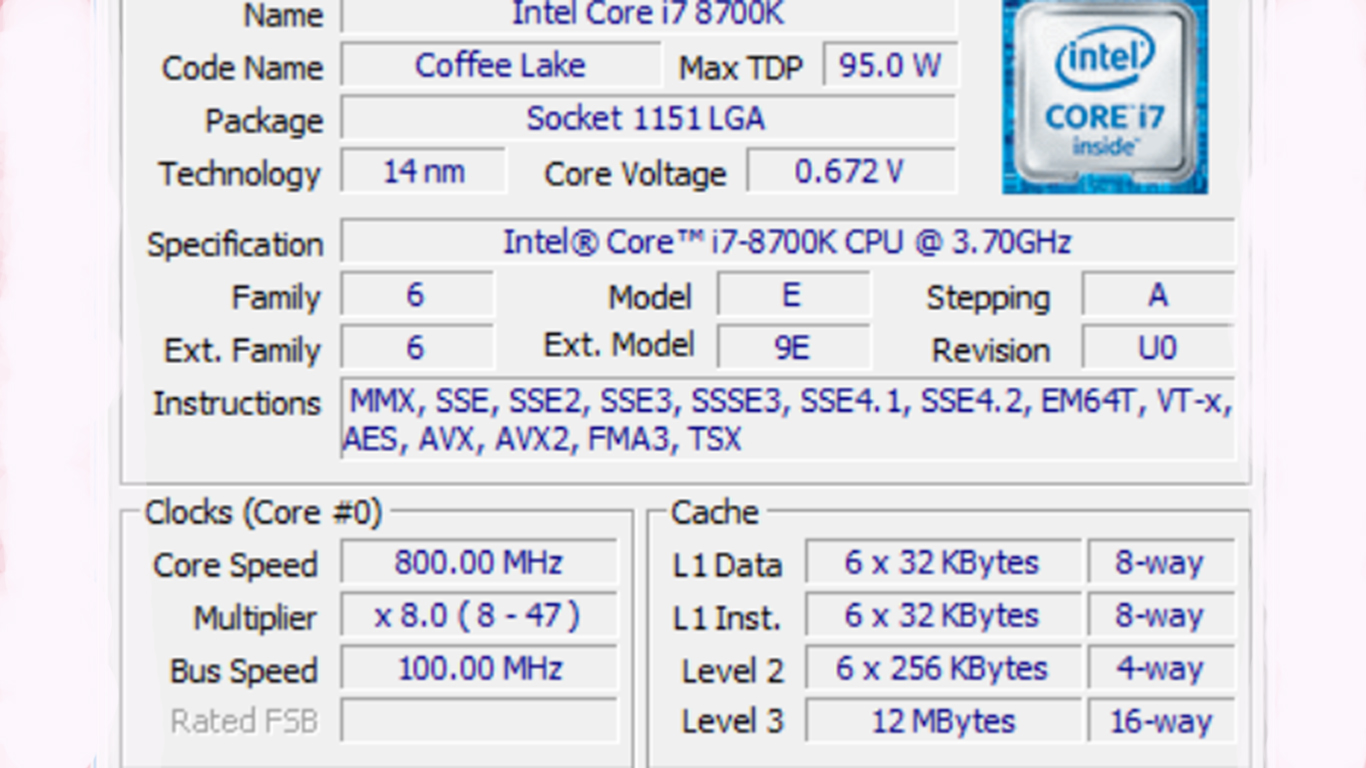 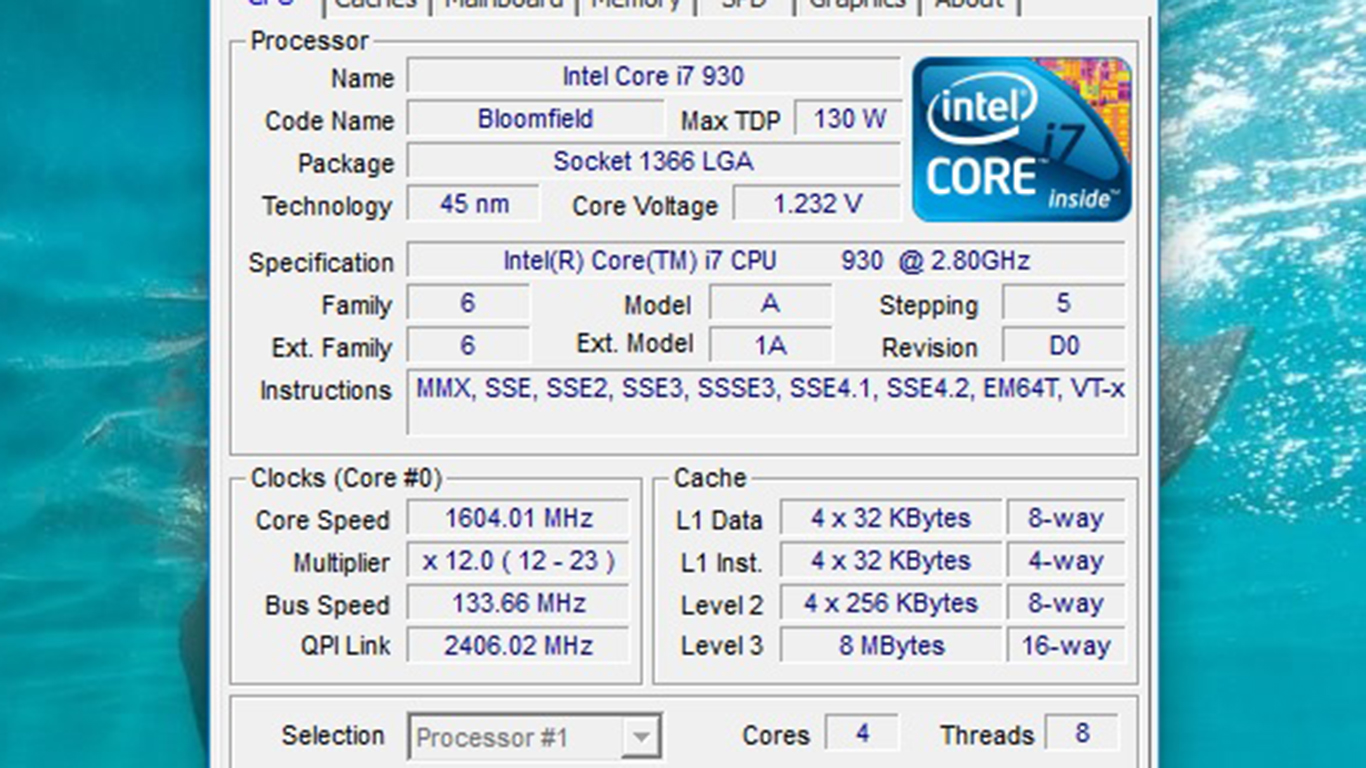 The i7 930 computer encountered issues in downloading and working with certain programmes; tribulations of freezing and lag throughout the entire benchmarking process because of the heavy work-load. It is obvious that Intel has designed recent architecture with a focus on optimized features for a more demanding prosumer and casual high-GPU using gamer. The i7-8700K had a download speed that was nearly triple that of its competition (the i7 930 was even absent of regular features such as Microsoft Paint or any image editing software.)

You can see how a simple older computer can actually be generations behind what the latest technology and programmes will traditionally utilise from just checking the specs for the motherboard alone. The older i7 930 computer, whose more recent GPU may be its saving grace, has an Intel X58 chipset that was made in 2010 - a decade ago! Even the graphics interface of the i7-8700K computer is double the strength. Imagine trying to win an online game such as Overwatch or Fortnite with those two pitted against one another. It’s not until you get under the hood of these machines that you find the virtual cobwebs that can make running certain features near-impossible. 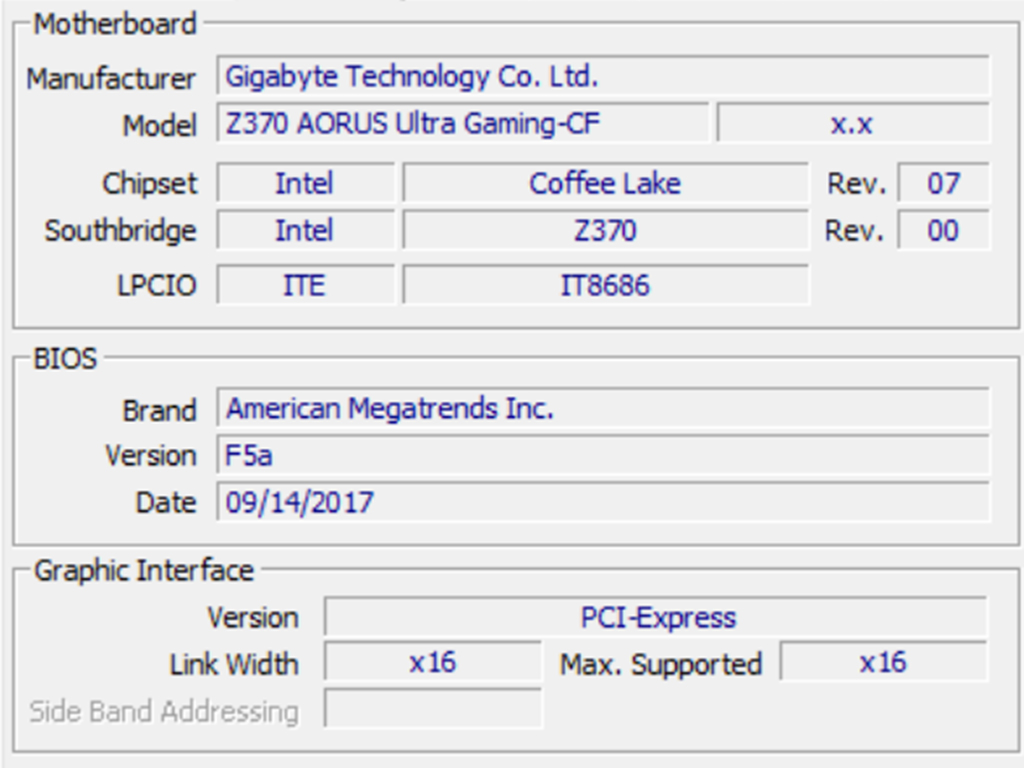 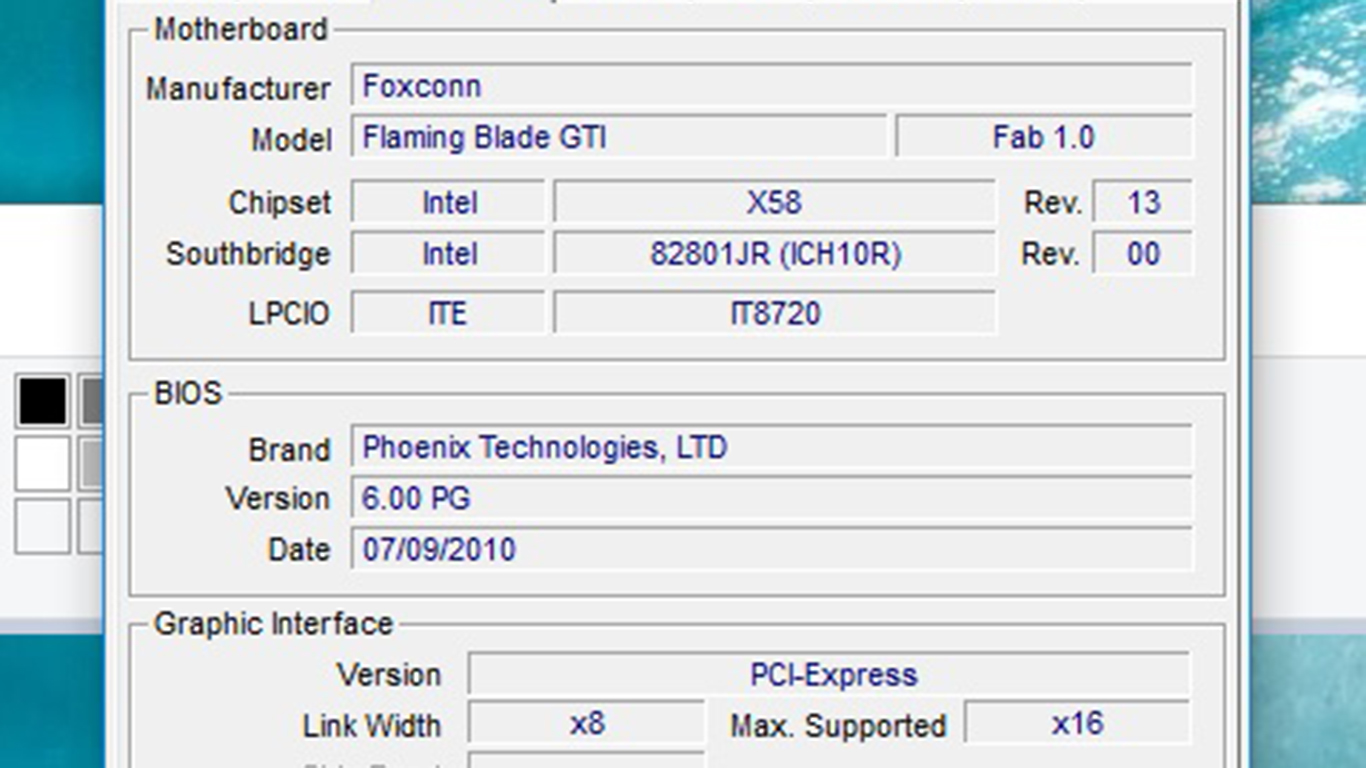 The New vs the Old

The real test came in benchmarking the i7 930 and i7-8700K with their respectable GPU’s against one another, playing three popular gaming titles and recording the results. The chosen games were: Player Unknown, Rocket League, and Counter-Strike.

As a gamer, the ten-year-old i7 930 would make you cringe at its ability to play modern games. A lot of games are CPU heavy and demand GPU’s that can meet their requirements. You may have bought an older machine that could once easily boot up Warhammer 40,000: Dawn of War II with ease using its built-in GPU. But for a CPU-heavy game like Player Unknown Battleground, you need the latest hardware to fully dive into the game and receive the full, clear gaming experience.

Whilst it also ran our Frap application for recording game-play, PUBG struggled to play above four frames per second on the i7 930. The lag was unbearable on the ten-year-old machine. The experience was a tedious show of continuous images loading on the screen as the game struggled to correlate the movement with our controls. As the game started, textures failed to load and entire pieces of scenery weren’t even fully formed. It was safe to say, it was inevitable we were to die pretty early on in the game, as our killer watched our character moving blindly, gasping for moments of actual control.

PUBG and Rocket League worked seamlessly on the newer i7-8700K machine. The gameplay was sublime – it flowed without lag or a moments drawback. It was such an improvement that this writer is not afraid to admit that I doubled back and had a second game on each, just for the sheer fun. Everything was peaked at full settings and still reached high frames per second. The only drawback that could have improved the experience would be a gaming monitor suited to benefiting the most graphically demanding games and player movement.

The i7 930, however, did still run Rocket League perfectly. Even as an older machine, the basic game ran comfortably. An older machine can handle various low-tier games, it seems, but this restricts the player from branching onto exciting hot releases and can be rather crippling to the gamer.

Testing Counter Strike on both computers was the final challenge. Playing on the i7-8700K, the only thing keeping the game down was my playing skills. Like with all the games, the CPU utilisation was average and benefitted from the use of all its cores and the performance tweaks that modern machines have adapted to have.

Again, the i7 930 lost without competition. Counter-Strike, an older game with low demands by today's gaming standards, failed to even load fully when we attempted. The frames per second were shockingly low and the lag was unbelievably slow. Our gaming recording software, Frap, crashed within one minute of gaming because of it.

Can a computer last more than 10 years?

Over the past decade computers and the technology surrounding them has significantly improved with updates to software and hardware showing noticable differences. Because of that, it’s bewildering to think that a PC brought back in 2010 is still working in 2020, but that shouldn’t be as surprising as it is.

The operating system, Windows 7, released in 2009 is supported until January 2020 and a computer that was produced with Windows 7 installed on release would be 11 years old by now. That is significant. Although modern computers have technology that has surpassed that of this hypothetical machine, with basic use such as email, surfing the web etc… There is no reason why that isn’t still working today.

Of course, you will buy a PC or workstation to be using it more than just surfing the web and checking emails but looked after well and regularly updated, modern PC’s have the potential to last long after the next decade.
How do I know my computer needs updating?

There are many tell tale signs that your computer could give up the ghost, and simply deleting files and clearing space on your hard drive may not be enough to fix it. If your machine starts to noticeably slow down, takes a while to start up or fails to open programs correctly then it could be time to upgrade your PC. But, before you start searching for your next computer, it’s best to find out if there are any updates you can perform and save it this one last time.

To do this, simply click the the windows icon in the bottom left of the screen, In the search box type, update, then, in the list of results, click either ‘Windows update’ or ‘Check for updates’. Clicking ‘Check for updates’ will tell your PC to search for any updates the machine may need, and could find that crucial bug that’s been slowing it down.

Updates like these will eventually turn into temporary fixes and soon it will be time to give in and replace your machine.

How long should I wait to upgrade my PC?

When it comes to upgrading a personal computer, it’s about finding the perfect partner for you; a machine that won’t just be able to run the latest software, but also meet the expectations for your lifestyle - be that a gamer, or a professional user.

Remember, your PC should be upgraded at least once every four years to meet the growing requirements of technology. Our tests between games have certainly proved that. Do your research and enquire. Novatech will be happy to help.

Look to buy a brand-new computer with plenty of features and storage for the next four years to host your critical functions. Heeding the age and speed of your computer can tell you if you need an upgrade.

If you type an entire sentence before it appears on your screen, it’s time for an upgrade.

If your computer struggles with even the most basic of internet searches, it’s time for an upgrade.

After all, why not make your New Year’s resolution to be: New year, New Computer?