×
Home Gaming and esports Surviving Self-Isolation: Gaming Edition - The Top 50 Games to play whilst this all blows over... Pt. 3

Surviving Self-Isolation: Gaming Edition - The Top 50 Games to play whilst this all blows over... Pt. 3

Today we're continuing our countdown for the top 50 games to play in self-isolation. If you haven't seen part one or two yet, then check them out and get yourself up to speed.

If you have, then join us once again as we tuck into part three of this five-part series, and count down today's entries, kicking off with...

TABS is an astoundingly brilliant game with a very straightforward concept - here's some blue dudes that are going to attack you, here's your points limit, now choose your red dudes and watch them fight. Except the fighting is the most ridiculous thing you've ever seen; it's a kind of mass bouncing ragdoll waltz. 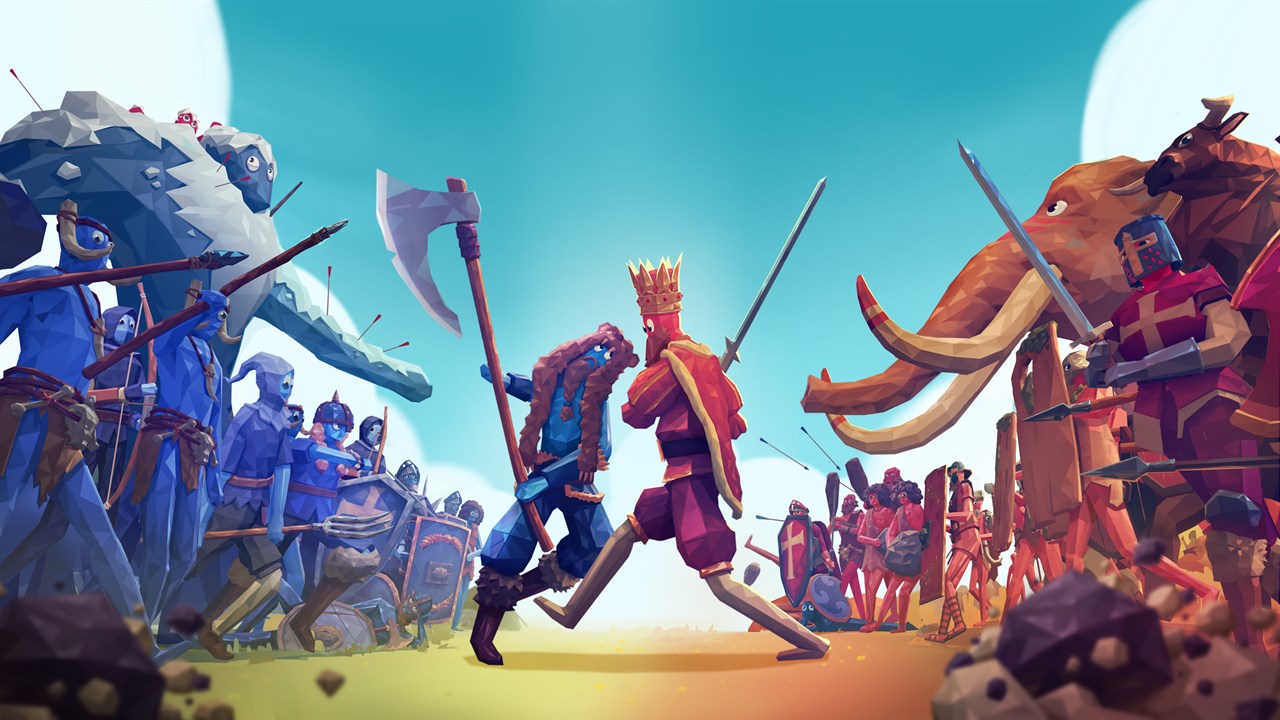 This really is a great game, both fun to play and full of good laughs. With goodness knows how many different levels to work your way through, each chapter unlocking a new faction of units for you to fool around with, plus secret hidden items that unlock awesome secret units, as well as community designed levels and (when V.1 of the game officially releases) a unit creator to bring your own absurd warrior ideas to life, there's more than enough to play around with here. And as if that wasn't enough, the sandbox mode is great for doing some shared-screen PvP. If you're not quite sure how that works, just search up "TABS Horse" on YouTube and you'll get a good idea pretty quickly.

If you're looking to get a better idea of what it's all about though, check out the gameplay we posted on our YouTube channel.

It's 1983. The Cold War looms over the world. You are the leader of the secret organisation known as The Cabal. Trust no one. Not even your own. Your mission: to prevent a global conspiracy that could have all nations and their leaders forced into another world war that could well be the end of mankind as you know it.

A fantastic turn-based strategy with a focus for stealth and subterfuge, this spy-film inspired game of covert-operations and counterintelligence has an incredible atmosphere and mechanics to match. Find and review intelligence, intercept enemy operations, set-up a recon team with "off-level" support like spotters and snipers, rescue fellow agents, capture the enemy's, and (for me personally, the selling point of this game), pin up all your intelligence and connect it together with red string (none below though - it only turns red when you figure it all out #nospoilers)! 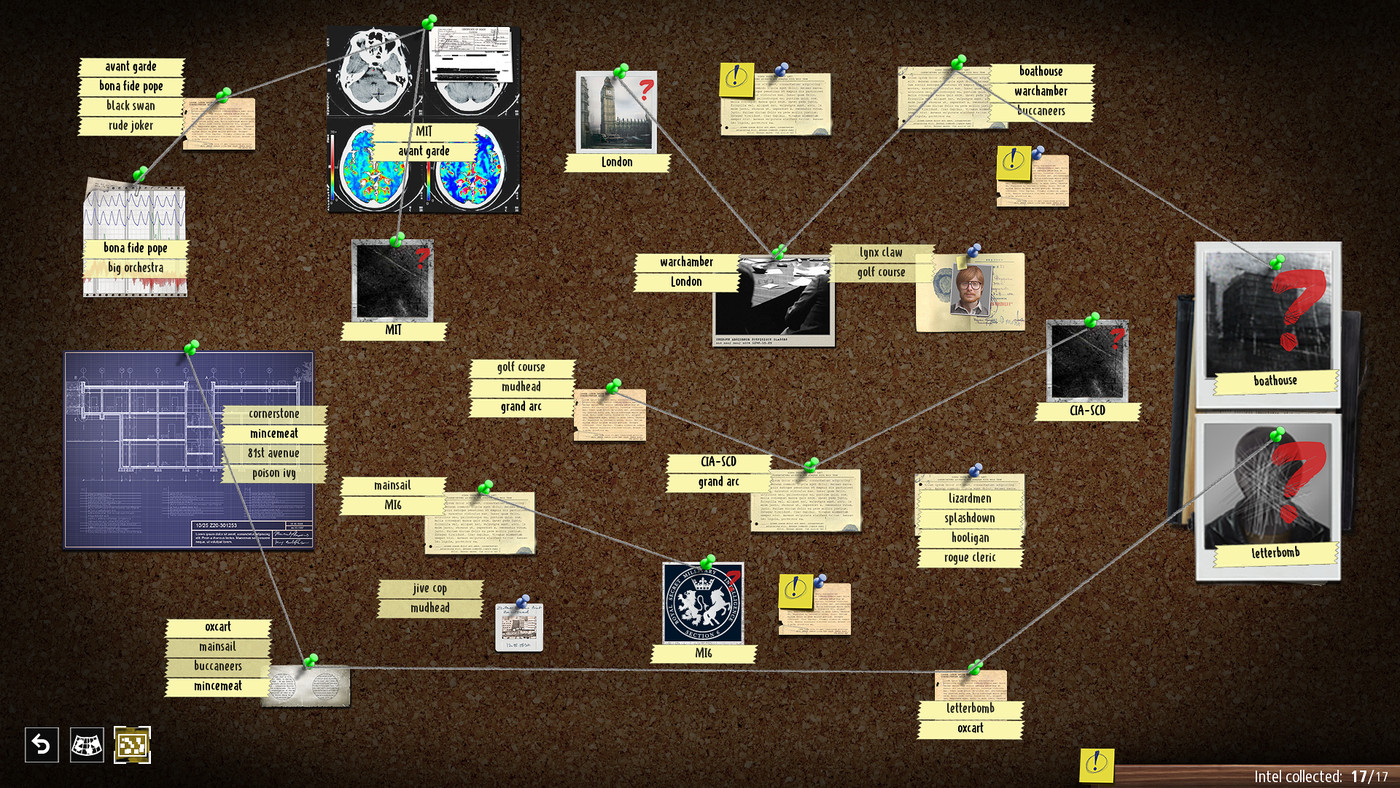 If you weren't able to join us at Games Fest this year, then now is the perfect time to jump into this beat-tastic game. You've got two lightsabers, banging tunes, a flurry of blue and red cubes to slice and jab your way through, all brought together in the groove of the music. Keep fit and feel the rhythm as you chop and dice in this excellent arcadey VR title. 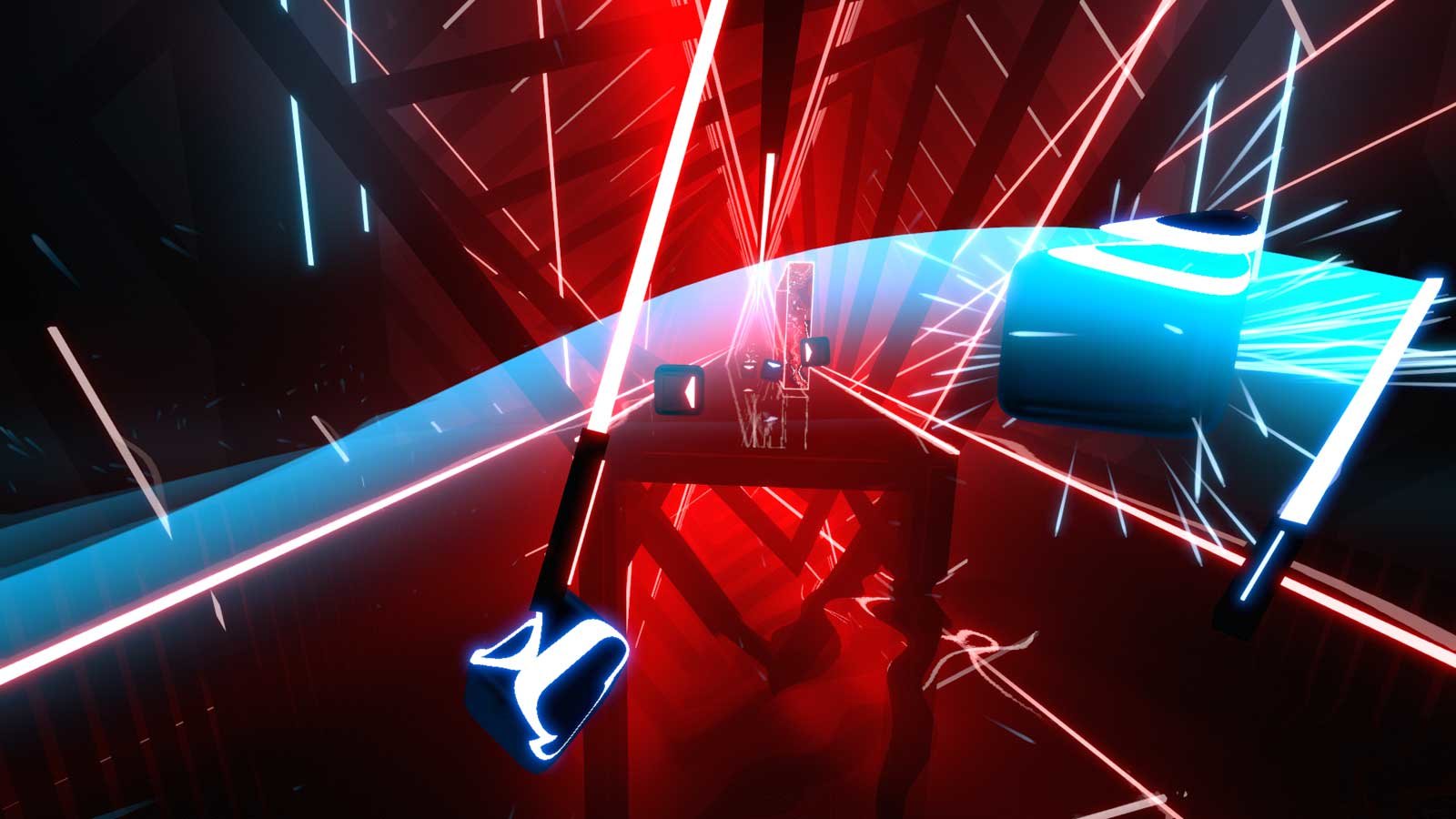 Dwarves, a giant drillship, beers, giant space spiders, riches galore - what more could you want? Nothing, is the right answer. Ready up your picks, your miniguns, flamethrowers and sentries, as you prepare for the fight of your lives - waves upon waves of various giant space spiders, from the relatively puny "Glyphid Grunt" to the gargantuan "Glyphid Dreadnought," all to be combatted in the very hostile, and 100% procedurally generated cave environments of Hoxxes IV.

With up to three friends, four awesome classes and unlimited fun, it's easy to spend hours on end gunning and mining, upgrading and levelling, completing challenges and ramping difficulties, (with regular stops for beers and barrel kicking in between, of course).

Deep Rock Galactic is a game with charm, and a design that just yells "co-op play or go home," making it perfect for the current state of affairs.

Continuing on the space theme, at 26 it's EVE: Online. If World of Warcraft was the OG MMORPG for the fantasy genre, then EVE is its spiritual space successor. One main difference between the two though, is where WoW has depth of lore and world building, EVE instead has depth of mechanics. Comparable to a space "Life Simulator," you'll be able to do basically anything you want. Fancy becoming a miner? Go ahead. A trader? Go ahead. Leader of an entire faction? A space pirate or mafia boss? A lone wonderer exploring the farthest depths of space? An engineer? Bounty hunter or law enforcer? Go right ahead - this game really has no limits. It even operates on a single server, meaning every single person playing is in the same universe as you (that's a lot of players by the way). 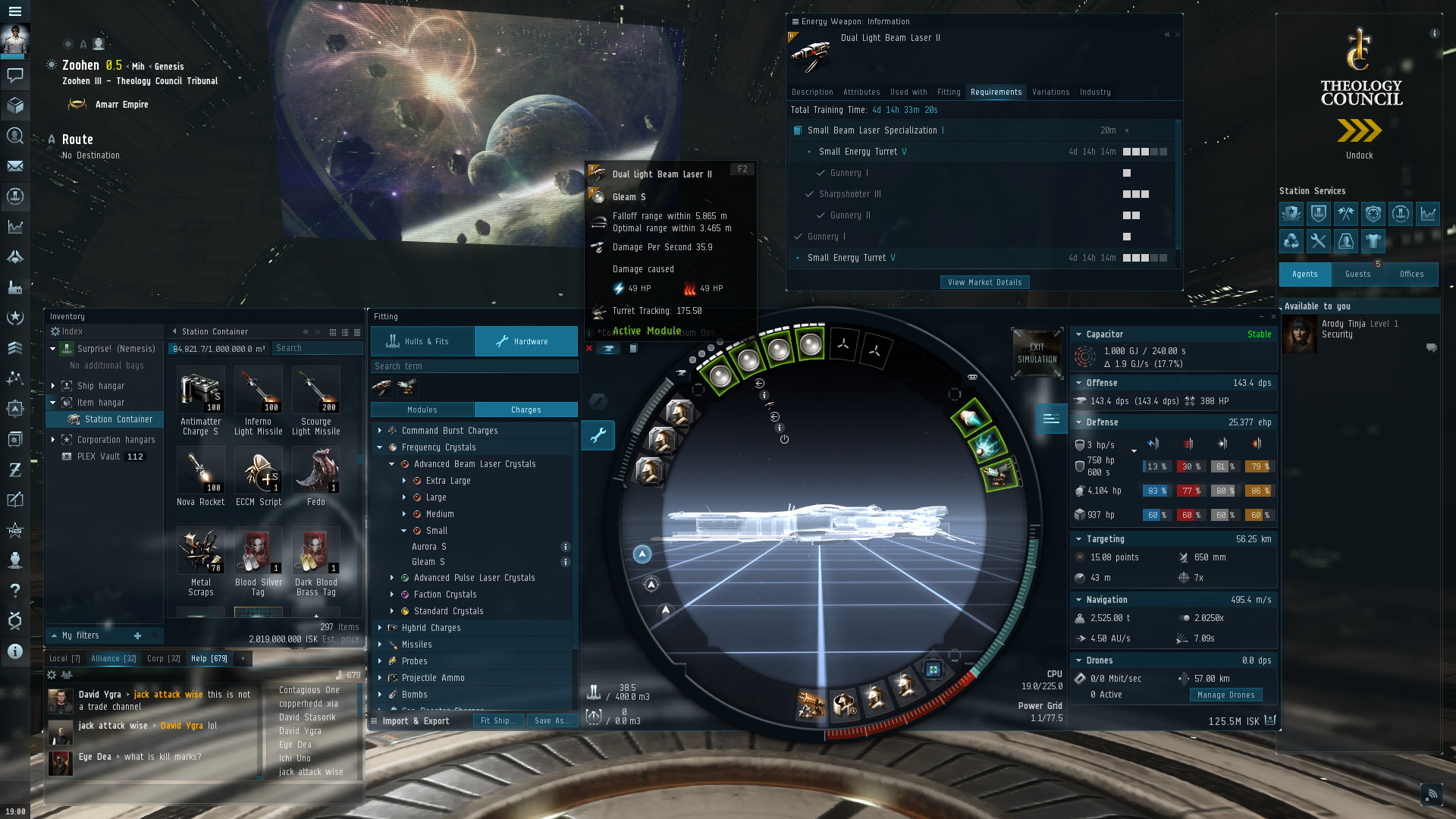 Some have criticised the game for having a steep learning curve in the past, but over the years, that curve has slowly been flattened to a more manageable level (see what I did there?) and what's more, the game offers free to play accounts, with more limited features, but plenty enough to give you a taste for what the game is really like. So give it a try - maybe you'll become the owner of a huge corporation and become a space billionaire? Only one way to know...

Nope? Not yet? How about an Indominous Rex? 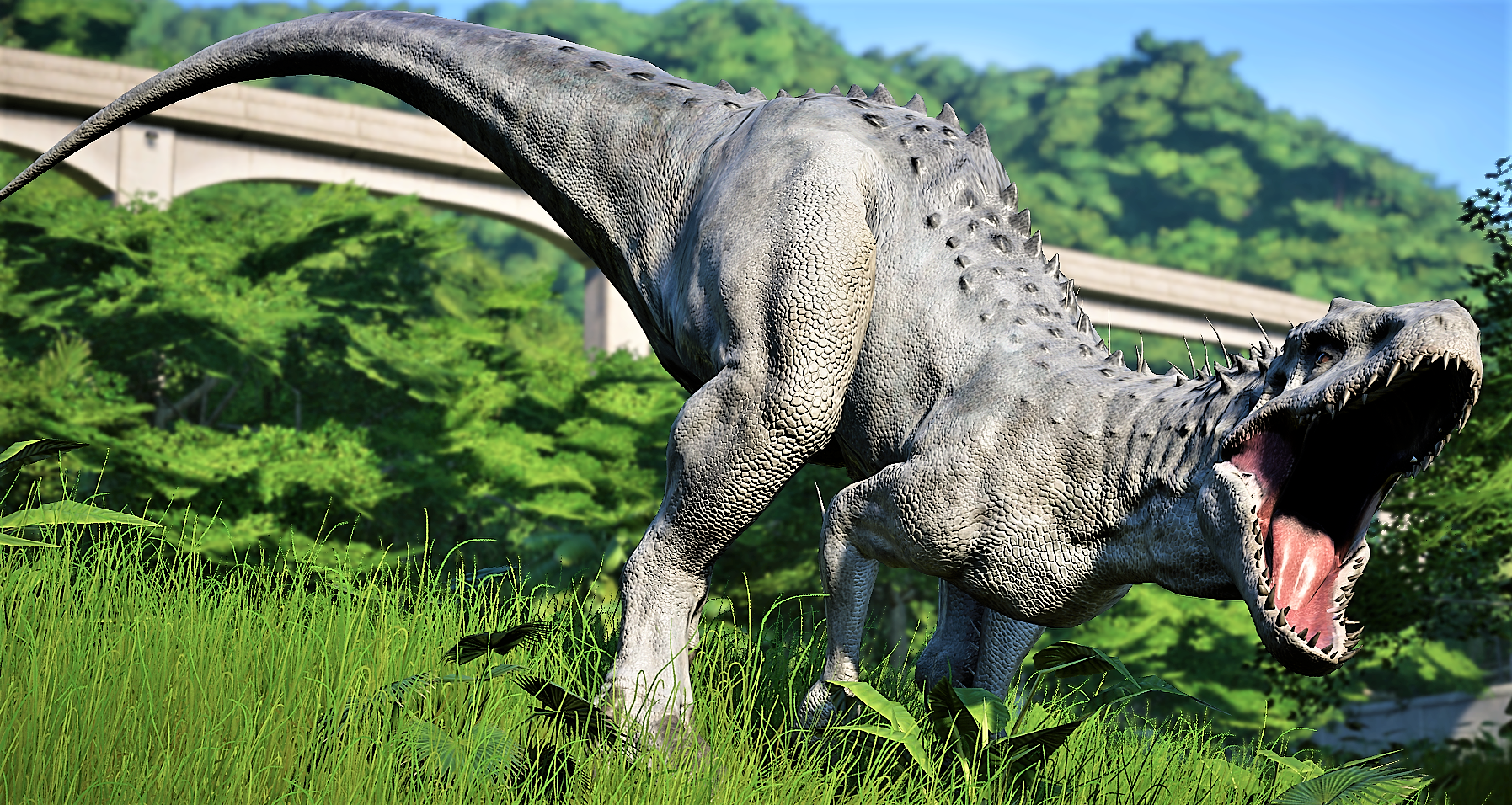 Okay, jokes aside, this is a killer game... Much like Planet Zoo (and by the same developers, so you know it'll be good), you're in charge of managing and designing your very own wildlife park for the public to visit en masse. The difference here though, as you guessed, is that the wildlife is from about 66 million years ago.

You won't have all the dinos from the start though (that'd be way too easy... and probably even more dangerous than it already is), so you will need to send out teams of palaeontologists to find you fossils to analyse and extract DNA from. Once you have a great enough understanding, you'll be able to grow those babies in vats before releasing them to run free and wild around your park... in their enclosures, that is... not with the guests, I mean. Who would ever do that?

If you're interested, then why not check out some gameplay on our channel?

24 - Keep Talking and Nobody Explodes

Pretty much what it says in the title really. You and a friend need to defuse a bomb - one of you can see it, but have no idea how it works, the other has the entire manual with all the need-to-know in case of emergency, but can't see it. The two of you (or more if you feel like adding way more cooks than necessary) need to communicate which puzzles are on the bomb and how those puzzles are solved. But if you fail any of the puzzles multiple times then that baby is going to go boom. 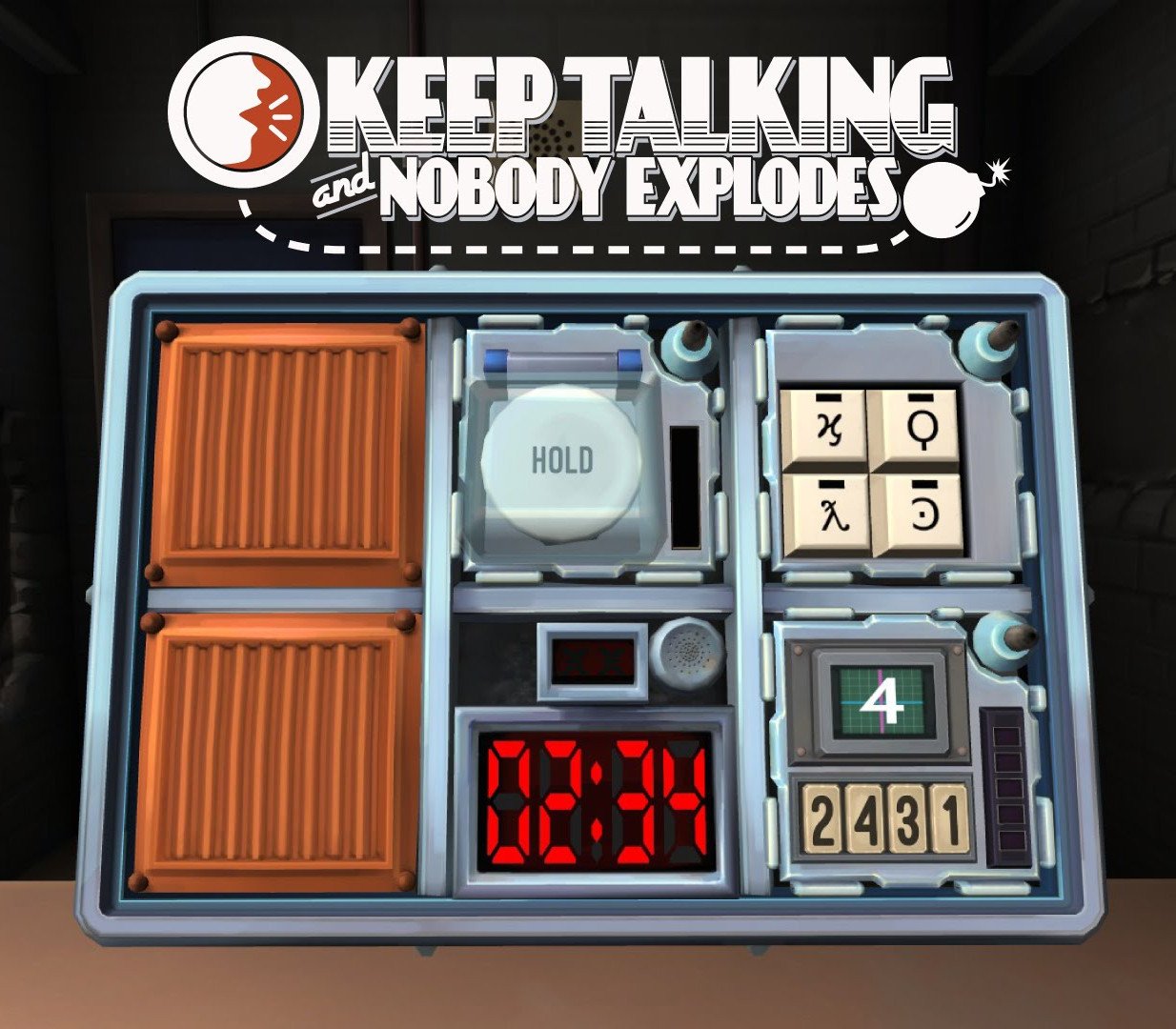 Although this works without it, the game was originally for VR, which helps with immersion for the bomb handler, and stops the manual reader from cheating at all. But honestly, you can just have the two players sit back to back, with the manual reader facing away from the screen.

A really fun and fast-paced puzzle title, with randomly generated bomb modules for each game, this is a great one for households with two or more potential players. Perfect for giggles and brain training.

A few places back in this list, we talked about Apex Legends, a team-based MOBA. Well, Overwatch is kind of its predecessor, but more akin to a team deathmatch/capture the flag style gameplay, rather than last man standing. Teams are much larger though, going from three to six players, again with distinct characters, roles and play-styles to choose from. Another title firmly rooted in the esports world, this is another game you could get into now, brush up on your shooting skills, and make it to the big leagues in no time. With five friends to keep you company, and intuitive mechanics that are easy to pick up and play with from the get-go, it's a great game to kill some time and catch-up with friends. Maybe you could make some new ones too? 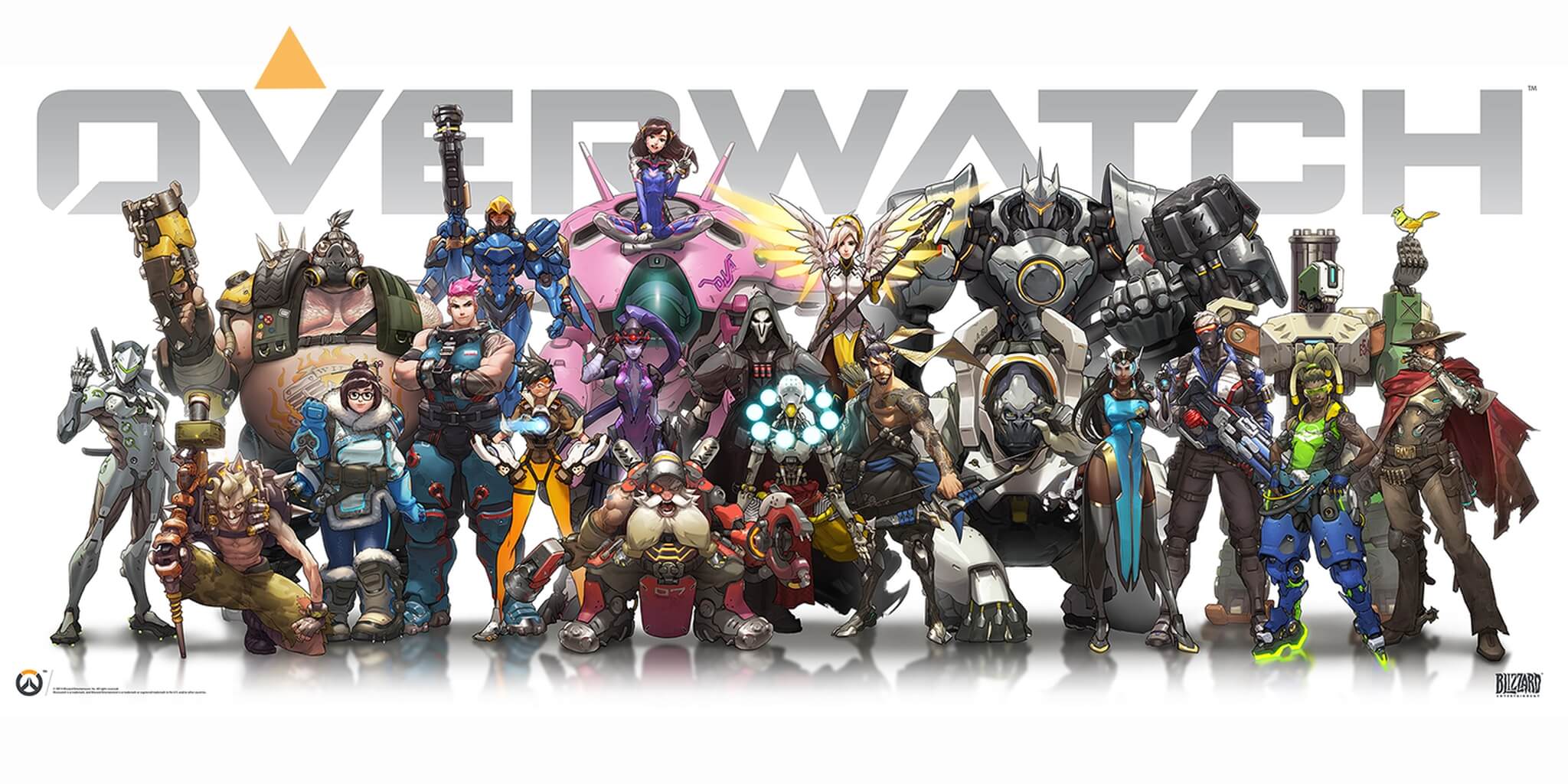 I feel like there's not much I can say here that hasn't already been said about FIFA. This game has been around for a long time, and is still going strong as ever. Do you like football? Wish you could play it more but can't go out and do that? Or maybe just want to make and play with your dream team? Here you go. This game is all you could ever want. You can play alone against the AI in career mode, or online against other footie fans, or, like Jerry, recreate all of those postponed games to see what could have happened. But we'd reccomend you just watch Jerry's gameplay instead. 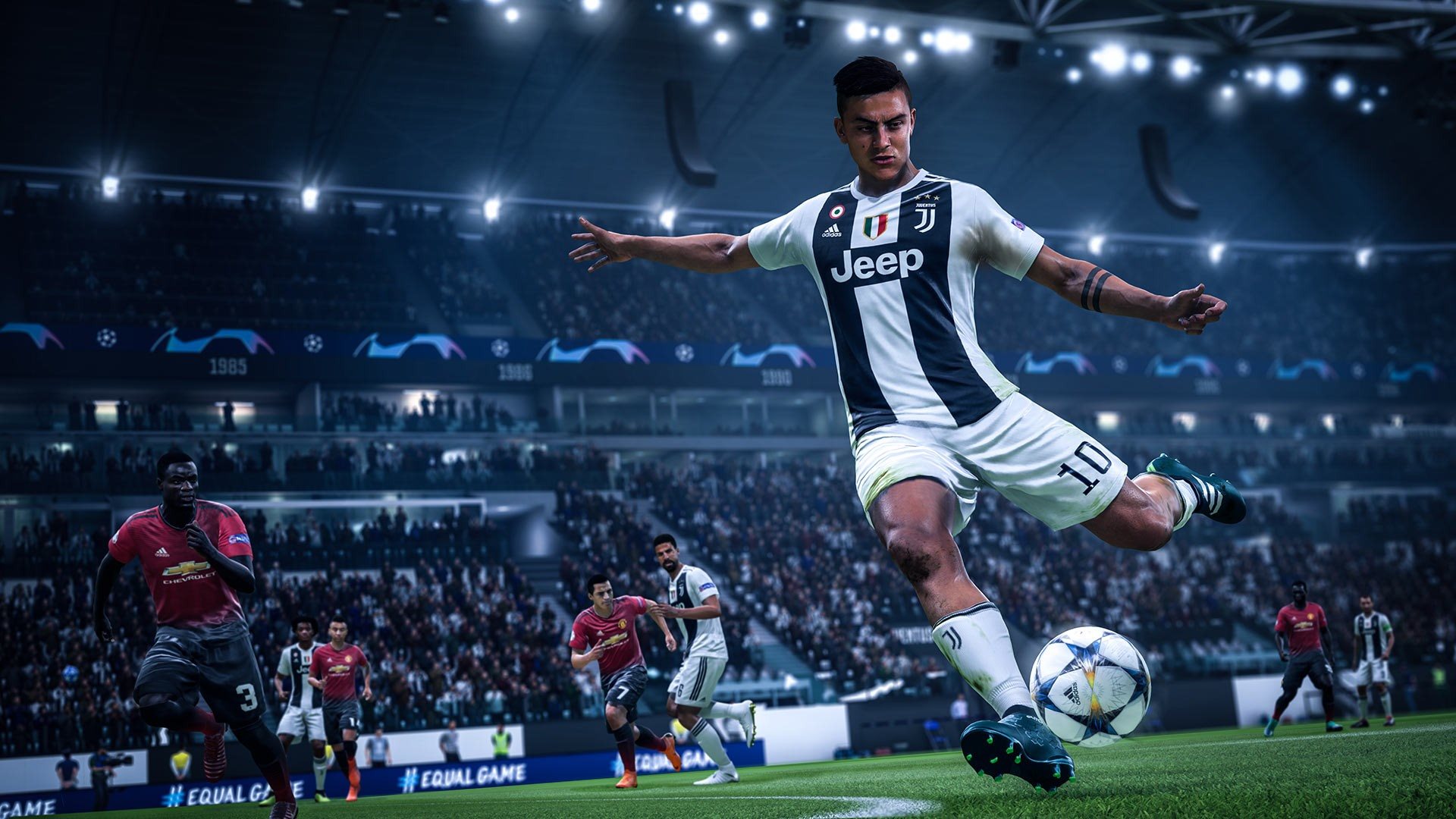 And for our top spot in today's entries, it's Overcooked! A fantastic mad-dash game by the talented Team17, this chaotic cooking co-op offers (n)oodles of fun in four large helpings for up to four friends, either locally or online in the case of the second game. 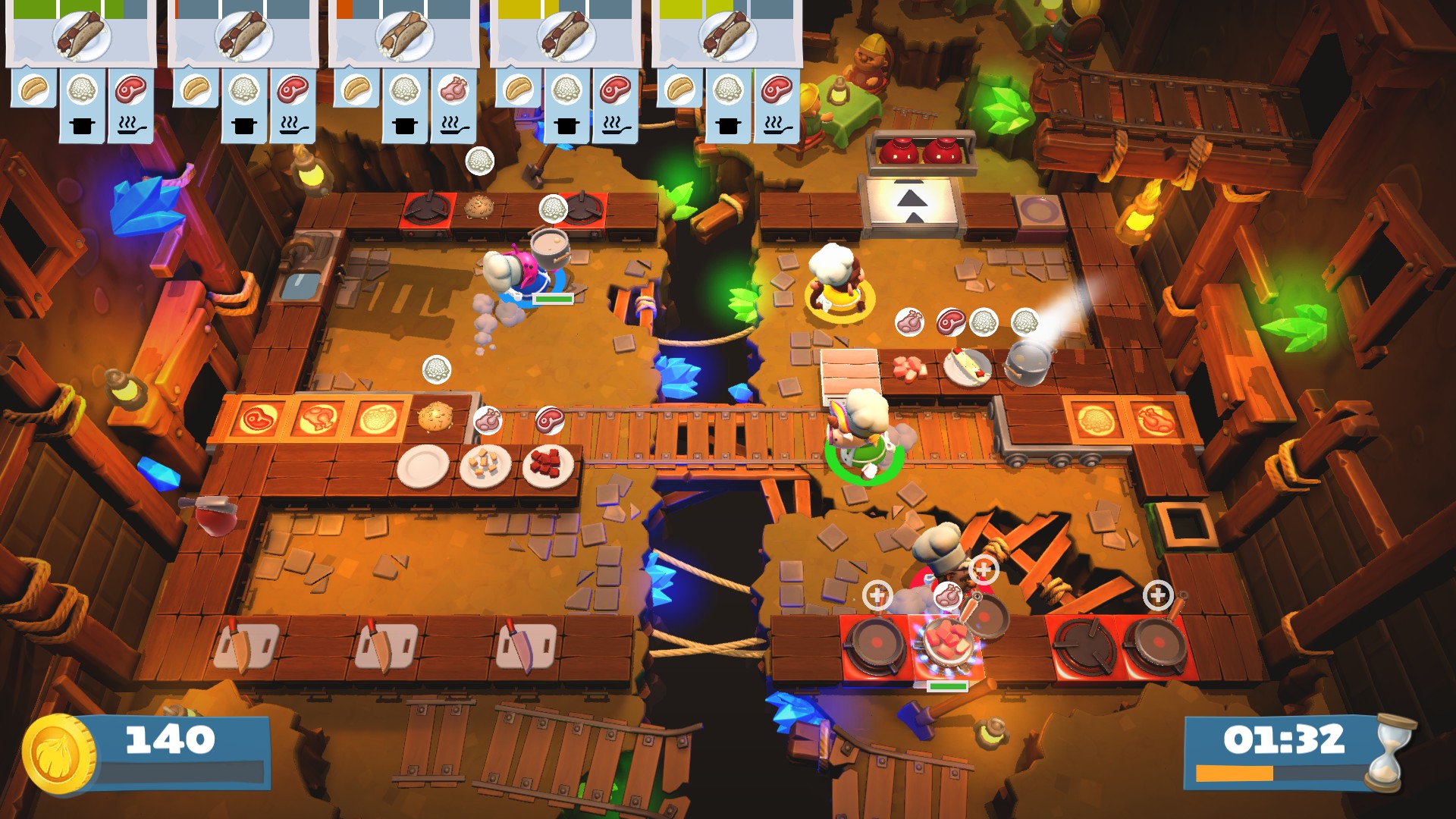 You and your friends will have a blast (and possibly boil over a few times) as you work your way around awkward kitchen spaces to chop, fry and serve your dishes. The more you serve and the more perfect those dishes are, the more money you'll make as your customers tip you a few extra gold coins for all your hard work. This game requires co-operation, coolheadedness and communication unlike any other, and yet still remains great fun and a really good laugh. Just what we need in these frankly stressful times!

And that wraps it up for the third set of entries on our Top 50 list. Join us tomorrow for games 20 through 11.