×
Home Tech Technology and the training of tomorrow: Today?

Technology and the training of tomorrow: Today?

Employment training -- due to a lack in trained, qualified applicants, specialist jobs world-wide have suffered due to a scarce limit in available talent. Whether it’s teaching future soldiers to drive tanks in the army, schools producing the heart surgeons of tomorrow, or Barista’s practicing how to make that perfect cappuccino, this training requires a great deal of time, supervision, and resources that also creates mixed, costly results for an employer.

Virtual reality (VR) is what everyone is talking about right now. While still technically in its infancy, it has started to turn heads amongst businesses, governments, and schools for the promising, efficient possibilities that the application has created.

Although surprising, there has been very little study into the benefits of what mass virtual reality systems could develop for global industries with the training of their recruits and employee’s. 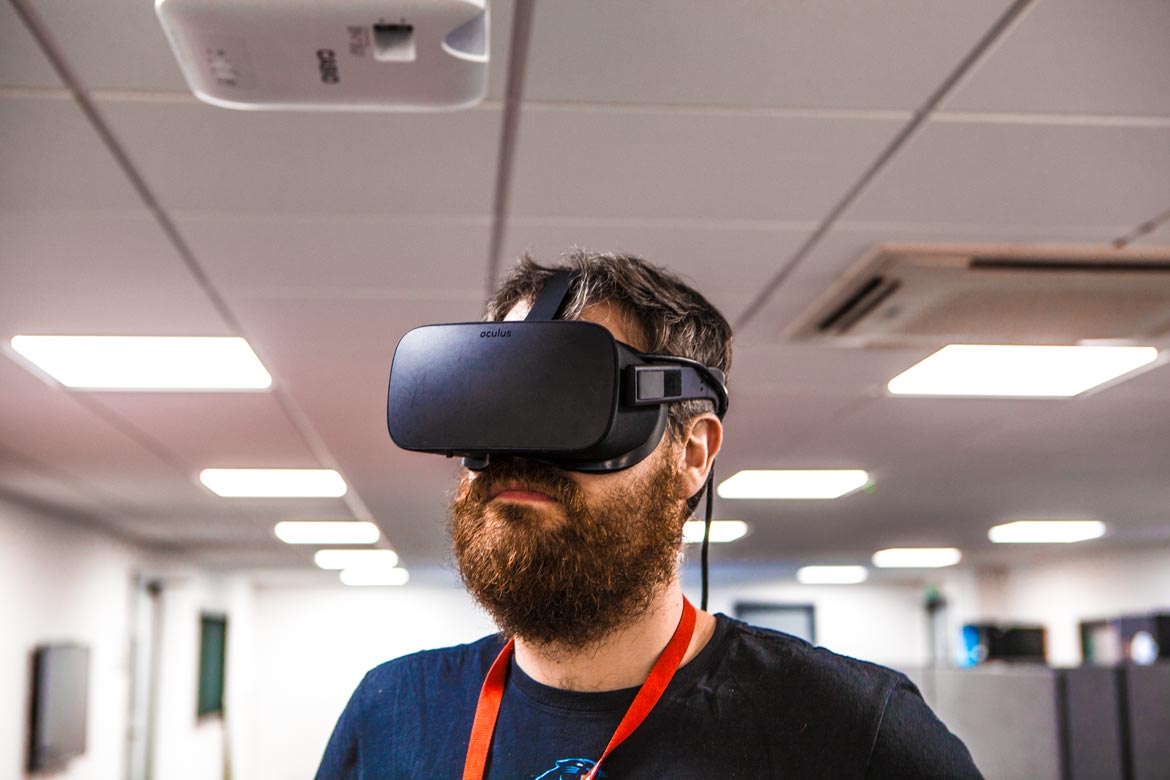 Businesses continue to cast judgement on virtual reality, with the stigma that it is a technological phase. Think the general buzz of electricity surrounding 3D cinema back in 2009. Although VR has been developed for years, the past decade has seen massive advancements in the field with video, sound, and input technology that has evolved VR from the bulking, pricey niche technology, into an efficient system with multiple properties for entertainment and work development.

The many industries that have perked their ears have already seen results. In fact, research reveals that trainees who replaced their conventional education with virtual reality resources had a more acute, thoughtful understanding on the methods of their chosen field. These findings may be minor, and in early days, but they paint the picture of what virtual reality could do in the moulding of an attuned, creative work-force.

Google have been on the frontlines with their Daydream Labs branch. They created an experiment in which they ran a simulation of an interactive espresso machine in VR.

They tested a group of subjects to practice creating the perfect coffee, before being tasked to make the real thing in reality. As these people were doing this, Google had another group try to do the same thing, instead only learning with Youtube video’s. The results were compared.

The first group needed nearly a third less practice before testing themselves with the real deal to use the espresso machine. The Youtube team made more mistakes, apprehensively timorous towards the practice to practical approach. The VR training came out as the greater, methodical teaching tool.

Levelling up from traditional training

Education and training are a regular part of every initiation into a new role; medical and surgeon students are using the computer-generated environment to simulate performing faux surgeries to test their competency with performing crucial, life-saving tasks. Of all the industries, surprisingly, welding uses the benefits of VR to train specialists before they even have to pick up a dangerous blowtorch.

With training being essential to maintaining quality performance, the range of industries that benefit from virtual reality stretches to a rainbow of professions.

Having a student in virtual reality simulating the trials their roles will entail practices their mental and physical memory without the need to ever leave a single room. They can be tested and progress further into their training with the click of a button. All from a lone computer or machine.

While traditional training takes a versatile curriculum to adapt student effectiveness, VR tests the user on a connective level.

Top of the scoreboard

This challenge uses a developed practical training technique known as gamification. Gamification is the method of turning a difficult task into a competitive game that encourages a user’s input.

The computerized environments of virtual reality provide detailed feedback for assessors and superiors, allowing them to weed out less skilled applicants, who may not match the criteria for being hired.

Even the subtlest of errors won’t go unnoticed. Calculating the users score based on aspects such as accuracy or precision, the virtual reality software creates a real-time data entry for assessors to evaluate through a display from what the participant is seeing in their VR headset.

How the virtual is changing our reality

Virtual reality creates massive savings for trainers without distilling the training process whatsoever. Engagement is the key to success and developers are targeting every market, creating an easy-to-use system that industries are predicted will be universally used in the next decade. With an easily portable machine, the sky is the limit with where businesses want to take their learning – all without ever having to leave a room. As the technology becomes more interactive, the number of specialists is seen to rise.

With the push of a button, class is now in session.