×
Home Defence, Training & Simulation The science of war and games - Wargaming with Evocatus

Over the last year, Novatech has been conducting interviews with some of the top names in defence simulation, quizzing them on how they operate and how Novatech's solutions help them to achieve their goals.

This week, we're talking to Anthony Sharman, director of Evocatus Consulting, a company set up to help military organisations and businesses to communicate through games and exercises. As is the case with many of our interview subjects, whereas Anthony's work once relied heavily on rudimentary tabletop games, today, Evocatus utilises bleeding edge technology to produce realistic simulations that will soon be almost indistinguishable from the real thing.

So, what makes Anthony and his team tick, why are simulations such a powerful training tool and is there any definite science behind these highly technical war games? Let's begin by learning a little about the man himself. 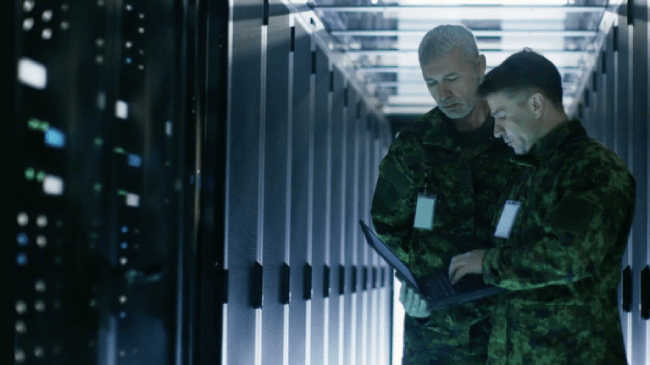 Wargaming with the big boys

"I have one of those military careers where I did what I found entertaining rather than what was going to be good for my career," Anthony begins with a subtle smile. "I was lucky enough to design and deliver a tactical engagement system exercise (TESEX) in a remote part of Canada roughly the size of Wales and that's where it really all began."

He's referring to a large-scale operation that involved about 1500 people and a couple of hundred vehicles, which lasted over 14 days. This is, of course, something that was very useful but incredibly expensive and resource-heavy and is why he started to think back to his old hobby of tabletop wargaming.

"I didn't want to be a grown-up in the army," he admits, "and it occurred to me that the same approach could absolutely be used for commercial organisations who have the same challenges of reach and scale, and rapidly making complex decisions on the fly, with imperfect information." So he set up Evocatus to cater to both military and corporate clients using the knowledge he'd acquired during his TESEX experience.

Initially, Anthony and his team worked specifically with the defence sector because it was an easier sell - they knew what they were getting. But eventually, they began spring boarding into other agencies, whether it be Blue Light or second and third responders.

He explains: "Imagine you work for a water or electricity company and you get a horrific hurricane crash in. Obviously, you're going to get the blue light services rushing to be there within minutes but in a matter of hours you also need to have those sorts of people on-site as well, and a lot of those skills taught in our war games are completely transferable to that sort of scenario." 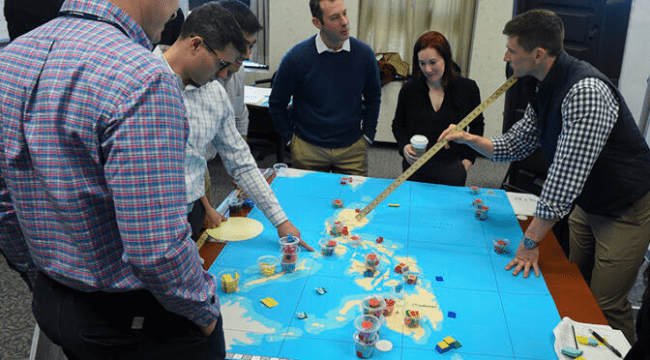 The main question that Anthony always finds himself being asked by clients and potential clients is "how long will it take?" They want to know if it's a half-day, a full day or even a week-long thing. But the answer he always offers is simple - "what do you want to get out of it?"

"Whether we're just trying to make it easy for people to understand a problem, develop people's decision-making skills or whether we're trying to understand how putting different weapons or armour on a vehicle impacts how it can be used, the end goal dictates the process."

As an example, Anthony mentions some of the more established scientific simulations that fully understand the physics of platforms and equipment but are held back by terrible graphical user interfaces. "It means it's almost impossible to understand what's happening in it unless you speak in ones and zeros," he says. "So what we're using now is a combination of these more intense simulations and more approachable video game simulations to get the best of both worlds, so to speak."

The science behind war games

There are dozens of so-called video games being designed with tactical real-life war simulation in mind. From VBS4 to Combat Mission: Strike Force 2. These are games designed for people to play in their bedrooms and while they don't have quite the same credibility in terms of the science behind them, they absolutely have had that wow visual factor.

"Those games are much easier to see when explaining tactics to a defence customer. It visualises the situation beautifully and it's really so far removed from the PowerPoint slides we used to use twenty years ago," Anthony says. "It's relatively easy now to create the bones of a workable simulation even just using a mobile phone. It's not a traditional computer simulation but it's simulating the environment for the people taking part and making it feel more tangible."

It all sounds great on paper, of course, but in reality, Anthony finds it difficult to get people to sign up due to the stigma still attached to wargaming. "The first thing people always think," he says, "is that they're going to be dressing up as an elf and fighting a wizard or something." Half of the battle then is in overwriting these preconceptions and proving the science behind the games.

Anthony brings up the example of a big blue-chip client that identified a reputational risk as the largest potential risk facing their business. He explains: "They wanted to reorganise their entire business. But when they went to their first regional hub in Europe and briefed everyone on how the company was going to change, they were confronted with a whole lot of folded arms. So we were brought in to help and ran a really simple role-playing game that had them playing the client's company, with a small team and all of the various stakeholders."

They ran the game in the South American hub and the Far East hub, and were also met with folded arms initially. But at the end of those sessions, Anthony saw really experienced marketeers having a real penny drop moment. Because it was the first time they'd ever really seen themselves from the outside.

For military clients, meanwhile, it's more about letting them see for themselves how it works and why it works. In that way, wargaming is an ideal tool for developing plans and strategic decision-making. A very timely example Anthony gave is the Russian invasion of Ukraine.

Anthony says: "It might have seemed unlikely but the invasion was definitely on the risk register. What we really hadn't prepared for, however, was the impact on food supply and fuel to the whole world. While playing games isn't ideal for making perfect predictions, it does help us think about some of the things that might go wrong and the things we should be worried about." 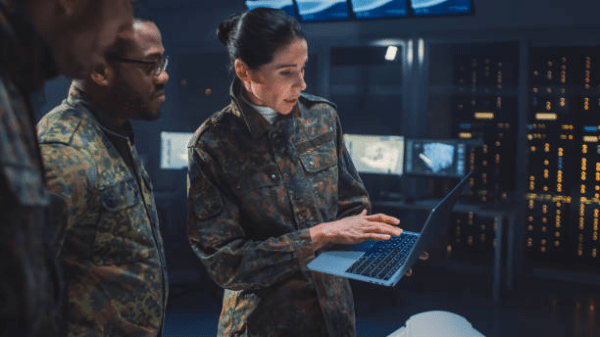 Discover the best Novatech hardware for simulation and training

When it comes to simple solutions, Evocatus did a piece of work last summer for the Aviation Warfare Branch. This is essentially a school that trains relatively inexperienced pilots for aviation missions. The brief was to put together a manual game, not using computers, in which they could, in Anthony's words "desynchronise the sync matrix."

For the uninitiated, the sync matrix is basically a spreadsheet which shows whatever the pilot's mission assets are at various times, so that you can synchronise activities to have certain effects at the right point.

Anthony explains: "Obviously, if you're flying a bunch of helicopters around, there are all sorts of things that can go wrong - whether it's enemy action, the weather changing or things breaking on you. We worked with them for over a year and ended up putting together a really cool little box that was essentially a poker set." 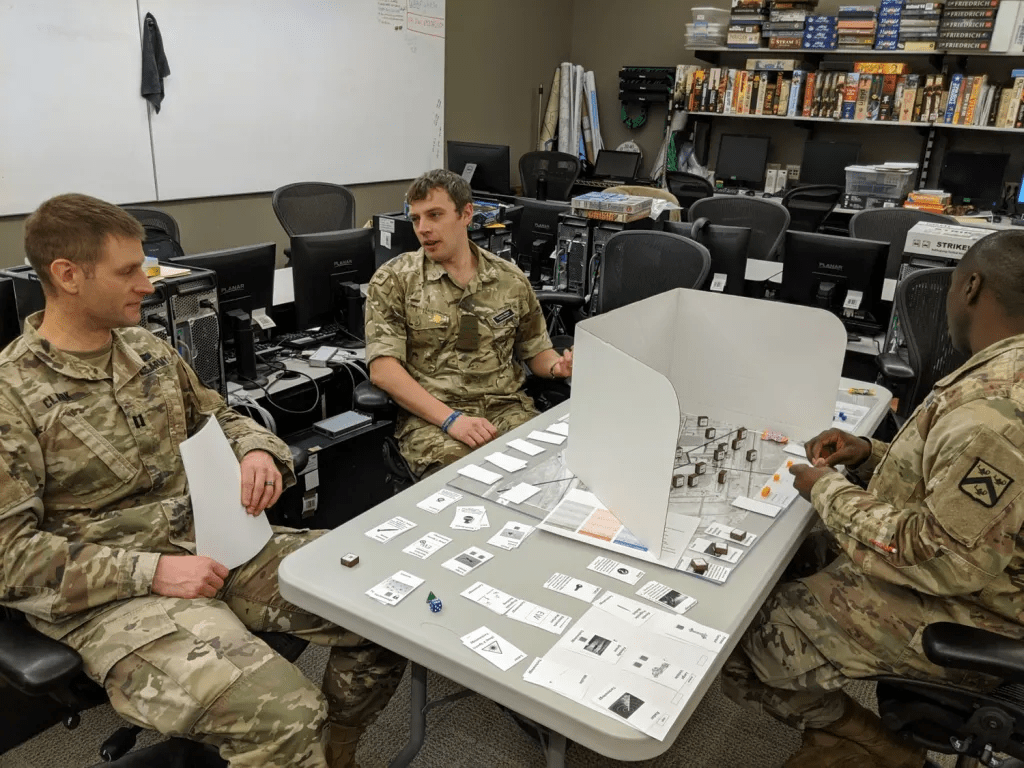 The game was simple enough - blue chips for friendlies and red chips for enemies and then roll a percentage dice to ascertain the chance of success. It's a little like turning warfare into a D&D campaign but it worked wonders for the team, leaving them with a portable case that's completely simulation free and demonstrates that, while really beefy processors are sometimes necessary, for other problems, the simple solutions are always the best.

Our thanks to Anthony for his time and insight.

For more information on Novatech's hardware for defence, simulation and training, fill out the form below.