A new generation of Intel CPUs, and a new chipset to match

With the release of Intel's latest line of processors, we've of course seen the new motherboards on which to mount them - the Z490 series is here and there's quite a few options. From MSI to Asus and Gigabyte to ASRock, we've seen a wide array of sexy looking LGA1200 boards arrive on the market, with prices starting at as little as £129.98.

By and large though, with aesthetics aside, there's nothing much new here in the way of motherboard design - if you're in the market for a Z490, you shouldn't have to scour specs too closely. It is worth noting that currently, although the boards support it, Intel 10th Gen does not yet support PCIe 4.0, so most boards will be listed as PCIe 3.0 for the time being. Other than that, you'll mainly be wanting to pick your board based on whatever you're planning to put in your build, in particular, paying attention to things like number of fan headers and internal USB headers (which you'll need for the high-end cooling solutions you'll require if you go for an i9), or whether the board supports WiFi and the likes, as that tends to be the primary difference from board to board. 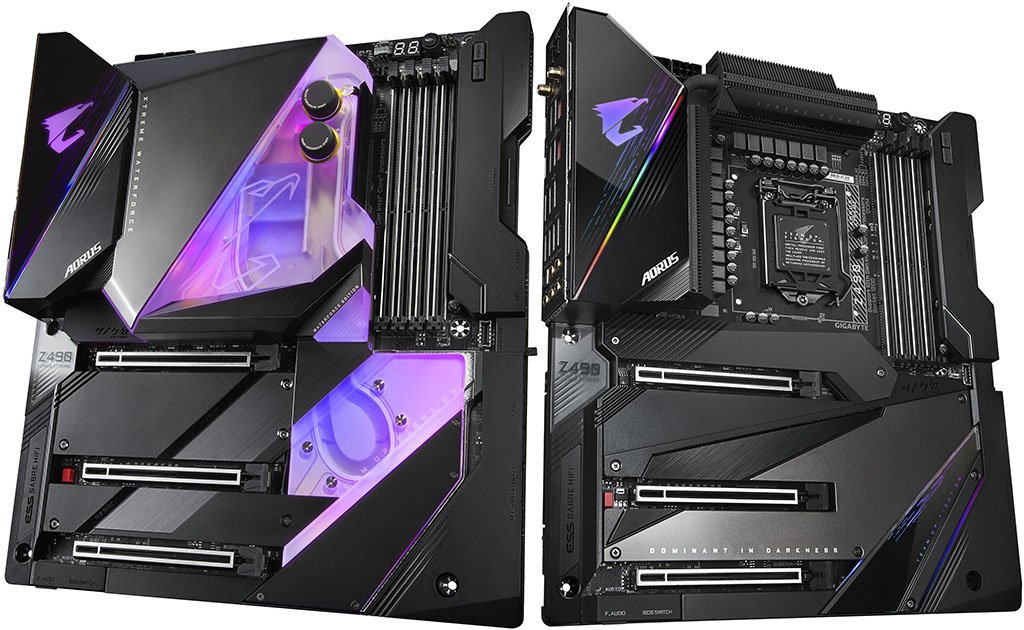 One key thing to note with the Z490 series however, and Intel 10th Gen as a whole, is those all important VRMs. At this point, it's certainly clear that 10th Gen is very hot and very hungry, so the higher up the 10th Gen chain you climb, the more you'll need to pay attention to VRMs, the power stages and whether they make use of heatsinks - the last thing you want is a 10900K melting your motherboard as it sucks up all those yummy Volts.

Speaking of which, Gamers Nexus recently discovered that many of the Z490 manufacturers, as default, have enabled BIOS settings which are against the recommended Intel guidelines, which has led to many of the 10th Gen chips running even hotter than they should at stock, because they technically aren't running at stock at all - they're actually unofficially overclocked. So something to bear in mind if the Z490 route is the way you're leaning, as you may need to do some tweaking to keep your system running efficiently and at cooler temperatures.

We recently posted our Intel i9 10900K CPU cooling tests, making sure to keep those pesky profiles disabled, so if you'd like to see some numbers and graphs which aren't affected by the manufactures' sneaky default overclocks, then be sure to check it out.

If you're after a Z490 motherboard, then check out our full range of Z490s - let us know which one you chose in the comments, and which processor you chose to slap on it!