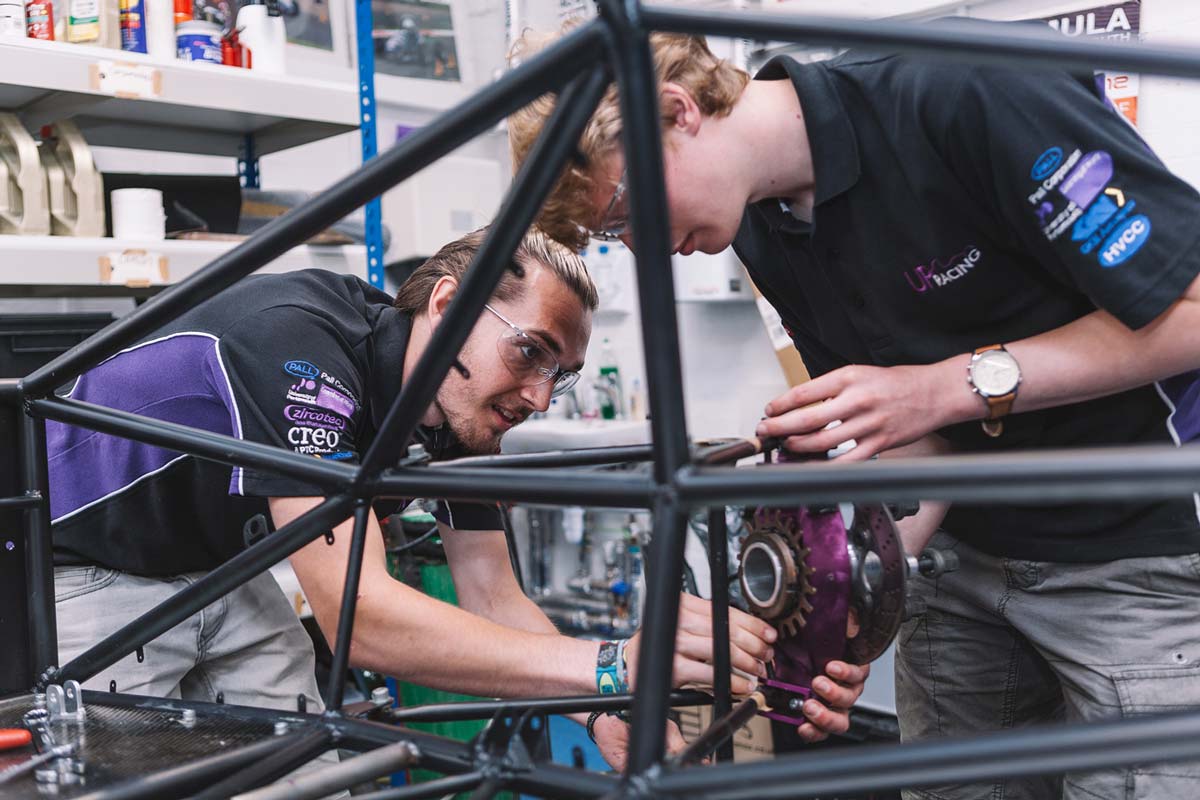 When UPRacing, from Portsmouth University, contacted Novatech asking for specifications for a new workstation to handle rendering and simulations, we soon delivered a system beyond their expectations. Novatech are proud to sponsor the racing car team just on our doorstep.

In the month of July, the UPRacing team, from Portsmouth University, is competing in races at Silverstone racetrack with their self-built car. The team of 45 is competing alongside over 100 international universities, with 50 UK teams, in a series of static and dynamic trials.

Matthew Chapman, the team leader, studies computer engineering at the University whilst other team members study everything from business to technology. The production and testing of the car is an extra-curricular enrichment where the team painstakingly works on the car for hours each day whilst managing their university courses. From the engine to the steering wheel, the team makes everything at their base at the University.

The team has 30 generous sponsors, including Novatech, such as PALL Corporation, also a local company, who supply materials to produce the body of the car. Another key sponsor is BAE Systems who supply chassis structures for the racecar. Other sponsors include: Tesa, Fischer Connections and All About Tea Portsmouth. The constant support from the Portsmouth based companies allows UPRacing to continue their hard work in the world of student racecars.

In order to create the best racecar possible, the team uses computer simulations to demonstrate the cars reactions to, for example, certain materials, structures and weather. This process requires high-tech simulation software and an advanced computer. The UPRacing team faced lag, rendering issues and lengthy simulation times with their PC at the time. A simple simulation would take 24-48 hours to complete.

These simulation delays caused a disadvantage to the car production process, meaning the team was left with little time for small (yet necessary) modifications and re-testing. Simulations were less accurate and more time consuming thus discouraging the team to run such software. 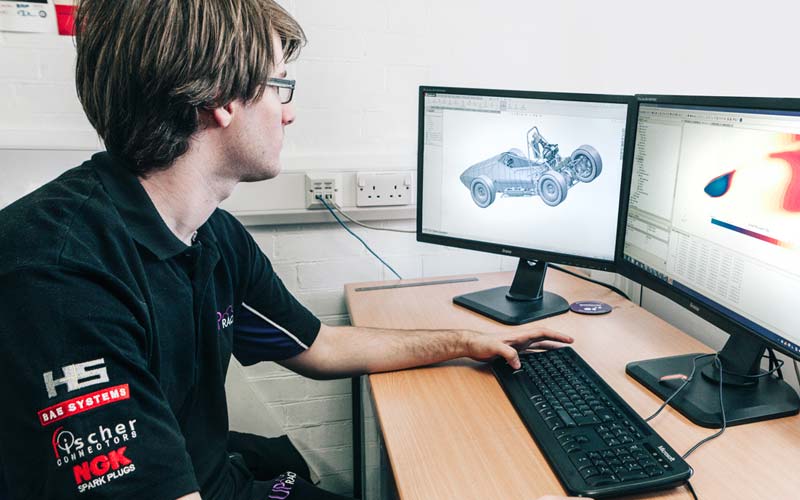 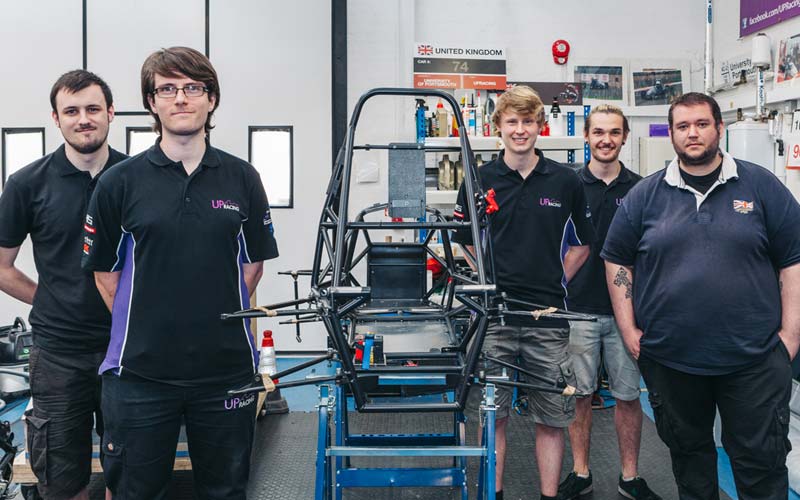 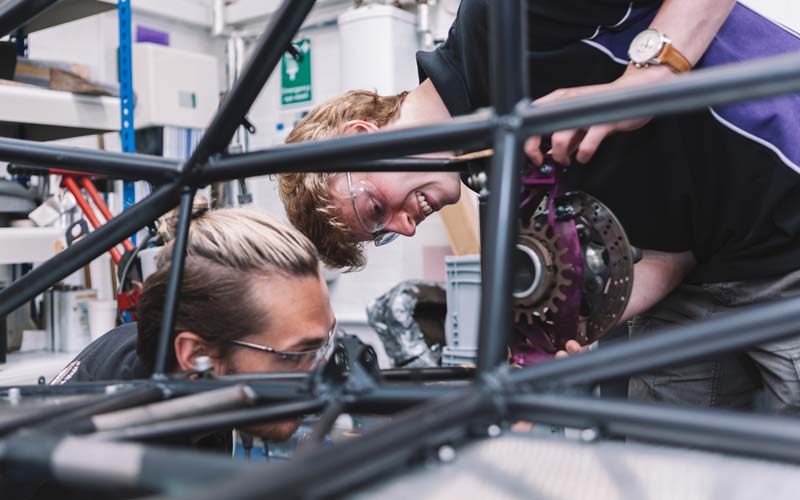 As the team use computational fluid dynamics software (CFD) and finite element analysis (FEA) alongside software such as ‘Solidworks 2015/16’, ‘PTC Creo 2.0’ and ‘Star CCM’, their new specifications needed to give accurate simulations, durability and, most importantly, more speed.

As a sponsor of the team, Novatech supplied a high-end computer with specifications more than suitable for the software’s needs. Novatech kitted out the team with an Intel i7 powered workstation with 64GB of RAM and an NVDIA Quadro graphics card.

So what differences have the team seen?

The statistics above greatly show the improvements a new workstation has made to the team’s simulation experience, which has allowed the team members to test, modify and retest even the smallest of features. Another feature that has been given to the team members is the use of ‘Cinema 4D Studio’, which uses advanced technology, such as a physics engine, to give an accurate representation of the racecar.

The team faces a grueling few weeks ahead whilst they complete and test the car for the Silverstone formula racing competition in mid-July, where they hope to be placed in the top 30% out of over 100 teams. Later on in the summer, the team is competing in Spain where they have previously been placed 16th. However, their main goal for the competitions is complete the endurance trials, which would increase the team’s chances of being placed higher.

We would like to wish the UPRacing team luck in their races and hope their improved specifications and simulations aided the successful production of their racecar.

"A full car simulation can take about 36 hours, whereas it would have taken over a week with our old system… On our old computer we could only get one iteration per minute, but with our new workstation we can get up to 30 iterations per minute." Matt Nokes, Co-lead of the UPRacing team