This system was designed to enable a transition from desktop to server grade hardware. Utilising two Intel scaleable Xeon CPU's offering 96 PCI-E lanes for increased bandwidth and lowers latency between CPU, memory, and GPU to increase data flow. Server grade ECC memory is used to reduce memory to CPU latency, as well as increased reliability from redundant PSU's. This system allows the user the flexibility to scale a tower form factor from a desktop environment into a server rack with the addition of a rail kit. There is no limitation in the scalability that the platform offers. The system is scalable up to a maximum of 4 GPU's offering 24-48 teraFLOPS of FP32 (based on Titan spec) compute performance, allowing for bigger data sets to be experimented on. The system incorporates SSD storage to increase system speed as well as offering 12TB (default spec) of mechanical drive storage. 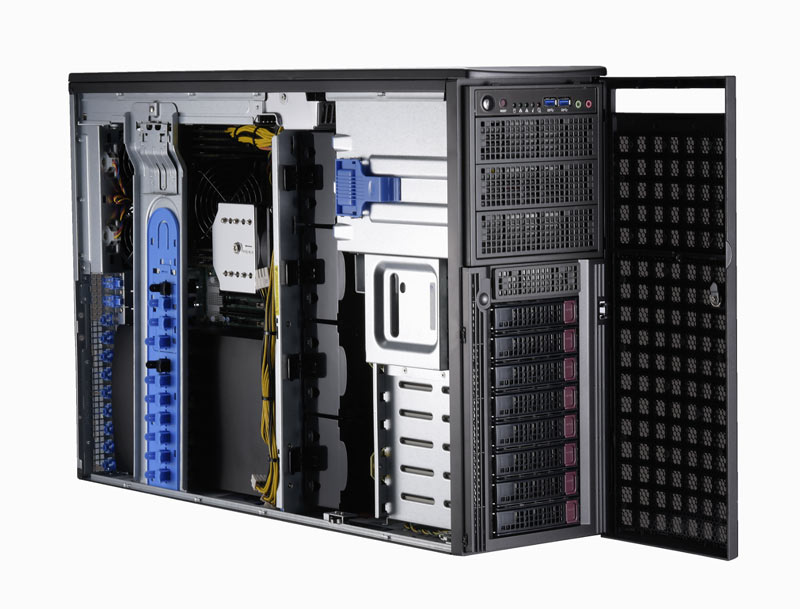 TITAN Xp is purpose-built to deliver up to 3X the performance of previous-generation graphics cards, enabling amazing new possibilities for creatives, researchers, and PC enthusiasts.

NVIDIA have packed the most raw horsepower we possibly could into this GPU. It’s driven by 3840 NVIDIA® CUDA® cores running at 1.6 GHz and packs 12 TFLOPS of brute force. Plus it’s armed with 12 GB of GDDR5X memory running at over 11 Gbps.

The Xeon Silver Series is the next step up from Intel’s Bronze Skylake-SP CPUs for the 3647 socket, targeted at providing efficient performance at low power. Additional features available on the Silver CPUs include Intel Turbo Boost Technology & Hyper-Threading, while also raising the support speed of 6 Channel DDR4 Memory to 2400MHz. The Silver Series also packs all the same features of Bronze, to help power the next-generation of Workstations and Servers.