This is the first in the series of purposely designed systems for training. However, most of the systems in this range, if they were fully populated using Tesla products, could be used also for inference, dependant on the complexity of your models. Utilising two Intel scaleable Xeon Gold CPU's offering 96 PCI-E lanes for increased bandwidth and lowers latency between CPU, memory, and GPU to increase data flow. Server grade ECC memory is used to reduce memory to CPU latency as well as increased reliability from redundant PSU's. There is no limitation in the scalability that the platform offers. The system is scalable up to a maximum of 4 GPU's offering 250-500 teraFLOPS of FP32 (based on Tesla V100 spec) compute performance allowing for bigger data sets to be trained. The system incorporates SSD storage to increase system speed as well as offing 4TB (default spec) of mechanical drive storage. 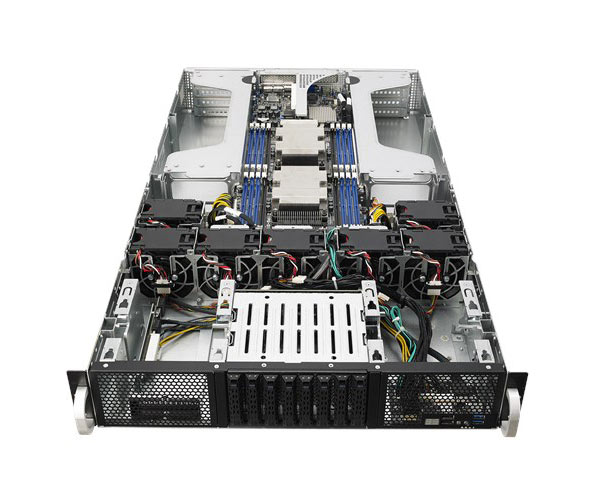 NVIDIA® Tesla® V100 is the world’s most advanced data center GPU ever built to accelerate AI, HPC, and graphics. Powered by NVIDIA Volta, the latest GPU architecture, Tesla V100 offers the performance of 100 CPUs in a single GPU—enabling data scientists, researchers, and engineers to tackle challenges that were once impossible.

Tesla V100 is engineered for the convergence of AI and HPC. It offers a platform for HPC systems to excel at both computational science for scientific simulation and data science for finding insights in data. By pairing NVIDIA CUDA® cores and Tensor Cores within a unified architecture, a single server with Tesla V100 GPUs can replace hundreds of commodity CPU-only servers for both traditional HPC and AI workloads.