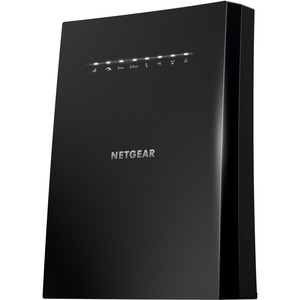 AC3000 Tri-band WiFi Range Extender with patented FastLane3 technology boosts your WiFi to the extreme with speeds up to 3Gbps. From your garage to the backyard, eliminate WiFi dead zones and extend WiFi range to hard-to-reach areas of your home. EX8000 is the most advanced tri-band WiFi extender that includes a dedicated 5GHz band with up to 1.7Gbps for extending internet speeds to your devices. It works with any WiFi router.

Tri-band WiFi Range Extender has patented FastLane3 technology which features Tri-Band WiFi with speeds up to 3Gbps, a Dedicated WiFi Link to the router to avoid halving of bandwidth of extended WiFi signals and innovative antenna design for ultimate coverage. Now you get a congestion free path for all your devices to connect to the internet.

Works with Your WiFi Router or ISP Gateway

Not getting enough WiFi from your Internet Service Provider (ISP) equipment? Get a Tri-band WiFi Range Extender and boost WiFi coverage into every corner of your house and use the same WiFi name.

Nighthawk X6S creates a seamless network throughout your home by using the same WiFi network name (SSID) as your router.

Your WiFi devices like the smartphones and laptops will remain connected to the same network name as you move around your house and yard.

Seamless Coverage for Your Mobile Devices

Smart Roaming intelligently connects your mobile devices to the optimal WiFi for 4K streaming, surfing and more. Now you can enjoy uninterrupted streaming on YouTube or Netflix, even as you move around the house.

Smart Roaming is designed for devices that support the 802.11k standard.

Do you have a pre-wired home? Easily create a tri-band access point using a wired Ethernet connection. Pair with your existing ISP modem to enhance WiFi for your small office or home office and expand your network.

Love your Nighthawk router? Now you can easily build your own powerful extended WiFi network.

Enjoy all the advanced router features that a Nighthawk has to offer and easily build your own powerful WiFi network by adding the Tri-band WiFi Range Extender. Now you have the flexibility to customize networks in 2.4 and 5GHz. Use your existing router's SSID to create a single network or use multiple SSIDs to create separate networks.

NETGEAR makes it easy for you to have the smartest home in the neighborhood, with the latest, fastest networking technology. Our range of easy-to-use products can help you stream movie night more often, watch almost anything on your tablet without buffering, check in on your home from your smartphone and store and protect all of your family’s memories. From the most advanced wireless internet connectivity, to superior streaming, remote home video monitoring, and storage solutions, your home networking system will have the speed, range and performance you need, every time you need it. At NETGEAR, we focus on all things connected, with the goal of making your online experience seamless so you can sit back, relax and do more. 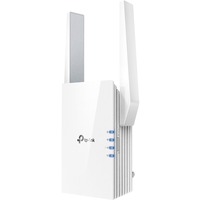 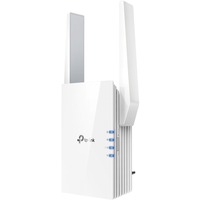